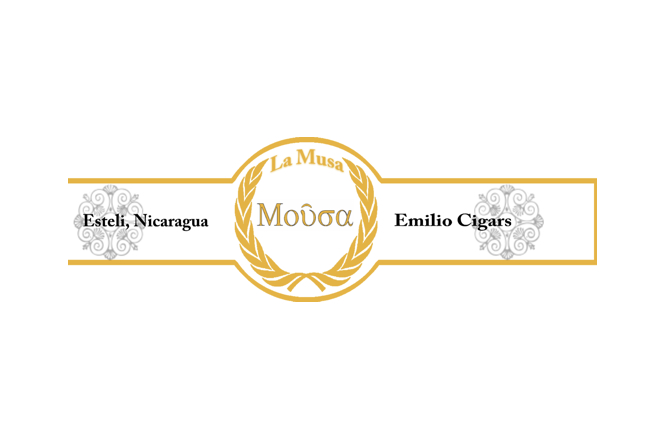 The Draig K will be produced in 3 sizes, namely corona, robusto, and toro. 400 boxes of each have been made and after months of aging will be allocated to our retailers based on how long their account has been open, and how well they’ve supported our core brands in the past. We anticipate shipping these to our retailers at the end of June.

These cigars, made in Nestor Plascencia’s El Paraiso factory, feature a dark Columbian maduro wrapper, and Honduran and Nicaraguan fillers. Assuming continued availability of the wrapper tobacco we may produce these annually, though each year we are also hoping to introduce another blend in the Draig line using equally rare and high quality tobaccos. Time will tell how this goes.

The “K” designation and Welsh theme recognize and honor both my family heritage, and the first initial of my friend Ken, a Welshman who died in a tragic auto accident at about the same time I was finishing this blend. The band was created by a friend of both mine and Ken’s who happens to be a children’s book illustrator, thus the pastel colors. You can save the “pink” comments folks, I’ve already heard it, and it’s not changing. To me this a priceless remembrance of a dear friend. As most are aware, La Musa is the rebranding of our highly acclaimed Grimalkin cigars, made in Esteli, Nicaragua.

There will ultimately be 4 blends in the La Musa series, the first of which, replacing Grimalkin, is simply known as Mousa, the Muse, and is dedicated to a dear and inspiring young friend, whom I often refer to as my muse. The additional 3 blends in the series will be named after he 3 original Plutarchian Muses; Melete, Aoide, and Mneme.

We’ve prettied up the packaging a bit, and given the boxes a stone like texture and pattern to go along with the Greek theme. The bands will vary in color but retain the design shown below. Why yellow for the first? Because it is La Musa’s favorite color.

The second blend, known as La Musa Melete, will be shown at the IPCPR trade show in August, and will ship shortly thereafter. The Melete blending was completed earlier this year, and yields a somewhat stronger, but equally complex cigar as compared to the original. The Aoide blend, to be released in summer 2013, is a much milder cigar with a tremendous amount of nuance.

I’ve added corona to the list of available sizes as a standard production item, along with the existing robusto, toro, and torpedo. Each blend will also see the production of a single release of 250 boxes of lanceros. In 2013 we will also release a La Musa limitado in a single size, toro, which will only be produced one time.

All of the cigars in our AF Series are produced in Esteli, Nicaragua by my dear friend Abdel Fernandez (known to most as A.J.), therefore the AF designation.

I’ve added corona to the list of available sizes in standard production for both AF1 and AF2, and I expect we’ll see these available in July. Our new Emilio AF Suave, with Ecuadoran Connecticut wrapper, should start arriving in retailers later this month. It will be available in 5 sizes; corona, robusto, toro, torpedo, and churchill. The band design remains similar to others in the AF series.

In spring 2013 we will likely release Emilio AF3, and will keep you informed on the progress with this new blend going forward.

Carpe Noctem translates from Latin to “Seize the Night.” This incredibly dark, strong, and spicy cigar will feature a broadleaf maduro wrapper, and plenty of Esteli ligero in the filler. These cigars will be available in robusto, toro, and 6×60 sizes, and packed in cabinet boxes of 20.

I’ve once again gone back to A.J. Fernandez to produce this cigar, and those fond of powerhouses should be well satisfied. We’re still toying with art work for boxes and bands, and expect to release these cigars during the first week of 2013.

For these cigars we’ve begun production with an entirely different factory than we’ve used before, and I’m very satisfied with what they’ve produced. There will be 4 blends in the series, as well as a Los Regalos Vintage 2006, comprised entirely of exquisite tobaccos from the 2006 harvest.

The packaging will feature a Mayan theme, and be a bit more playful and colorful than our other brands. We are hoping to show the first blend in the series, the Quetzal, at the IPCPR trade show in August, with shipment to retailers early in the fall.