May 23, 2013 — Dignidad Del Hombre (Dignity of Man) is the latest creation by Don’Juan to add to his strong line-up of Costa Rican cigars. The new Dignidad del Hombre is a maduro with double ligero combined with unique binders all grown in Costa Rica.

Dignity wanted to add a cigar with more strength and complexity to the line. Dignidad Del Hombre tested very well during the West Coast pre-release. Everything about this cigar is handmade from the rustic style cigar band with the silhouette of Danillo Barboza (the oldest gentleman working at the factory in Costa Rica) enjoying a cigar beside a poem written and designed by Don’Juan for which he dedicates to Danillo and the entire cigar industry. I have been keeping a close eye on Danillo during each visit to the factory and I take pride in watching him work. I wanted to do something to honor his life, image and grace as he truly represents the Dignity of man, being strong, hardworking and dedicated to his craft so others around the world could simply enjoy cigars.

This limited edition shall be available in the following four sizes; Churchill 52×7, Toro 52×6, Torpedo 52×6 and Gordo 62×6. Price is TBD for exclusive retailers only!

Dignity Premium Cigars hail from the world’s only existing pure ancestral, pre-embargo Cuban seeds – traced by fingerprints to Cuban regions such as Pinar del Rio, Vuelta Abajo, Remedios, Artemisa, San Juan y Martinez of the 1940’s and 50’s. Our seed varieties were obtained from Habanesis developed in Cuba in 1907. This was the first standardized black tobacco seed and is the forefather to all modern Cuban tobaccos. Each true-to-type seed has been adapted in Costa Rica while retaining their genotypic and phenotypic characteristics. 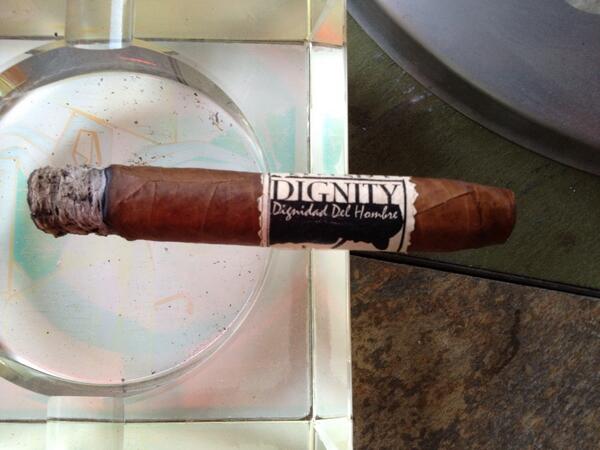