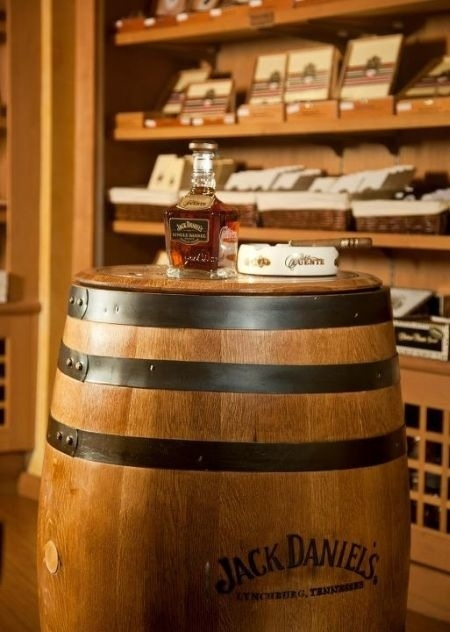 September 21, 2011 — Casa Fuente inside The Forum Shops at Caesars has teamed up with Jack Daniel’s Tennessee Whiskey to create a special limited edition Casa Fuente Single Barrel Whiskey which is now available for purchase at the world renowned cigar bar. Each bottle sells for $85.00 with a portion of the proceeds going to benefit the Cigar Family Charitable Foundation and includes a special commemorative tag designating the limited edition selection for Casa Fuente.

In addition to the limited edition Casa Fuente Single Barrel Whiskey, now through the end of the year, each patron who purchases a bottle will be entered into the Destination Lynchburg contest to win an all expense paid trip for two to the Jack Daniel’s Tennessee Whiskey Distillery in Lynchburg, Tennessee.

“Thanks to the tremendous support in the inaugural year of our Spirits Society, we are able to team with the great people at Jack Daniel’s to offer this limited edition whiskey and very rare experience to their distillery,” said Michael Frey, managing partner of Casa Fuente.

Destination Lynchburg runs through the end of 2011 with the winner being announced on December 31. The Grand Prize winner of Destination Lynchburg will receive airfare for two to Nashville, Tennessee, transportation and two nights’ hotel accommodations in addition to a personal guided tour of the Jack Daniels Distillery, lunch at the famous Miss Mary Bobo’s Boarding House and a shopping spree at the Jack Daniel’s Store.

Casa Fuente will also be teaming up with Jack Daniel’s at the 2011 Cigar Aficionado Big Smoke October 28-30 to create a Casa Fuente Lounge for guests to enjoy Gentleman Jack and cigars as if they were at the cigar bar. Also during Big Smoke weekend, the Jack Daniel’s team will be bringing an engraving machine to the cigar bar for anyone who purchases the limited edition Casa Fuente Single Barrel Whiskey to add a personal message as well as have Carlos Fuente Jr. sign the bottle.