April 24, 2013 — La Flor Dominicana is proud to announce the release of the 2013 Exclusive TAA Cigar, available only to those TAA members that attended this year’s conference in Casa de Campo in the Dominican Republic. 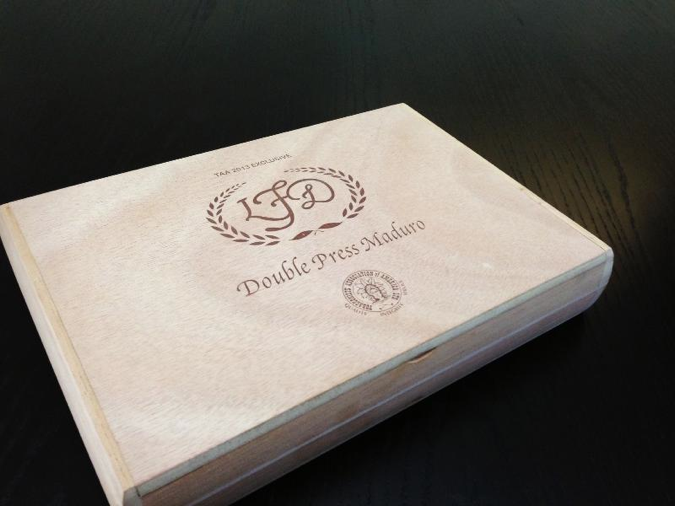 This year’s cigar is the Double Press Maduro. TAA members were treated to a pre release sample of the new cigar and it was unanimous, the cigar is “Delicious and flavorful!” The cigar features the same creative double-sided, box press packaging and Dominican interior blend from our farm in La Canella as the Natural Double Press. The big difference is the addition of a dark, rich Connecticut Broadleaf wrapper. The LFD TAA Double Press Maduro measures 6×52, comes expertly box pressed in boxes of 20. The first few boxes will begin shipping this week, and will only be found at participating TAA tobacconists.