Powstanie is Polish for “rise” or “uprising,” and when brothers Mike and Greg Szczepankewicz created a cigar brand, they decided to use it to pay tribute to their Polish heritage. In specific, they were referencing the Polish resistance movement in World War II, which is also referenced in the colors and logo used for the release.

One of the company’s limited editions is more or less a hashtag: SBC, short for surrounded by champions. Its other limited edition is much more Polish.

It’s called Wojtek, a reference to a famous Syrian brown bear that was purchased as a young cub by Polish soldiers. The bear was enlisted in the Polish army and eventually learned how to carry ammo during World War II.

The Wojtek debuted in 2019 in a 5 x 50 perfecto size. It’s a tweaked version of the company’s Powstanie Habano line, though for this release it uses an Ecuadorian habano wrapper with a Mexican San Andrés stripe, the latter of which isn’t normally found on the regular production Powtsanie Habano. Underneath those is an Indonesian binder and fillers from the Dominican Republic and Nicaragua. 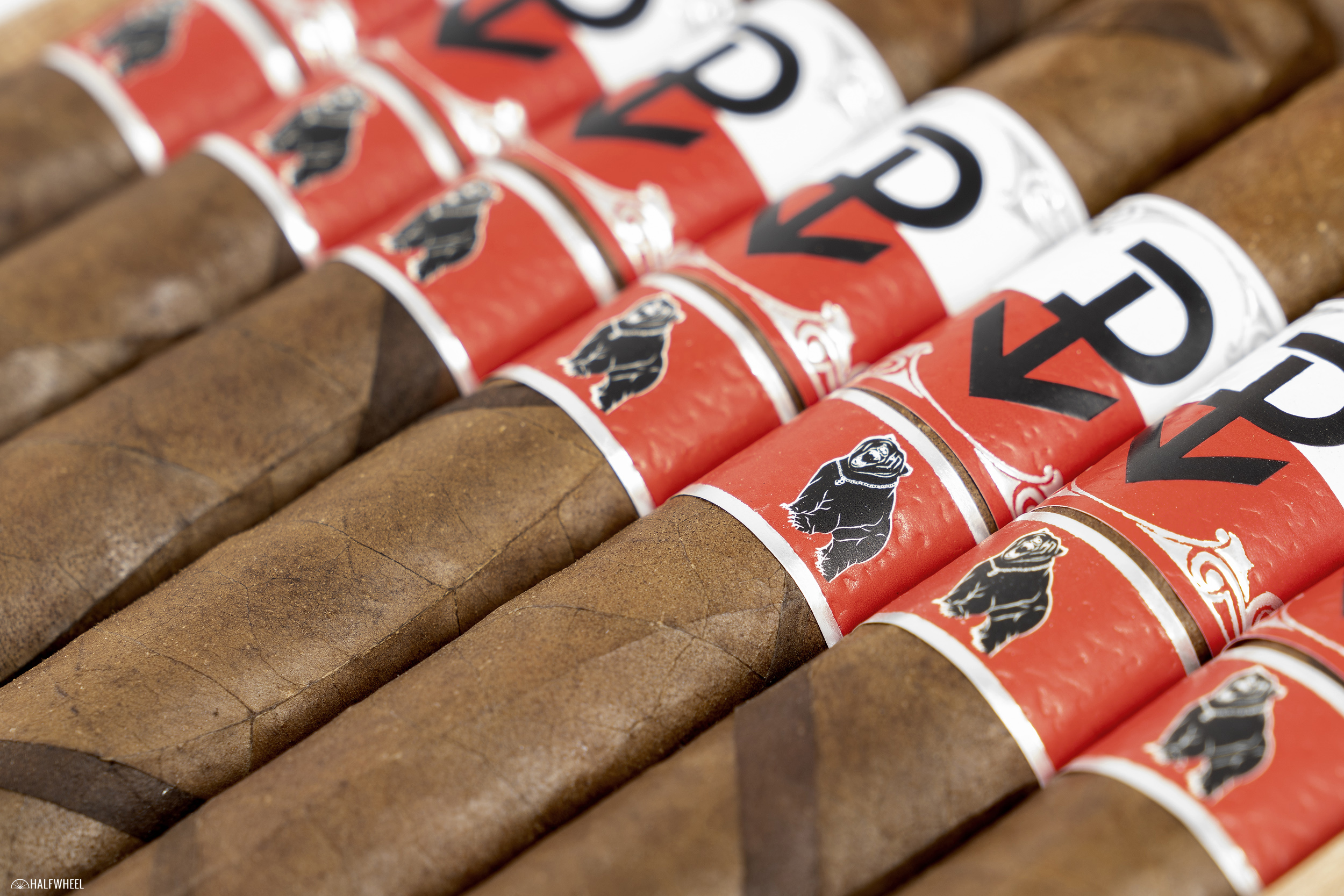 This year, the Wojtek returned in a 6 x 52 toro size. When the company announced the release it produced this video: The Wojtek’s stripe isn’t as obvious as the company’s other striped limited edition, SBC, but it’s pretty obvious there are two wrappers at play. I’m guessing the reason why it looks so different in the various photographs is because of the camera and not the inconsistency between the cigars. But just in case you aren’t sure if this is a regular Powstanie, the secondary band makes it clear that it is not. The aroma from the wrapper is semi-sweet with a medium-full mixture of nuttiness, caramel, earthiness and barnyard. I’m guessing the barnyard flavor might be a result of the San Andrés wrapper, but without dissecting this cigar and its individual wrapper pieces I have no clue how anyone could confidently say one way or the other. The foot is closer to full with wood, sugar cookie, leather and nuttiness. Cold draws are solidly full and have an interesting combination of earthiness over nuttiness, green tea and some generic sweetness.

It begins remarkably similar to the cold draw. My first taste is of sugar cookies followed by toastiness, leather, green tea and damp wood. The earthiness emerges pretty early, sort of morphing out of the damp wood flavor, and takes over as the dominant flavor. It finishes with white pepper, sourdough bread, leather and lemon. Retrohales are sweeter thanks to cocoa and graham cracker over earthiness. They finish with toasted bread, saltiness, white pepper, red pepper and some minerals. For as many flavors I can identify, it feels like the Powstanie just needs some time to open up as all of the flavors are a bit compact and very level, making it more challenging to pick up the various sensations. Flavor is full, body is full and strength is medium-full. Construction is great.

Fortunately, things do open up quite a bit in the second third. The earthiness fades and a bread flavor takes over as the main sensation for the Wojtek. Behind that is bread, lots of pepper, an underlying sweetness, and, at times, some vegetal flavors. The finish is sharper with earthiness, walnut and coffee. Retrohales have earthiness, meatiness and the underlying sweetness has been around for almost the entire cigar. The retrohales finish with chalkiness, meats, leather, cake batter and mushroom. As you might guess, the finish of the retrohale is the most interesting part of the Powstanie in the middle portion. Flavor remains full, body is medium-full and strength is medium-plus. On two cigars, touch-up is needed to help an uneven burn, though smoke production remains fantastic on all three cigars. Unfortunately, the earthiness returns for the final third. While it’s not a flavor that I abhor, it certainly isn’t as interesting as some of the other flavors. Some of this is because when the earthiness is present, it seems to overwhelm most of the other flavors. This time around, it’s a bit more dominant than the first third. The secondary notes of the Powstanie Wojtek 2020 include creaminess, salt and a touch of a floral flavor. It finishes with leather, meatiness, earthiness and saltiness. Retrohales continue to be the most interesting part of the cigar with floral flavors, earthiness, saltiness and lime. No puff seems to deliver them all at once, but given that I’m retrohaling on every other puff and the various flavors come and go depending on the puff. Flavor finishes full, body is full and strength is medium-full. I don’t keep a running list of cigars that should get a redux review in six months, but this is going to be one of them. At the moment, it’s good, but it seems like a wine that needs to be decanted. There’s a complex and full profile, but the parts are less than the sum at its current place. It just feels like it needs to open up a bit, and if it does, this could be special.