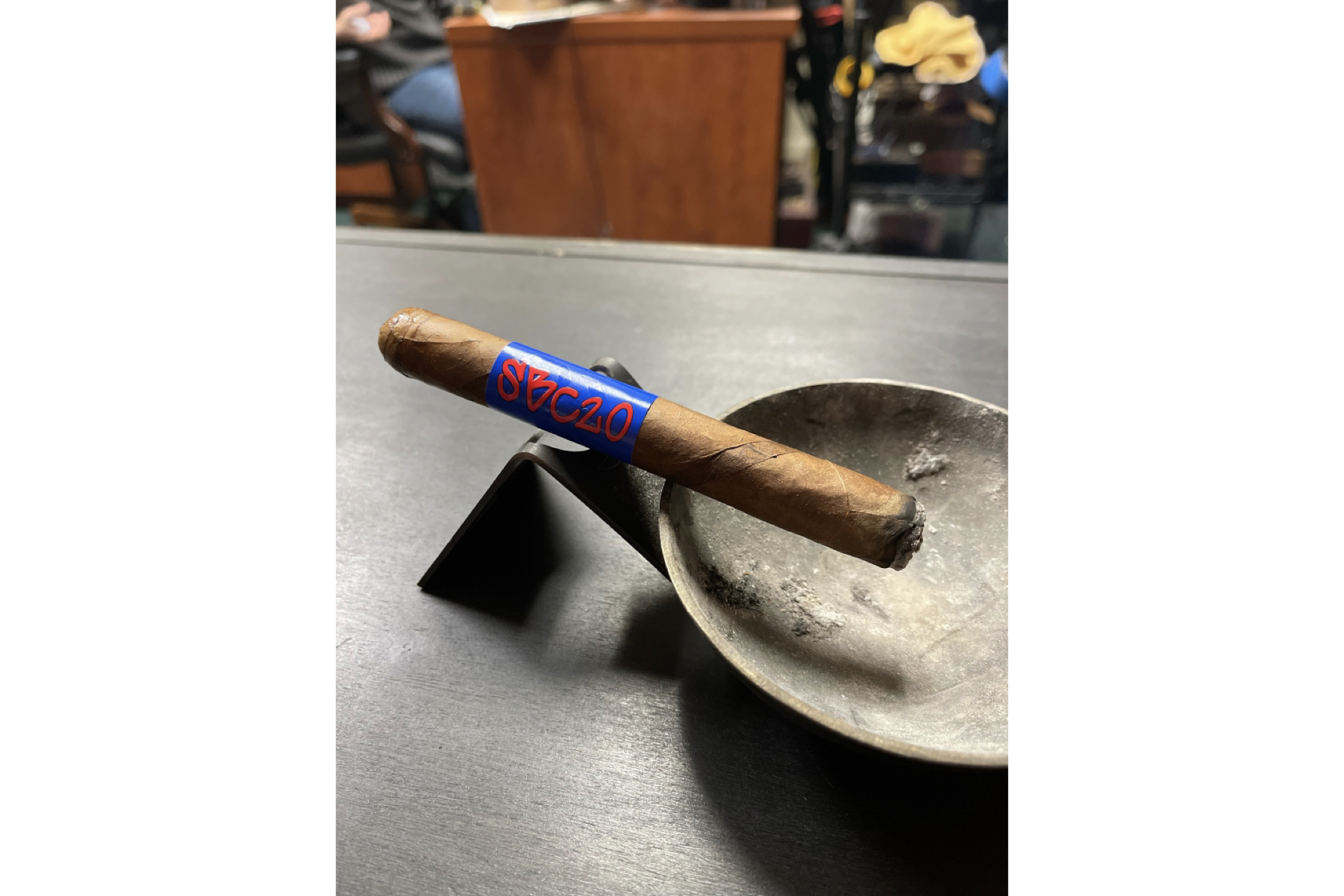 It might be 2022, but Powstanie Cigars is finally ready to ship the 2020 release of its limited Surrounded by Champions Series.

The Powstanie SBC 20 is a 5 1/2 x 46 corona gorda that will begin shipping next week. Like the previous SBC releases, the SBC 20 is a barber pole cigar, this time using Ecuadorian habano as the primary wrapper with Brazilian mata fina as the accenting wrapper. Both the binder and filler tobaccos are from Nicaragua. As with other Powstanie cigars, it is made at Fábrica de Tabacos NicaSueño S.A.

“It’s important to recognize that great accomplishments require the team to be successful,” said the company in a press release. “Too often we see success only as a face of a single man. Surrounded by Champions is a cigar that pays homage to the people that made Powstanie possible. The main ingredient of greatness is the rest of the team.”

Chet Atwell and Mike Palmer were specifically mentioned as two people who “make the brand possible.”

Mike Szczepankewicz, co-founder of Powstanie, told halfwheel that the cigars were rolled in July 2021. This is the third SBC release following the SBC 16 and SBC 18; Szczepankewicz did not commit to whether there would be an SBC 22 release.