Mitchell Orchant’s self-described “little empire” is anything but little. American consumers likely best know Orchant through a special edition Regius product that bears his name, but British consumers likely know him a bit better. Orchant is the managing director of C.Gars Ltd., a British cigar firm that includes 12 retail locations across the U.K.. As if that wasn’t enough, he also operates a large internet retail business; U.K. distribution for Arturo Fuente, STG and others; his own Inka Secret Blend of Peruvian cigars; a Scotch whiskey business and he hosts biannual cigar auctions in London specializing in rare and vintage Cuban cigars. Needles to say, Mitchell is busy, albeit never busy enough to ignore my emails. — CM. 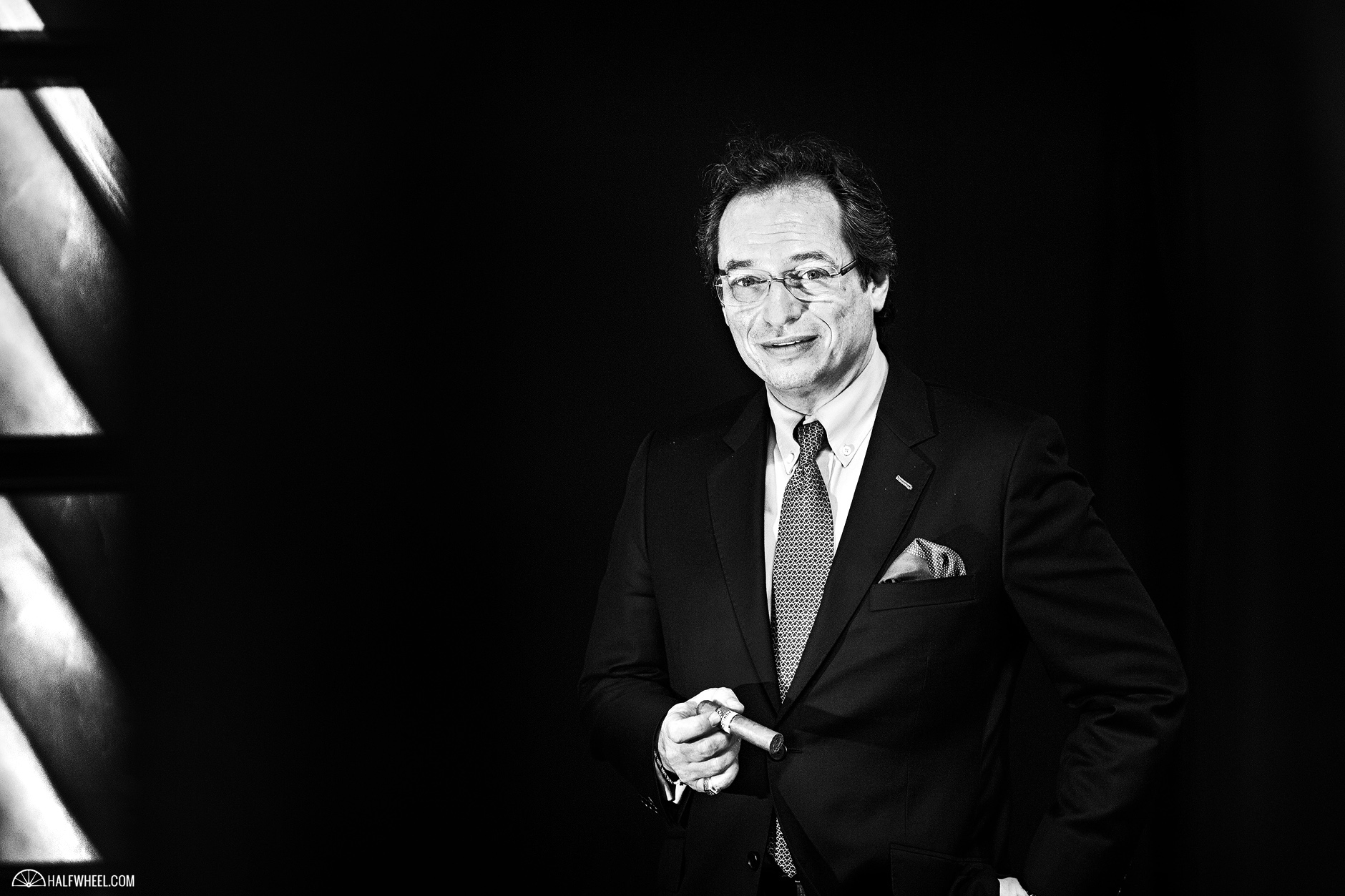 This portrait was taken following the final night’s events during the Festival del Habano XVIII in Havana, Cuba. It was shot using a Canon 5D Mark III and an 85mm f1.8 lens set at f3.2. The shutter speed was 1/100 second at ISO 1600. There were two sources of light: a video light coming from bottom left to light Orchant’s face and cigar and a video light behind him to provide some separation between his dark suit from the black background. The photograph was converted to black and white in Adobe Lightroom and adjusted for contrast and sharpness using custom actions in Photoshop CC.

The bio for this review was written by Charlie Minato, the photograph and photography notes are all produced by Brooks Whittington.