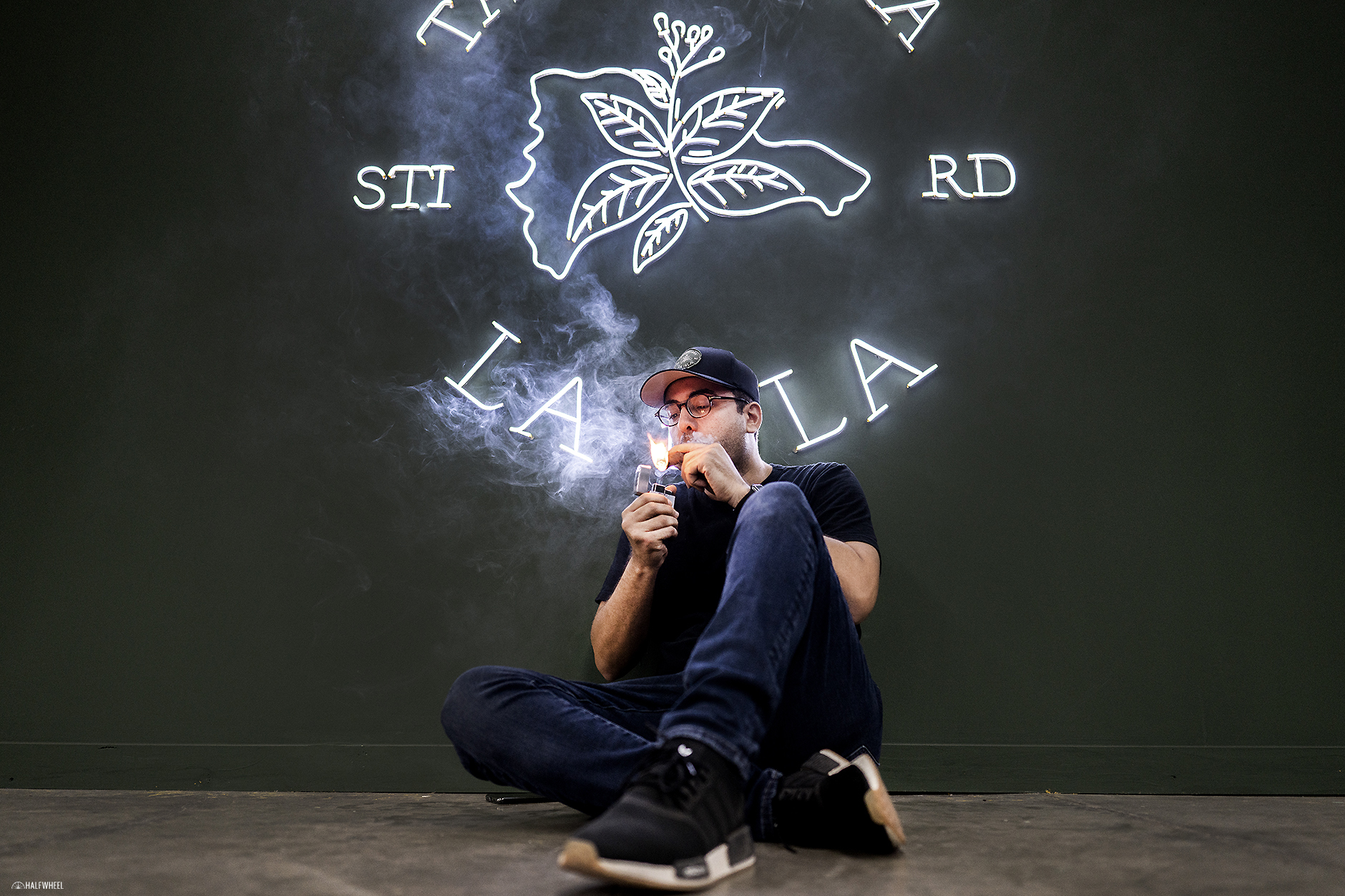 There are certain people in the cigar industry that bring a smile to my face whenever I hear their names. Hostos Fernández Quesada is one of them.

Fernández has been in the cigar business a very long time and has worked in very different parts of the business, including factory operations for Quesada Cigars until 2018 and then as the general manager at Cigar Rings—a multi-national company that produces the paper bands found on cigars.

Both of those former positions prepared him for his biggest change yet, owning his own Tabacalera La Isla factory that opened in late 2020. Located inside the Gurabo Zona Franca—a free zone—in Santiago, Dominican Republic, the new factory currently has 10 pairs creating cigars, but the complex has space for quite a few more in the future.

For those of you that want to know more technical details, this portrait was taken in the rolling room at Tabacalera La Isla with a Sony a7RIV and a Sony 24mm ƒ/1.4 lens set to ƒ/1.6 and 1/1000 of a second. The ISO was set at 640 and there were four sources of light: incandescent light from the ceiling of the factory, light from the tubes spelling out the logo and name of the factory behind Hostos, a video light held by Charlie to the left of the camera and the light emanating from the lighter/foot of the cigar. The photograph was converted from RAW in Photoshop 2022 and adjustments were made using custom actions.