Dan Welsh might be the most famous cigar retailer in the world without a store. His New Havana Cigars established itself as the retailer for Pete Johnson’s Tatuaje brand thanks to a host of exclusive offerings and access to certain small batch projects. In 2011, he began offering a line called Surrogates with a fare bit of secrecy. A year later, the line became part of the debut offerings from L’Atelier Imports, a company ran by Welsh, Sean “Casper” Johnson and brothers K.C. and Pete Johnson. 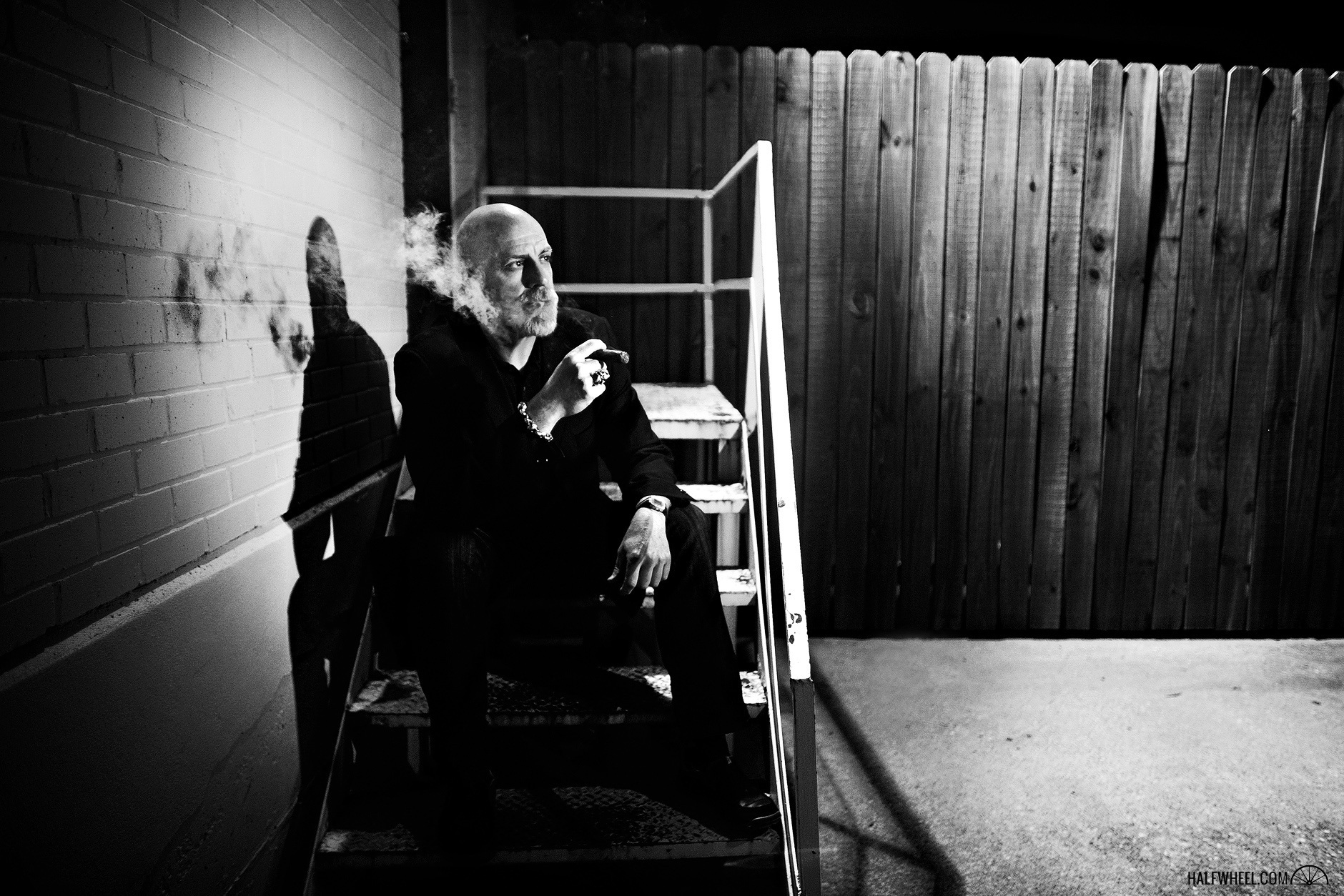 This portrait was taken in Richardson, Texas using a Canon 5D Mark III and a 24mm f/1.4 lens set at f/1.4. The shutter speed was 1/125 second at ISO 1600. There were two main sources of light: ambient incandescent light from a building spotlight to the top left of the frame and two incandescent video lights used to light his face and cigar (held by none other than K.C. Johnson), which is what is casting the shadow behind him on the wall. The photograph was color corrected in Adobe Lightroom and adjusted for color, contrast and sharpness as well as converted into black and white using custom actions in Adobe Photoshop CS6.