Abraham “Abe” Flores’ PDR Cigars is the newest member of Procigar, the Dominican Republic’s cigar manufacturer’s association. It is in many ways an old boys club—with one female member—a who’s who of Dominican cigars.

Most of the factories are very well-established, generational businesses and yet Flores’s PDR Cigars factory has only been open since 2011. He got his start in the cigar business working for a cigar retailer who needed help with their internet businesses, then partnered with Tabacalera Don Leoncio and launched his own brand, Pinar Del Rio, named after the famed growing region in Cuba. Now Flores has his own factory, an internationally-distributed brand and a growing list of clients who he makes cigars for. 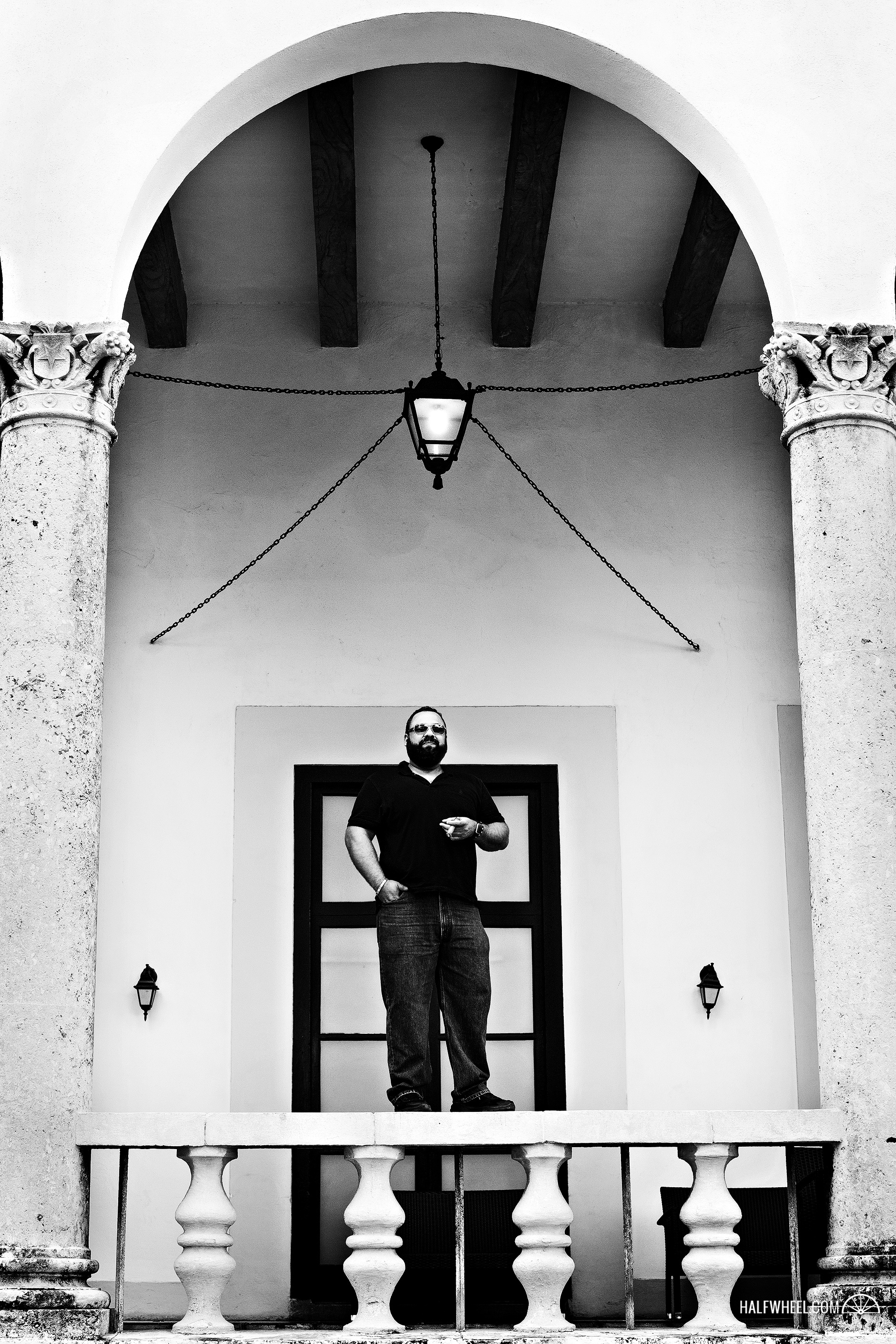 This portrait was taken at the Hotel Nacional de Cuba during the Festival del Habano XVIII in Havana, Cuba. It was shot using a Canon 5D Mark III and an 50mm f1.2 lens set at f5. The shutter speed was 1/320 second at ISO 400. The only source of light was the sun, which was directly behind the building Flores is standing in. The photograph was converted to black and white in Adobe Lightroom and adjusted for contrast and sharpness using custom actions in Photoshop CC.