If you want to know what Ernesto Padilla is thinking, just ask him. The son of Heberto Padilla, the famed Cuban poet, does not mince words. His 11-year tenure in the cigar business has had its ups and its downs, and yet the winner of Stogie Review’s Best Survival Of The Year Despite Repeated Prediction Of Failure (2009) award is still kicking. These days, he partners with Oliva Cigar Co.; he’s traveling and he’s still finding time trying to be the anti-cigar business, a title he takes seriously. 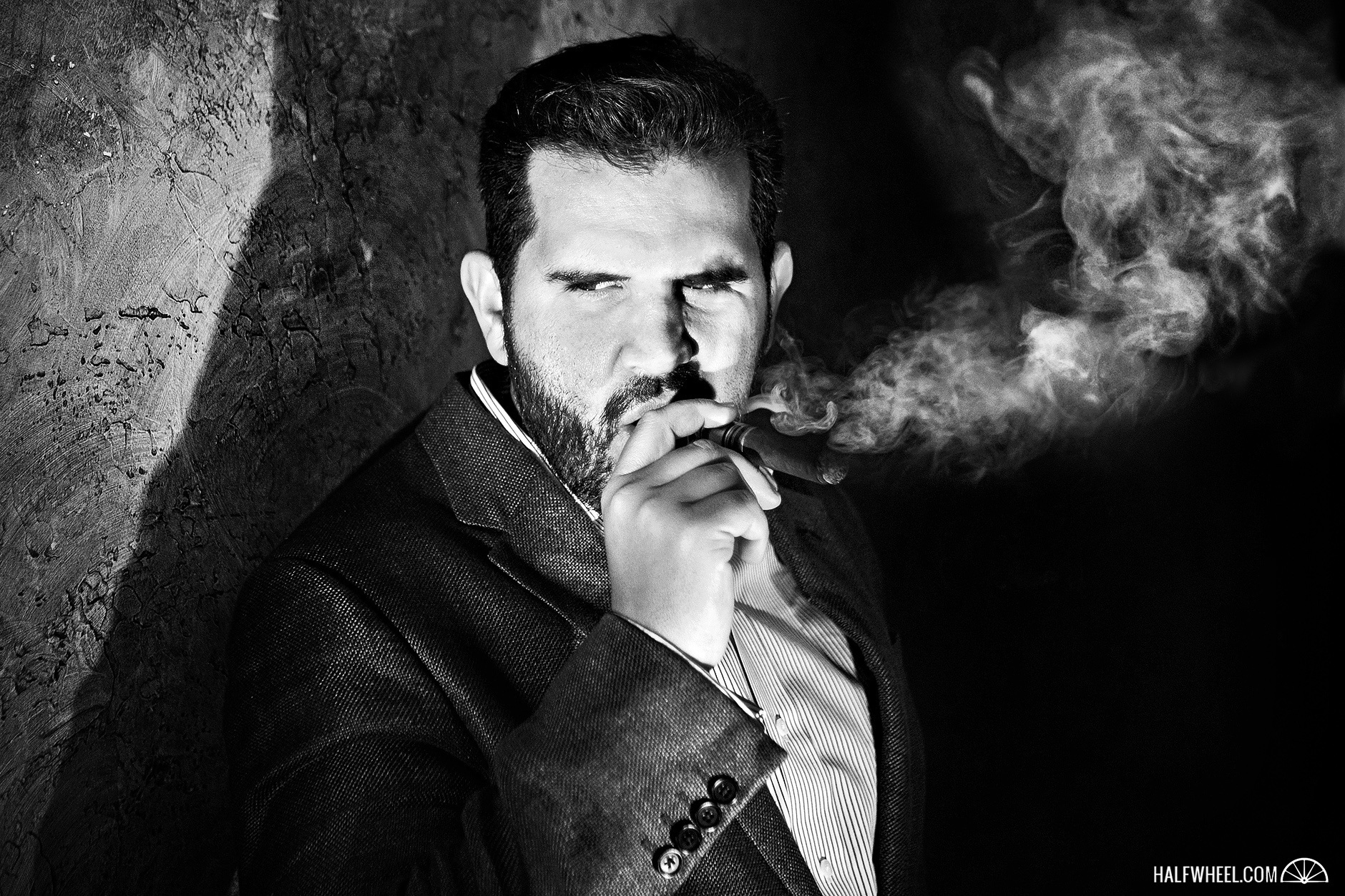 This portrait was taken at Elite Cigar Cafe in Addison, Texas (in the bathroom hallway) using a Canon 5D Mark III and a 24-70mm  f/2.8 lens set at  f/2.8. The shutter speed was 1/250 second at ISO 1600. There were two main sources of light: ambient incandescent light from a bulb on the top left of the frame and two incandescent video lights used to light his face and smoke from below, which is what is casting the shadow behind him on the wall. The photograph was color corrected in Adobe Lightroom and adjusted for color, contrast and sharpness as well as converted into black and white using custom actions in Adobe Photoshop CS6.