For the most recent La Sirena project, Arielle Ditkowich was challenged by fans of the brand to create a new cigar but at a more wallet-friendly price point; about $7 to be exact.

To do this, she worked with the crew at Erik Espinosa’s La Zona factory in Nicaragua to source tobacco that maintained the flavor quality of her other lines, but could be obtained at a price point that stayed within the goals of the project. Additionally, she dialed back one aspect of La Sirena cigars that the company has been known for: the packaging. Instead of the large, lavish bands that have graced previous releases, this new cigar would be much more subdued, as would the boxes.

The result is Porthole by La Sirena, a limited edition group of three cigars that is not only for fans of the line who want a La Sirena cigar with a smaller price tag, but also for La Sirena retailers as a thank you for their support of the brand.

As mentioned above, there are three cigars in the line, with two sizes sharing the same blend and the third size using a different wrapper. The biggest and the smallest sizes, a Corona (5 x 44) and Gordo (6 x 58), use an Ecuadorian habano oscuro wrapper over Nicaraguan binder and filler. The third size, a 6 x 50 toro, replaces the wrapper with an Ecuadorian Connecticut leaf while keeping the insides intact. While I wouldn’t call the Porthole an unattractive cigar, there are a few spots on one wrapper that would suggest why it was used on this line, such as a vein or two that is a bit more prominent and gets bunched up and a jagged cut on the wrapper that shows on the seam lines. It’s not horrible by any means and wouldn’t stop me from considering this cigar were I to see it in a humidor, but it is one of those points of differentiation. The other of course, is the more simple band, though for this review the cigars were unbanded. It’s a well-rolled cigar, firm and straight with a bit of give and no visual irregularities. The prelight aroma is mild and slightly sweet, with a subtle barnyard note but nothing that jumps off the cigar. The cold draw offers just the right amount of resistance and an equally mild note; while I struggle to pick out significant flavor terms, I get a bit of bread, peanut, and pencil wood.

There’s a good bit of pepper in the first puffs but a noticeable metallic and almost sour bitterness that tags along in the first few puffs, but the Porthole shakes it off fairly quickly, leaving the cigar with a subtle and building earthiness with the pepper slowly intensifying and shining through along with a bit of robust rock. The first retrohales are very impressive and are easily the highlight of the first inch, delivering a very clean and potent black pepper that lights up the nostrils very well. The ash isn’t the prettiest I’ve ever seen, more because of its clumpy texture than its dark gray color, and it holds on for a good inch or so before finally breaking loose. The burn line has been sharp and even with plenty of smoke production, and no touch ups have been needed in the early going. With the first clump of ash gone, the pepper settles down just a notch and the cigar finds a spot that is well-balanced and flavorful with some earthy richness and front of the tongue tingle from the pepper. The second third of the Porthole begins without much fanfare or attention, though don’t take that as a knock; as mentioned above the cigar found a great flavor spot at the end of the first third and is simply continuing on with it. It’s medium to medium-plus in terms of body and strength, with the reduced pepper helping to ease it down a bit from where it was earlier. Towards the midpoint I get just a bit of harshness, though I’m not sure if it’s the tobacco or the vitola that’s the culprit, as there seems to be some solid earthy flavors underneath but the cigar may just be giving me too much of them for a few puffs. Thankfully, it’s fleeting and the cigar gets back to its core flavors fairly quickly, while the burn line continues to be sharp and even, a beautifully-constructed cigar with no issues to this point. 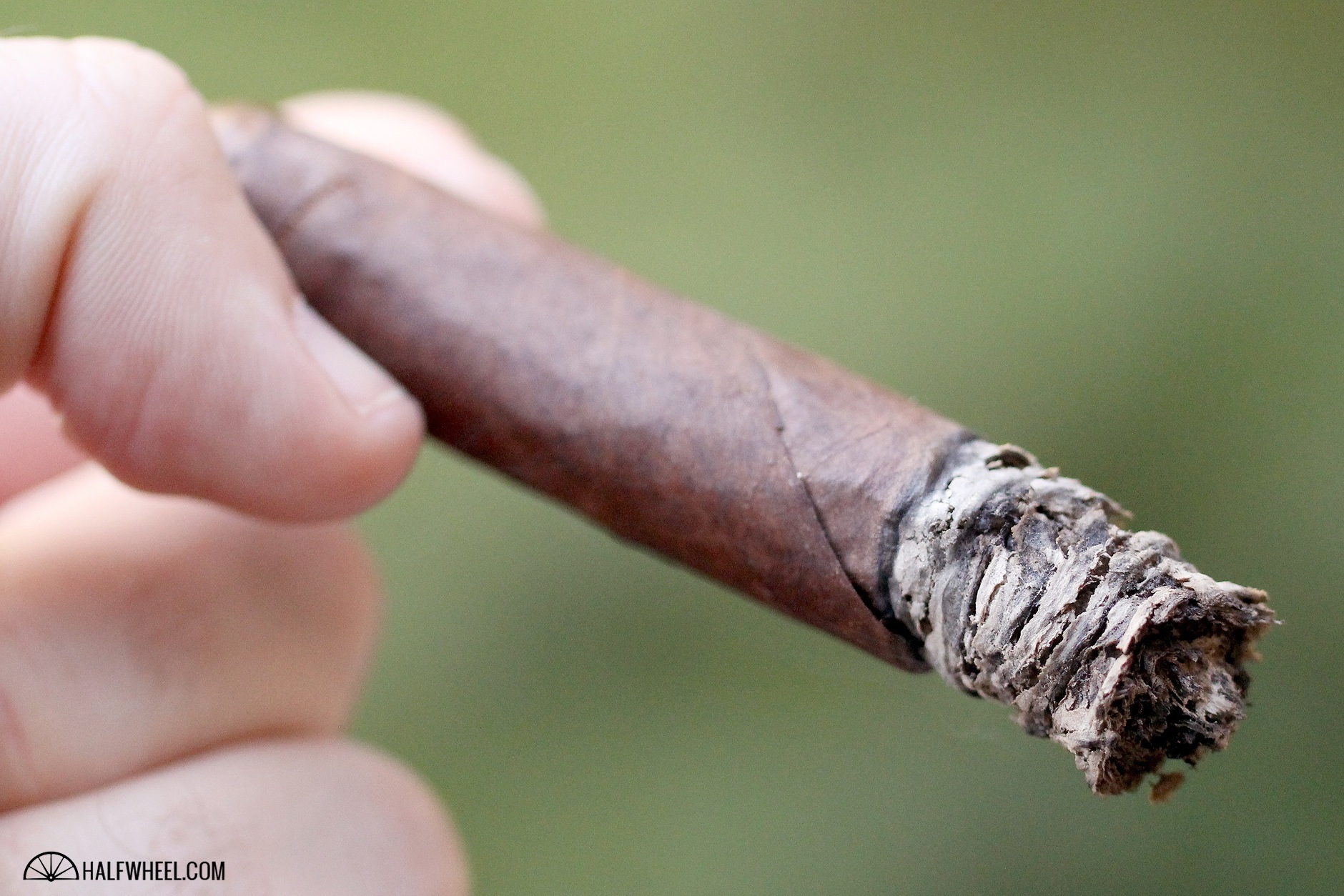 Almost on cue with when the burn line crosses into the final third, the Porthole starts to crank the strength up a bit, with a rounded pepper note leading the way on the palate and a fuller profile on retrohales that is marked by a complex aroma of pepper, earth and wood smoke. Like most small ring gauge cigars, it’s beneficial to smoke this size of the Porthole a bit slower and keep it from overheating, though the balanced flavor makes it a challenge at times to resist the urge to take another puff. The finish can sit a bit heavy on the palate, both in terms of the body of the smoke and how long the flavor stays on the tongue, but that doesn’t stop the cigar from being smoked down to a small nub. I really like the challenge that this cigar came from, and think that Arielle Ditkowich and the team at La Zona did a remarkable job with it. I’m all for stripping down the packaging of a product if it reduces the cost and leaves a cigar this flavorful behind, and the Connecticut version is equally as enjoyable. This is a fantastic execution of an idea that should be a hit with La Sirena fans and retailers, as well as those who may never have tried the line before.