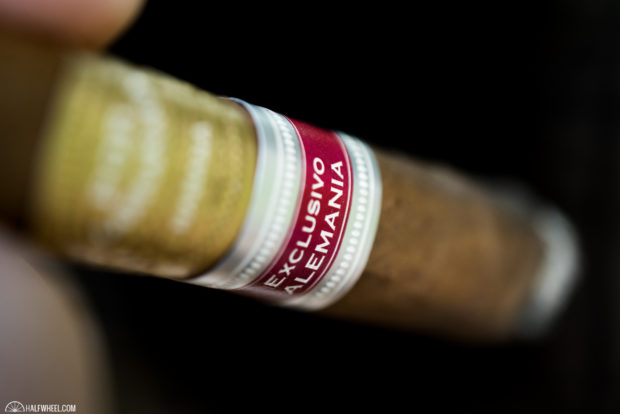 There is only one first of anything, and the first Edición Regional for the Por Larrañaga marca was the Lonsdales.

Released in 2006—just one year after the Edición Regional program began—the Lonsdales was not only the first Por Larrañaga addition, it was also one of the two first regionals made for Germany, the other being the Bolívar Colosales. The 6 1/2 x 42 lonsdale was packaged in individually numbered dress boxes of 25 with only 2,400 boxes released, meaning a grand total of only 60,000 cigars were sent to Germany. 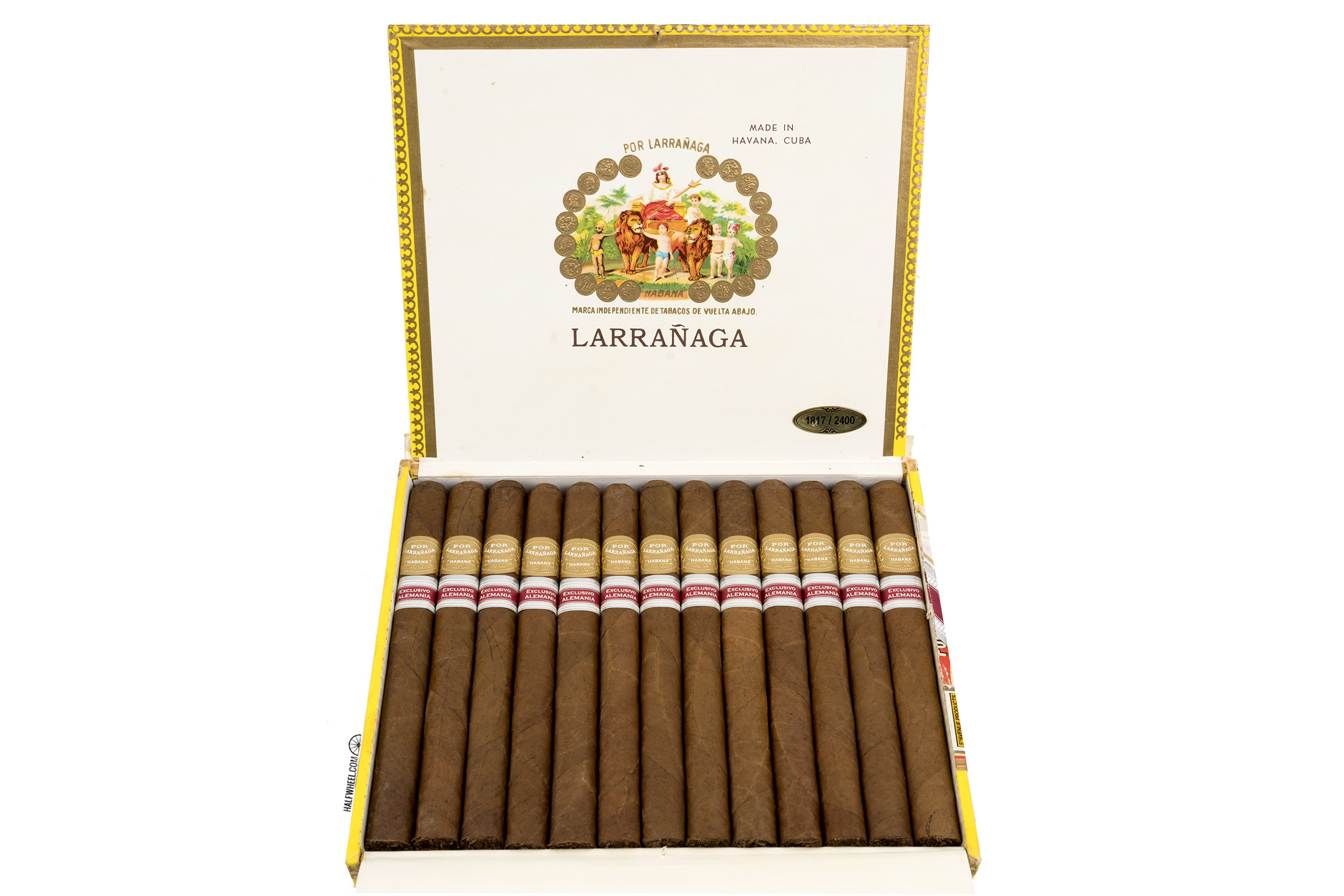 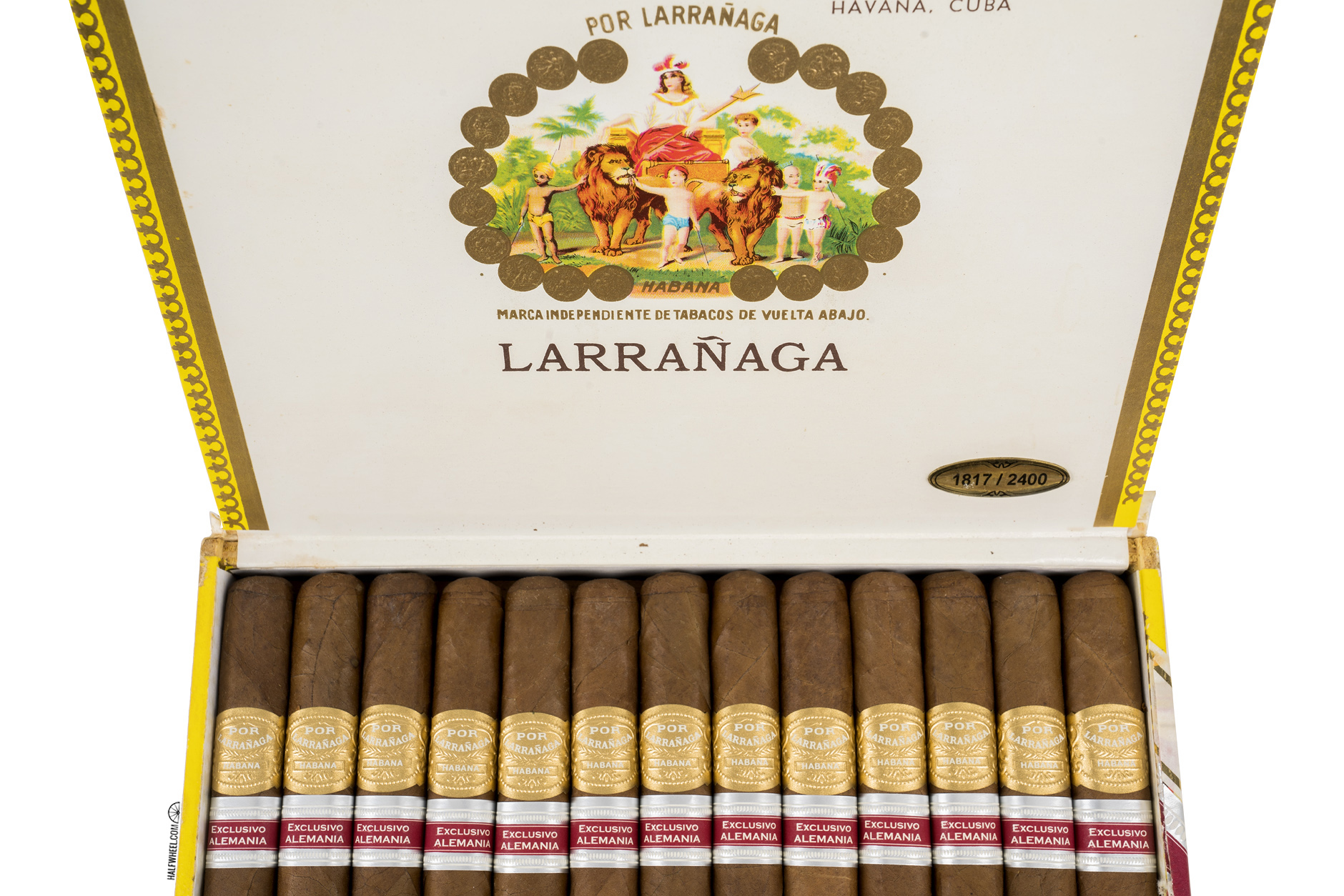 The Edición Regional program started in 2005 and utilizes the 17 local and multi-local brands for their releases exempting the ten worldwide premium global and niche brands. The cigars are limited production releases with a minimum run of 25,000 cigars and are made exclusively for a regional market, which can range from a specific country to a geographic region.They are available for one to two years, after which time the cigar can be added to the line’s current production range. The vitolas used for Edición Regional releases must be selected from current production vitolas, but ones that are not already used by that lineIn addition, recent changes, as noted by Trevor Leask of CubanCigarWebsite.com, have included a lifespan of 12 months with release dates generally in August, September and October.

In addition, while some regions have received multiple releases in a calendar year, it has been reported that starting in 2012 Edición Regional releases will be limited to one per distributor.

Finally, the cigars generally use the marca’s main band with a second red and silver band that indicates the region it was made for, in the format “Exclusivo ___” with the region’s name in Spanish. Neither Por Larrañaga nor Alemania was part of the inaugural group of Edición Regional cigars in 2005 – Italy and Switzerland each got a Punch and Ramón Allones release that year. 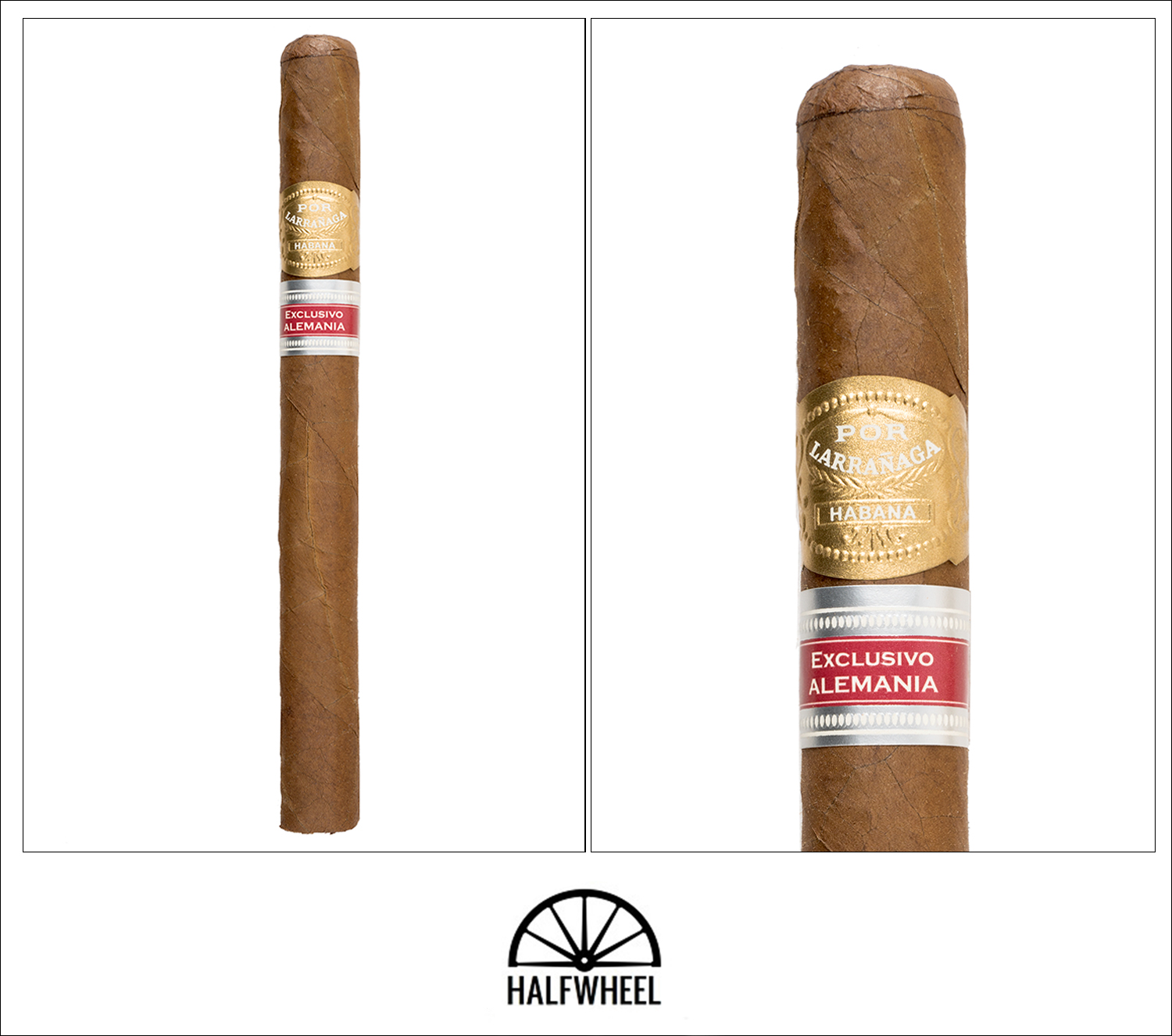 I can’t remember the last time I saw a box-pressed Cuban cigar, but the Por Larrañaga Lonsdales undeniably has that feature and is covered in a gorgeous golden brown wrapper that is fairly smooth to the touch. While there is virtually no oil visible on the wrapper, but there are a number of extremely prominent veins running up and down the length of the cigar. The aroma from the wrapper leaf is a combination of strong cinnamon, barnyard, earth, hay, manure, apple and cedar, while the cold draw brings flavors of aged wood, bread, earth, cocoa nibs, hay and slight cinnamon.

Starting out the first third, the Por Larrañaga Lonsdales features a number of flavors, including a dominant aged cedar and cinnamon combination, followed by notes of milk chocolate, hay, leather and a touch of orange peel citrus. There is some noticeable white pepper on the retrohale as well as some obvious vanilla sweetness, while the finish is full of dark chocolate. After taking just a little off of the cap with a straight cut, the draw is giving me a wonderful amount of resistance with every puff, while the burn is excellent so far and the smoke production is above average off of the foot. Strength-wise, the Por Larrañaga fails to even come close to the medium mark by the end of the first third, although it does seem to have a little more life than that. 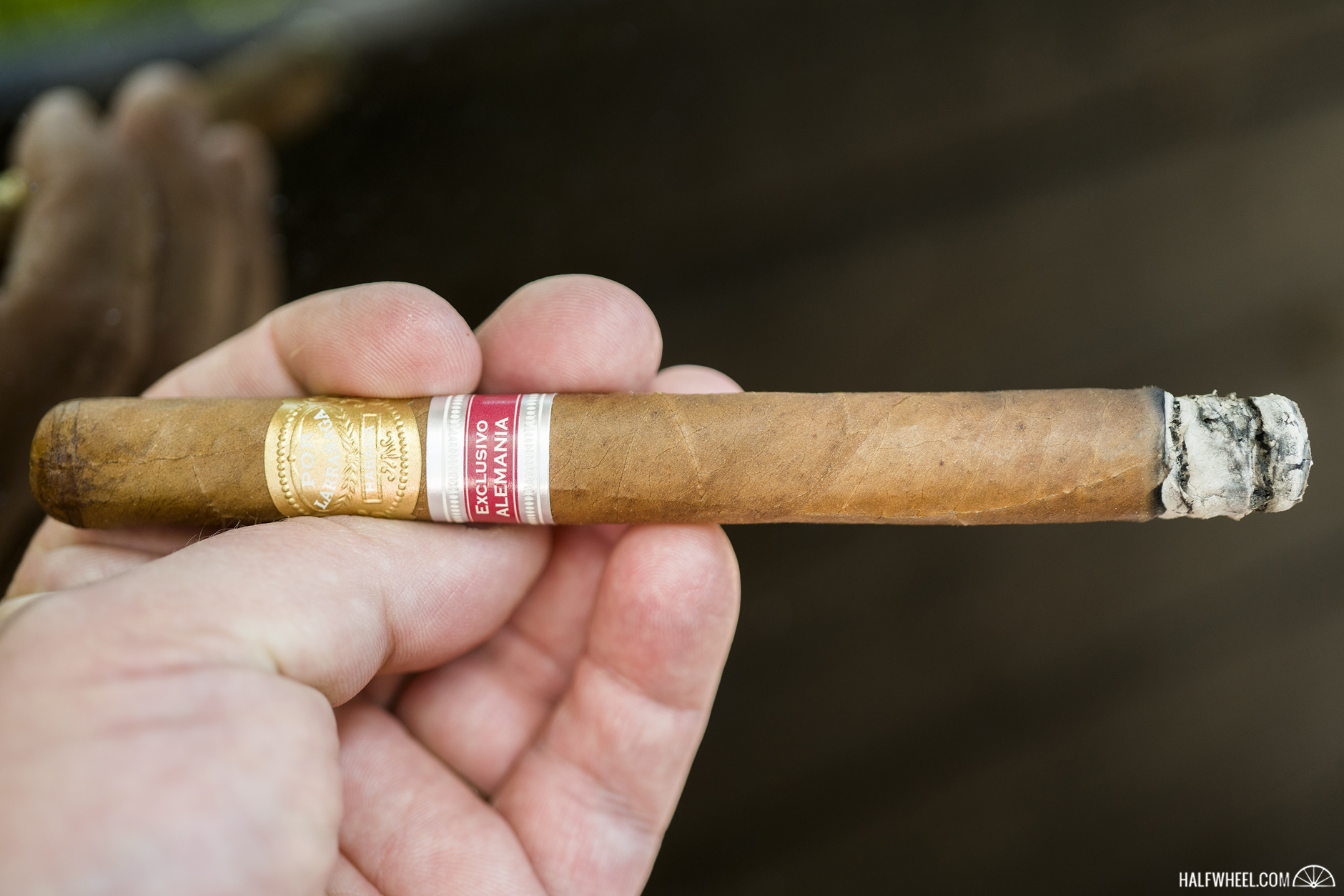 The vanilla sweetness begins to morph in the second third of the Lonsdales, changing into a wonderful maple sweetness by the halfway point. Dominant flavors continue to be the same cinnamon and aged cedar combination, although I am picking up some spice my lips as well. Other notes of rich espresso, leather, salty peanuts, dough, gritty earth and barnyard flit in and out, while both the white pepper and orange peel citrus on the retrohale have increased ever so slightly. Construction-wise, the draw continues to give me no issues whatsoever, but the same can’t be said about the burn, which becomes problematic enough that I have to touch it up. The overall strength easily increases enough to come close to the medium mark but seems content to stay there for the duration of the second third. Coming into the final third of the Por Larrañaga, the aged cedar flavor remains strong, but the cinnamon note from the first two thirds has begun to recede and is slowly being replaced by a floral note that has come out of almost nowhere. Other flavors of creamy peanuts, rich coffee beans, toast, grass, leather, earth and the now familiar orange peel citrus duke it out for space, while the maple sweetness continues to add complexity to the profile by pairing nicely with the white pepper on the retrohale. Thankfully, the burn has evened up nicely and the draw continues to be fantastic, but the strength ends up just slightly below the medium by the time I put the nub down with less than an inch to go. 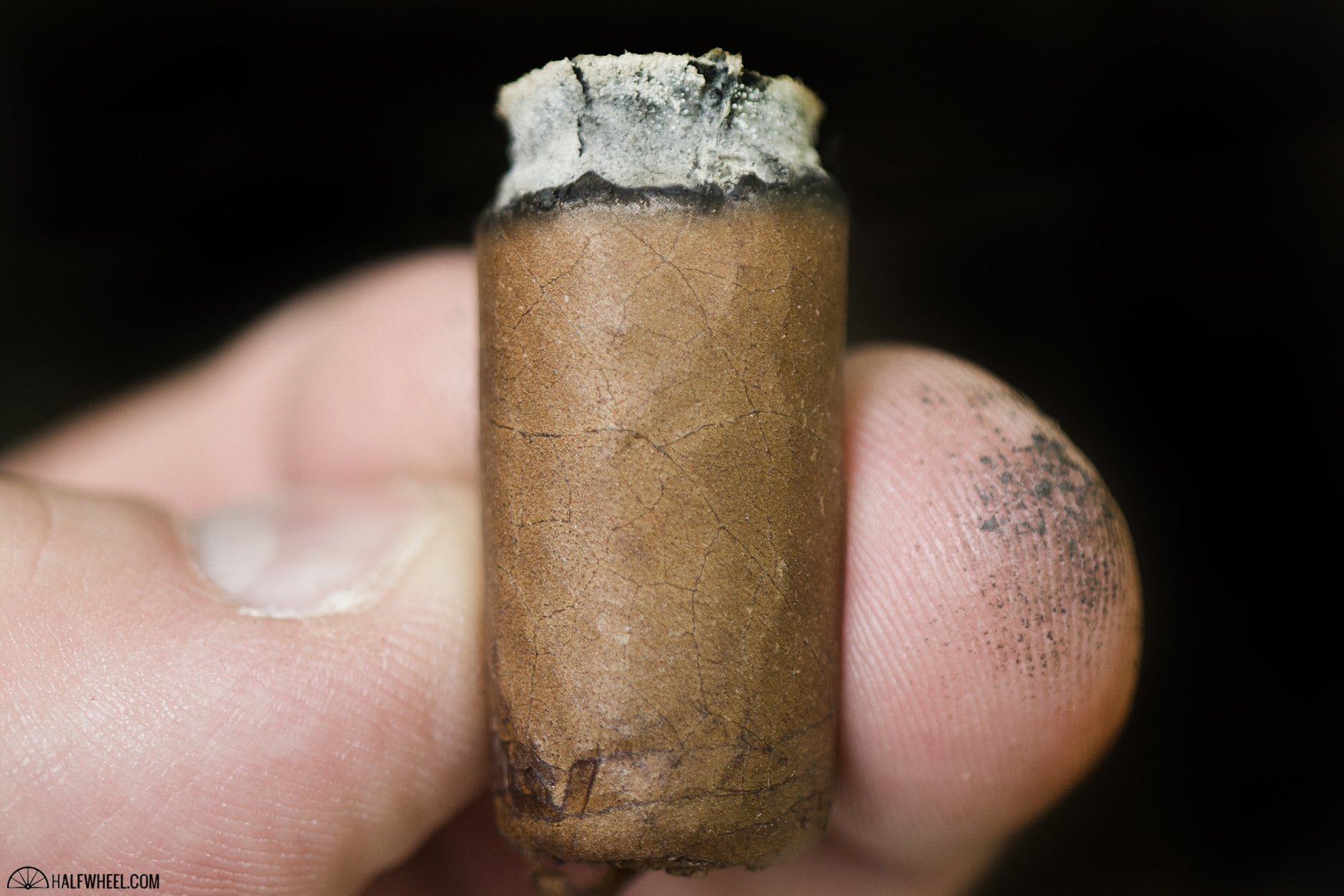 If you read back through my reviews on this site over the years, you will see that I have had some issues with some of the newer members of the Edición Regional program. Having said that, either due to the close to 12 years of age or just the contention that Cuba was using better tobacco back then, the Por Larrañaga Lonsdales is an excellent cigar in a great vitola. Full of a strong and distinct cinnamon note—a flavor that I don’t usually associate with the profiles in the majority of Cuban cigars—the Edición Regional from 2006 is complex, nuanced and well-balanced, and is easily one of the better releases in the series I have smoked in quite a while.