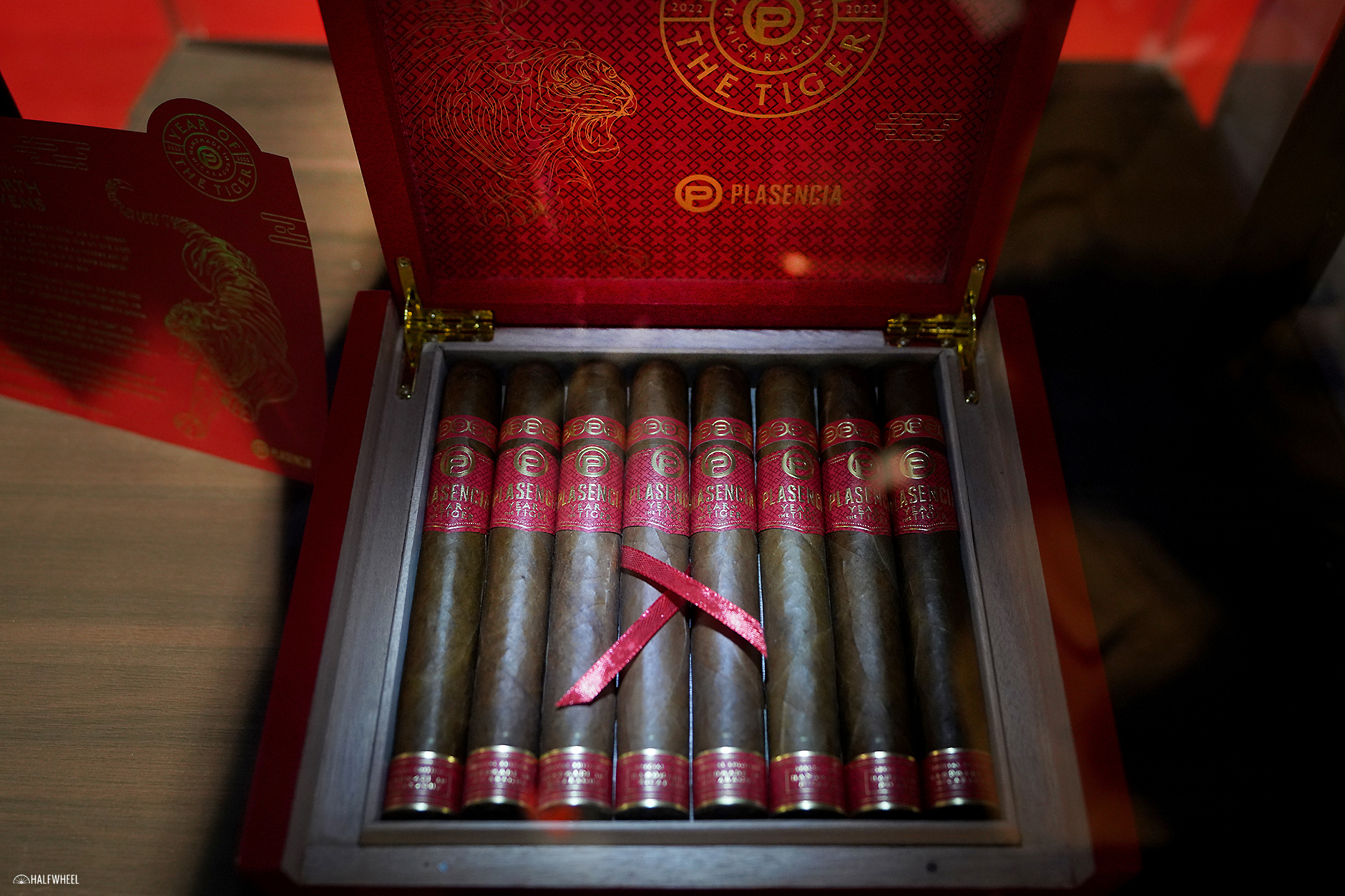 Plasencia’s Year of the Tiger Heads to U.S. Stores

The Plasencia Year of the Tiger is officially on its way to stores in America today.

The cigar shipped began arriving at stores in international markets in mid-January and was shown off in the U.S. at the 2022 Tobacco Plus Expo in late January. It is a 6 1/4 x 54 Nicaraguan puro that the company calls medium-bodied, due in large part to the blend using tobacco that has been aged for 10 years in the Plasencia library of tobaccos.

“Smooth and flavorful is the best way I can describe the Year of the Tiger,” said Nestor Andrés Plasencia via a press release. “This medium strength cigar delivers notes of chocolate, nuts, and some initial spiciness.”

It comes with an MSRP of $40 for the U.S. market, with 2,500 of the 6,250 eight-count boxes destined for U.S. shelves. The remaining cigars will be sold throughout the world, with several international retailers already listing them for sale.

This marks the second year that the company has released a cigar celebrating the Chinese Zodiac, as last year Plasencia created a cigar for the Year of the Ox but did not offer it to U.S. retailers.

Davidoff, Drew Estate, Maya Selva and VegaFina have also announced releases for the Year of the Tiger, the animal for the current Chinese New Year, which will last From Feb. 1, 2022-Jan. 21, 2023.

Update — Clarified that this cigar was already on sale in international markets last month.