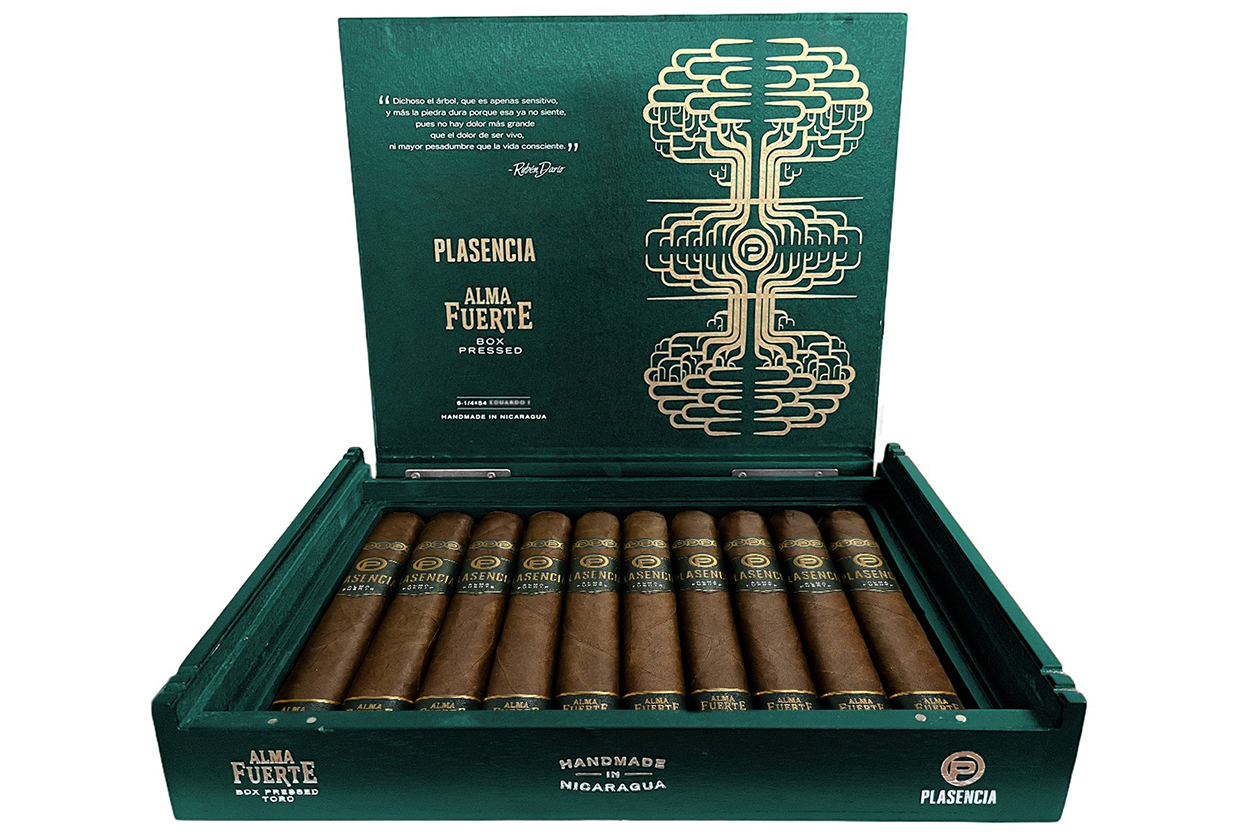 The Plasencia’s Alma Fuerte Colorado Claro will be getting a new 6 1/4 x 54 toro vitola that is being called Eduardo I and which is scheduled to be on store shelves in mid to late September.

The company announced the new size via Cigar Aficionado, with that report saying it will be priced at $20.60 per cigar and packaged in 10-count boxes. The cigar is named for Eduardo Plasencia, who was one of the first family members to grow tobacco after he moved from Cuba to the Canary Islands in 1865.

The Alma Fuerte Colorado Claro line debuted in 2021 and is a Nicaraguan puro that uses a wrapper grown by the company in Nicaragua’s Jalapa region that is lighter than the main Alma Fuerte blend. The company says that the wrapper has been aged for 10 years prior to the cigars being rolled.

The initial size in the line was a distinctive, hexagonally pressed 6 x 60 gordo, meaning that the cigar had six distinct sides.

A representative of Plasencia has not yet replied to an email seeking to confirm the accuracy of the Cigar Aficionado report.

Update (July 1, 2022) — Plasencia 1865 issued a press release about the cigar, with details and an image added to this story.