A quick glance at the name of one of Plasencia’s newest releases may have you thinking of one of the handful of cigars to bear the family’s name recent foray into eponymous cigars, and it’s not by coincidence.

While the Plasencia family is best known for its massive tobacco growing operation and making a number of cigars for other companies, it hasn’t completely shied away from putting its own name on the band. Case in point, the Plasencia Reserva Organica, a cigar made with organically grown Nicaraguan tobacco in the same style of the Nicarao Indians more than five centuries ago.

This summer, the company released another entry into the organically grown category, the Plasencia Reserva Original.

According to a statement issued by the company, the Plasencia Reserva Original is the world’s first and only organic cigar made completley with tobacco certified by the Organic Crop Improvement Association (OCIA). “We use just Mother Nature’s ingredients,” the company said in a statement, with tobacco coming from Nicaragua’s Estelí and Jalapa regions. All of the leaves in the blend are aged for five years after curing and fermentation.

The cigar was unveiled at the 2017 IPCPR Convention & Trade Show and if offered in seven sizes: 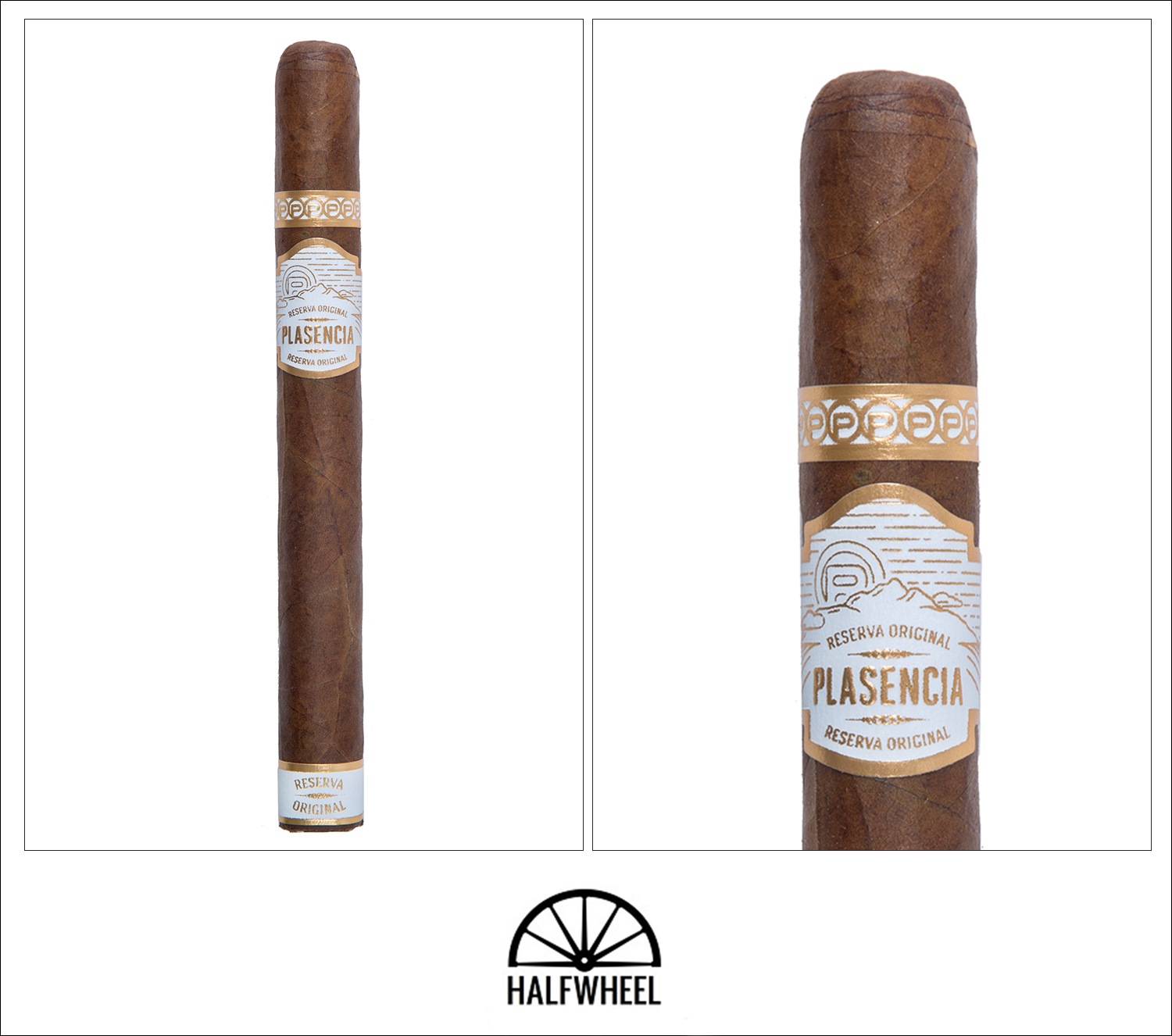 The first-look appearance of the Plasencia Reserva Original is quite appealing as this slender cigar is wrapped in a well-tanned leaf that has a bit of mottling, small veins, and a bit of glitter from some crystallization. It’s a softer cigar than I’d like, exhibiting a good bit of give despite appearing to be well-rolled, including tightly seamed caps. The pre-light aroma is quite soft in texture, a bit sweet and reminding me of a very soft white bread roll, with one sample offering a bit of peppermint as well. The somewhat loose cold draw is more fruit-forward, with mandarin orange the first thing to grab my palate, followed by heavier tobacco and wood notes but little in the way of pepper.

If I didn’t know better, I’d think I’d have just finished a bowl of corn flakes as the Plasencia Reserva Original gets underway, offering a taste of the sweetened cereal as the introductory note. It quickly picks up body and strength, adding pepper that is much more vivid via a retrohale than it is on the palate. As the first ash clump drops I’m struck by the cigar’s sudden complexity as it still holds onto some of the Frosted Flakes, adding a bit of creaminess, and punctuating it all with bright and complex pepper. While there’s no problem with combustion, draw, or smoke production in the first inch or so of the first sample, the quickly advancing burn line gets jagged and uneven, though I’m not concerned enough to fix it. Woods and pepper dominate the transition to the next section, sitting medium in flavor and body, a tick less in strength, though punchy white pepper is readily available via a quick retrohale to enhance the experience and add some extra kick. 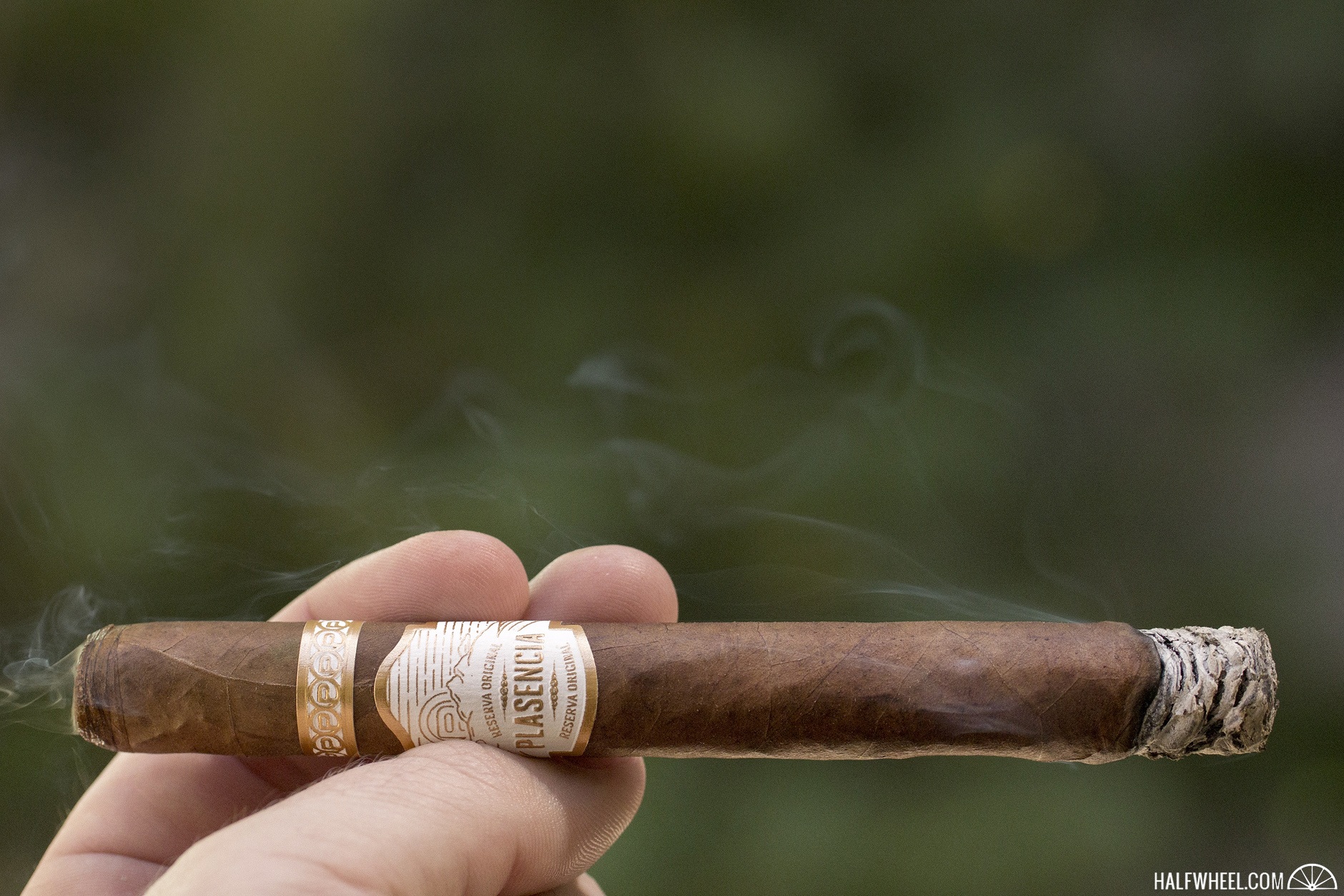 The idea of a cigar’s profile being suited for a certain time of day is one frequently mentioned in reviews and at retail, and while I don’t subscribe to a hard-and-fast idea that certain cigars should only be smoked at certain times of day, the Plasencia Reserva Original makes a good case that it would pair with morning coffee drinks quite well, as a bit of almond milk creaminess enters the profile and the pepper dials back just enough to let it shine through. That is, until the black pepper ramps up just in advance of the midway point, making the cigar much for lively on the palate and leaving any semblance of subtleness in its dust. The Plasencia picks up some baking spices to fill in the middle range of its flavors, providing vibrancy from something other than pepper. Towards the tail end of the second third, the Plasencia has mellowed just a bit, still offering some of the recently developed spices as well as a bit of graham cracker, cheese bread, dried mango, lumber, and pepper, all resting in a  creaminess reminiscent of the single serve plastic cups you’d find on a diner counter. The draw has been outstanding so far, and the burn line has largely corrected itself from any waviness. 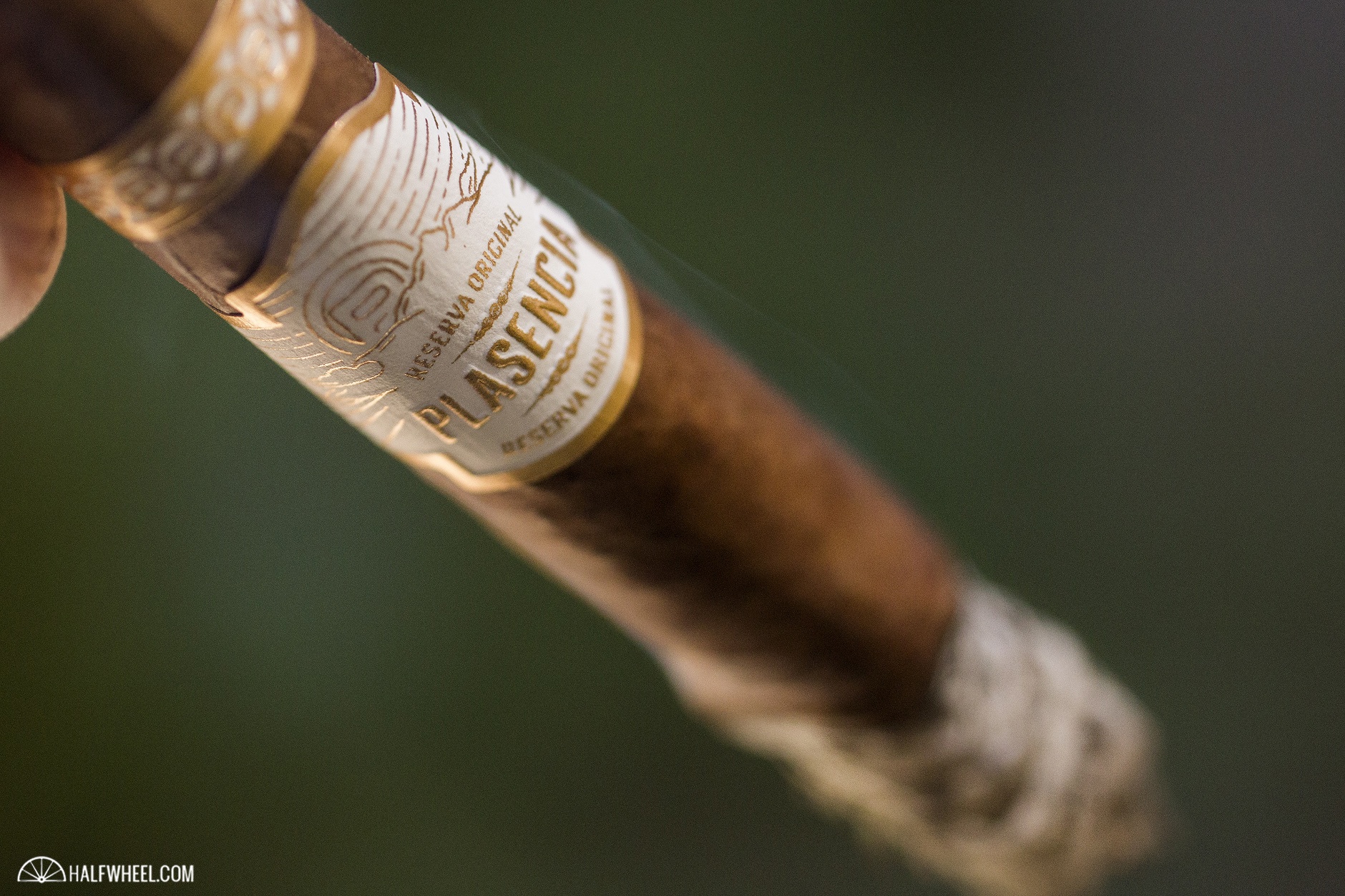 The final third of the Plasencia Reserva Original Corona starts much in the same vein as the second third wrapped up, though there is a point just about where the bands are that the cigar makes an interesting turn, and it doesn’t seem to be one for the better. The flavors begin to unwind themselves from one another, as the cigar sheds it complexity for increasing noisiness, at least until one steps forward to try and get the cigar back on course. In the three samples I smoke, it is mainly dried mango, a very pleasant flavor that offers thick sweetness without being overkill, which works well with the pepper that remains a near constant in the cigar. A bit of bite from the pepper joins the fray in certain samples as the creaminess that I wanted to thicken up earlier is now completely gone, and in some samples the unravelling is seemingly done and I’m left with a dry tobacco flavor and remnant pepper. The final inches struggle with combustion a bit, something that in the first sample is almost certainly a result of me trying to keep the cigar cool so as to mitigate the growing effects of the heat, which char the flavors and add an unpleasant bite to the final puffs. 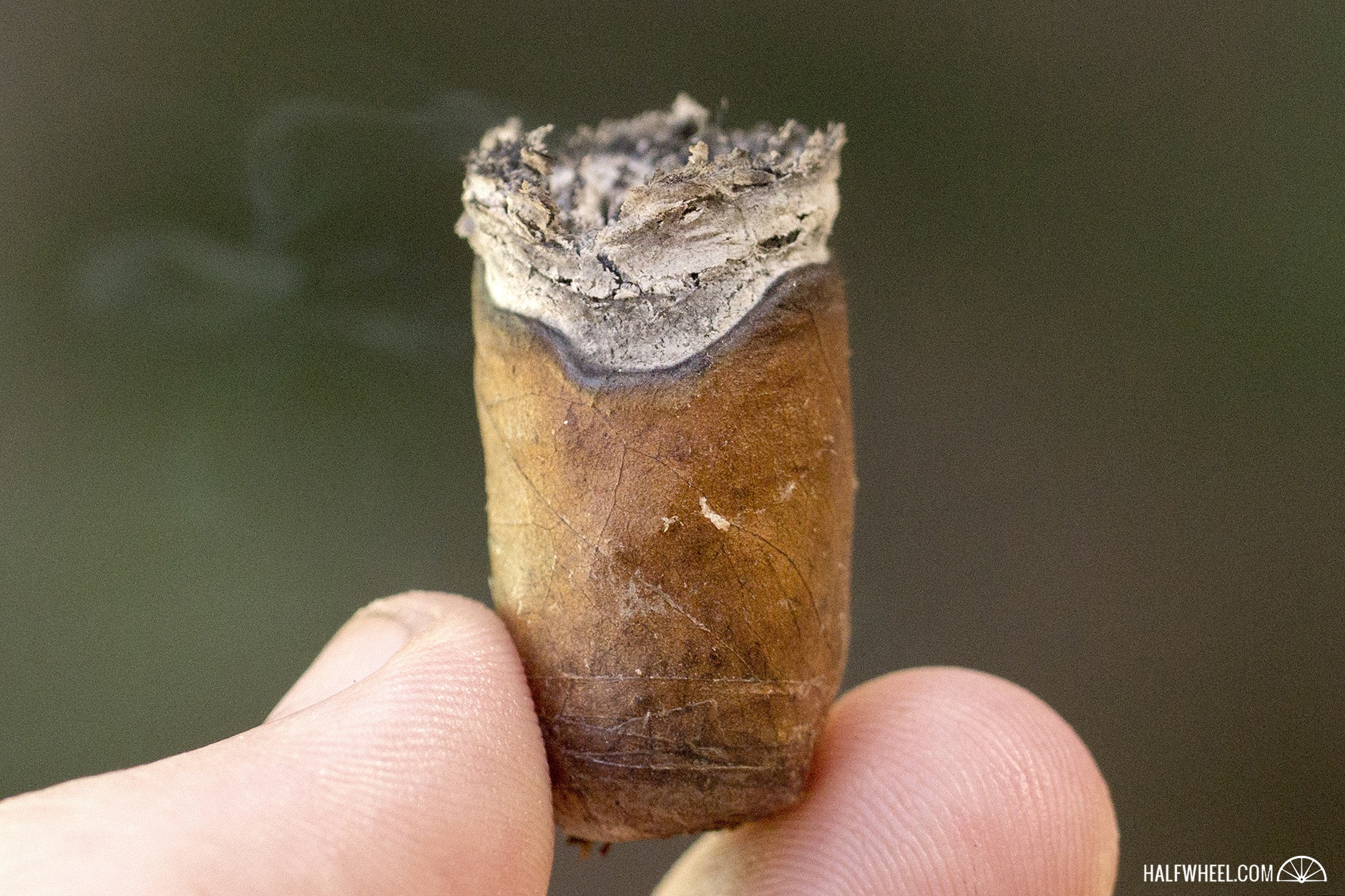 The organically grown aspect of the Plasencia Reserva Original is certainly an interesting selling point, and one I'm not shy in admitting attracted me to this cigar. However, I couldn't say that it was something immediately noticeable when smoking the cigar. If you read the flavor notes above, you have a pretty good idea of what the blend does, starting on the mild-medium side and progressively getting fuller, until the heat and pepper gets in the way of the profile and costs the cigar points in the final third with remarkable consistency. While I'm most interested in the Nestico size, I think the bigger ring gauges might give the blend some more room to develop its flavor and soften the final third, as well as help keep it a bit cooler in those last inches. After three samples I'm impressed and intrigued enough to keep this cigar on my radar, and think it could be an interesting one to put on yours.