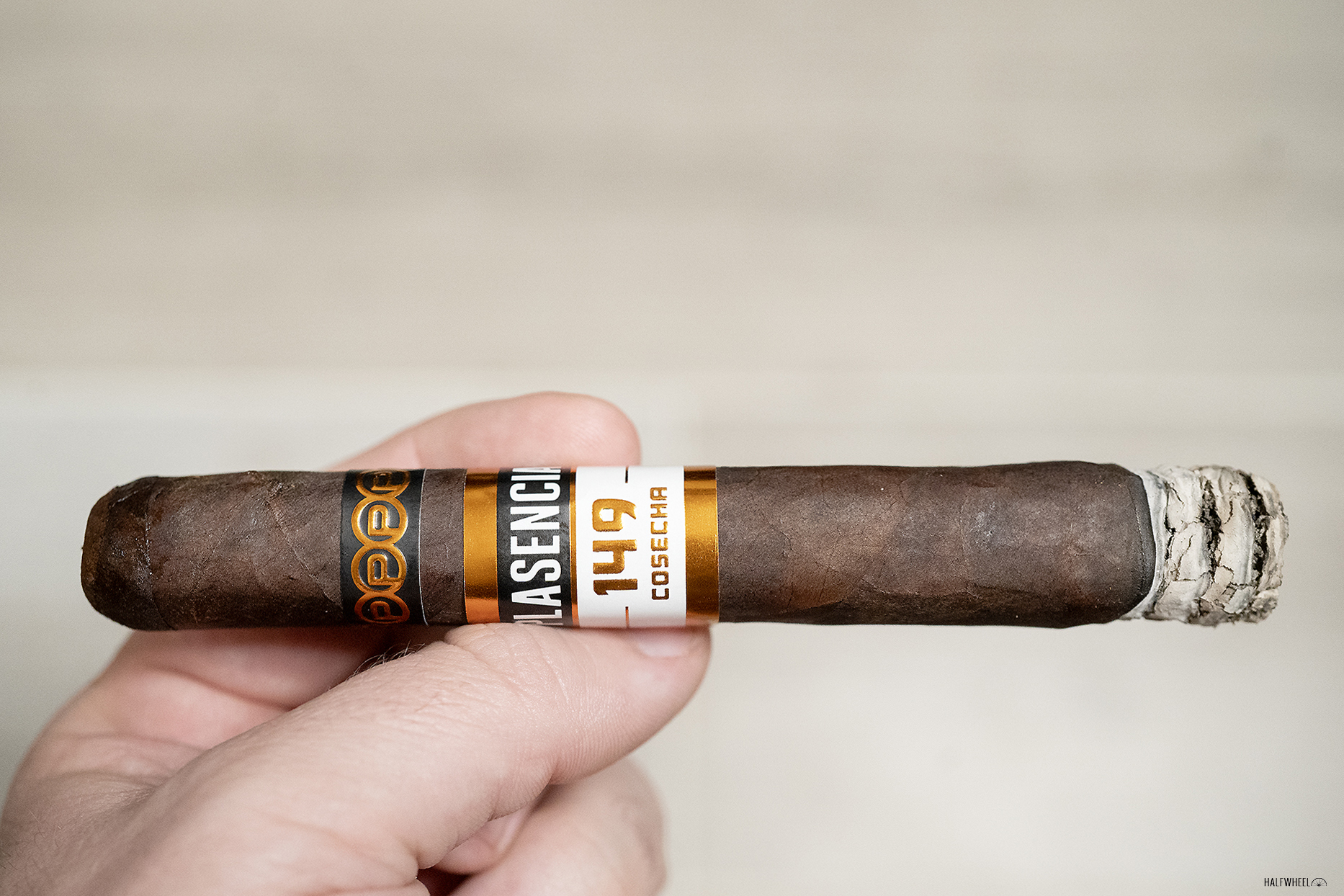 History and anniversaries are a big parts of the cigar industry; anyone who has paid even the slightest amount of attention either to the news stories on this site or the cigars in their local retailer’s humidor will see a healthy number of cigars bearing numbers signifying something. Sometimes it’s a birthday, other times the year that a company was founded, or in its most simplest, a number that references an anniversary of a company. 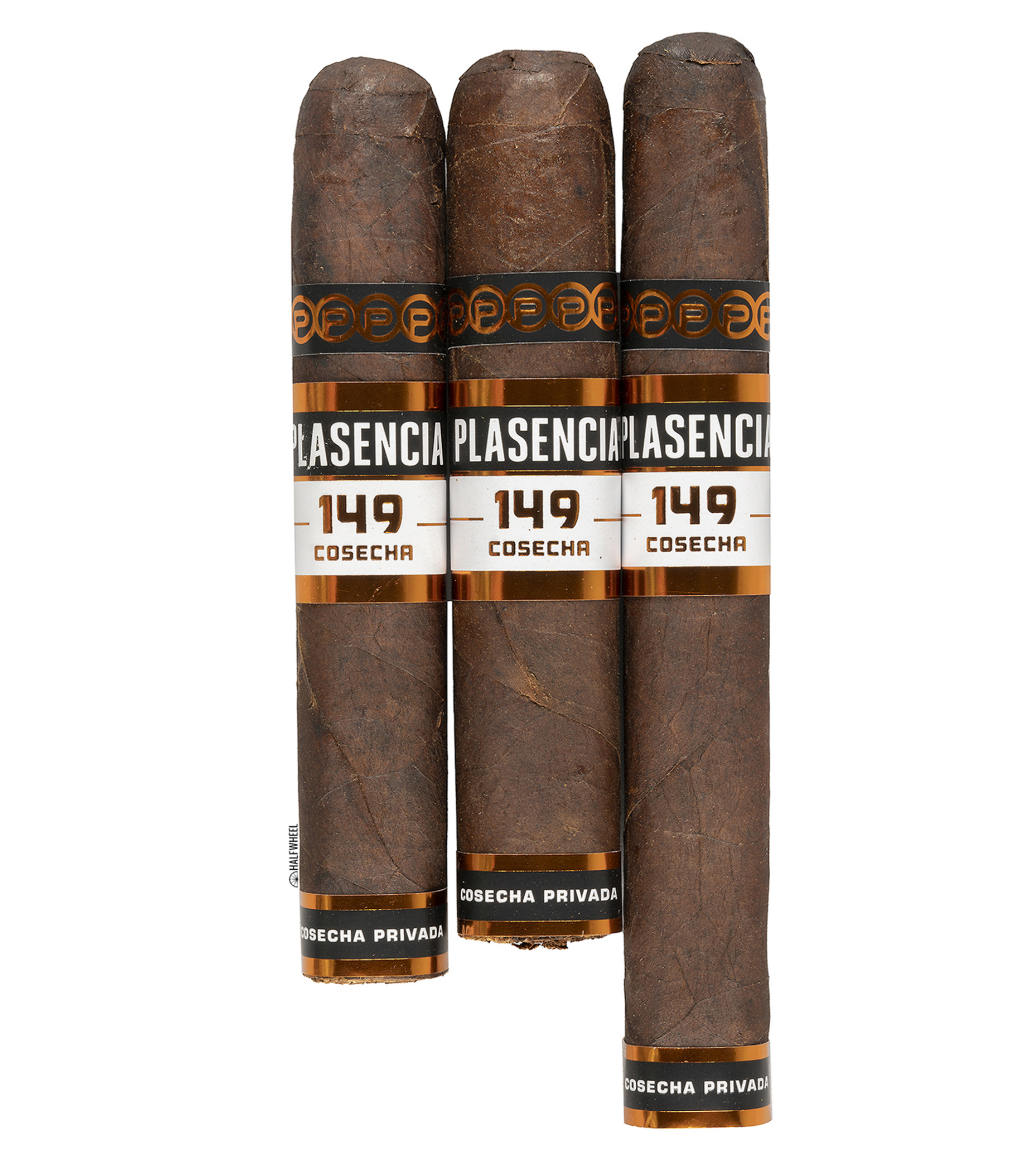 The line is produced at Plasencia’s Tabacos de Oriente factory in Honduras and began shipping to retailers in mid-November. 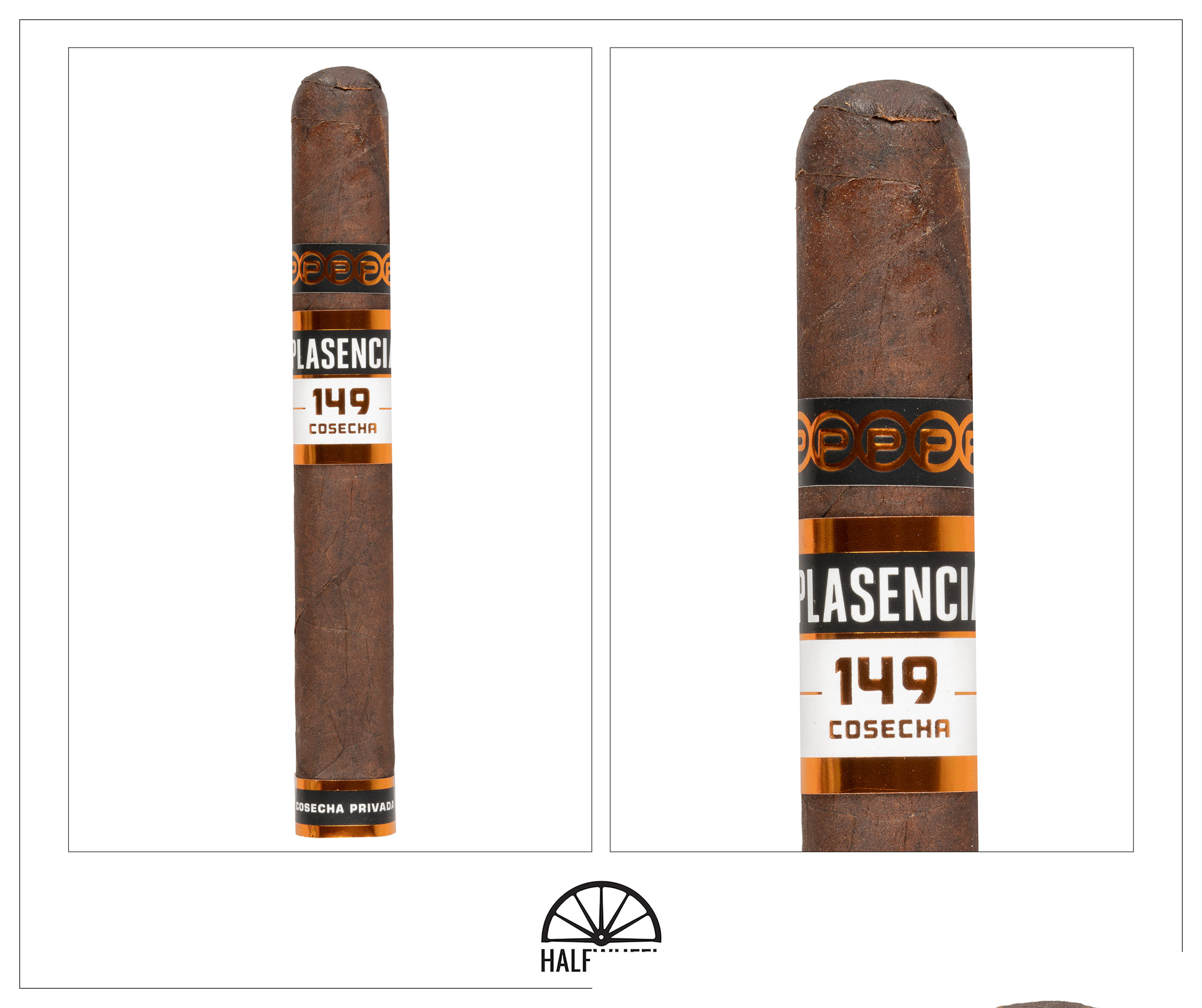 The wrapper is an impressively dark brown, and much like I said in my last review, it seems like the band’s colors were selected so as to coordinate well with the leaf. It doesn’t have a lot of oils, and its texture is dry to the fingers as expected, with a very fine texture that is neither gritty nor velvety. The leaves’ veins aren’t big, but two of the three samples have a large and notable bump, seemingly vein-related, which I will touch on more in the final notes. Even with the box press, the cigar is still on the firm side, showing only a bit of the firm pillow density that you generally see on similar vitolas. Shockingly, one is outright hard; regarding the press, the result gives the edges rounded sides as opposed to a more squared-off press, resulting in an oval shape, or more specifically, a running track. The foot of the cigar varies a bit, two have some berry-like sweetness that is followed by some black pepper, the latter of which hangs around in the nostrils for a bit. The third is much earthier and pepper-dominant, but has a soft chocolate note lingering behind those and then hints of a light and fluffy creaminess. The cold draw is smooth and easy, with a bit of ligero-like black pepper coming through after a few draws, eliciting a sneeze as a result. There is also a bit of thick, simple syrup sweetness to be found in the profile which in one sample reminds me of cola syrup.

While the flavor of the Plasencia Cosecha 149 Azacualpa out of the gate is fairly mild, the aroma and retrohales have more than their share of character, driven by black pepper that is almost strong enough to have me thinking of tobacco from the Nicaraguan island of Ometepe, even though I know this is a Honduran puro. That thicker, earthier flavor begins to make its way to the taste buds, and while the creaminess still dominates, I begin to get hints of chocolate-covered espresso beans through the combination of puffs and retrohales, and emphasis on the beans in that descriptor. The burn line is barely a quarter of an inch in and the cigar is showing that the sum of the flavor and aroma is very good. It’s apparent by the one-inch mark of the first cigar that this will not likely be a quick smoke, taking about 25 minutes to hit that point, though I will admit I’m not rushing things at all, partly to savor the richness while also to let some building robustness dissipate between puffs. The second cigar feels a bit faster, but my watch tells a slightly different story, while the third has me forgetting time as I watch the ash build into an impressive structure that I’m hoping doesn’t fall off unexpectedly. There is an impressive balance of creaminess that coats the tongue and robustness that stimulates the palate, driven by earth, black pepper and espresso beans, with touches of sweetness thrown in to further enhance the complexity. The aroma has also begun to stand out, reminding me of tilled earth on a warm day, but also a bit more gruffness thanks to the pepper and something that makes me think of a cup of black coffee served at a neighborhood diner. Needless to say, the first third is quite enjoyable and seemingly right up my proverbial alley. Construction is good in terms of draw and smoke production, the burn line can occasionally get a bit wavy, while combustion is fine with regular puffs. Flavor is medium to medium-plus, body is medium, and strength is medium, though feels like it should, could and will be more.

As the burn line makes its way through the second third, I pick up some changes in the retrohale; one has a building chalk aroma that also makes its way to the taste buds, while another shows some steps into a refined robustness, proof that you can have a somewhat rough yet not irritating smoke. The chalkiness from earlier has intensified as the cigar crosses the midway point of two of the three samples, and now has a light bit of mineral flavor, something that has me thinking there might be a bit of tar emerging, but there isn’t anything visible. Not long after the midway point of the first sample, I keep picking up the intensifying flavor so I decide to run my thumb across the top and sure enough, there is a tiny brown streak, which prompts me to cut a bit more of the head off. This isn’t consistent, thankfully, and in the case of the third sample, there is little to fault the Plasencia Cosecha 149 Azacualpa about. As good as the flavor is, retrohales continue to be my preferred way to experience the cigar, or at least how I lead as many of the puffs as I can. It has a bright, nostril-tingling lead pepper that quickly segues into a bit of chalk and a light creaminess that is surprisingly dry yet still enjoyable. I’m hesitant to call the body light at the end of this section but it does not sit heavily on the palate, while flavor is medium but well-accented by retrohales to take it up a notch or two. Strength is still shy of medium, which helps to keep my mind focused on the flavors and aromas. Construction remains very good in terms of draw and smoke production, with the occasional challenge in combustion and maintaining an even burn line. 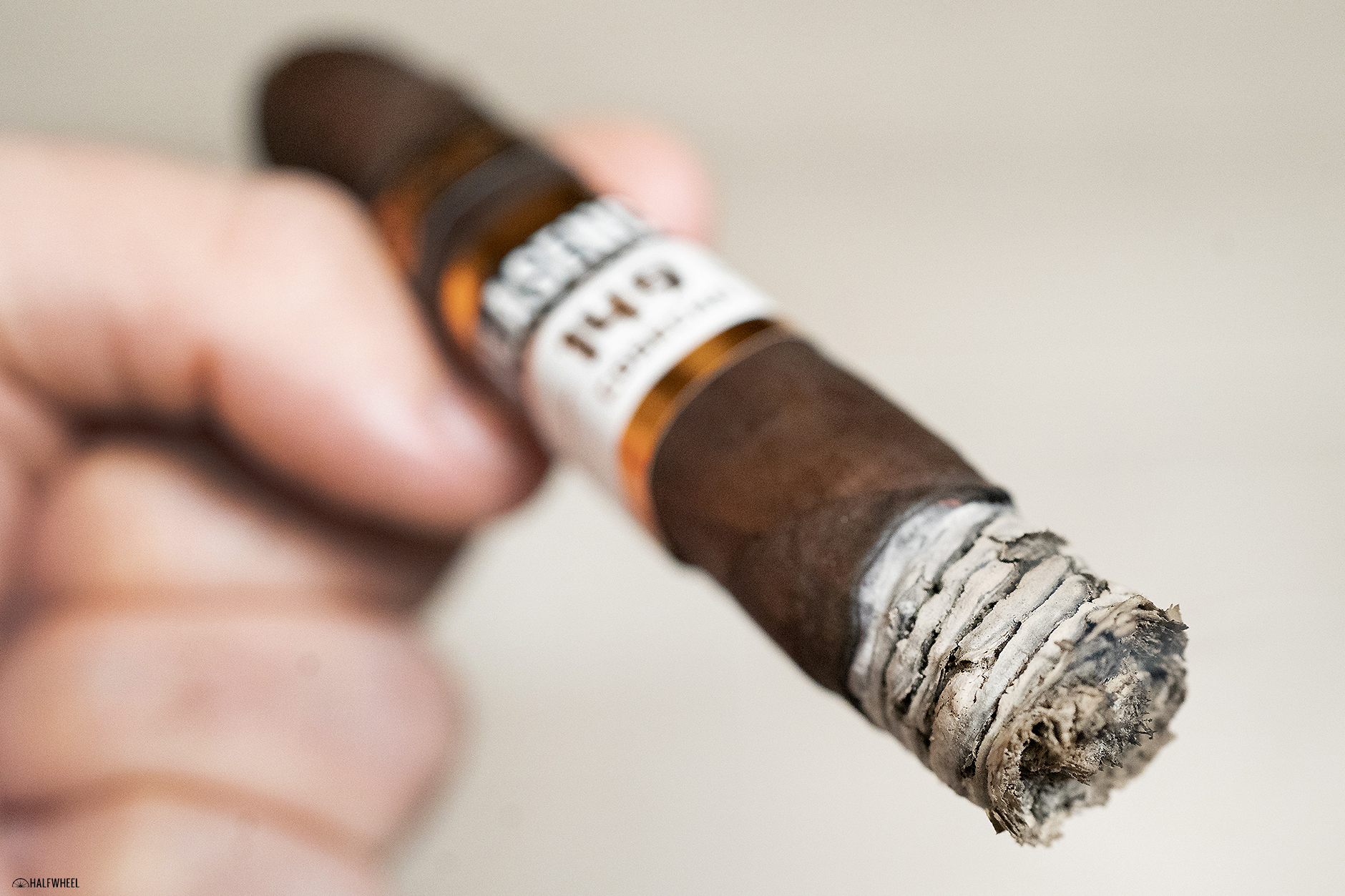 The final third sees the retrohales get a bit more potent as black pepper is now the lead sensation, a big note playing amidst a quiet supporting cast. At that same time, the flavor’s body is now a bit thicker, and I’d make the case that the taste buds are now getting the better of what the cigar has to offer. My palate picks up a creamy expression of Honduran terroir, which isn’t heavy on the palate and shows just a touch of the drier, dusty aspect that region’s signature flavors. It’s an interesting flavor that lacks any semblance of sweetness and has shed the majority of its creaminess, yet also feels like it’s not missing much when in its best expression. It’s not too long into the final third of the Plasencia Cosecha 149 Azacualpa that I feel some nicotine strength building, making an inopportune time for the burn rate to slow down, which it seems to be doing on its own, regardless of any push I may try and give it. Flavor-wise, there is still some robust earth and pepper, but the flavor has also picked up a new wood component that slots in between the heavier earth and the lighter creaminess, while providing a bit of stimulation on the taste buds and in the back of the throat, increasing the robustness of the profile a few ticks. The final third may be the most challenging for my palate to fully embrace, though even with that the cigar generally stays very enjoyable. There is one cigar that falls quite short of that mark by way of irritation and some funky flavors, a turn that costs the cigar both points and favorable thoughts. 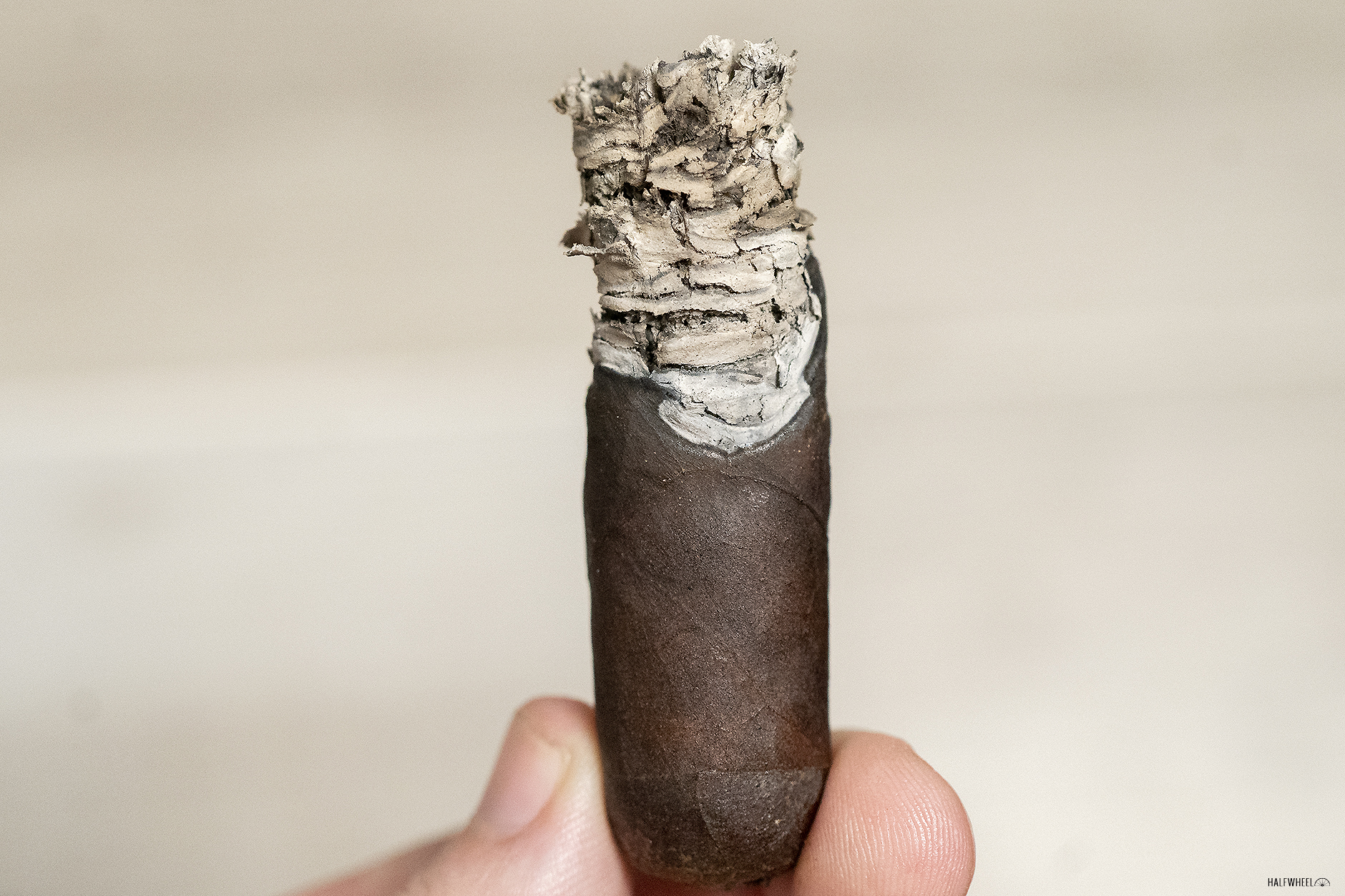 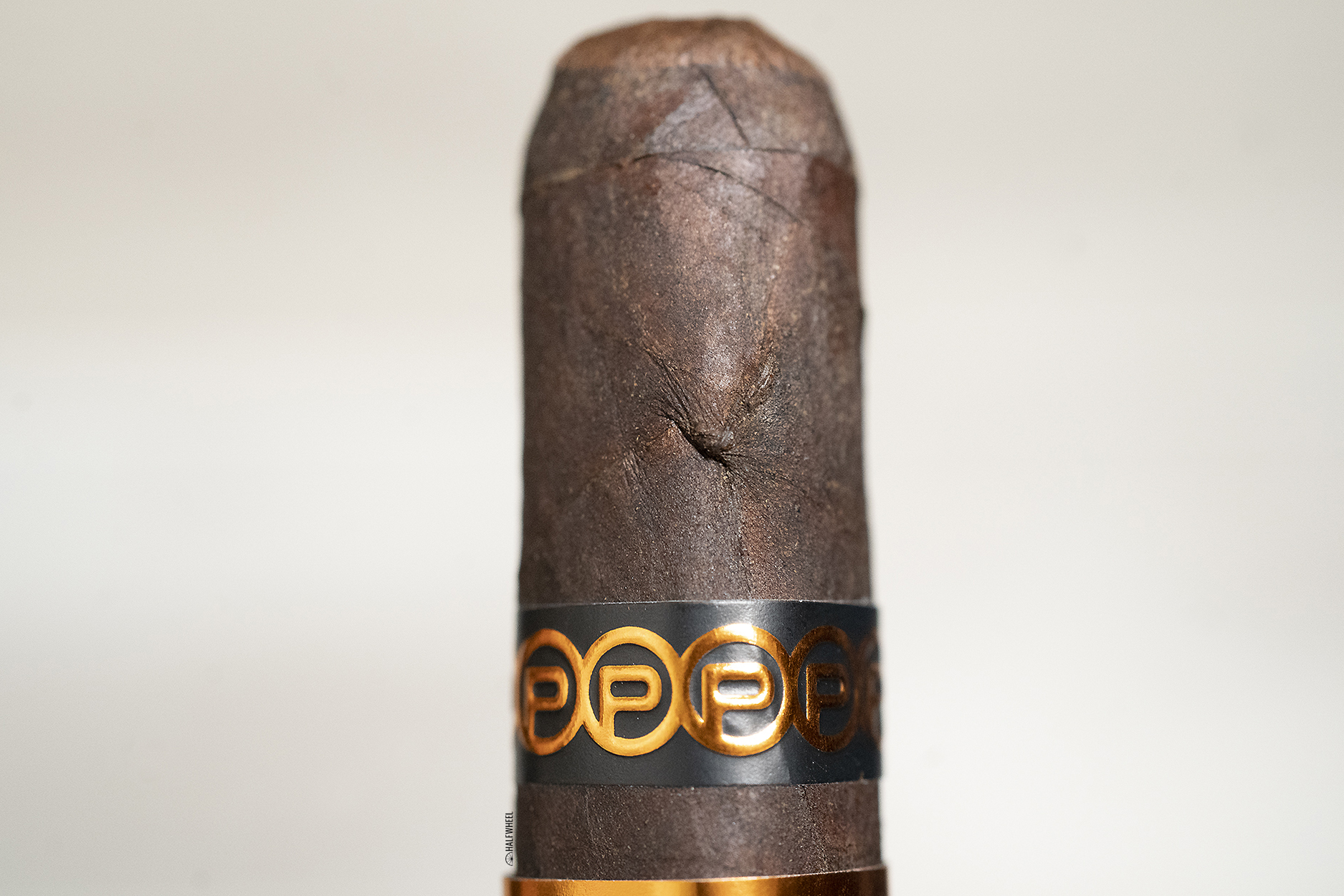 I'm hesitant to say that a cigar surprises me, as I don't like the implication that comes with, namely that I was either expecting a lot or a little and the cigar delivered the opposite. But I will say that after the first Plasencia Cosecha 149 Azacualpa I smoked, the other two did surprise me. While the first cigar was good, the tar, chalkiness, irritation and late surge of strength had me doubtful about the blend. The second brushed aside most of those doubts, while the third completely dashed them. At its best, the Plasencia Cosecha 149 Azacualpa is an impressive example of a Honduran puro, particularly one that draws on several of the country's growing areas. Beyond the variance, the only real note I have about the cigar is the amount of time it takes to get through the cigar, which is anywhere from two-and-a-half to three hours, making it a decent investment of time. Fortunately, at its best, the Plasencia Cosecha 149 Azacualpa is easily time well spent.