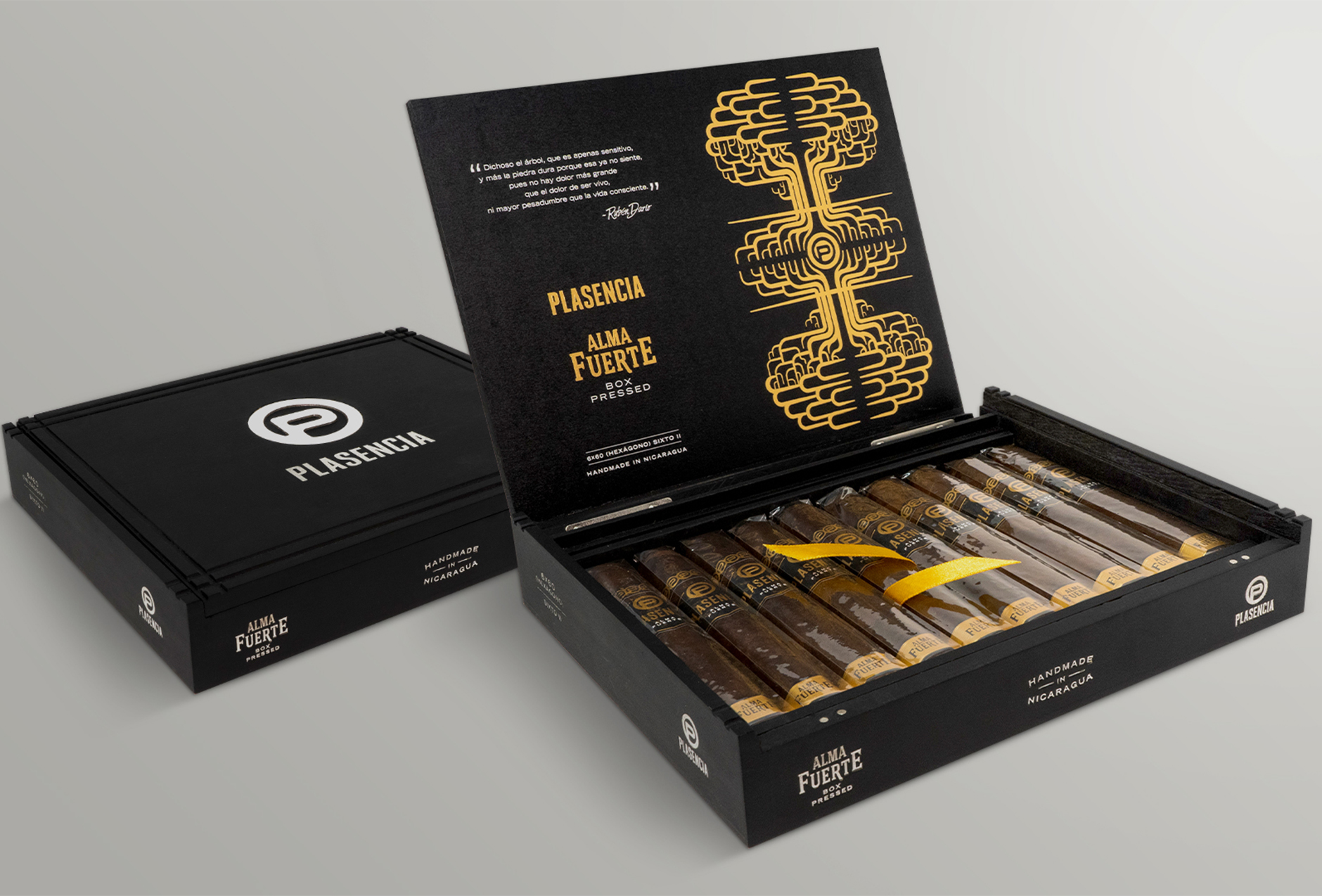 The next box of Plasencia Cigars’ Alma Fuerte that you buy might just have a new look, as the company has begun shipping a new box design that removes the multi-purpose lid with its built-in ashtray in favor of a more traditional box design.

The updated boxes were received at Plasencia’s warehouse last week and have just begun shipping to retailers. They feature a more durable box and lid design, accented with heavy duty hinges. “It’s classic, elegantly practical, and will stand the test of time,” the company wrote in an e-mail announcing the change. “We’re proud of this new design and we have our retailers and customers to thank.”

The new look Alma Fuerte line will maintain the same price as the version with the ashtray, as the company never charged for that built-in accessory.

Alma Fuerte is a Nicaraguan puro that and uses a wrapper from Jalapa, a Nicaraguan binder and fillers from Condega, Estelí, Jalapa and Ometepe. All of the tobacco is grown on Plasencia’s farms, with production handled by the Plasencia Cigars S.A. factory in Nicaragua. It is offered in four sizes, all packed in 10-count boxes:

Plasencia released the Alma Fuerte line in 2016. Its original box design looked like this:

Additionally, the company has begun putting its Alma Fuerte line in cellophane in recent weeks, a change brought about by the coronavirus pandemic. “We know it hides the beauty and aroma,” the company said, “but we care more about the health and safety of our customers.” The company noted that the change is being made for the time being.

The company has not yet announced if it will be updating the packaging of its Alma del Campo or Alma del Fuego lines, which also come with ashtrays integrated into the lid.