Tim Wong’s latest cigar, the Pier 28 Connecticut, is beginning to arrive at retailers, as well as a Lancero for the Pier 28 Habano line.

The lines features an Ecuadorian Connecticut wrapper, with Nicaraguan leaves used for the binder and filler, though it’s a milder profile than what the components might suggest. Wong told halfwheel that it has a mild to medium profile due to the combination of visos and secos but with no ligero. He told halfwheel that it is “designed to fall between traditional Connecticut and new wave Connecticut, offering smoothness with body and sweetness but little bite.”

He is offering it in four sizes:

The Lonsdale switched from a 6 x 44, which is what was originally announced. Production is being handled at the La Zona Cigar Factory in Estelí.

The Pier 28 Connecticut was originally announced in August 2016 to get the cigar into the marketplace before FDA regulations went into effect, with limited quantities making into retail shops. Continuing with Wong’s theme of using San Francisco Bay Area sports teams’ colors for the band inspiration, the Pier 28 Connecticut wears a white, silver and teal band, a nod to the San Jose Sharks of the NHL. 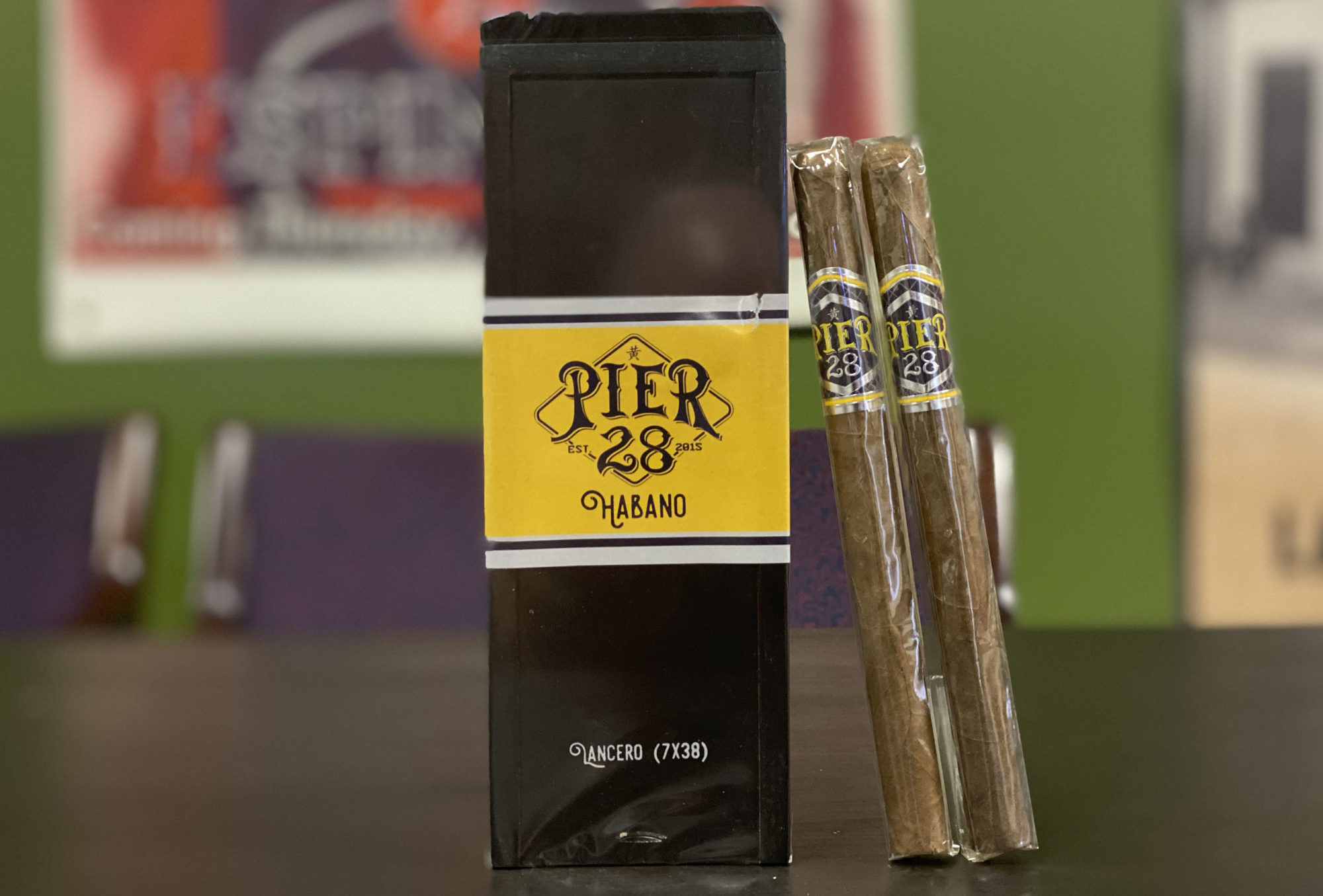 Shipping alongside the Pier 28 Connecticut is the Pier 28 Habano Lancero, a 7 x 38 vitola that is priced at $9.99 and comes in 10-count boxes. While it is an ongoing release, the first shipment is being limited to 100 boxes.