This year’s Tatuaje Monster Series release will be the Tatuaje Jekyll, as Pete Johnson confirmed that news to halfwheel earlier this afternoon. It’s been an obvious candidate for the Monster Series for some time, although Johnson has seemingly gone back and forth on the idea for the better part of the last year. Late last month, Dan Reeve of Cigar Press indicated it would be Jekyll, one of the better indications Johnson’s mind had been made up.

The name comes from Robert Louis Stevenson’s 1886 novella Strange Case of Dr. Jekyll and Mr. Hyde, which has also been adapted for stage, radio television and film versions, including the classic 1941 version with Spencer Tracy, Ingrid Bergman and Lana Turner.

While Johnson won’t be releasing any pictures of the cigar or details about the blend until the 2014 IPCPR convention and trade show, which begins July 19, he did tell halfwheel that it will be a 7 x 49 churchill vitola. While some derails remain undecided, much of the release process should be familiar. The cigar will debut at the trade show, it will ship in October first to 13 retailers, known as the “Unlucky 13,” who will receive the majority of the 666 dress boxes. Other accounts might receive a limited number of dress boxes, as well as a greater number of the plain boxes. Tatuaje Jekyll will become the seventh in the company’s Monster Series and follows the naming convention Johnson established at the start of the series by using two classic movie monsters and then a more modern monster for the third release.

This is also the first year that Johnson will not be using the word The before the name of a Monster Series cigar. He said he wasn’t thrilled about using it with last year’s Tatuaje The JV13 release and decided to make the change this year.

With the selection of Jekyll for the 2014 Tatuaje Monster, speculation immediately turns to next year’s release, and Johnson has confirmed that it will in fact be the Tatuaje Hyde.

Jekyll and Hyde will bring the release to eight formal Monsters out of the 13 Johnson once planned. In addition, the company has released smaller versions of the cigars in both the Little Monsters and more recently, Pudgy Monsters. The six Monsters to date are as follows. 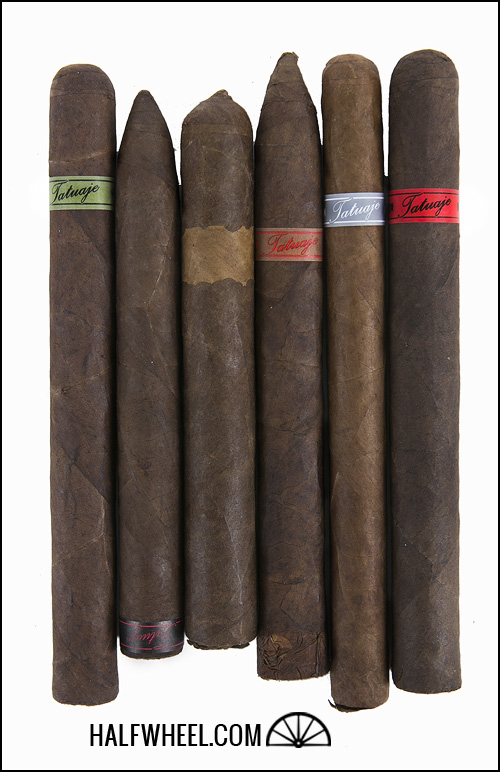