Late last year, J.C. Newman announced that it was making a host of major changes to its Perla del Mar brand. Specifically, the company introduced new packaging for the Perla del Mar Shade and Maduro lines but also modified the blends to be “strengthened with aged Nicaraguan filler tobaccos.”

However, perhaps the biggest news came in the form of a new line: Perla del Mar Corojo. As the name indicates, the new four-vitola line is made up of an Ecuadorian corojo wrapper covering a Nicaraguan binder and Nicaraguan fillers tobaccos. While both the Shade and Maduro lines are box-pressed into the traditional square shape, the newest addition features a “Tampa-style” press, which forms the cigars into a more rectangular shape.

“Although our Perla del Mar cigars were good, we were not totally satisfied,” said Drew Newman, general counsel of J.C. Newman, in a press release. “We wanted to make them better – and that’s exactly what we did. After two years of effort working to perfect the brand, we are thrilled to reintroduce Perla del Mar.” 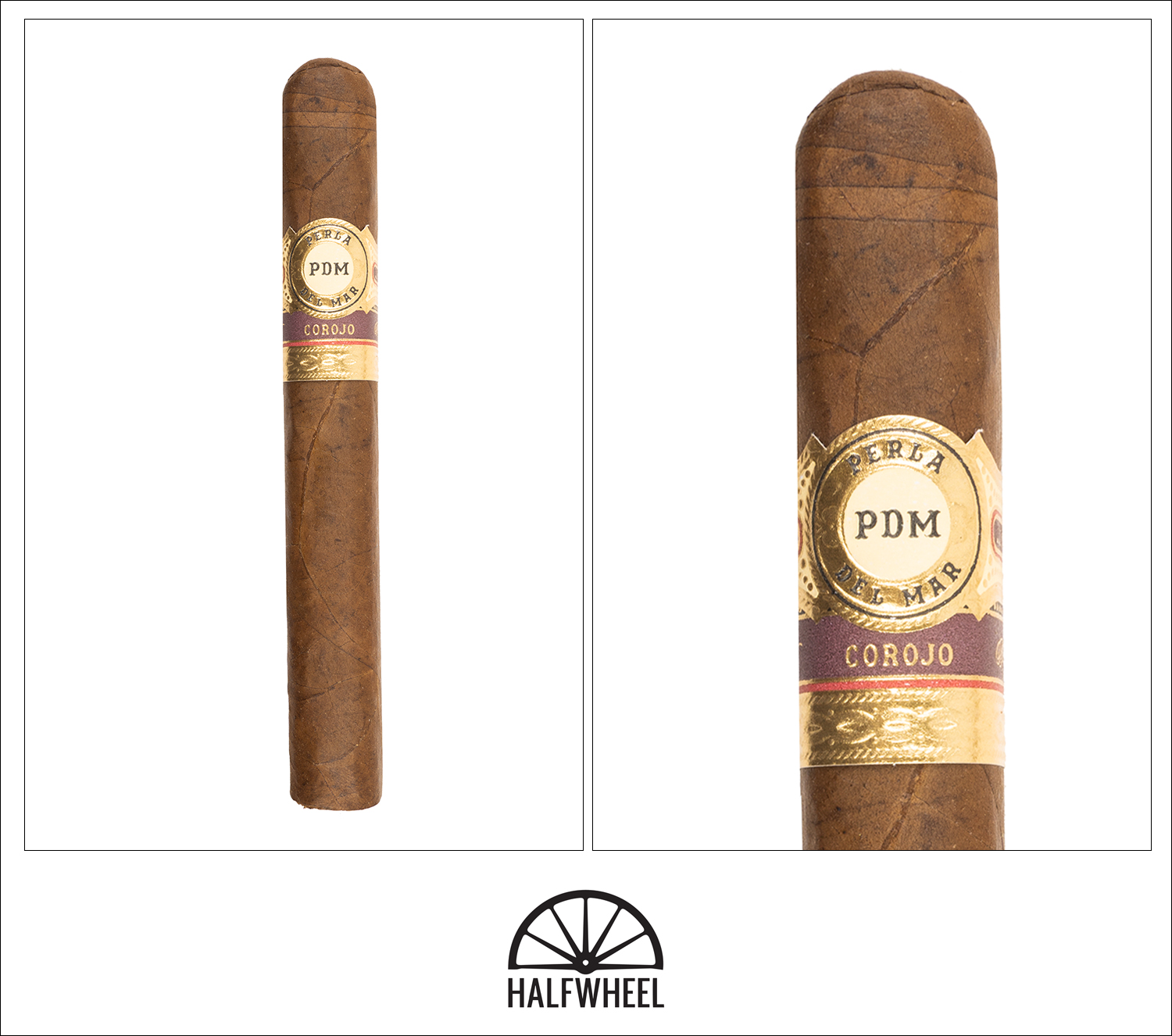 The first adjective that comes to mind when I see the Perla del Mar Corojo Corona Gorda for the first time is rustic, due in large part to the combination of an old school-looking band and a box-press that a is very obviously rectangular instead of square. While silky smooth to the touch, the mocha brown wrapper is also almost totally devoid of any visible oil, and it is extremely soft when squeezed. The aroma from the wrapper is a combination of incredibly sweet cedar and leather, along with peanuts, milk chocolate, hay, tree bark, earth and vanilla beans. The cold draw brings flavors of distinct dark chocolate, cedar, leather horse tack, raisin sweetness, creamy hay and slight vegetal.

Immediately after I light the foot of the Perla Del Mar Corojo, I notice not only more spice on my tongue than I was expecting—especially considering the amount of sweetness that was present on the cold draw—but also some noticeable white pepper on my palate. The dominant flavors are salted peanut shells and cedar followed by notes of powdery cocoa nibs, earth, espresso beans, hay and slight citrus, while the retrohale features a very small amount of raisin sweetness. In terms of construction, the draw is excellent after a simple straight cut, the burn is giving me no issues whatsoever so far and the smoke production is about average. Strength-wise, the Perla del Mar Corojo starts off fairly mild and while it does increase a bit, it is still far from the medium mark when the first third comes to an end. 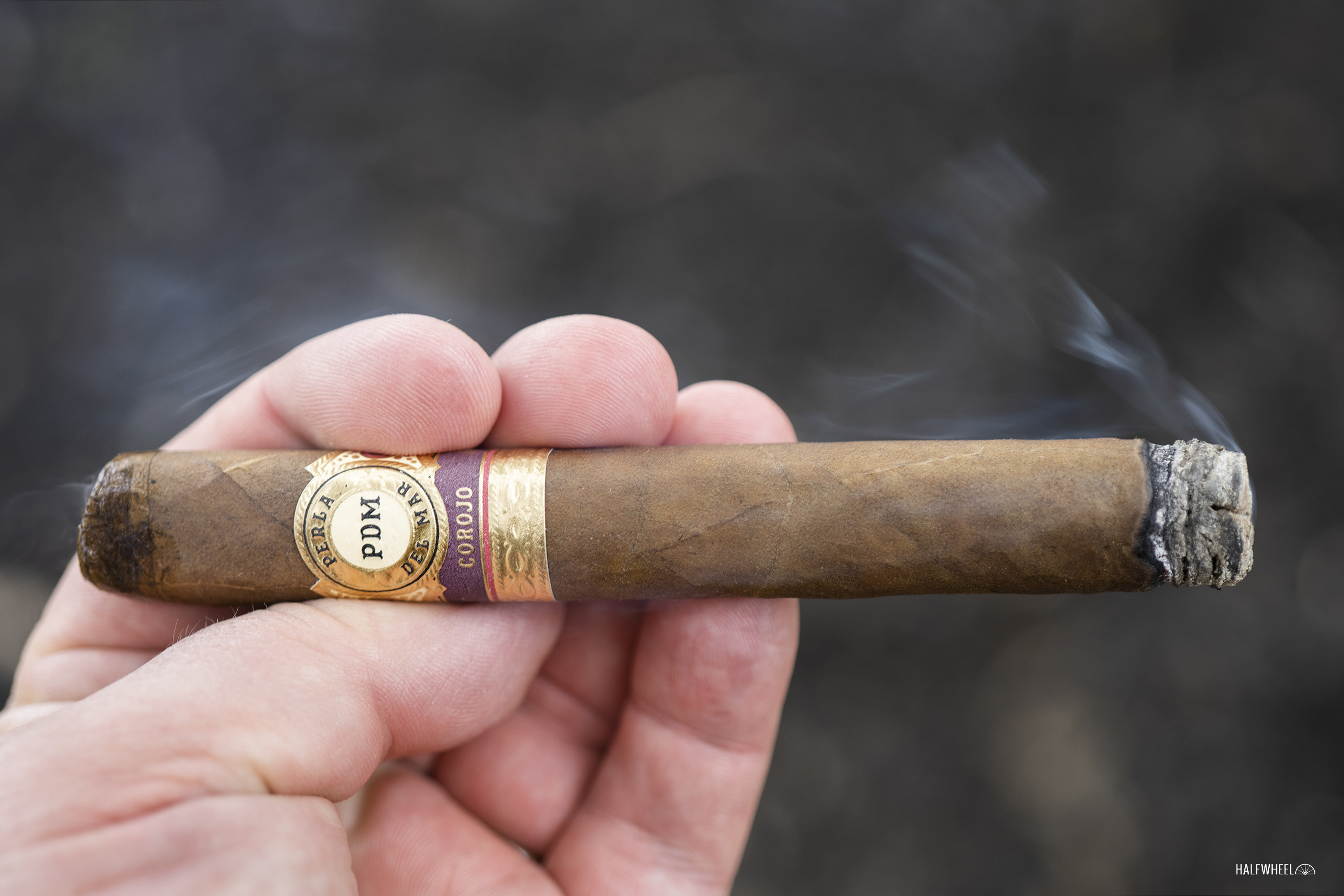 Although the dominant flavors in the second third of the cigar continue to be a combination of salted peanut shells and cedar, the latter note is quite a bit more creamy in nature than I noted in the first third and most of the spice on my tongue has dissipated. Secondary flavors of espresso beans, hay, dark chocolate, anise, leather horse tack and salted potato chips flit in and out in various amounts, while both the white pepper and raisin sweetness on the retrohale have increased substantially. The smoke production remains right around average while the draw continues to be excellent, and while the burn has started to waver a bit, it is far nowhere close to needing a touchup. In terms of strength, the Perla del Mar increases compared to the first third, but still falls short of the medium mark by the end of the second third. 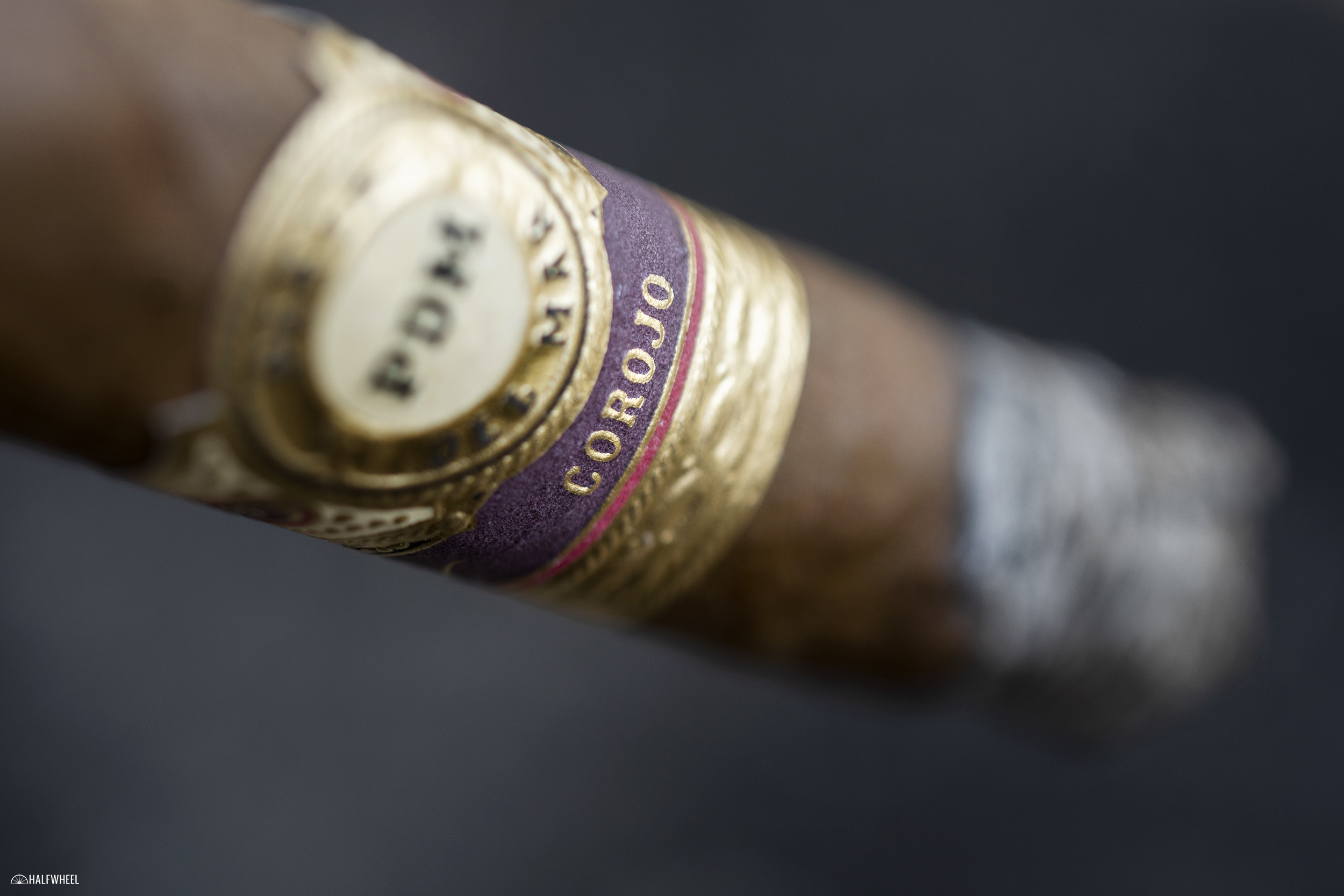 There are some notable changes during the final third of the Perla del Mar Corojo Corona Gorda, the most obvious being the dominant flavors morphing from a combination of peanut shells and cedar to a singular bitter dark chocolate note. Lesser flavors of cedar, bitter espresso, nutmeg, lemongrass, sourdough bread, leather and gritty earth fight for space in the profile as well, while the raisin sweetness and white pepper on the retrohale increase enough to become major parts of the profile. Construction-wise, the draw is still trouble-free with just the right amount of resistance and the smoke production remains about average, but the burn has become problematic enough that I am forced to correct it, albeit just once. Finally, the strength puts up a good effort, but still ends up just shy of the medium mark by the time I put the nub down with about an inch remaining. 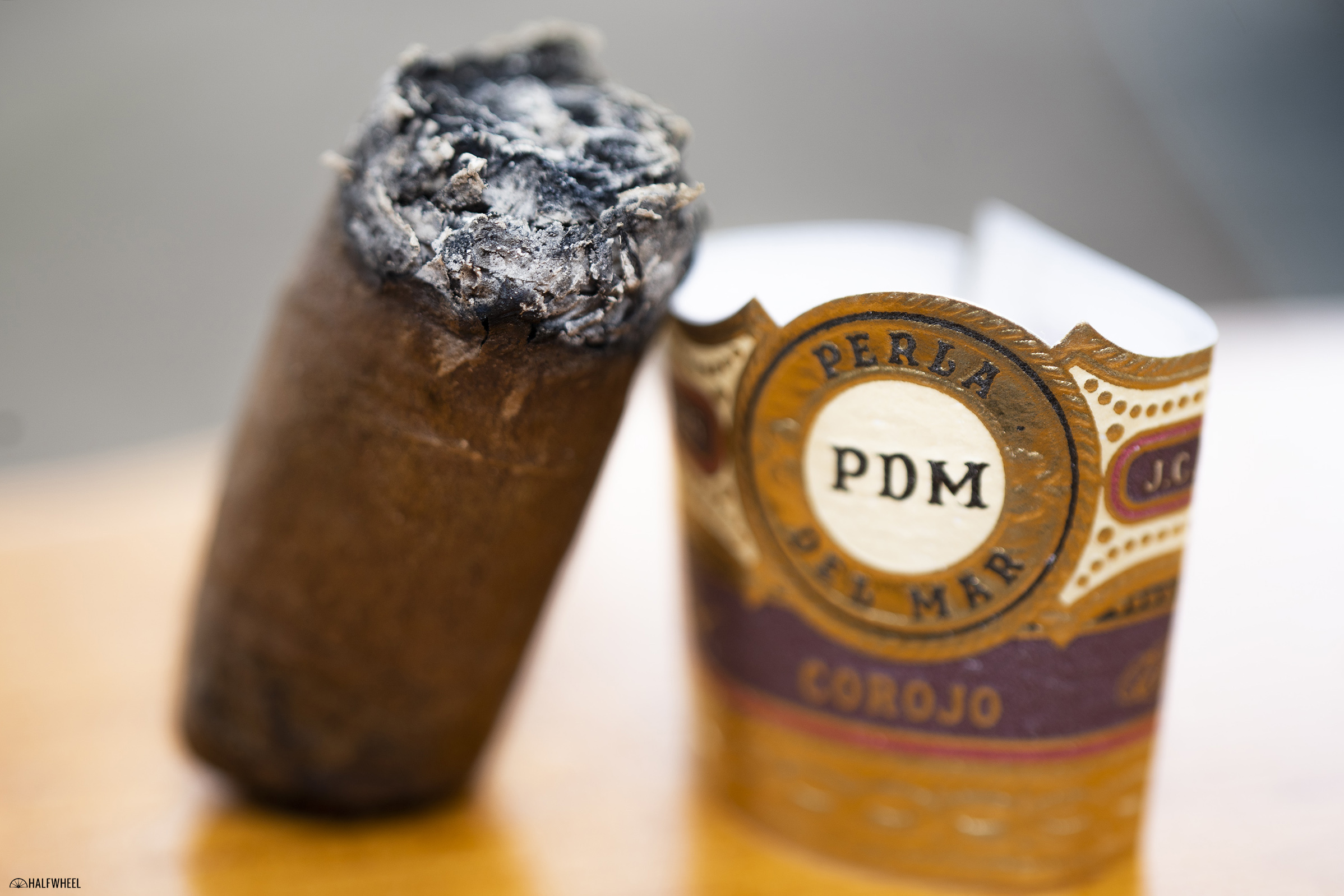 There is quite a bit to love about the newest incarnation of Perla del Mar: not only is it an enjoyable profile with plenty of changes—albeit mostly relegated to the second half—and very good construction, but it is also available in some great sizes at very competitive price points. It is also a nice example of how a cold draw and the actual profile don’t match up: while the former is extremely sweet, the latter is full of spice and pepper, at least in the first half. Thankfully, the raisin sweetness does become a major part of the profile in the second half leading to a much more complex profile overall and making it an easy choice for me to recommend.