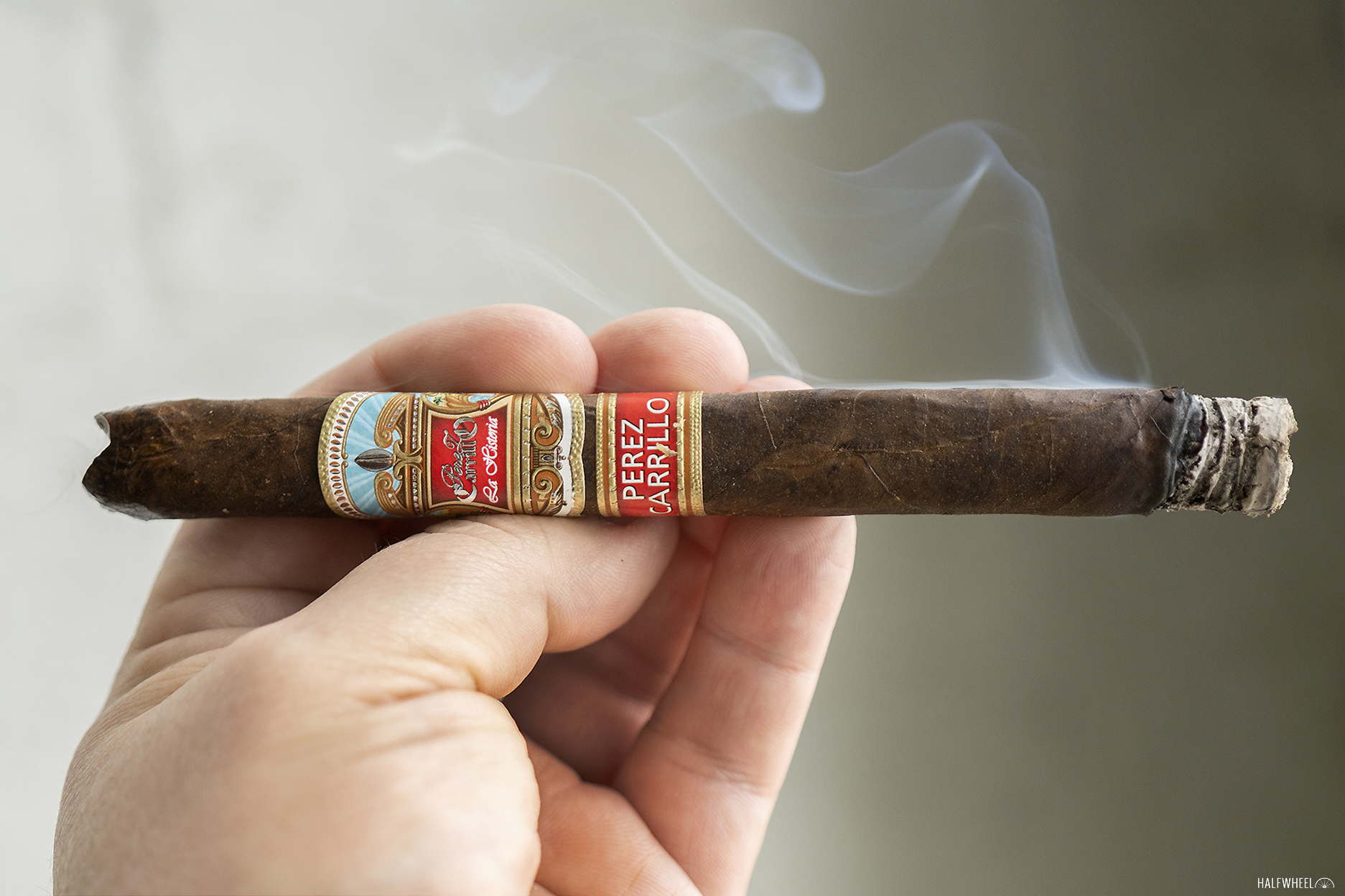 In 2014, E.P. Carrillo introduced a new line with a name that pays tribute to the Perez-Carrillo family: La Historia, which translates to The History from Spanish. In keeping with that theme somewhat, the three original vitolas reference family members: the El Senador (5 3/8 x 52), which is named after Ernesto Carrillo Sr., who was a Cuban senator; Doña Elena (6 1/8 x 50), named after Perez-Carrillo Jr.’s wife, and E-III (6 7/8 x 54), a nod to Ernesto Perez-Carrillo III who worked for the company.

While the line debuted with only three vitolas, a Piramides vitola followed in 2015, while Tobacconists’ Association of America (TAA) exclusive and 10th Anniversary versions were added to the line in 2019 and 2020 respectively.

Earlier this year, the company announced the newest vitola in the La Historia line named Parientes, which is the Spanish word for family members or relatives. As is the case with the rest of the sizes, the 6 1/2 x 43 Parientes is made with a Mexican San Andrés wrapper covering an Ecuadorian Sumatra binder and filler tobaccos grown in Nicaragua. However, unlike the rest of the line other than the La Historia 10th Anniversary, the Parientes is packaged in 20-count boxes instead of 10-count boxes.

“My hope is that families everywhere will welcome this cigar into their lives and will break out a box whenever there are friends and families having recollections of times gone by or making new memories,” said Perez-Carrillo Jr. via a press release.

There have been five regular production and two limited edition vitolas released under the Perez-Carrillo La Historia line to date:

Only 500 boxes of 20 cigars were produced in the initial run of the Parientes when it shipped to retailers in October, with each cigar carrying an MSRP of $10.50. However, Lissette Perez-Carrillo has stated that she expects to be able to release more as production capacity allows. 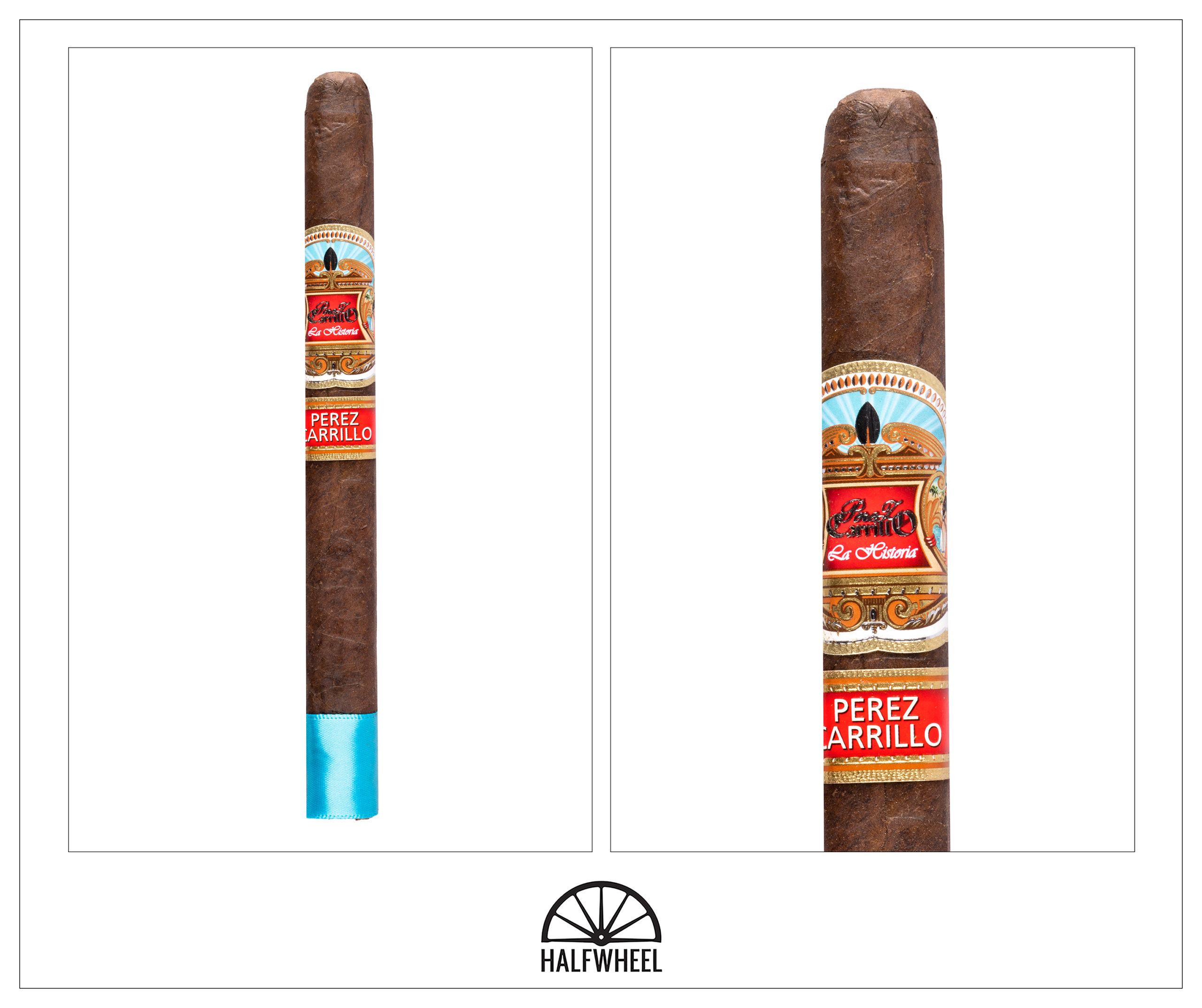 It would be hard to miss this unique cigar on the shelf, with its combination of thin ring gauge, extreme box-press and colorful bands. The wrapper is a deep chocolate brown and is smooth to the touch with plenty of oil, while a number of obvious veins run down the length of the cigar almost from the top to the bottom. In addition, it is surprisingly firm when squeezed, especially considering the overall size. The aroma from the wrapper is a combination of dank earth, generic nuts, leather and generic wood, while the foot brings notes of strong raisin sweetness, black pepper, cedar, earth and almonds. After a v-cut, the cold draw features flavors of aged cedar, leather, earth and a rich raisin sweetness.

There is plenty of both spice and pepper on the palate immediately after lighting the foot, along with a strong bitter espresso note that takes its time dissipating. After about eight puffs, a distinct buttered popcorn flavor takes over the top spot in the profile, followed by notes of the aforementioned espresso, powdery cocoa nibs, anise, leather, earth and generic nuts. Plenty of black pepper is present on the retrohale—albeit not enough to cause issues with the balance—along with some very nice brown sugar sweetness that seems to be getting stronger as the first third burns down. Construction-wise, the draw is wonderful after a deep v-cut and while the smoke production is about average off of the foot, the burn line is very close to razor sharp on all three samples, with none giving me even a hint of trouble. Flavor is a solid medium, body is between mild and medium and the strength ends the first third just shy of the medium mark.

While there is still plenty of black pepper—although relegated entirely to the retrohale—the spice from the first third is long gone by the time the second third of the La Historia Parientes begins. The main flavor has also changed from buttered popcorn to a combination of aged cedar and espresso beans, with secondary notes of cocoa nibs, toasted bread, charred meat and hay showing up at various points. In addition to the aforementioned black pepper, the brown sugar sweetness on the retrohale is showing no sign of letting up anytime soon. In terms of construction, both the draw and the smoke production continue to impress, and while I do have to make a minor correction on the burn of two different samples, there are no issues after that. Flavor ends the second third just over medium, body is just under medium and the strength increases enough to land firmly in the medium range, although it seems content to stay there for the time being. 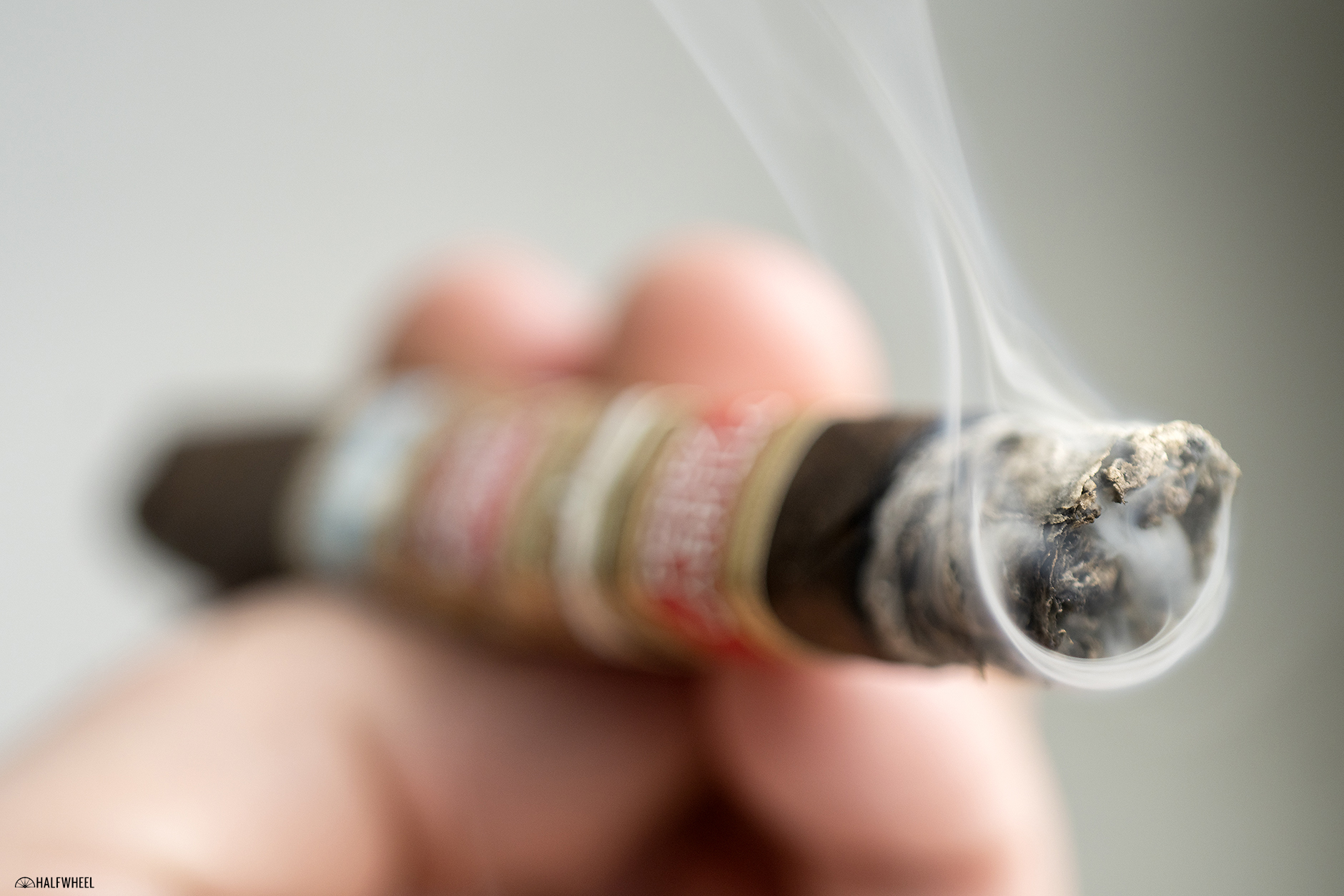 The final third of the La Historia Parientes is very similar to the second third: aged cedar and roasted espresso beans lead the profile—albeit a bit more of the latter than the former as the third progresses—with additional flavors of peanuts, dark chocolate, toast, anise and slight hay flitting in and out. There is a bit more black pepper on the retrohale that seems to be doing its best to drown out the brown sugar sweetness that is still present, and while that sweetness does wane a bit as the burn line gets closer the end of the cigar, it never comes close to completely disappearing. Thankfully, the burn line has improved on the one sample that was having issues, while the draw and smoke production are giving me no problems regardless of which cigar I am smoking. As I put the nub down with about an inch remaining, the flavor ends up just north of medium, body remains just under medium and the strength does not budge from the solid medium it reached in the second third. I have always sought out unique or different-looking vitolas, descriptions that are more than applicable to the Perez-Carrillo La Historia Parientes. However, that is far from the only attribute it brings to the table: the profile is complex and has multiple changes between thirds, while there is plenty of pepper and sweetness—in this case, a distinct note of brown sugar—on the retrohale to keep things interesting. Add in the extremely good construction and well-balanced solid medium strength, and it's both a cigar that is a great addition to the La Historia line and is easy to recommend.