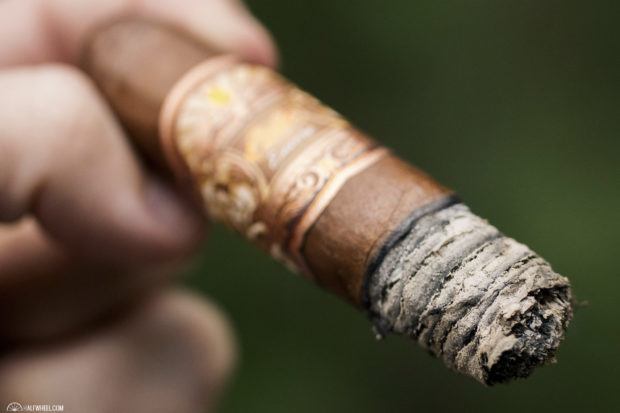 Go to a concert, and it seems a given that the headliner will perform an encore. If anything, it’s become part of the overall show script: perform, soak in the applause, come back out and do a few more songs, likely one that the audience was surprised was left out of the main program.

In the case of Ernesto Perez-Carrillo Jr.’s encore, it’s been one over two years in the making.

The cigar began showing up in February 2016, with the company referring to it as the La Historia Encore, using the name of a line that debuted in 2014 under the Perez-Carrillo banner with each size named after an important family member in company founder Ernesto Perez-Carrillo Jr.’s life.

It would appear at the 2016 IPCPR Convention & Trade Show as part of the company’s completely revamped portfolio, with an expected arrival in October, though that date came and went with no cigar. It would make another appearance at the following year’s trade show, though little was discussed about it other than it would appear at some point in 2018.

Finally, the cigar began shipping to retailers on March 15 of this year.

The musical tie-in should not come as a surprise to fans of E.P. Carrillo.

“The Encore’s name came from the concept of that last song at a concert, the one we all want to hear after a great performance,” said Lissette Perez-Carrillo, Ernesto Perez-Carrillo’s daughter and co-owner of E.P. Carrillo. “Being a former musician, my dad could relate to that very well,” she added.

E.P. Carrillo released the Encore in four vitolas, one for each of Ernesto Perez-Carrillo Jr.’s grandchildren. Other than being a Nicaraguan puro, which is somewhat unique in its own right for the Dominican cigar manufacturer, the Perez-Carrillo Encore is most distinctive for the use of tercios, or bundles of tobacco held together by royal palm leaves and rope. 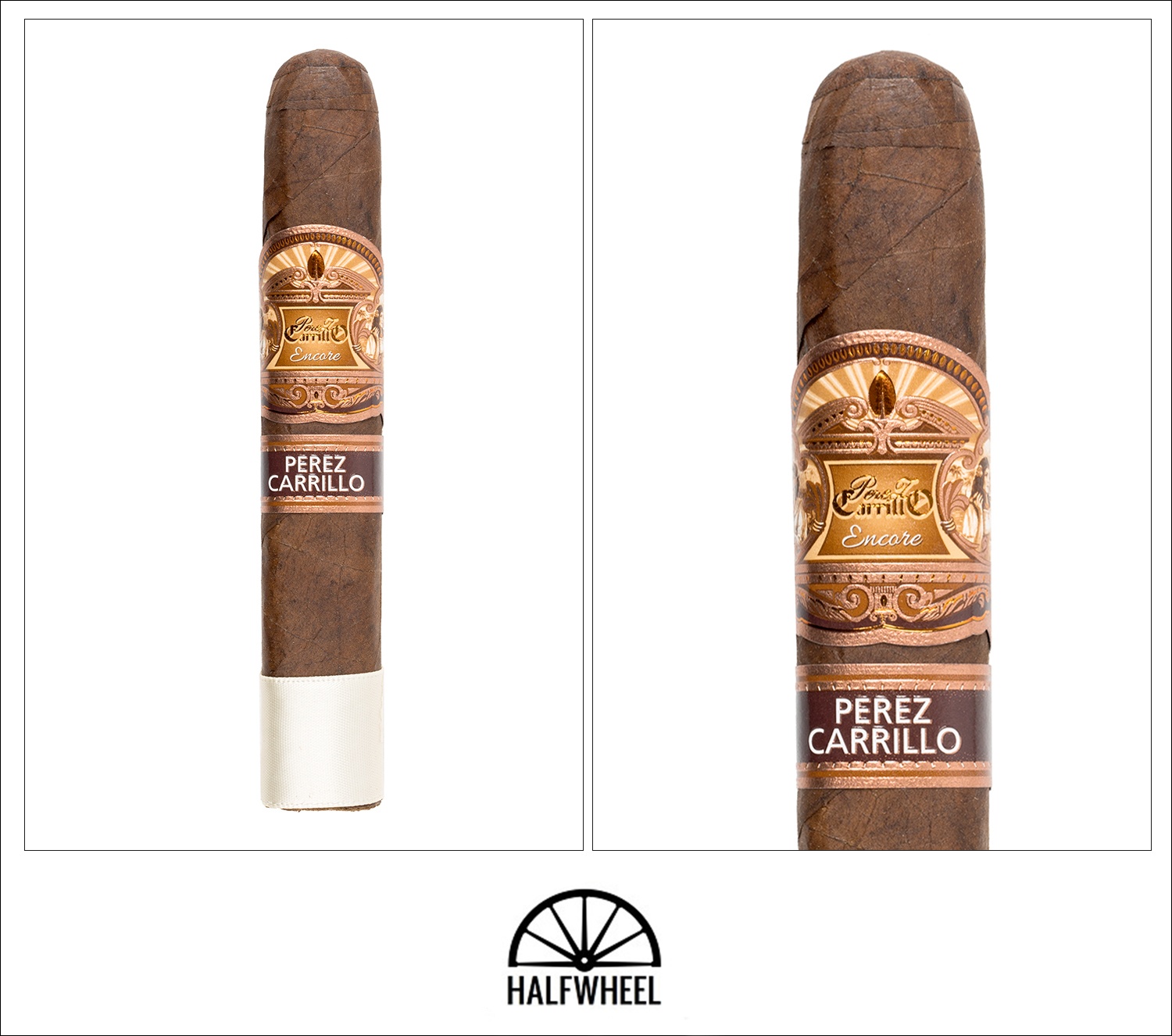 The Perez-Carrillo Encore Majestic certainly comes well-dressed, wearing a cream colored ribbon at its foot and a pair of copper-laden bands around its center. There’s also no overlooking the pronounced box press that the cigar gets, as the edges make near right angles. It’s on the firm side of box pressed cigars with just a little give to be found. The wrapper is dry, smooth to the fingers and just on the darker side of medium, with a matte color due in part to hardly any oil on the leaf. There’s not much in the way of veins or tooth, the seam lines are readily visible, and there’s some interesting tugging going on around the edges of the cigar, where the leaf seems to take on just the slightest crinkle. On the first sample, the press seems to have adversely affected the head of the cigar, as the strip of tobacco used to create the cap has puckered a bit, and I get a small flake of leaf in my hand when I inspect the issue. The foot of the Perez-Carrillo Encore Majestic is generally rather neutral and shy, offering an aroma somewhere between toast and dry lumber, though both leave a tingle in the nose that hangs around for a little while and I get some thick barbecue sauce from the second sample, while popcorn appears on the third. The cold varies from a tick firm to a tick loose with more of the same descriptors, though they are a touch more vibrant here than they were through the nose, with one sample imparting a white pepper tingle on the front half of the tongue.

Given what the cigar offers before being lit, there is little surprise what it offers once ignited, as toast, dry lumber, and warm nuts come together start the Perez-Carrillo Encore Majestic. There’s not much in the way of pepper or sweetness out of the gate, but the former makes the first appearance before too long, seemingly invited by way of the first retrohale. As the ash builds to about an inch in length, there’s more pepper to be found on the tongue and the flavor has gotten a bit toastier, teetering on the verge of being a bit burnt similar to a pizza that was left in the oven long enough to blacken the edges. Said ash also holds on quite well, steadily and solidly approaching the secondary band before I knock it off both in fear of a mess. The draw and smoke production have both been quite good, with the flavor sitting at medium-plus, the strength at a solid medium. While the first third of the Perez-Carrillo Encore Majestic was on the linear side, the second third begins to show some changes to the profile. While the intensity of the flavors ebbs and flows a bit, the profile generally mellows heading into this section, with some creaminess starting to develop that not only softens the profile, but adds sweetness and most importantly depth and complexity. Right near the midpoint, the cigar seems to up its smoke production substantially, as each puff results in a cloud of thick, light gray smoke. After a brief hiatus, the creaminess has returned, softening and rounding out the profile remarkably well, though it quickly gets challenged by the dry wood, earth and pepper that have become the cigar’s signature flavors, and they steadily intensify through the rest of this section. One cigar shows a less than idyllic chalky note, and while intense, is fortunately fleeting. The draw and burn both remain quite good. 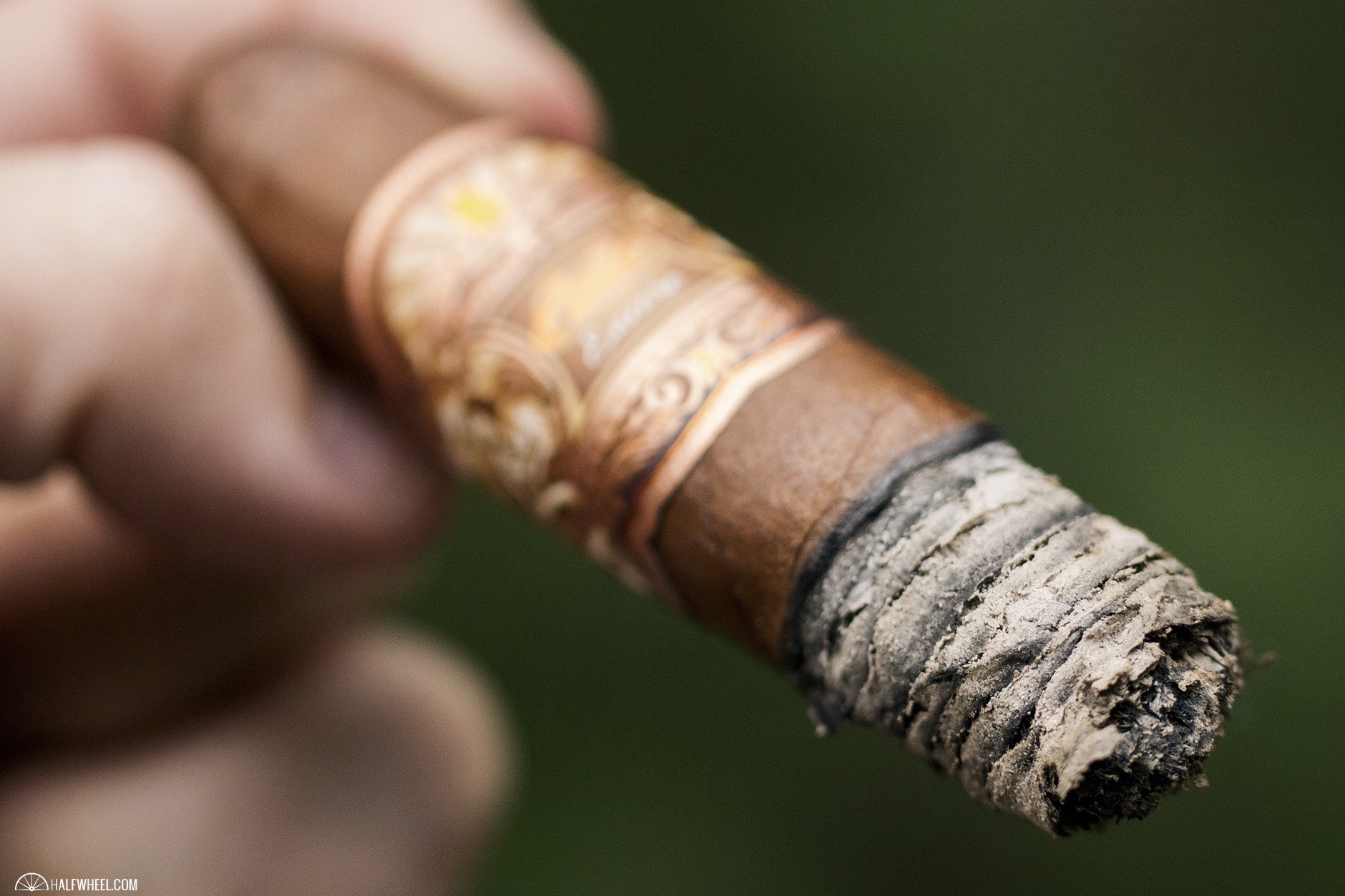 Almost as if boomeranging back to its starting place, the Perez-Carrillo Encore Majestic has shed nearly all of its creaminess by the start of the final third, and is now incredibly dry on the palate, though not particularly mouth-drying. The dry wood is the lead note, with pepper in second and seemingly having less of an impact on the overall profile, though each puff delivers a good tingle to the taste buds. The smoke begins to heat up in the final third, and the wood note that has generally been good is now quite charred and rough on the palate, magnified by its ability to linger after the cigar is put down. While the draw, burn and smoke production remain very good, the flavor makes for a fairly abrupt and rough way for the cigar to bring itself to a finish. 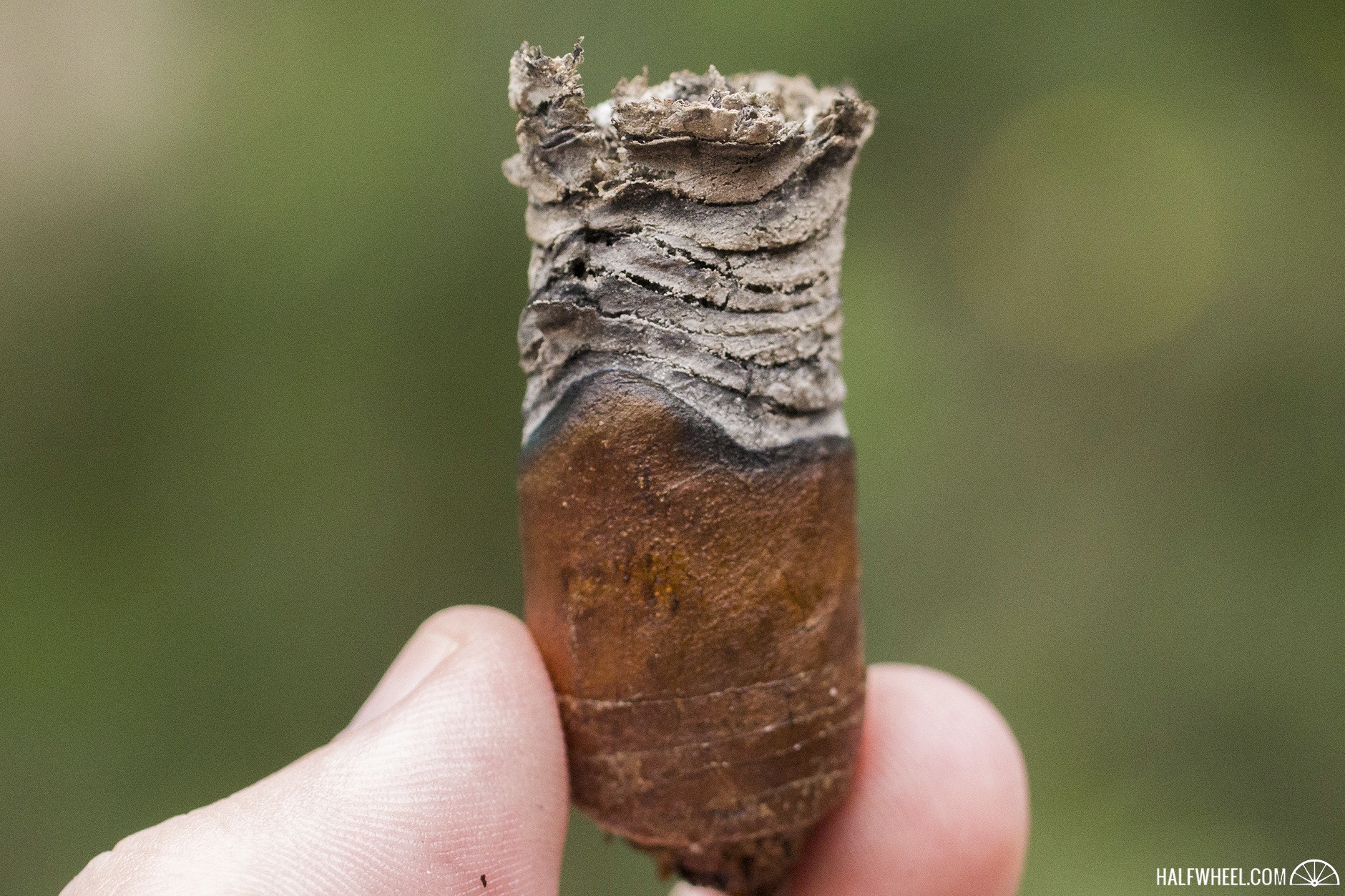 The Perez-Carrillo Encore is a cigar that comes with lofty expectations; not only does it sit at the top of the E.P. Carrillo product pyramid, yes—an actual pyramid, but its release was delayed for nearly 18 months in order to get the cigars that end up on shelves in their ideal condition. The cigars I smoked were certainly good, though seemed to fall a bit short of their billing. The flavors, while full and generally smooth, were a bit linear and on the dry side, and despite having good balance, complexity was definitely lacking. That said, this could be a cigar that turns a corner at some point and allows its tight core flavors to flower and show the nuance they contain; if so, I'm sure I'd be clamoring for several repeat performances.