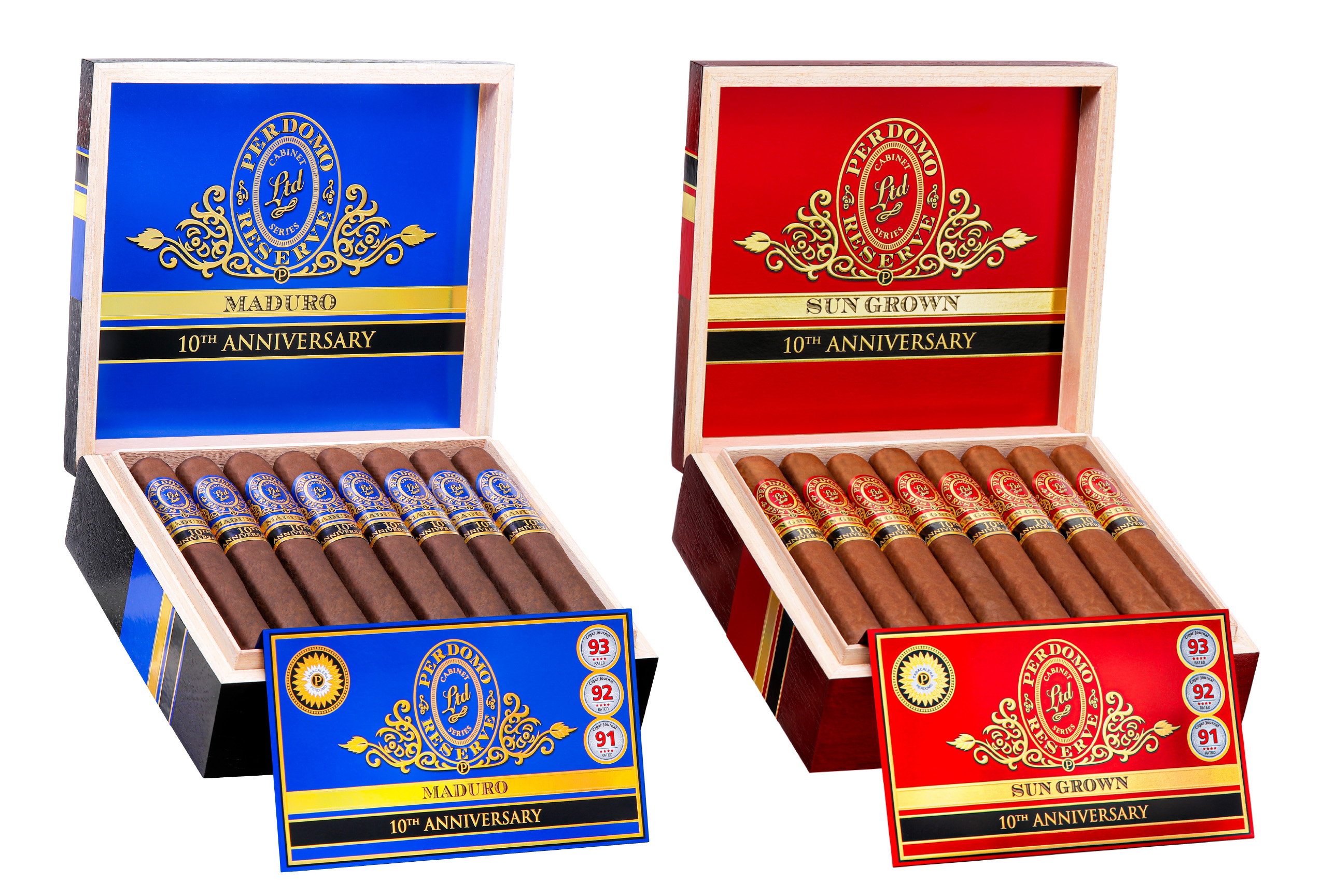 In recent weeks, Perdomo has been teasing a pair of new lines, and today the company has formally announced what they are: the Perdomo Reserve 10th Anniversary Box-Pressed Maduro & Sun Grown.

“Our Perdomo Reserve line has been on the market for over 20 years,” said Nick Perdomo, Jr., president and ceo of Perdomo Cigars, via a press release. “We wanted to come out with something really special to honor the history of the brand and offer a cigar that every cigar smoker would truly fall in love with.” 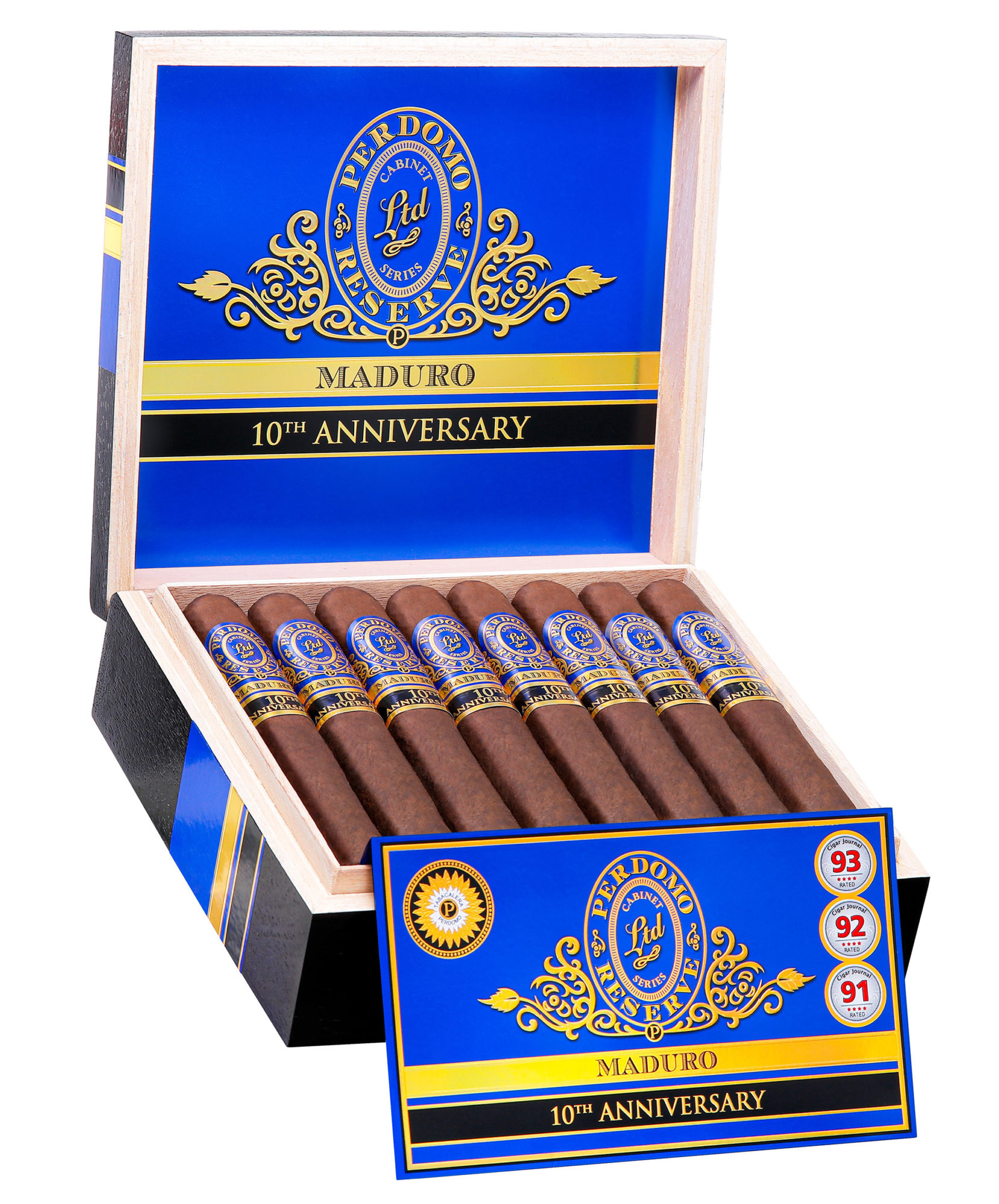 The Perdomo Reserve 10th Anniversary Box-Pressed Maduro is Nicaraguan puro that uses a six-year-old Cuban seed wrapper leaf that has been aged in bourbon barrels for 14 months. Underneath that are more six-year-old Cuban seed tobaccos used for the binder and filler. The company describes it as a medium to full-bodied accented by natural sweetness and hints of dark cocoa and espresso. 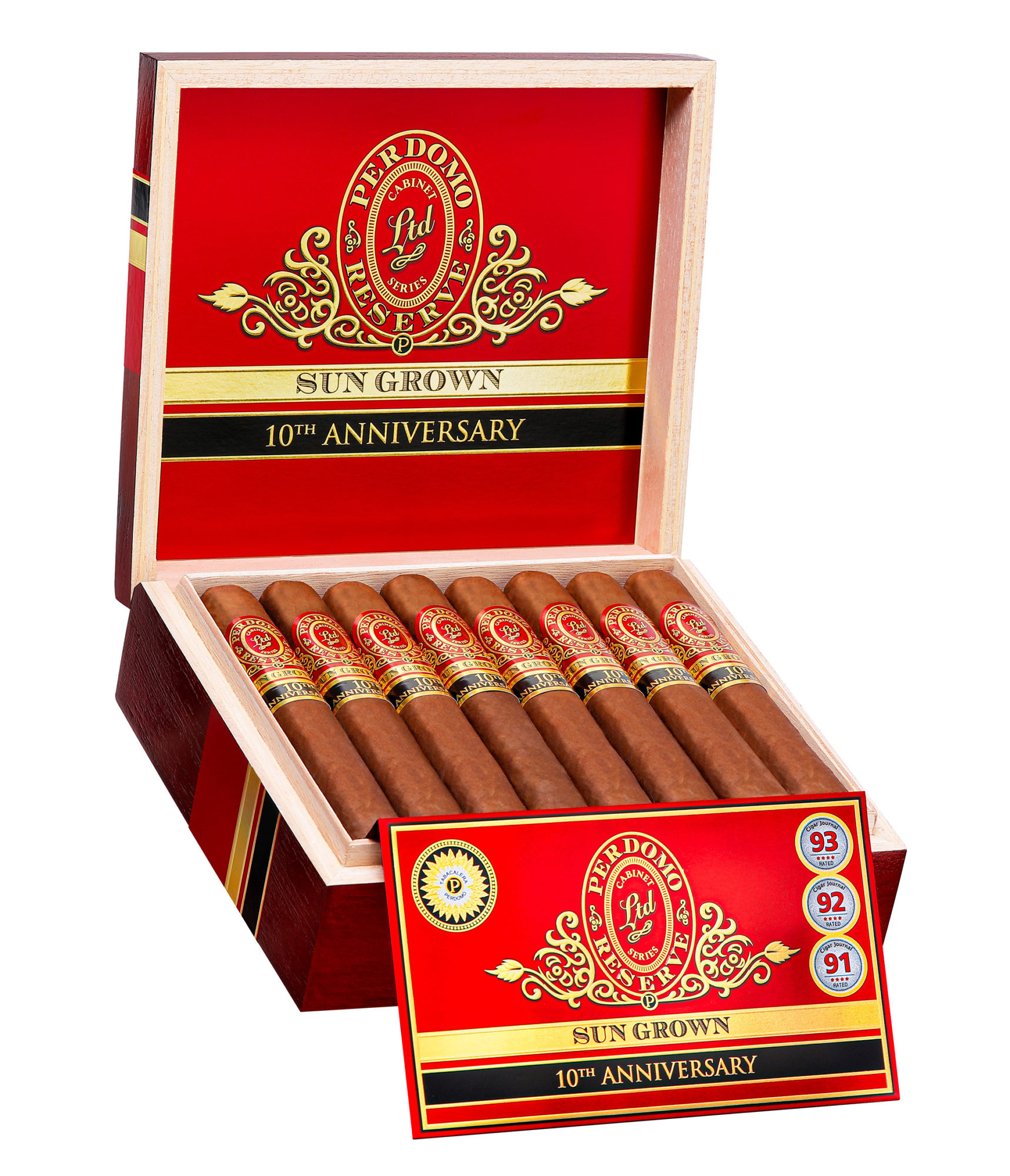 The Perdomo Reserve 10th Anniversary Box-Pressed Sun Grown is also a Nicaraguan puro, using a six-year-old Cuban seed wrapper that received 10 months of bourbon barrel aging. The binder and filler are also six-year-old Cuban seed tobaccos, with the company calling the blend medium to full bodied with a core of earthy flavors highlighted by hints of spice and sweetness on the finish.

“We blended these cigars with six-year aged Cuban-seed wrapper, binder, and filler tobaccos that we carefully hand-selected from our most prestigious farms located in the Estelí, Condega, and the famed Jalapa Valley in Nicaragua,” Perdomo said. “We blended these cigars to not only be rich in flavor, but also to be very smooth on the palate with slight hints of sweetness. Our tasting panel with over 250 years of cigar making and premium tobacco experience was amazed at how great this blend tastes.”

The new lines are offered in six sizes, each packed in 25-count boxes:

Both lines are scheduled to begin shipping in August and will be regular production lines available year-round, according to Arthur Kemper, the company’s vp.

They join the Perdomo Reserve 10th Anniversary Champagne, which was launched in August 2004. That line uses an Ecuadorian Connecticut wrapper, and Cuban-seed Nicaraguan binder and filler to create a mild to medium profile. It also shares the same six sizes and prices as the two new lines.