Perdomo will be releasing a new vitola in all three blends of its Double Aged Vintage line next month, as the company announced Tuesday morning that a limited edition Salomon vitola is due to hit store shelves in December.

The cigar measures 6 1/8 x 50/60 and will be available in all three of the line’s wrapper options, a Nicaraguan Sun Grown, Connecticut and Nicaraguan Maduro. Due to the limited run of 20,000 cigars per wrapper, the Salomon is being offered in smaller eight-count boxes with a single-stick MSRP of $12. The company says the cigars will be limited to 250 retailers worldwide. 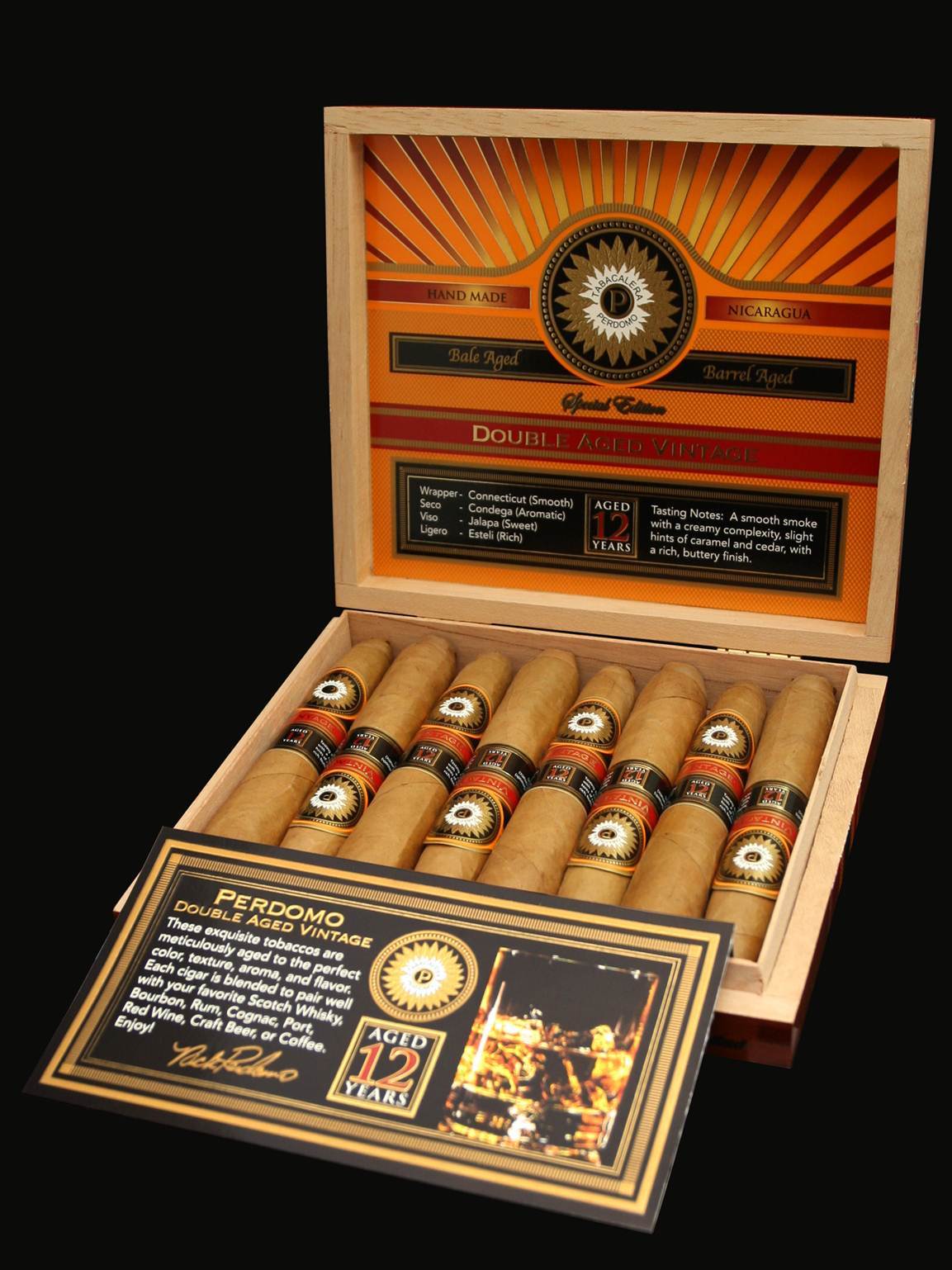 Perdomo announced the Double Aged Vintage line in June 2014, about six weeks ahead of the 2014 IPCPR Convention & Trade Show where the company would formally unveil them. Four sizes–5 x 56 robusto, 6 x 56 epicure, 7 x 56 churchill and 6 1/2 x 60 gordo extra–were made in each wrapper version, for a total of 12 facings as part of the original release.

The line is said to use the “most cherished” 12 year old fillers, binders, and wrappers in the company’s stocks, which have been bale aged for ten years and then barrel aged for an additional two years. Using a proprietary double‐aging process, each leaf of seco, viso, ligero, binder, and wrapper is aged in charred, white oak bourbon barrels. Because of the scarcity of the tobacco, only 2,500 24-count boxes per size are being released, all of which have arrived at retail as of mid-November.

“Our family has been truly blessed over the years with a loyal and dedicated staff both in Nicaragua and the United States. We are extremely grateful to the retailers and consumers who have supported us through the years and continue to share our enthusiasm and passion for our premium hand-made cigars. I’m extremely proud of this brand and we are very excited to share these special cigars,” said Nick Perdomo, Jr. via a press release.

The entire Double Aged Vintage line is made at Tabacalera Perdomo in Estelí, Nicaragua.