Back in June, Perdomo posted details of a new blend named the Double Aged 12 Year Vintage that were rolled at Tabacalera Perdomo and released in three different wrappers: Ecuadorian Connecticut, Maduro and Sun Grown. According to the company, the blend is composed of filler, binder and wrapper tobacco that have been bale aged for 10 years before being aged in charred, white oak bourbon barrels for an additional two years. The cigars in each of the three wrappers were released at different times, with the Ecuadorian Connecticut blend coming out first in July, the Sun Grown blend in September and the Maduro released in November.

Initially, each wrapper had the same four different vitolas released for them for a total of 12 new facings, but at the end of November, Perdomo announced that it would be releasing a fifth viola in the Double Aged 12 Year Vintage line that would once again be available in all three wrappers. The 6 1/8 x 50/60 salomones is the most expensive size of the five with an MSRP of $12, and unlike the rest of the line, is sold in boxes of eight instead of boxes of 24. There were only 20,000 total salomones produced for each wrapper compared to 60,000 of the other four sizes.

The press release had a quote from Nick Perdomo, Jr.:

Our family has been truly blessed over the years with a loyal and dedicated staff both in Nicaragua and the United States. We are extremely grateful to the retailers and consumers who have supported us through the years and continue to share our enthusiasm and passion for our premium hand-made cigars. I’m extremely proud of this brand and we are very excited to share these special cigars.

With the addition of the salomone, there are now five different vitolas in the Perdomo Double Aged 12 Year Vintage line, each of which are sold in three different wrappers:

The three salomones are fairly easy to tell apart. 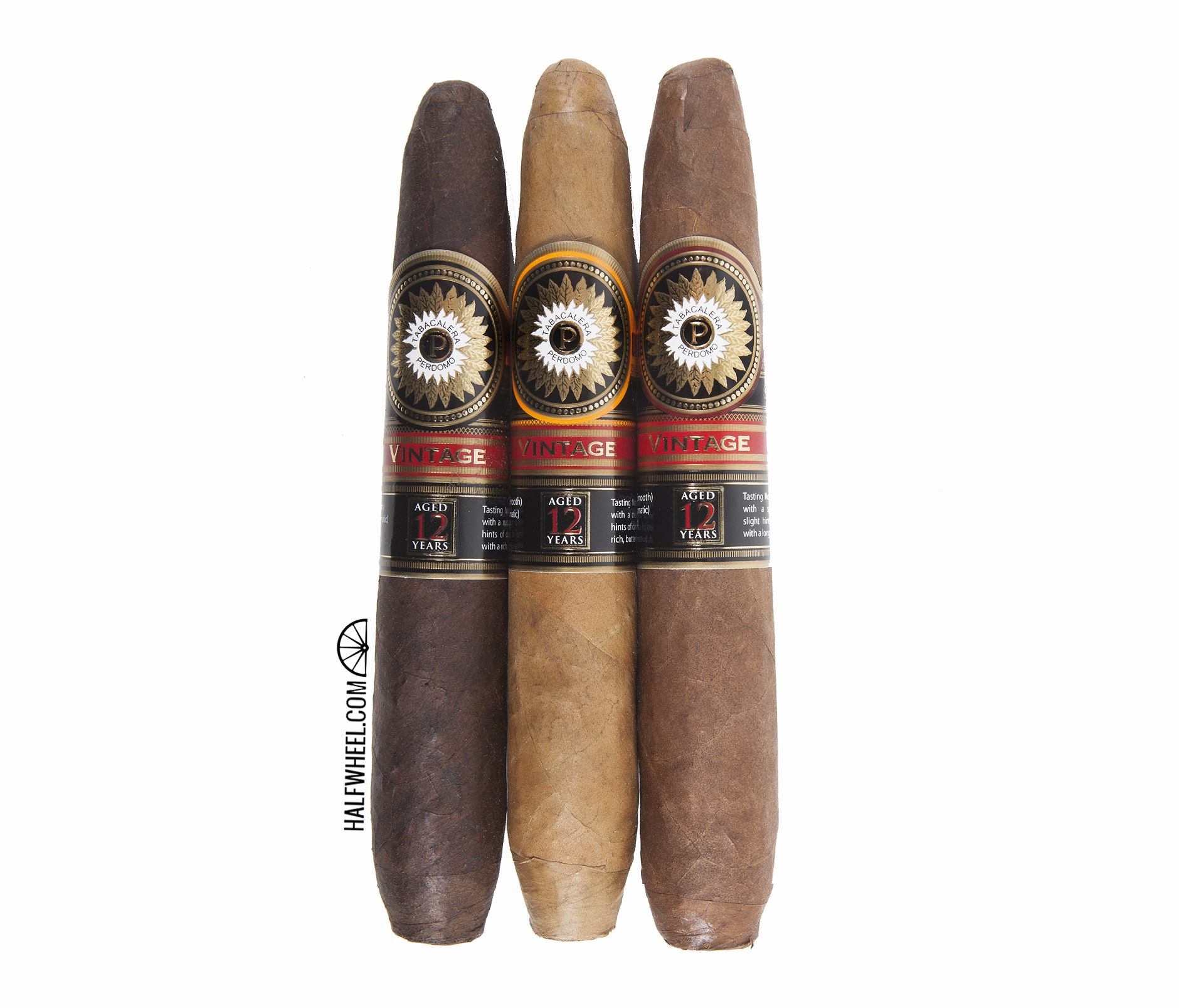 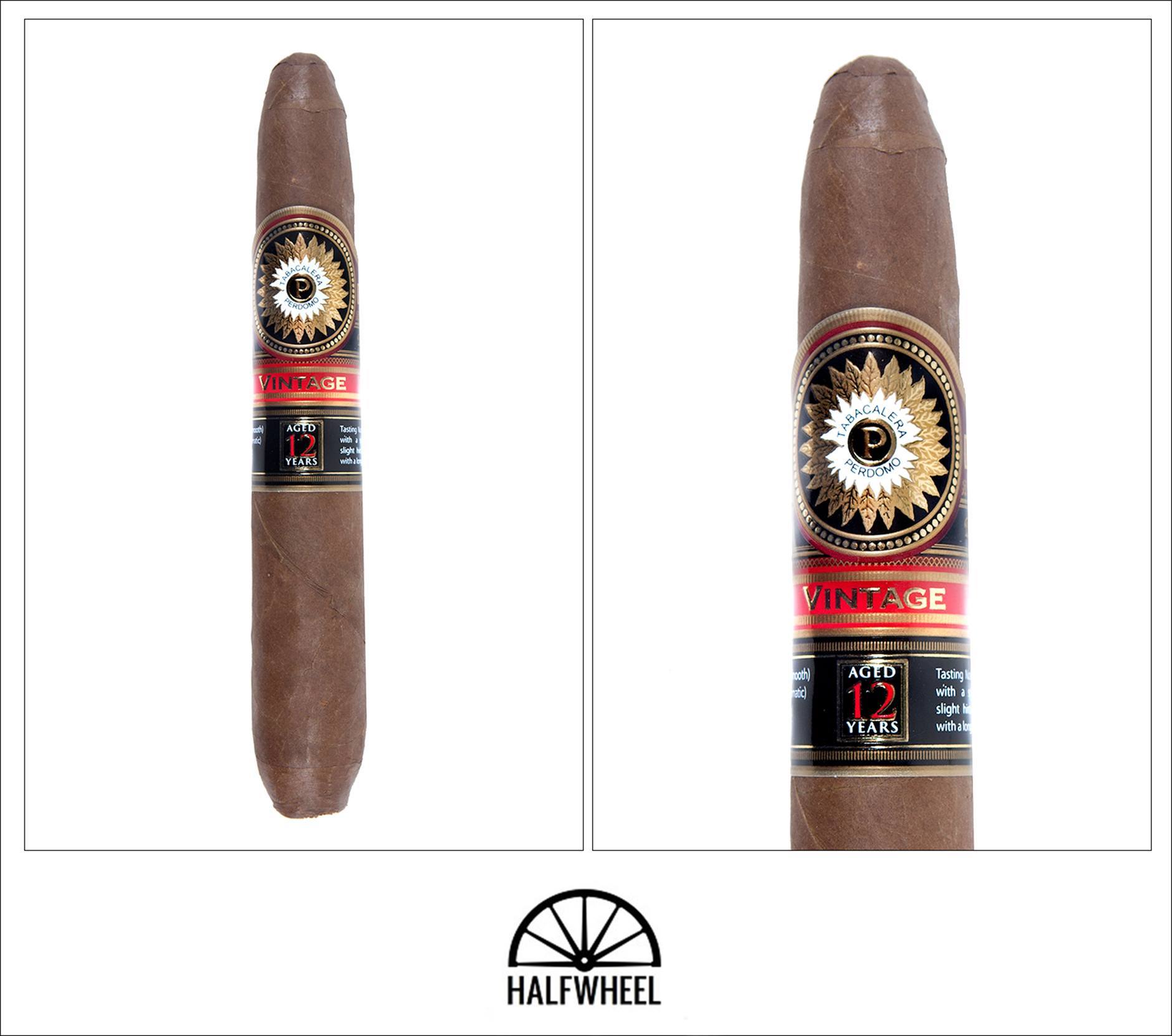 Covered in a dark mocha-brown wrapper that is silky smooth to the touch and slick with oil, the Double Aged 12 Year Vintage Salomon is also slightly spongy when squeezed. Aroma from the wrapper is distinct oak, leather, barnyard and earth while the cold draw brings a strong and sweet combination of nutmeg, spices, peanuts and gingerbread, along with some slight white pepper.

The Double Aged 12 Year Vintage Salomon starts off with flavors of creamy almonds, earth, leather, hay and barnyard. There is a surprisingly strong black pepper note present only on the retrohale, and while it does seem to be fading a bit as the first third burns down, it is still quite noticeable. The profile is quite creamy overall and features an added sweetness that reminds me strongly of gingerbread at points, especially on the finish. Construction-wise, the draw is excellent so far with just the right amount of resistance for me and while the burn is not razor sharp, it is far from problematic. The overall strength is almost nonexistent, and barely reaches the point halfway between mild and medium by the end of the first third. 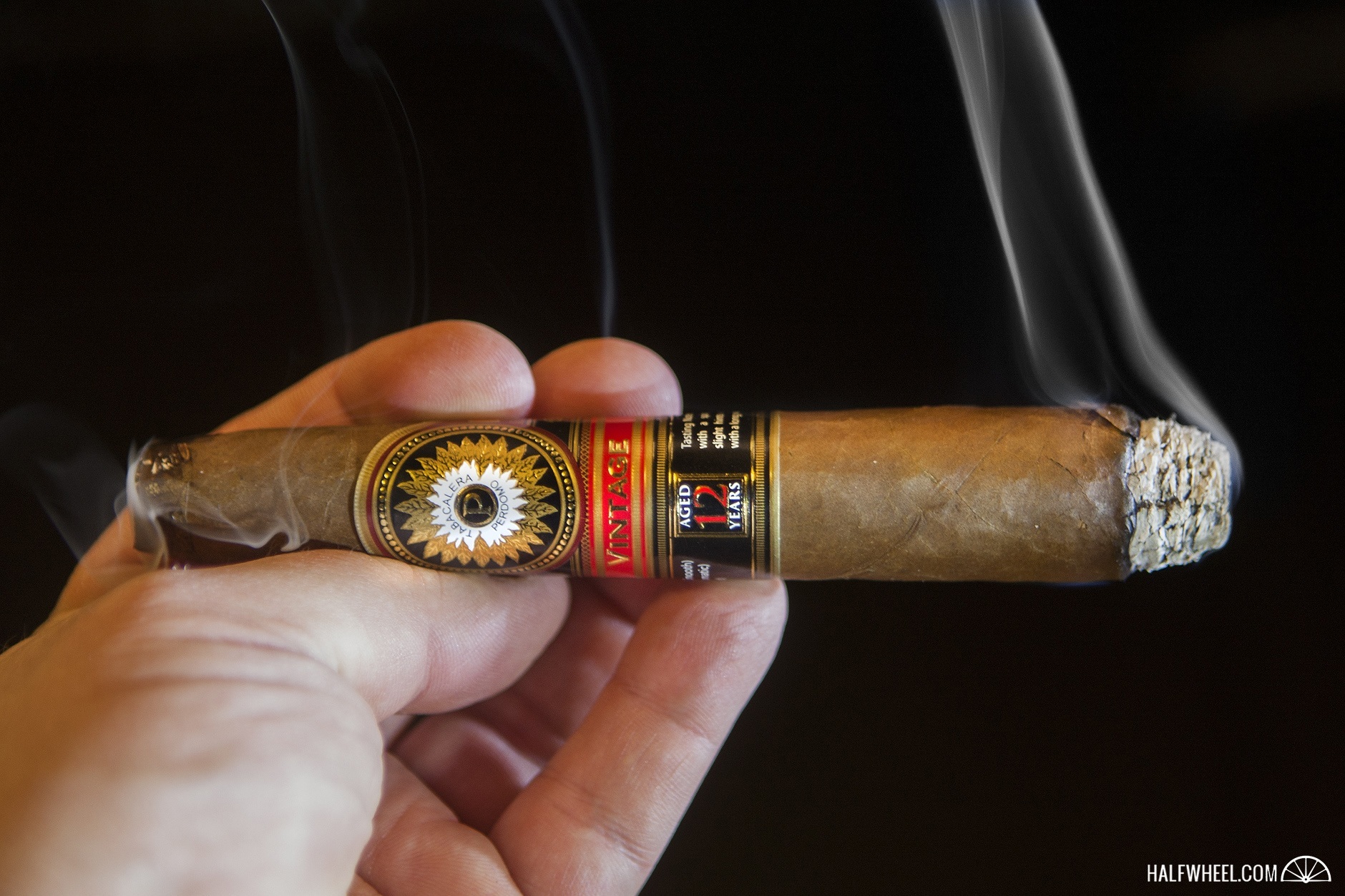 The profile remains extremely creamy overall during the second third of the Perdomo Double Aged 12 Year Vintage Salomone Sun Grown, but the sweetness on the finish morphs into more of a vanilla bean note. Other flavors of leather and that same almond note from the first third flit in and out, with the leather note becoming more and more dominant. The black pepper on the retrohale is nowhere close to as strong as it was in the first third, but it is still quite noticeable, and continues to affect the profile. The burn evens up nicely, and the draw continues to impress. While it has increased, the strength still falls short of the medium mark by t the end of the second third, although it does still seem to be increasing. 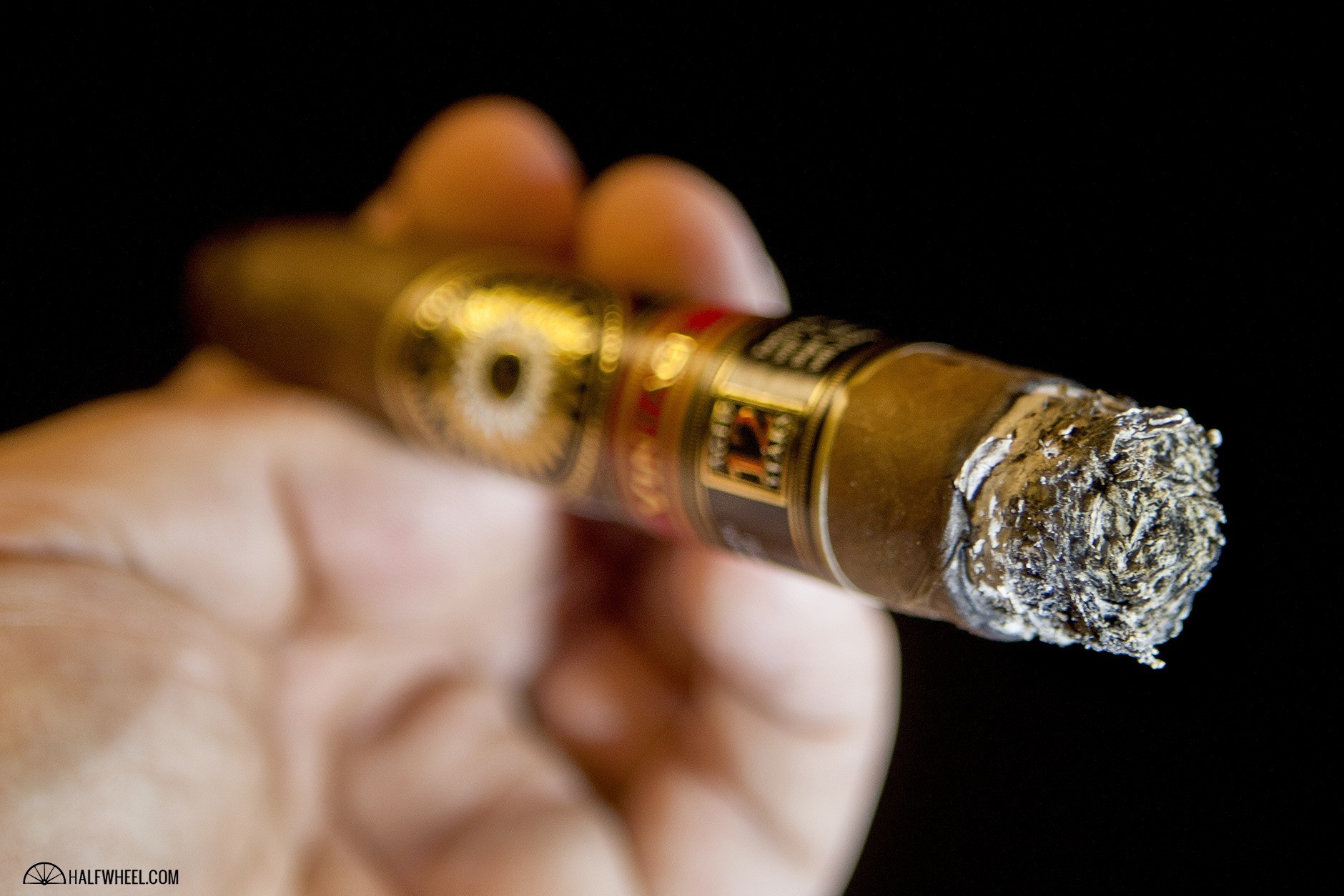 The final third continues the creamy trend, with the same earth, leather, almond and hay notes, along with a touch of cinnamon thrown in. The sweetness on the finish has shifted again, this time to more of a nutmeg flavor, while the pepper on the retrohale has remained fairly constant until the last eighth of the cigar, where it falls off the cliff, never to be seen again. Both the burn and the draw are excellent until the end, and while the strength does increase a bit from the level of the second third, it sill finishes just short of the medium mark by the time I put the nub down with a little less than an inch left. 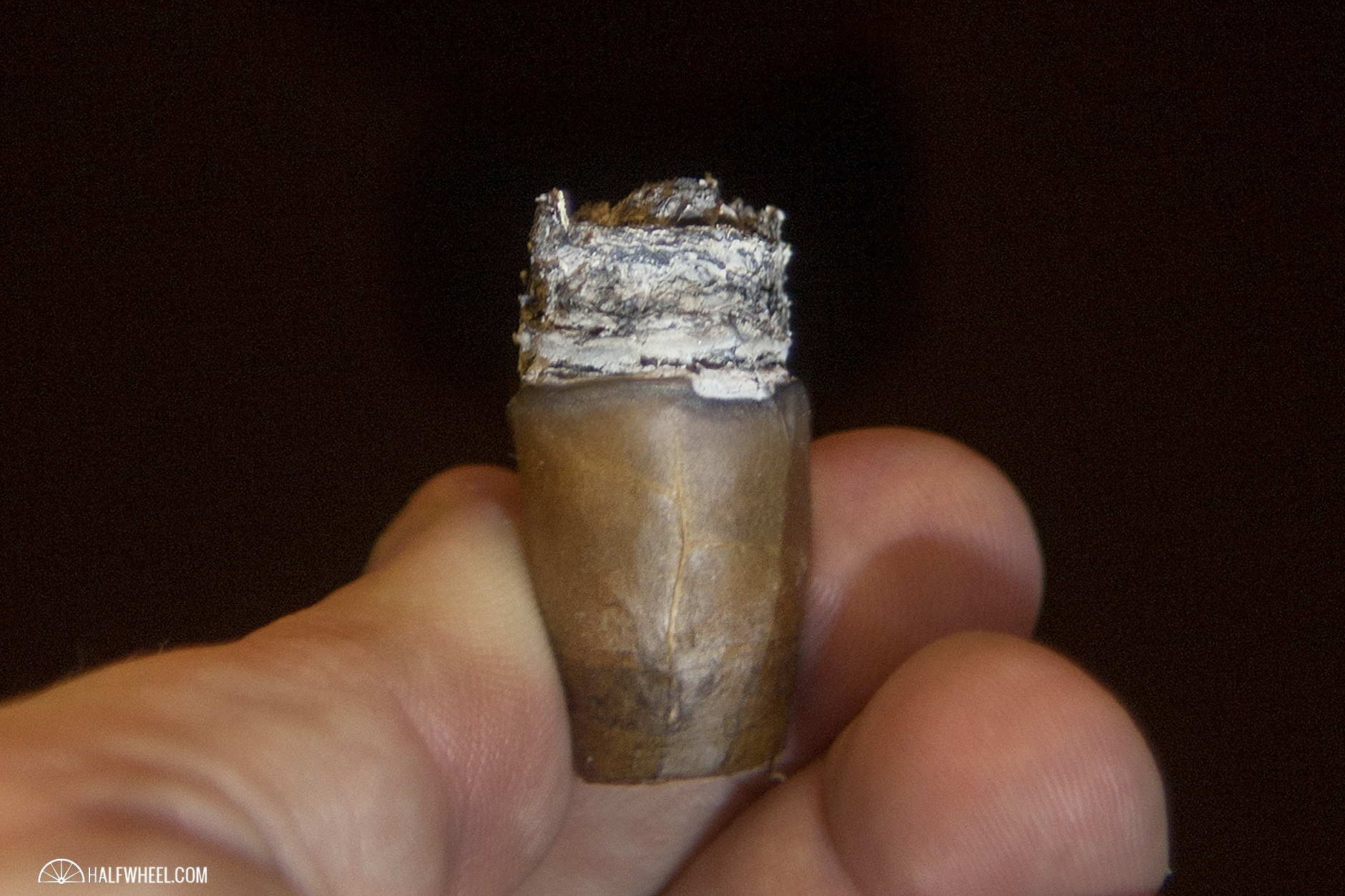 I came into this cigar almost blind, other than what we had written for the site before, I had barely heard of the line. I have to say, I was very pleasantly surprised by what I experienced. The blend features both some nice sweetness along with some interesting—and at times, quite significant—pepper to the retrohale that keeps appearing throughout the entire smoke. Although the profile is not overly complex, the flavors that are present are distinct, and the construction was quite good for all three samples. These are not powerhouses by any means, but overall they are very good cigars, and are well worth tracking down if you can find them.