Perdomo’s new Special Craft Series was first mentioned back in February, and today the company released details on this new line of cigars geared specifically for beer enthusiasts.

The new line is slated to hit stores next month, and is being offered in three wrapper varieties to provide hopheads a number of pairing opportunities.

According to the company, the Perdomo Special Craft Series Connecticut, also known as the Pilsner, is blended with a creamy U.S. Connecticut wrapper, a naturally sweet Nicaraguan binder from the Jalapa Valley, and rich, aromatic Nicaraguan fillers from the Condega Valley. The Connecticut is a mild to medium-bodied blend that is designed to pair with the light, crisp, clean flavors found in pilsners, white ales, golden lagers, cream ales, or light lagers. 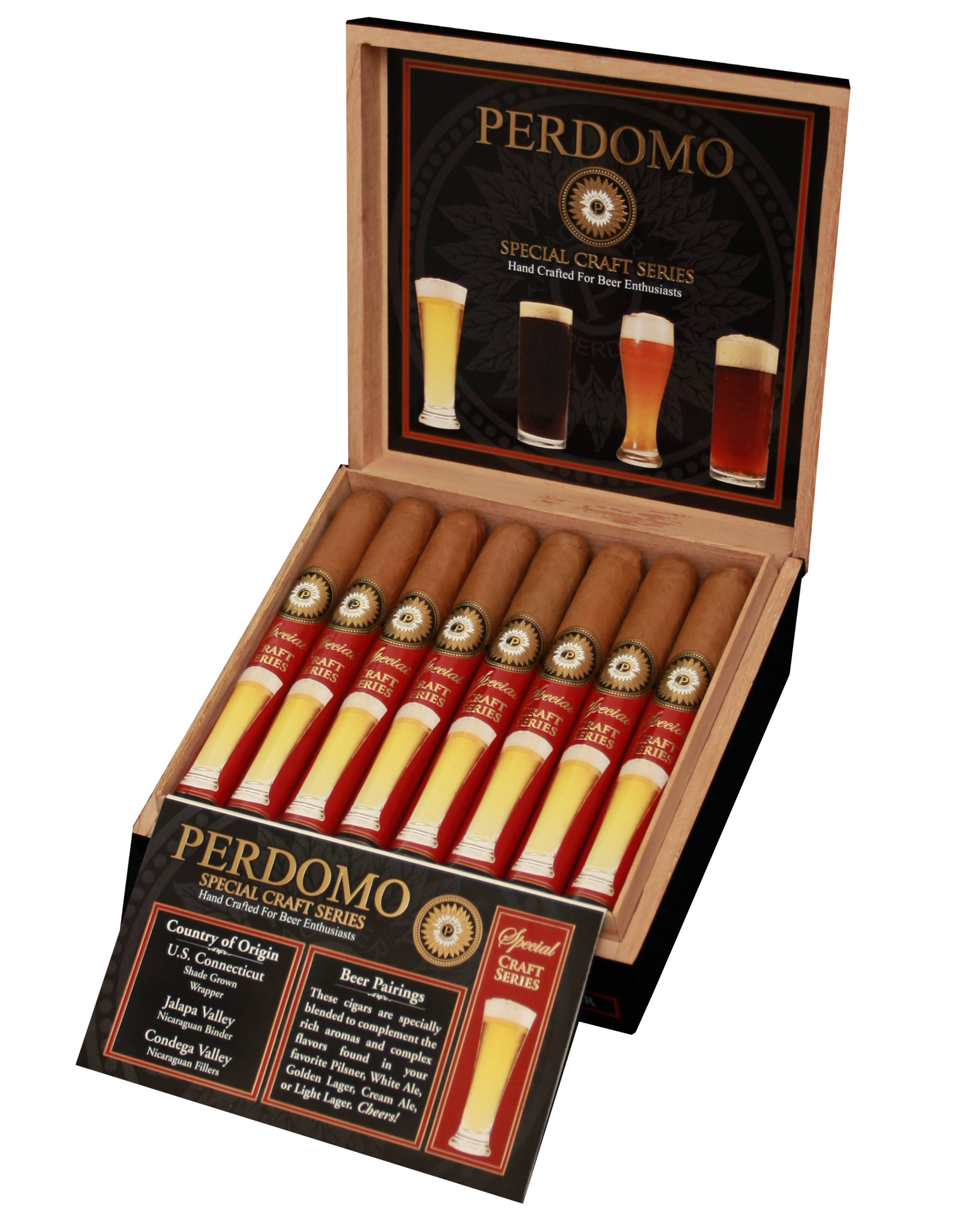 The Perdomo Special Craft Series Sun Grown, dubbed the Amber, is blended with a spicy-sweet Cuban-seed Sun Grown wrapper from the Jalapa Valley, a rich, aromatic Nicaraguan binder from the Condega Valley, and robust Cuban-seed Nicaraguan fillers from the Estelí Valley. The Sun Grown is a medium to full-bodied blend made to pair with the toasted malt flavors, floral aromas, and hoppy finishes found in ambers, pale ales, lagers, IPAs, Oktoberfests, or double IPAs. 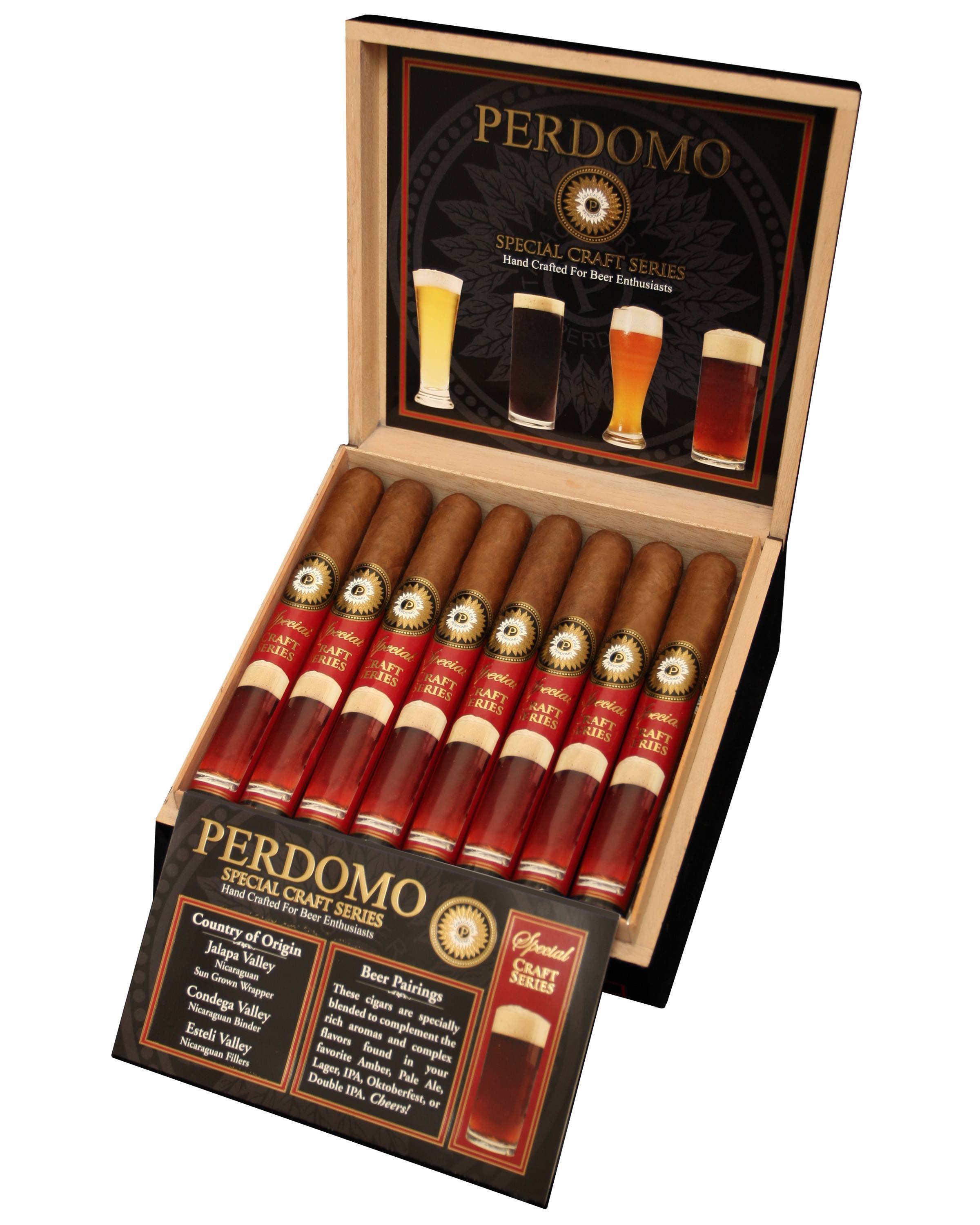 The line is rounded out by the Perdomo Special Craft Series Maduro, known as the Stout. It uses a dark, oily Cuban-seed Nicaraguan Maduro wrapper from the Jalapa Valley, a rich, aromatic Nicaraguan binder from the Condega Valley, and robust Cuban-seed Nicaraguan fillers from the Estelí Valley. The Maduro is also medium to full-bodied blend but is geared towards the thick, dark chocolate, roasted coffee, and smoky flavors found in stouts, porters, brown ales, bocks, dunkels, and imperial stouts. 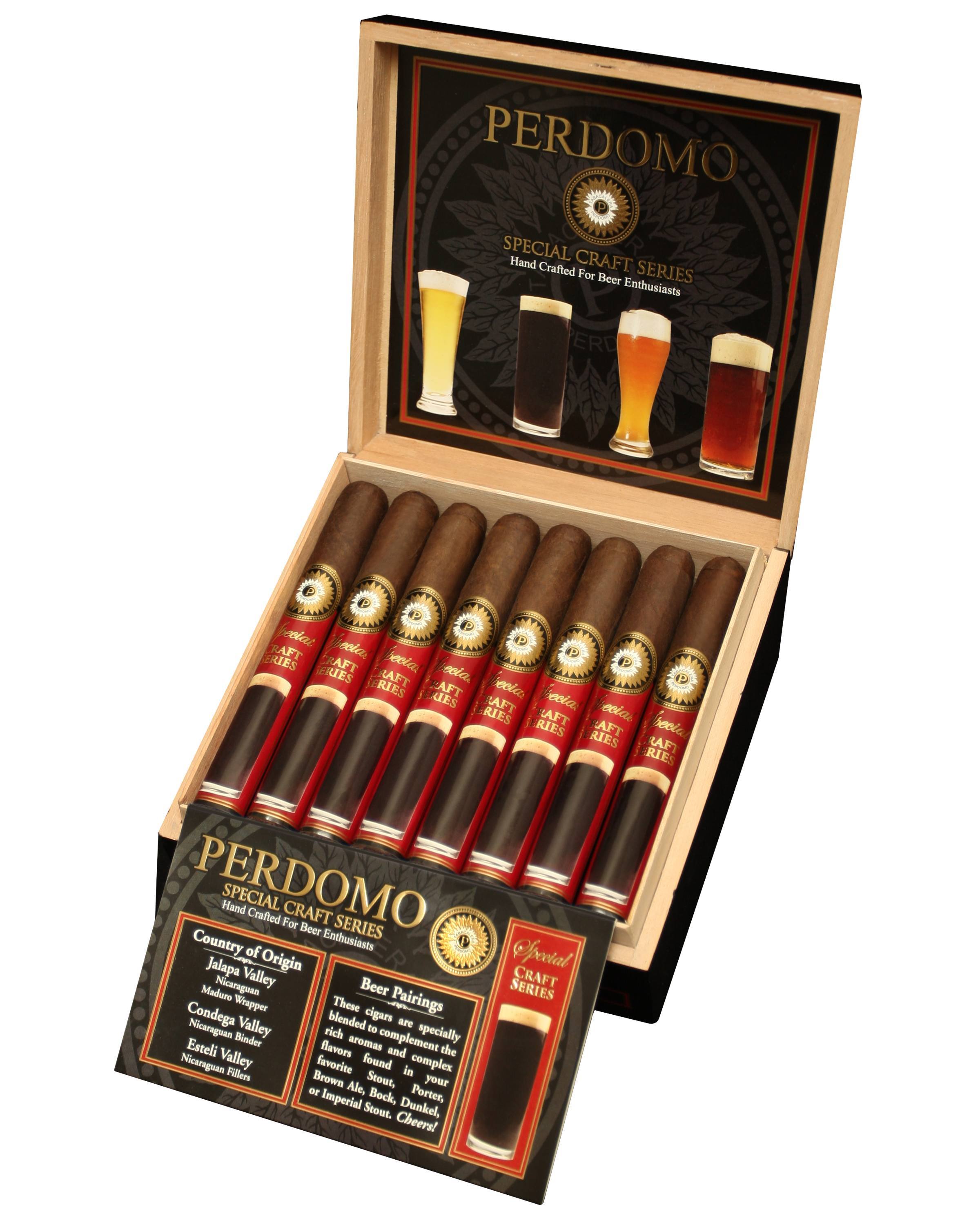 Arthur Kemper, vice president of Perdomo Cigars, told halfwheel that dates, locations and beer pairings for the launch events will be announced in the future.

Update (May 28, 2015) — Today Perdomo announced that the Special Craft Series will be launched on Tuesday, June 2 at The Beer Sellar in Newport, Ken. It will be a joint event sponsored by The Party Source and Ei8ght Ball Brewing. Future events are expected to be announced via Perdomo’s Facebook page. This story was originally published on May 21.