Gurkha Cigar Group has announced that the Pedro Martín Maduro will be part of the brand’s formal relaunch at this year’s IPCPR Convention and Trade Show that kicks off next week in Las Vegas, Nev.

Made at the TABSA factory in Estelí, Nicaragua under the guidance of Arsenio Ramos, the Pedro Martín Maduro includes a Mexican San Andrés wrapper, Nicaraguan maduro binder, and Nicaraguan filler to create a cigars that offers flavors of spice, caramel, sweetness, and cocoa. Like the previously announced Pedro Martín Ruby, it will be released in three sizes, all packed in 20-count boxes. The 5 x 50 robusto has an SRP of $7.50 per cigar and $150 per box; the 6 x 52 toro is priced at $8.50 per cigar and $170 per box, while the 6 x 60 XO will be $9.50 per cigar and $190 per box. 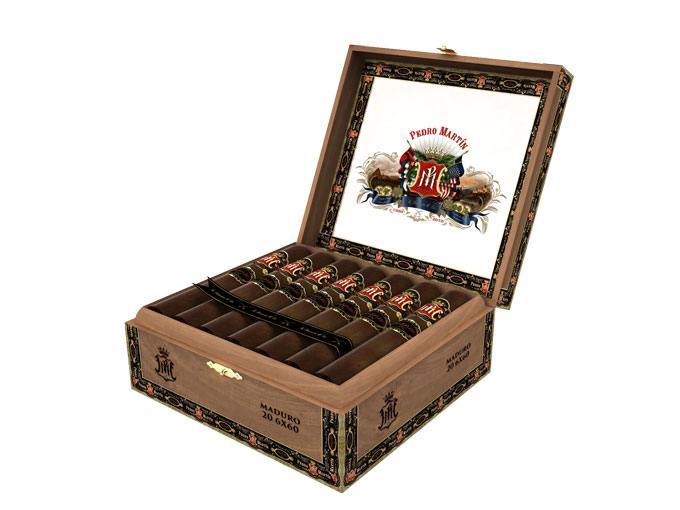 “I am beholden to both Juan Lopez and Kaizad Hansotia for giving me the opportunity to honor my father through the Gurkha brand. I know dad is looking down and proud to see his legacy continue,” said Maria Martín, Official Brand Ambassador to the Pedro Martín line. Last summer, Martín Family of Cigars was acquired by Gurkha Cigar Group shortly before the start of the 2013 IPCPR Convention and Trade Show and became part of the collection known as the East India Trading Company that includes the Wicked Indie, Red Witch, Rogue and Prize Fighter.

Pedro Martín, for whom the company was named, was the founder of Tropical Tobacco and a highly regarded figure in the tobacco industry. He worked in the Detroit area for DWG Cigar Group before launching Tropical in 1978. In 2002 he sold the company to Eduardo Fernandez, who renamed it Tabacalera Tropical. Martín died in March 2010.