Another brand making its debut at this year’s PCA Convention & Trade Show is Yaya–which translates to grandmother from Spanish—which was founded by Carlos Guillermo. The brand launched in 2019 in the Dominican Republic but is now getting a U.S. debut through United Cigars.

This is not Guillermo’s first foray into the cigar industry, as he also owns CigarZona, which makes customized cigar accessories including humidors, ashtrays and domino tables.

Since the brand is now being distributed by United Cigars, Yaya is located in the United Cigars booth. I found Guillermo to be both charming and energetic in person, especially when talking about his brand or his time growing up in the Dominican Republic. 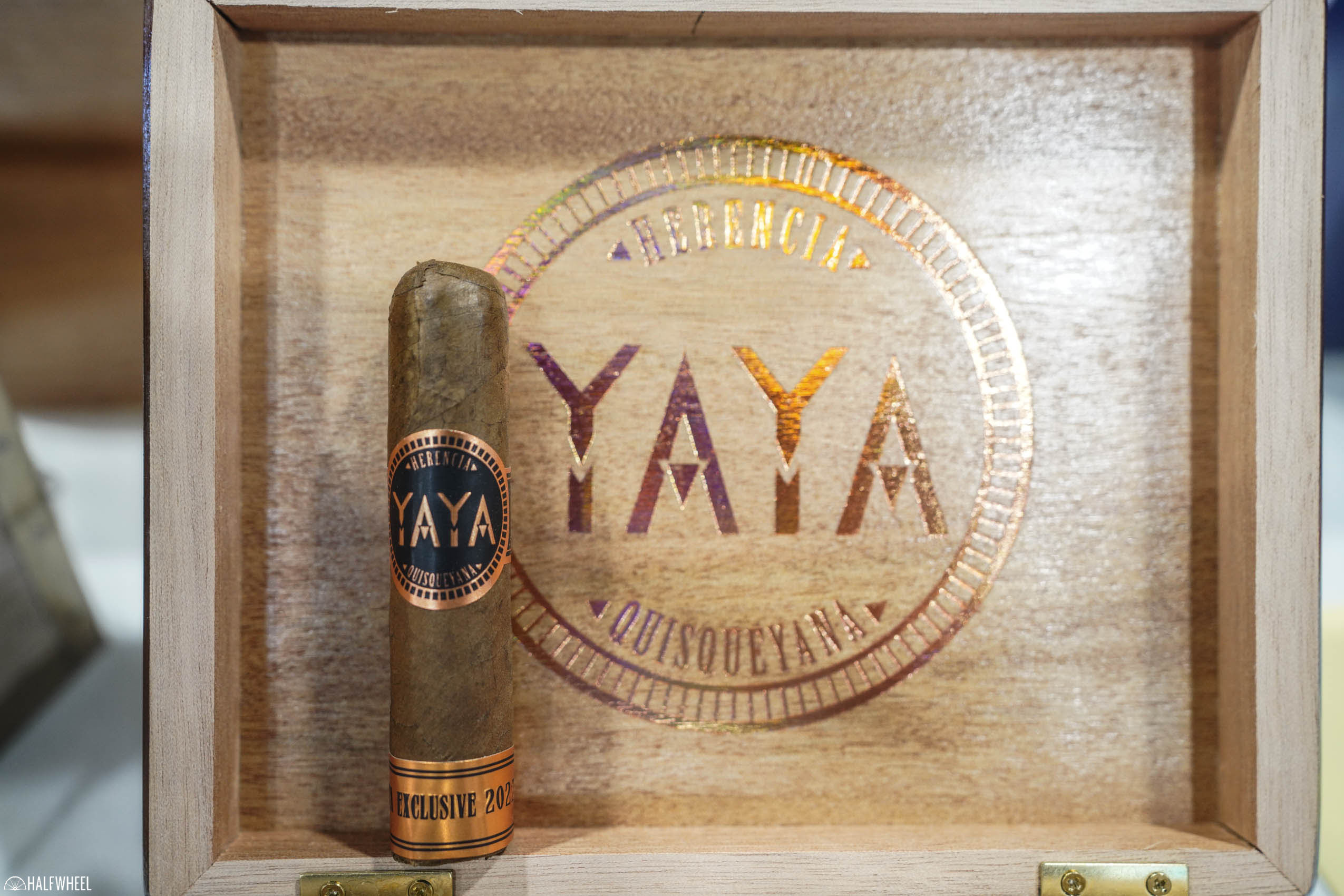 The story behind the moniker of this line goes thusly: when Guillermo was a young boy, he and his friends used to sneak cigars from an old woman who made her own blends. The kids nicknamed her Yaya and years later, he decided to name his first cigar brand after her. This new Short Robusto vitola is only being sold to retailers who attend the PCA Convention & Trade Show.