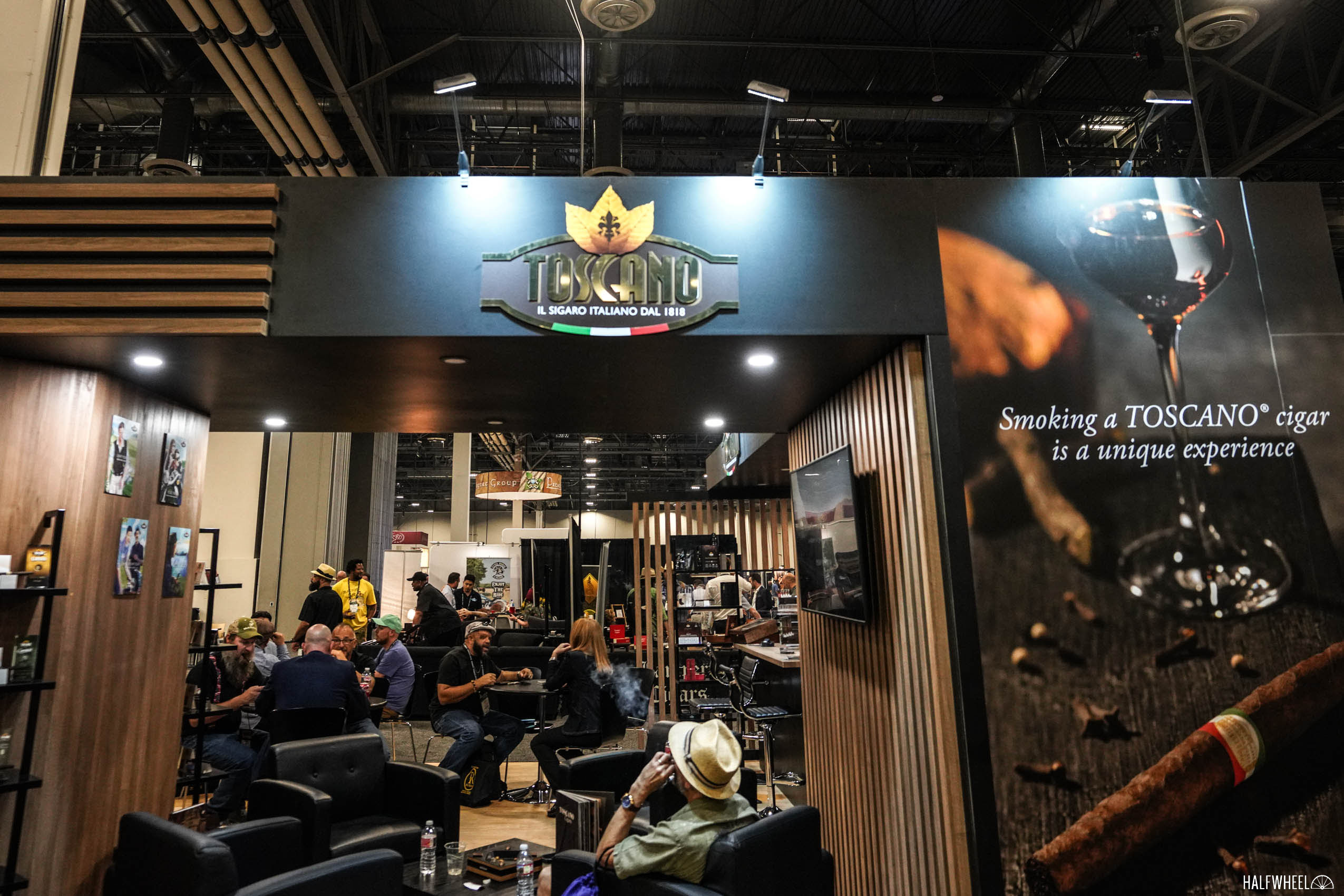 At every trade show, there are a handful of companies whose booth traffic surprises me in a positive way. This year, those companies included Sinistro and Toscano—both booths I walked by multiple times on different days and each time they were too busy for me to bother trying to record a video. For Toscano, I walked by at least a half dozen times on Day 3 to find a booth that was packed full of people with seemingly no employees free to record a quick video. Later on that day, I saw the Premium Cigar Association team walk over with a big sign to designate that Toscano was voted by attendees as one of the best booths of the show.

This was likely due to the company sponsoring one of the cocktail hours, which allowed for the company to show off its products, including the new Toscano Master Series. As for the booth, it is very nice with one exception—the lighting in the cases that hold the new Master Series is some of the worst I encountered during the entire trade show. That said, I did like how the company put those displays on the outside of the booth, facing a main walkway. To be clear, the issue with the lighting was that it made the cigars very difficult to see, though you could easily see the packaging. 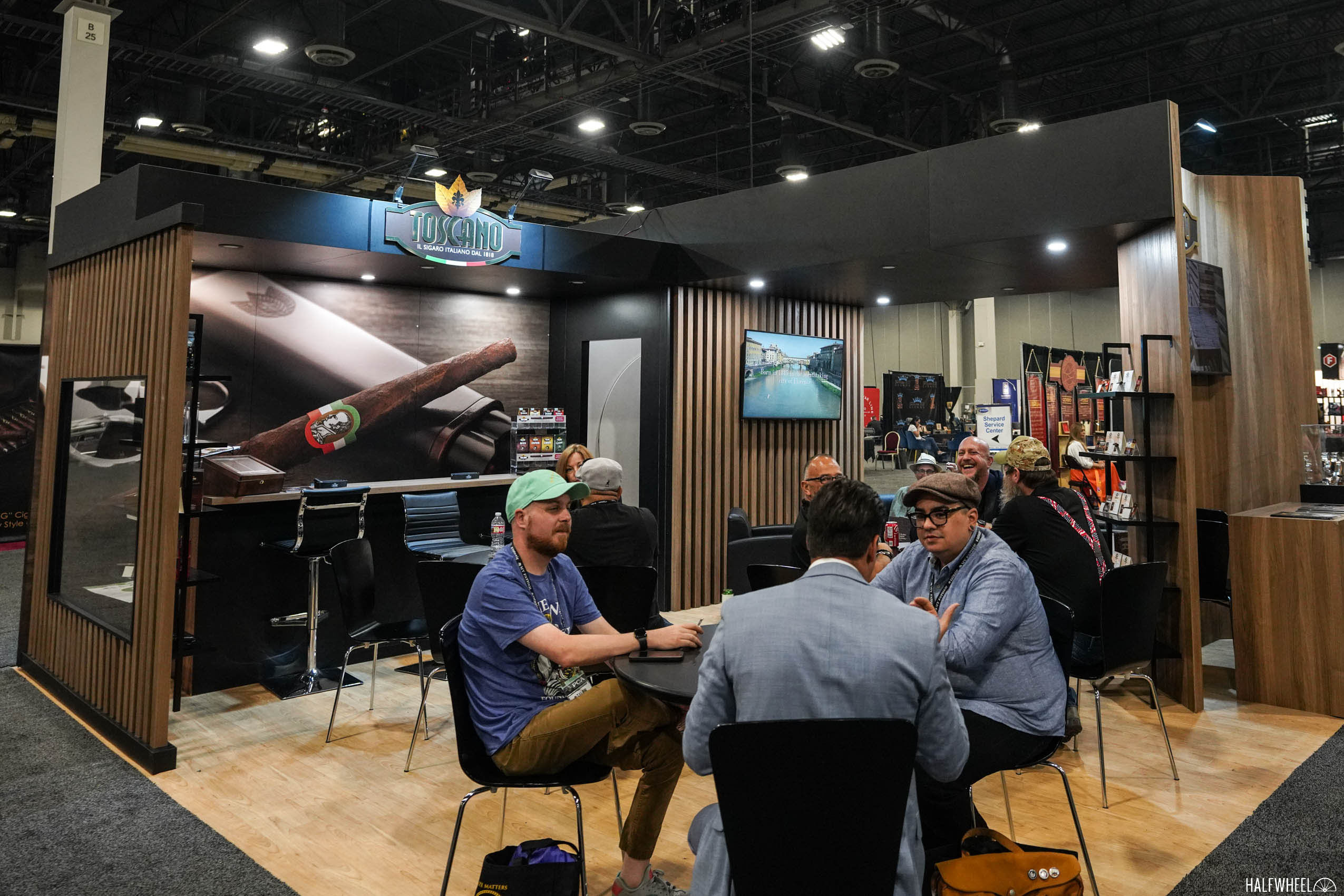 Even on Day 4, when it seemed like half the trade show exhibitors that were still left spent the show walking around to other companies’ booths, Toscano was still busy enough that getting an interview took a bit of waiting and ultimately required slightly interrupting—or delaying—one of the company’s meetings with retailers. 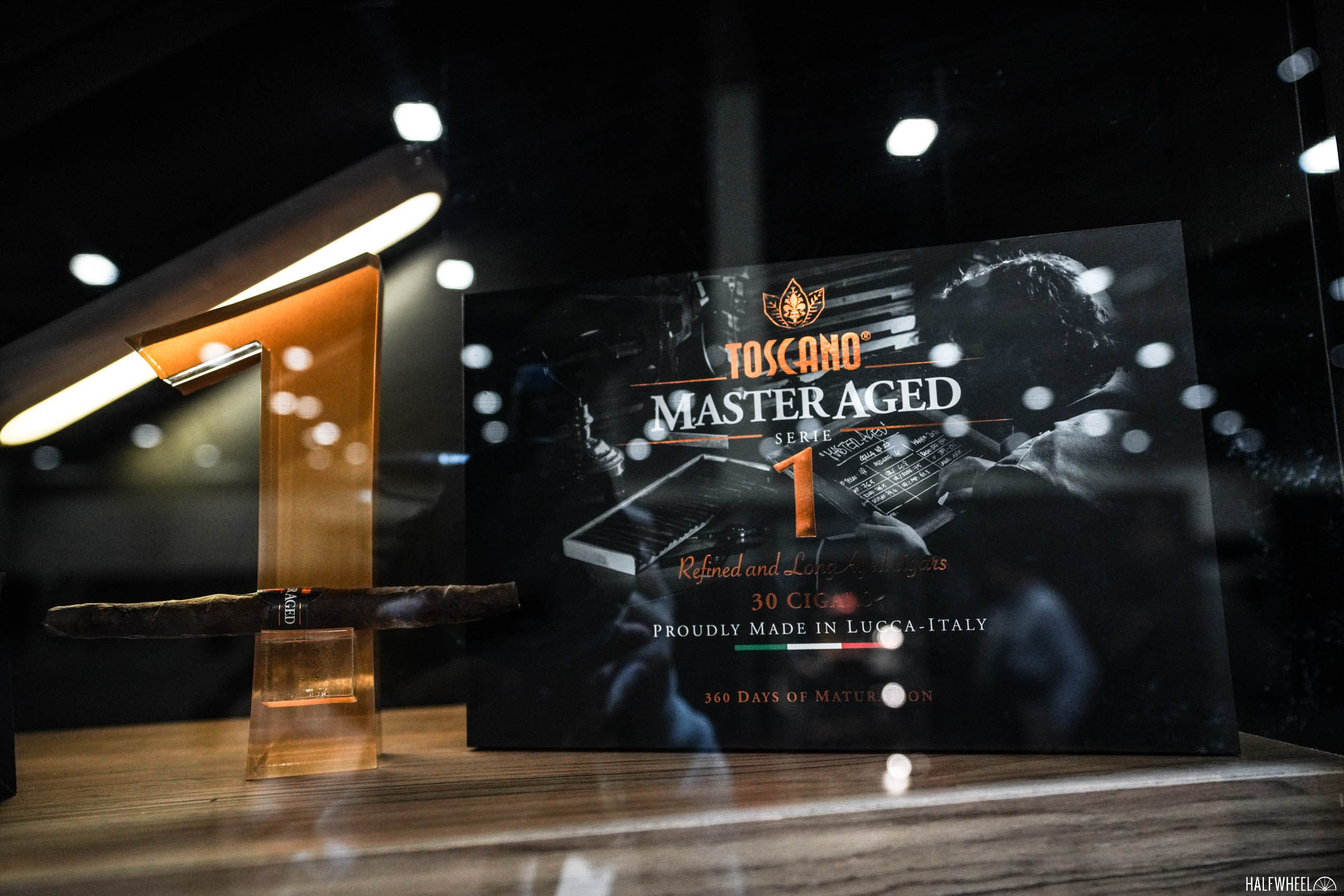 This is because of a special aging process that the Master Series cigars go through, spending nearly a year in these specialized rooms that are temperature and humidity controlled. 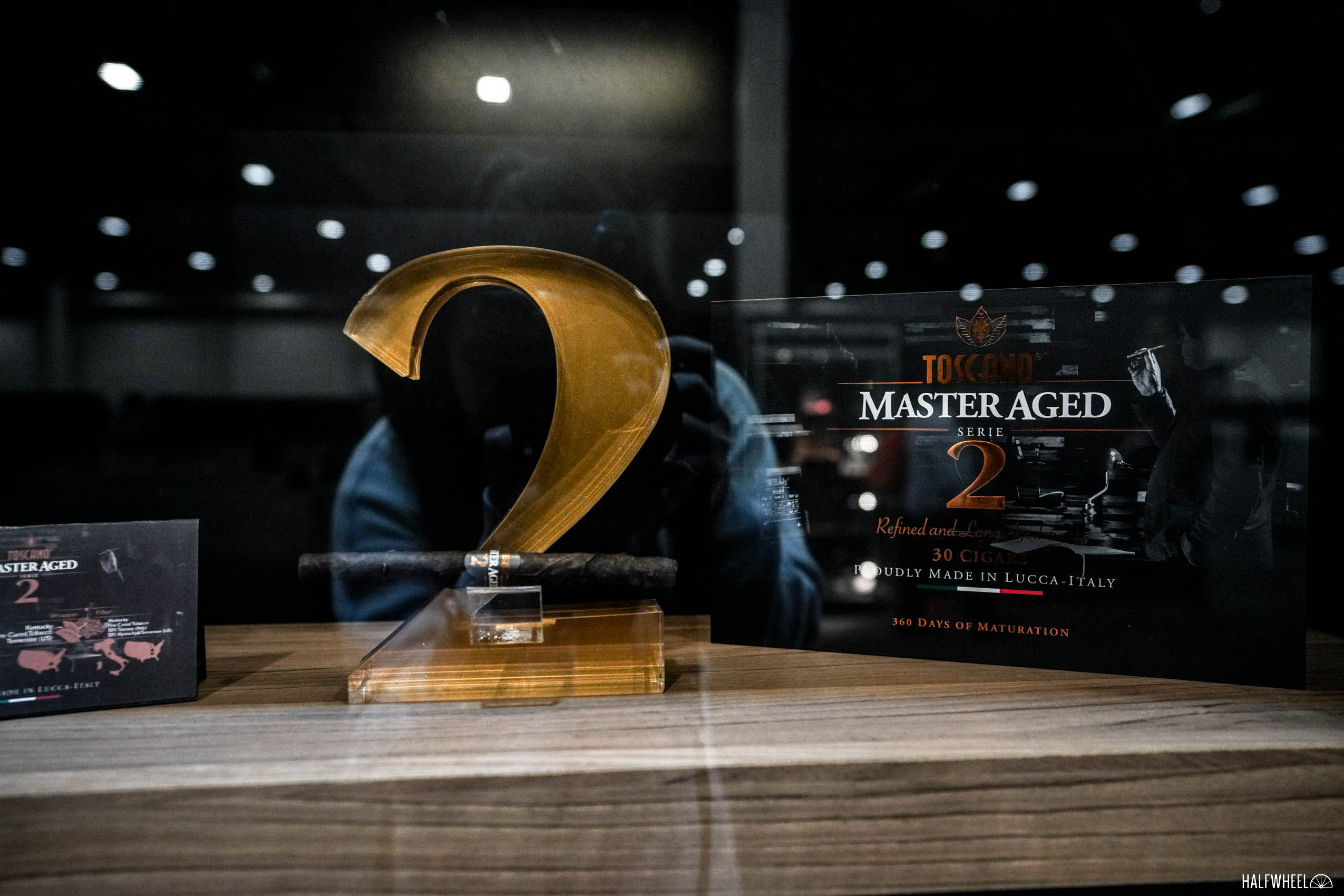 The wrapper, which is grown in Tennessee, undergoes a fire-curing process that lasts 30 days. This is supposed to impart an even toastier taste into this cigar. 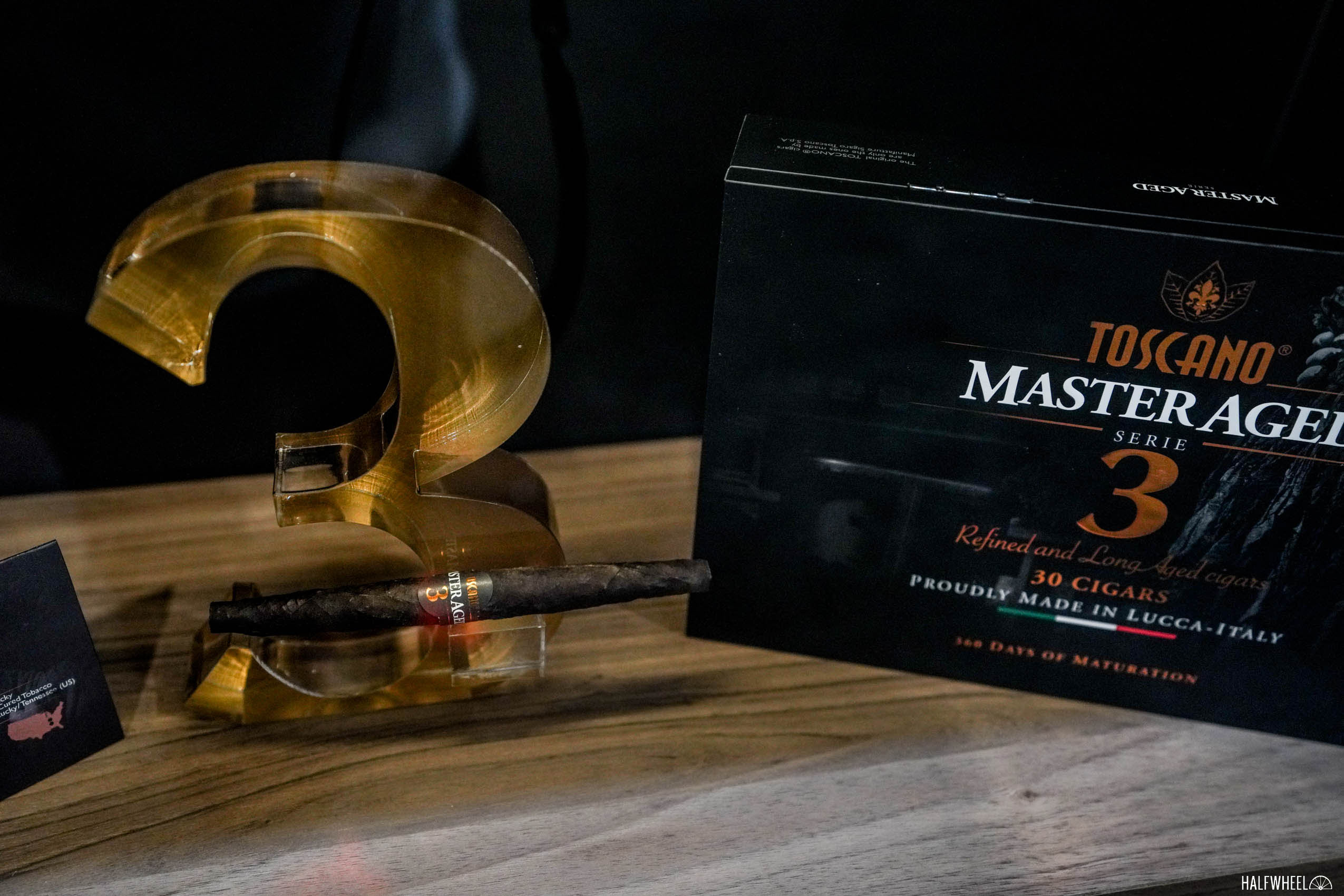 The Master Series 3 is notable because all of the tobaccos are grown in the U.S. and they all are stalk-cut, a process where farmers cut the whole plant—stalk included—with the leaves still on the stalk. That stalk is then transported to a barn where it is left to cure. Typically, most tobaccos are picked at the leaves, which are individually hung, and then the stalks are discarded before ever making it to the barn.