As you might recall from last year’s trade show, Tatuaje took a very different approach to its booth space, no longer using the structure it had used from 2016-2019, and instead going to a much more open concept marked by banners in the corners, two display cases with the company’s new products, and then seating area throughout the space, which included the familiar tables as well as a roped-off, VIP section in one corner.

Coming out of the pandemic, this change saved on costs in terms of moving and assembling the larger structure, and seemingly didn’t affect sales much if at all. And judging by the fact that the stripped-down booth returned this year and how busy it was right after the doors opened, it just goes to show that you don’t need an expensive and elaborate booth to sell a lot of cigars.

As for the cigars that were being sold, there was a good number of them, as 2022 was similar to what Pete Johnson did last year when he essentially brought all of his new cigars to the show and will release them over the course of the next nine months or so, at least according to the schedule at the moment. As always, release dates are subject to fluctuations and the company isn’t getting too firm with them yet, other to say that the cigars will be rolling out over the coming fall months. This incudes a mix of regular production and limited editions, with a number of them being part of the 10th anniversary celebration of L’Atelier Imports and the Surrogates brand. You’ll notice that the Británicas Extra vitola is getting a fair amount of usage this year, and that includes this limited edition being made for the Cabaiguan line. All the blend details remain the same as the regular production sizes. 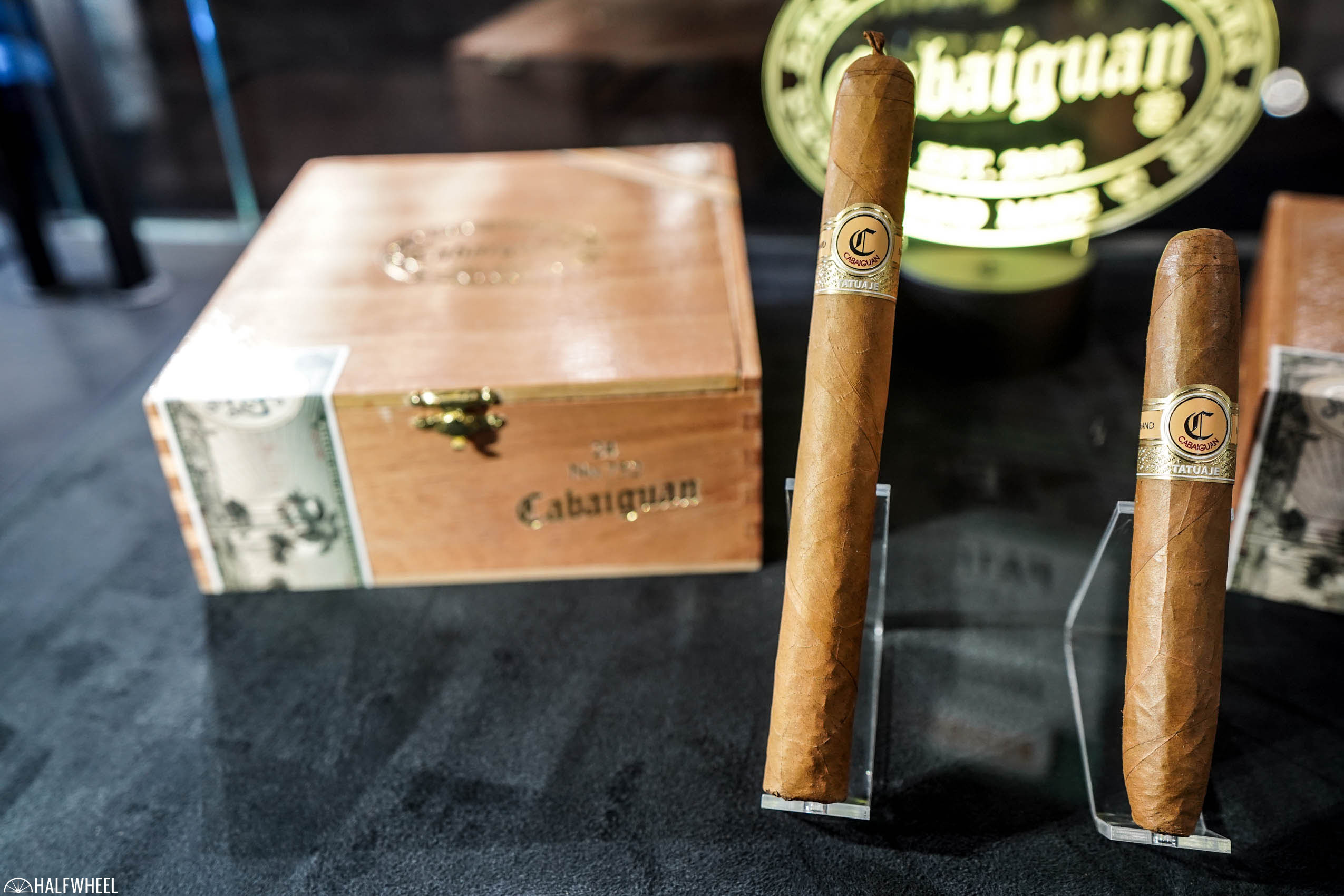 The Cabaiguan line is also getting a new regular production size, a Churchill-esque vitola that is the longest in the line. All the blend details remain the same here as well. 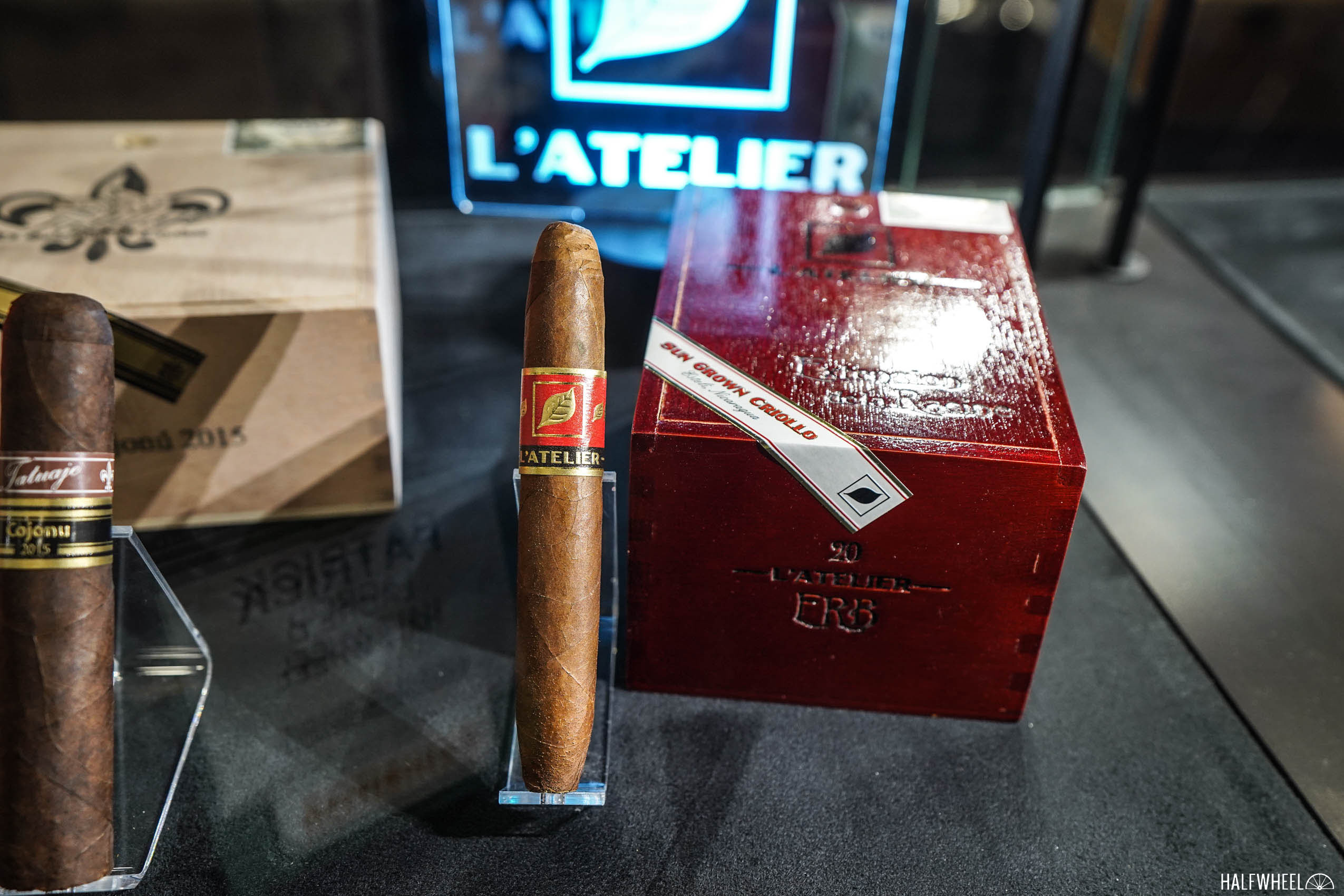 The Británicas vitola is getting a good amount of use in the company’s new releases, one of which is this cigar, with a name that stands for Edición Racine Britanicas. This release was selected by K.C. Johnson and uses the same blend as the L’Atelier Racine line, which debuted in 2013 and features the Sancti Spiritus varietal as one of the binders as well as in the filler. 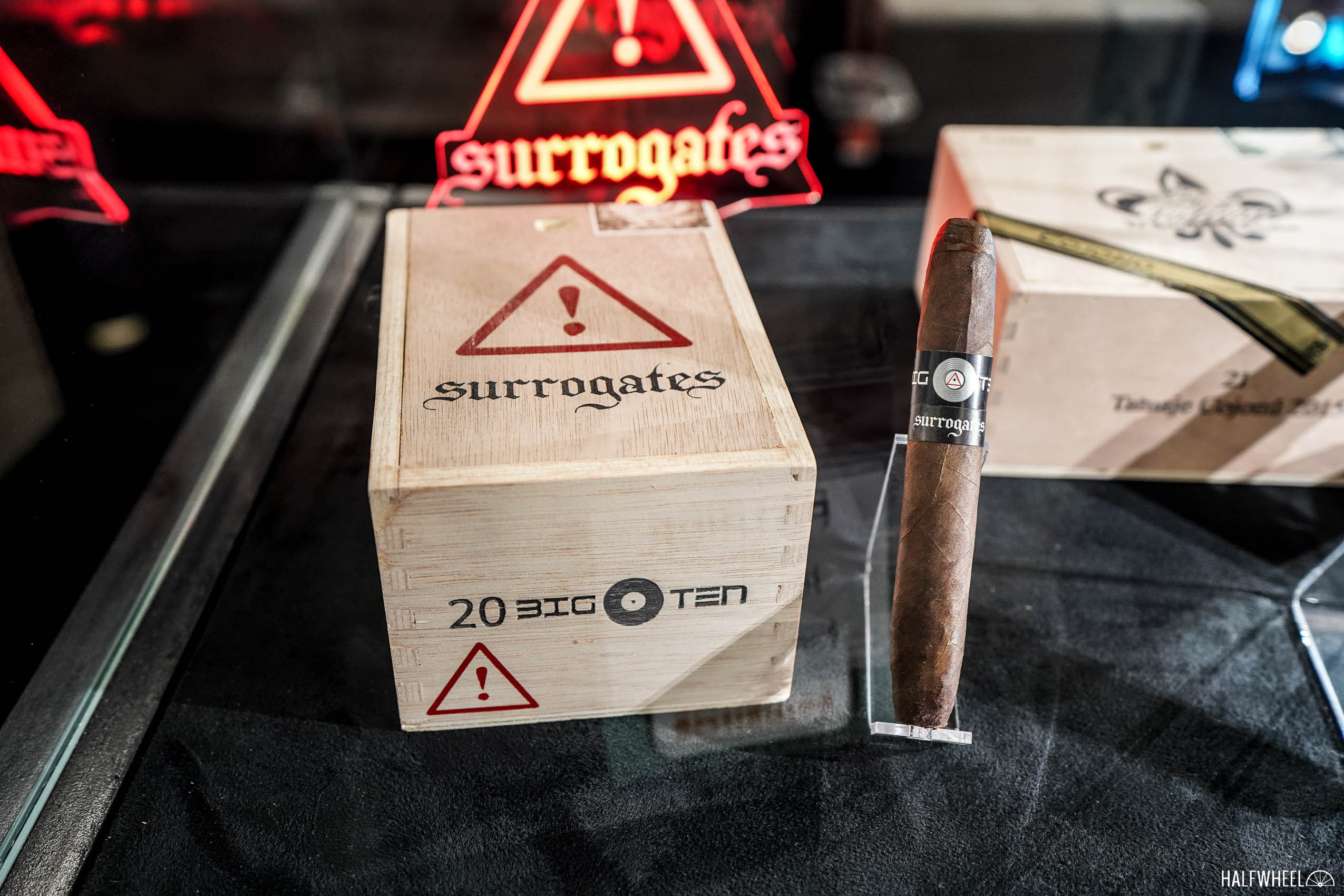 This is both the cigar that is celebrating the 10th anniversary of the Surrogates brand, as well as the first in a new line for the brand, with a new size being planned for next year when the line goes into regular production. Dan Welsh told halfwheel that the blend is based on the cigars found in the Surrogates event packs, calling the profile “medium-plus-plus,” which is notable as the blend does not use any ligero, the top leaves of a tobacco plant that generally pack the strongest flavors. The company is going back to “the lost years” of 2015 and 2018 for these releases, years when there should have been Cojonú releases according to the original plan of releasing a new version every three years, but were ultimately skipped. The core details remain the same as previous versions, released in a 5 x 55 robusto gordo vitola, though it will wear a different secondary band that is the inverse of what is shown. Since it uses a habano wrapper, the band will be gold in the middle with black trim, as opposed to the Connecticut broadleaf wrapper that gets the black band pictured above. As for that other lost year of 2018? It could be coming in 2024. 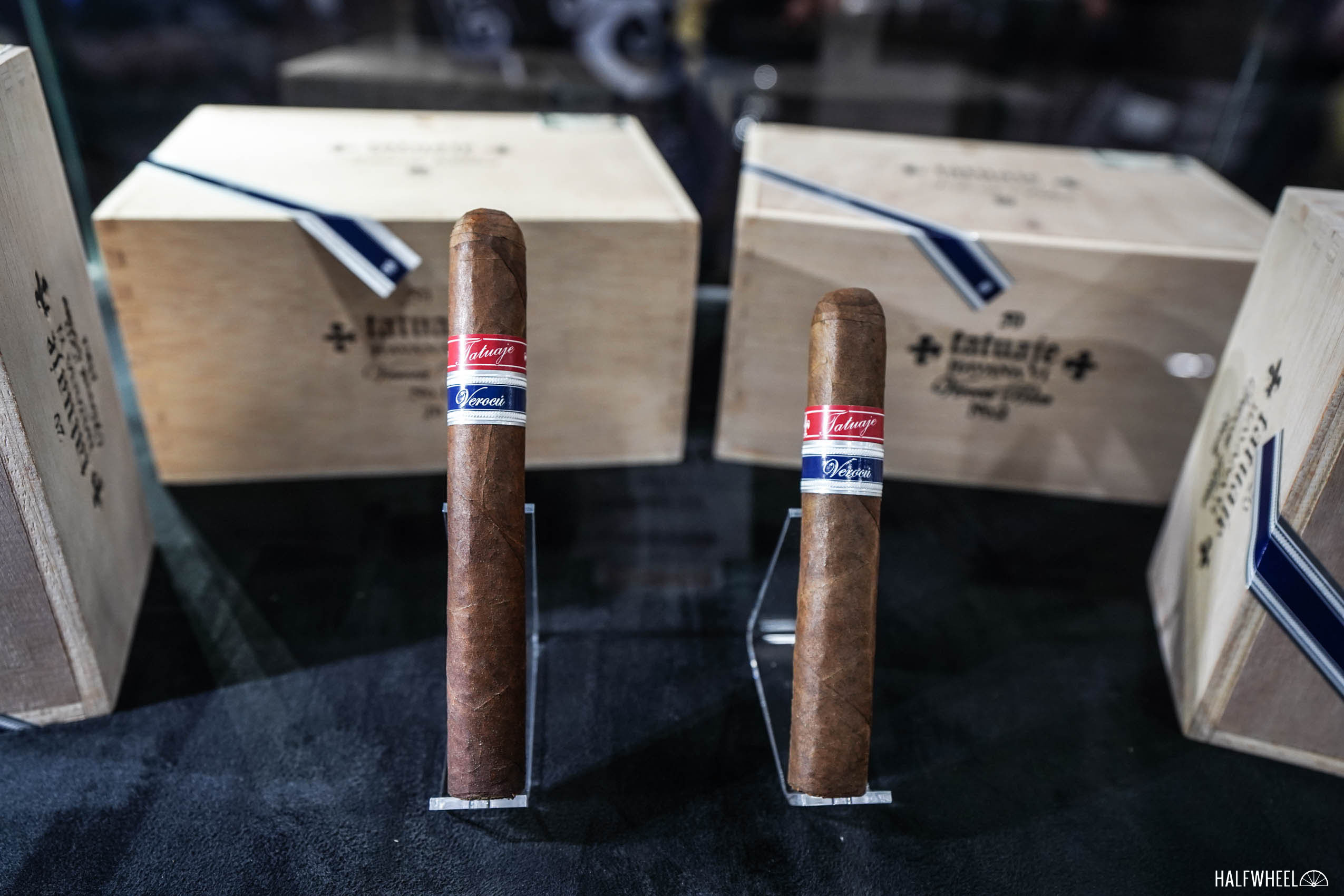 Another cigar with some roots is getting a variation this year, as the Tatuaje Havana VI Verocú Blue puts a new spin on a cigar that dates back to 2007. The Verocú is a stronger version of the company’s red-banded Havana VI line which debuted in 2007 in these same two sizes, with just 50 boxes of each size, one of which was created for retailers in the western U.S. and the other for those in the eastern U.S. As for this version, the same corojo 99 rosado wrapper leaf found in the Tatuaje Escascos collection, with all of the tobacco being grown by the Garcia family of My Father Cigars. The cigars will also be available in two packaging formats; the 20-count boxes will be available on an ongoing basis, but the company is also releasing 200 boxes of 50 cigars for those that like the larger cabinet format. It’s also a nod to the original releases of Verocú that came in 50-count boxes. 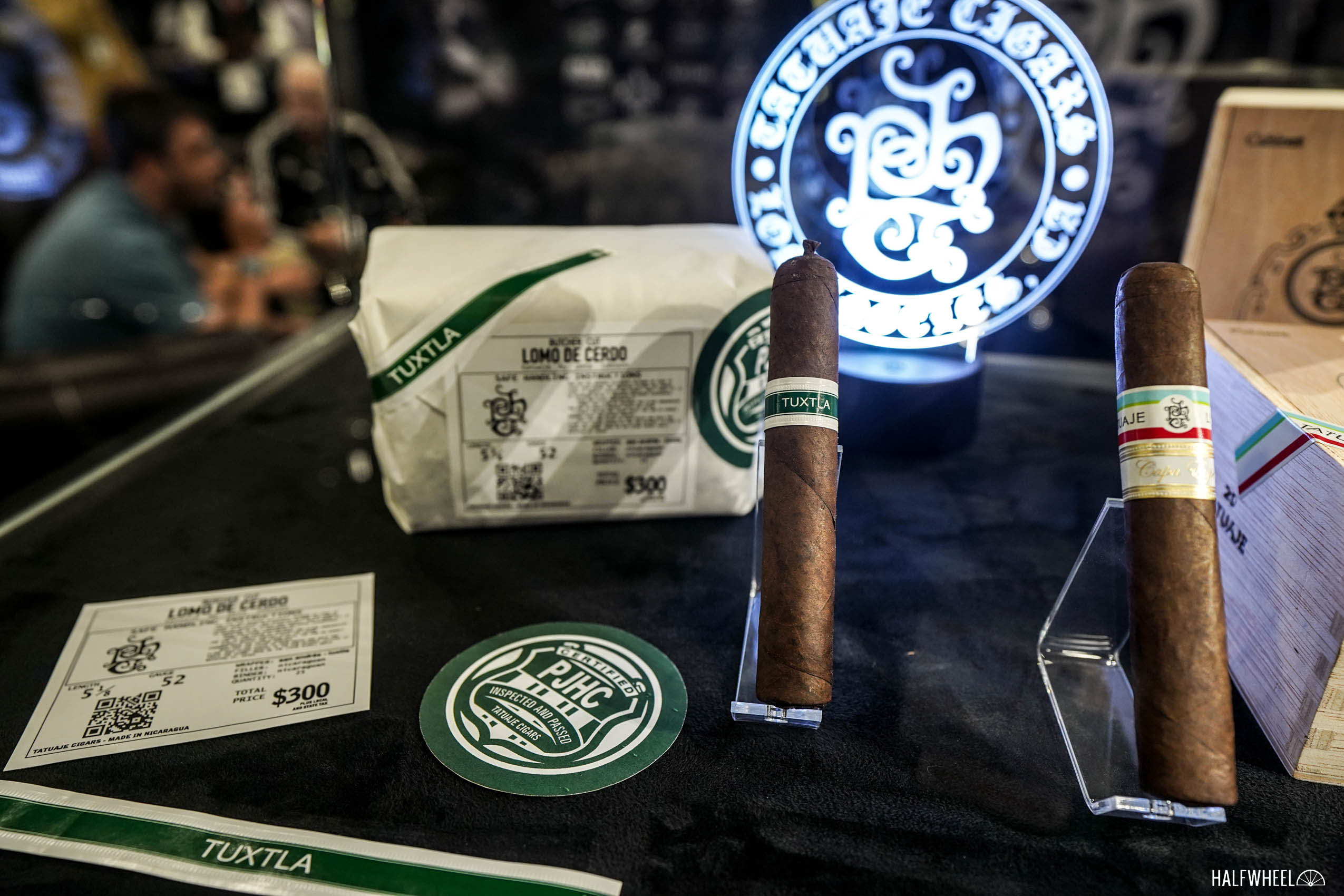 As you might have heard, Pete Johnson, founder of Tatuaje, has been using Mexican San Andrés tobacco a bit more lately, primarily for Tatuaje’s Tuxtla Series that launched with three cigars. Now he’s dipping into Tatuaje’s portfolio to give the Pork Tenderloin, a coveted limited edition that dates back to 2010 with offshoots that include the Tatujae Barclay Rex 100th Anniversary and the first Tatuaje TAA release. There will be a wait for the cigar as it’s not expected to come out until next March, but production will be based on what is ordered, so it should make it more readily available.

Production: To Be Announced 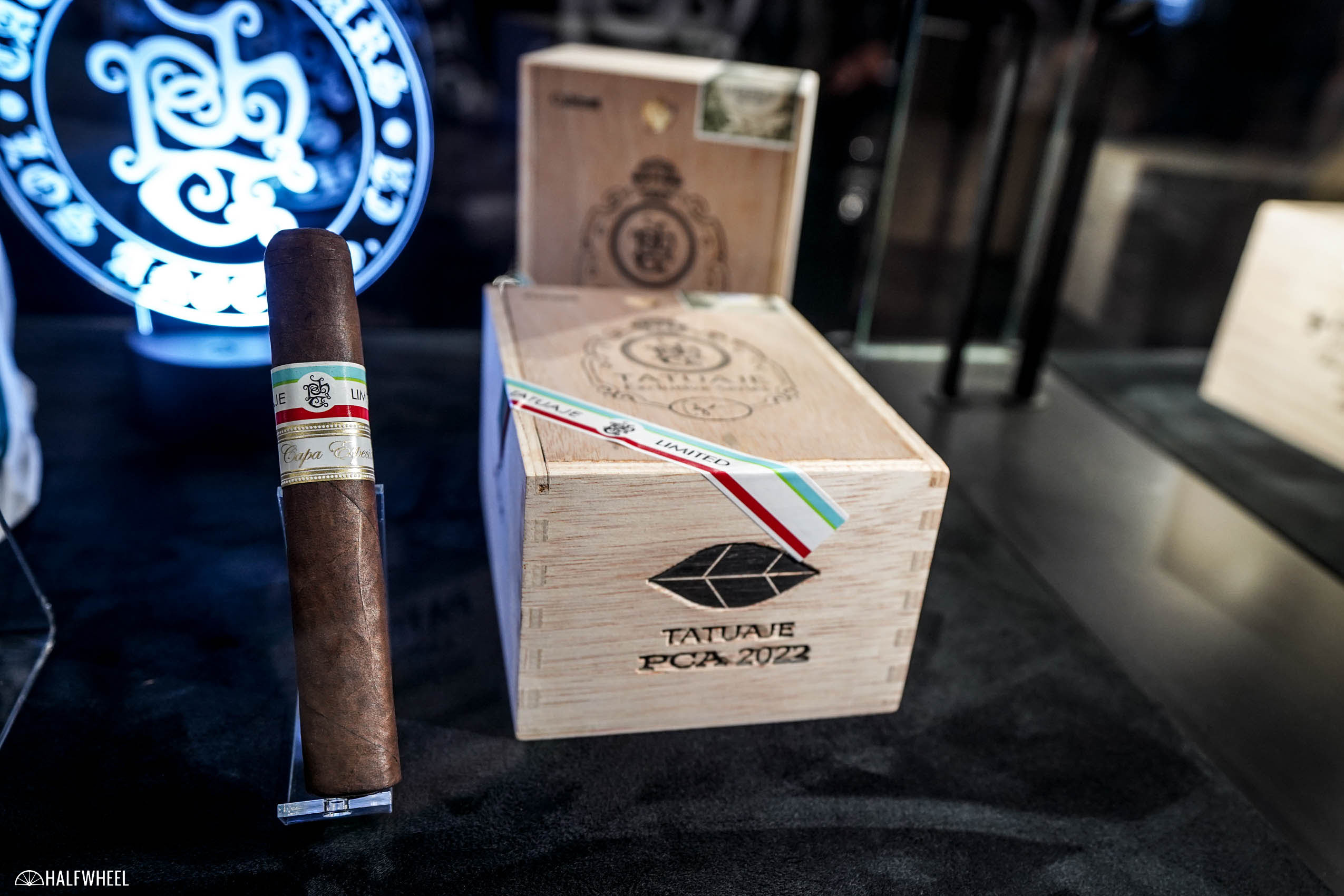 Like several manufacturers, Tatuaje is creating a cigar that is only available to retailers who attend the trade show and order it there, and the response was incredibly strong as it had sold out not long after the doors opened. It is similar to the Tatuaje TAA 2022, made for a smaller group of retailers known as the Tobacconists’ Association of America, but this blend features the company’s “capa especial” wrapper as opposed to the Connecticut broadleaf that the TAA release uses. In addition, Tatuaje is donating 50 cents from the sale of each cigar to the PCA, which means a $10,000 donation given that they sold out.