The Padrón booth has been and remains one of the true fixtures of the PCA Convention & Trade Show floor, a sizable structure that shows off not just the company’s cigars and the accolades that it has received, but the history of the company and family through seemingly countless photos.

Inside the booth, the company displays what seems to be its entire portfolio of cigars, from the staples to its ultra-limited Millennium releases, with its newest releases placed in glass cases right inside the main entrance. This year, however, on Sunday afternoon in particular, the most anticipated release is happening outside of the booth, specifically in between the Padrón and Fuente booths. 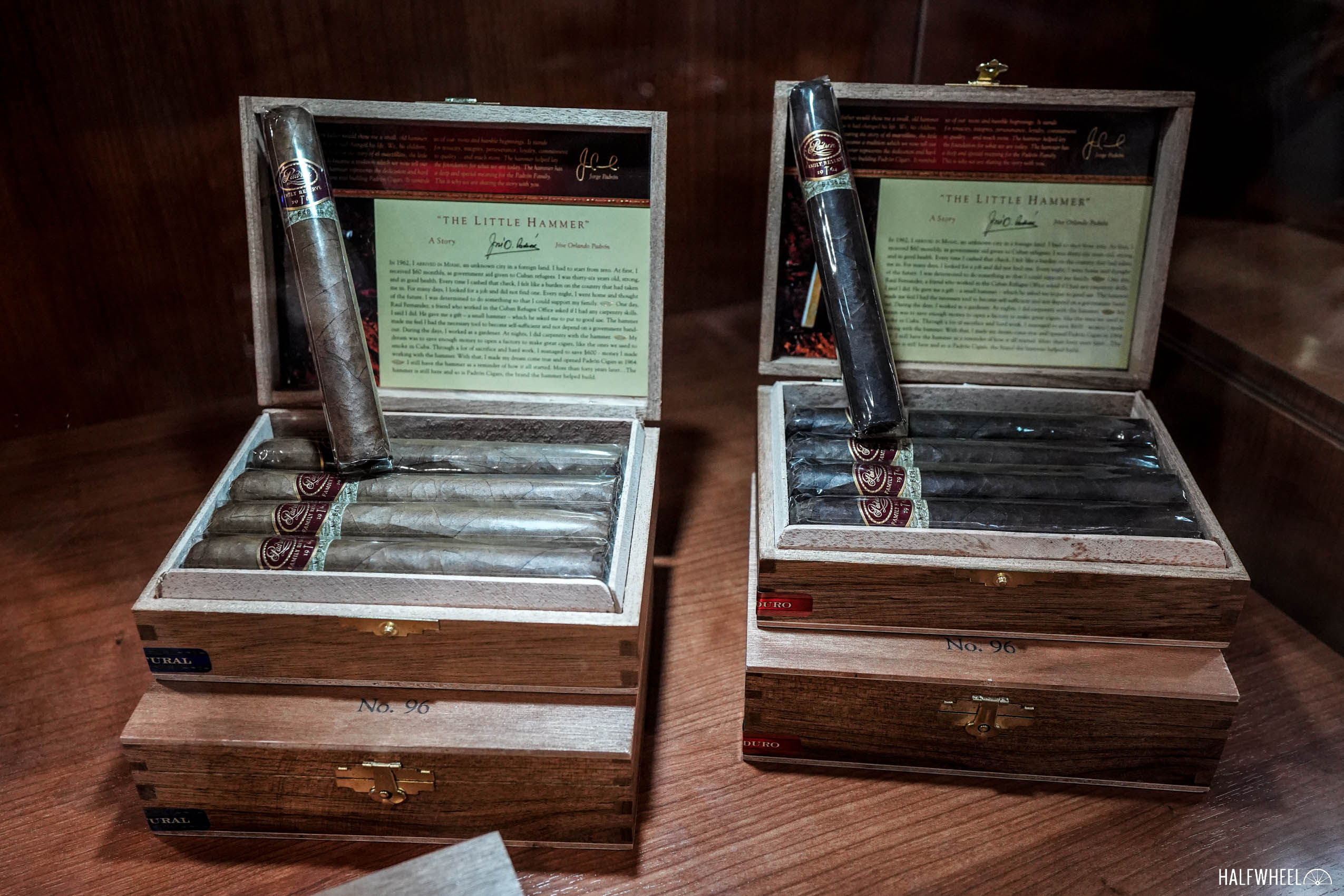 The newest size in Padrón’s Family Reserve line marks what would be the 96th birthday of company founder José Orlando Padrón, and is only being offered to retailers who attend the show and place orders for it here. That means that the production numbers for this release won’t be finalized until the show ends and the orders are tallied, and then the cigar won’t be available for reorder until next year’s trade show, similar to how the Family Reserve No. 95 was released. A shipping date has not yet been set, but Jorge Padrón told halfwheel that he expects it to be out in late fall, ahead of the holiday season. Details remain very sparse at this point, other than it is going to be announced on Sunday at 3:30 pm and it will seemingly be very, very limited. As for when to expect to see it on store shelves, that still remains to be announced, as well as how many are being made and what they will cost. But the excitement on the floor is certainly palpable for this release.