I would venture to guess that around 40 percent of the trade show booths I have visited had coffee or have offered me coffee. With the exception of Caldwell Cigar Co.—which offered me cold brew—and Arturo Fuente—which has its own branded coffee—every one of those companies presumably was offering me Nespresso. From what I could tell, pretty much all of those booths had a Nespresso machine, Miami Cigar & Co. has three.

For a long time, the Miami Cigar & Co. booth was known for the free-flowing coffee, rum in the afternoon and a bell that would be rung if a sales rep achieved a certain order size. While the bell is gone, the rum and coffee remain. On the morning of Day 2, the booth was about half full. Every sales rep had a meeting and there were some informal sit-downs elsewhere—Nestor Miranda and Litto Gomez were chatting, turns out Litto used to buy liquor from Nestor, who was a liquor rep, back in the late 1970s—but the booth was not what it would have been like five years ago when both Miami and La Aurora would bring much more staff to the trade show to accommodate a much larger audience. That said, I’m guessing the current version is much more profitable than the old one. Jason Wood, vp of Miami Cigar & Co., understands better than most that bigger doesn’t mean more business. Wood somewhat quietly oversees one of the larger cigar businesses in the U.S., though it’s built on Tatiana, a brand many readers of this site are unlikely to ever smoke in their lives. About a month before the trade show I was doing research on something else and stumbled across a picture from RTDA 2004, the old name of this trade show. During that trade show, Miami Cigar & Co. launched the Don Lino Africa as a new cigar. During this trade show, the Don Lino Africa Humidor returns. It’s an entirely new humidor, though it’s not the first time the line has gotten a branded humidor. It measures 14 inches x 10 x 6. If I had to guess, this is an NSOLO design. Of note, it does not come with cigars, though it’s rated to hold up to 100 cigars. 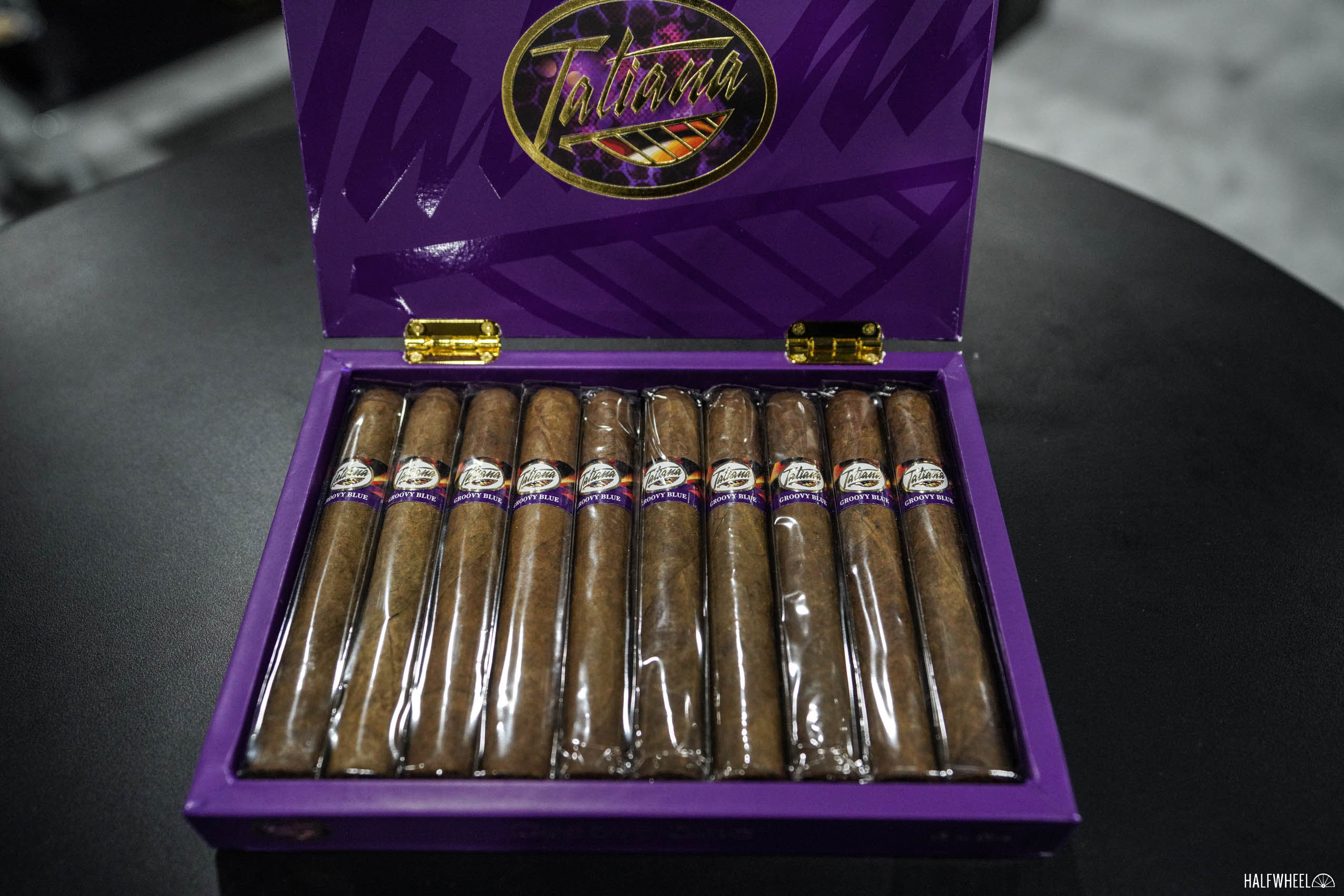 Miami Cigar & Co.’s über popular Tatiana Groovy Blue, yes—this is flavored, is getting a 6 x 54 toro extra size. While I was there, a retailer was ecstatic about this being offered but complained to Jason Wood that he wished the company would have done it sooner. I actually think a 6 x 60 Tatiana would sell very well. Most readers of this site probably want nothing to do with this cigar, but Miami Cigar & Co. knows where its bread is buttered, and it’s buttered really well.