If there one was big takeaway from the Kristoff booth this year, it’s that no matter how much things look the same, you never know just quite how much has changed.

I bring that up because while the company’s booth has evolved over the years, it still feels fairly familiar: display cases on the perimeter of the space, several groupings of tables and chairs, and what I believe to be a new central structure used for product storage that is slimmed down from years past. And as usual, Glen Case, the company’s owner, was quick to come over and say hello with a warm greeting, along with Jarrid Trudeau, the company’s VP of sales, so we could talk about what’s new with the company and catch up on other things. It was about as familiar a booth visit as I was likely to have this year. But it was during that conversation that I learned that Case had went through a near-death experience that he and his closest circle kept extremely quiet, and it was now being used as the inspiration for a new cigar line. So while things certainly looked the same on the surface, a few minutes in the booth proved that quite a bit had changed. 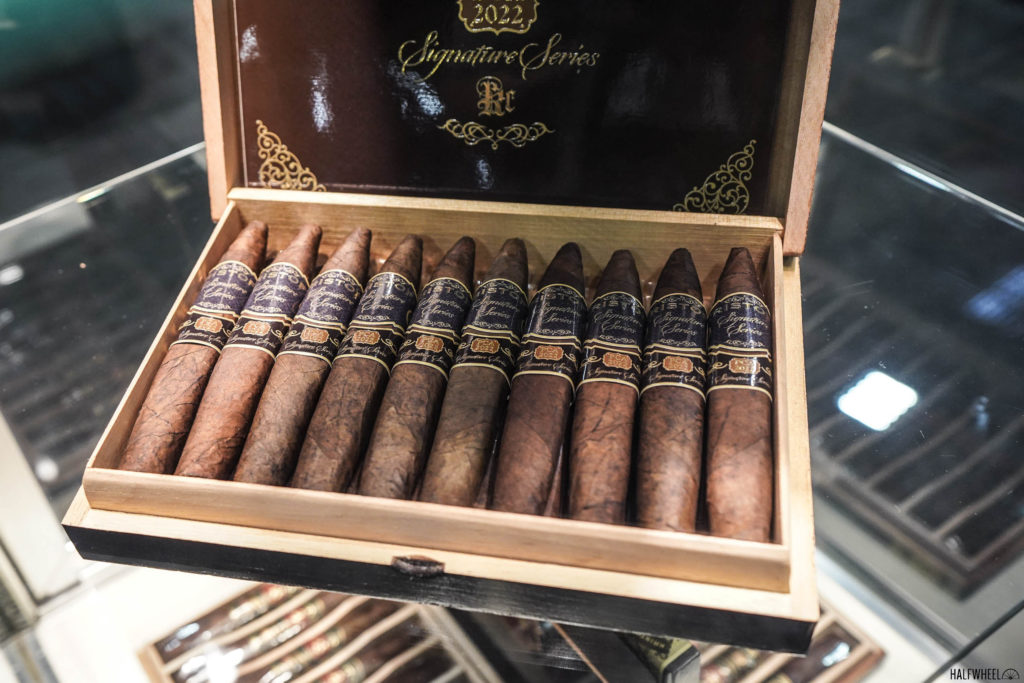 Only retailers who attend the trade show will be able to order this limited edition, box-pressed figurado. If you’re familiar with the 685 Woodlawn release, it is a similar vitola, though that cigar was round, while this gets a box press. It will also get a dressier box that will be similar to the 685 Woodlawn. Saying that he saw an underserved need for a cigar of this size, Glen Case is adding a 4 x 49 figurado to the company’s Cameroon line. It becomes the fourth size in the line, and the first time that Kristoff has released a cigar in this distinctive vitola. Kristoff kept this new release under wraps until the show opened, and while the blend has some very interesting aspects—namely filler tobacco that comes from Zimbabwe—what is more surprising is the backstory of this cigar. About two-and-a-half years ago, Glen Case, owner of Kristoff, was in a motorcycle accident while in Oklahoma for an event. As he tells the story, he was going about 65 mph around a curve when the back tire gave way, causing the bike to crash into a guardrail. His injuries were extensive. He was in the hospital for eight days, followed by time in a wheelchair and extensive physical therapy. But what was more surprising was that the company managed to keep the news under wraps the whole time. Case has turned the accident into the inspiration for a new line, with the band incorporating a guardian angel theme. Pricing is still being finalized, but expect single cigars to be priced in the $9 – $11 range.