Although Global Premium Cigars—parent company of the 1502 brand—debuted a number of cigars during the 2021 PCA Convention & Trade Show, this year there is just a single new release.

Enrique Sánchez founded Global Premium Cigars in 2012 as a tribute to his home country of Nicaragua; in fact, the 1502 brand is a nod to the year Christopher Columbus discovered the country. The Global Premium Cigars booth is noticeably larger than last year, which means plenty of room for both retailers and staff alike. There is also a number of new cases that are being used to show off the various other lines that the company has to offer. 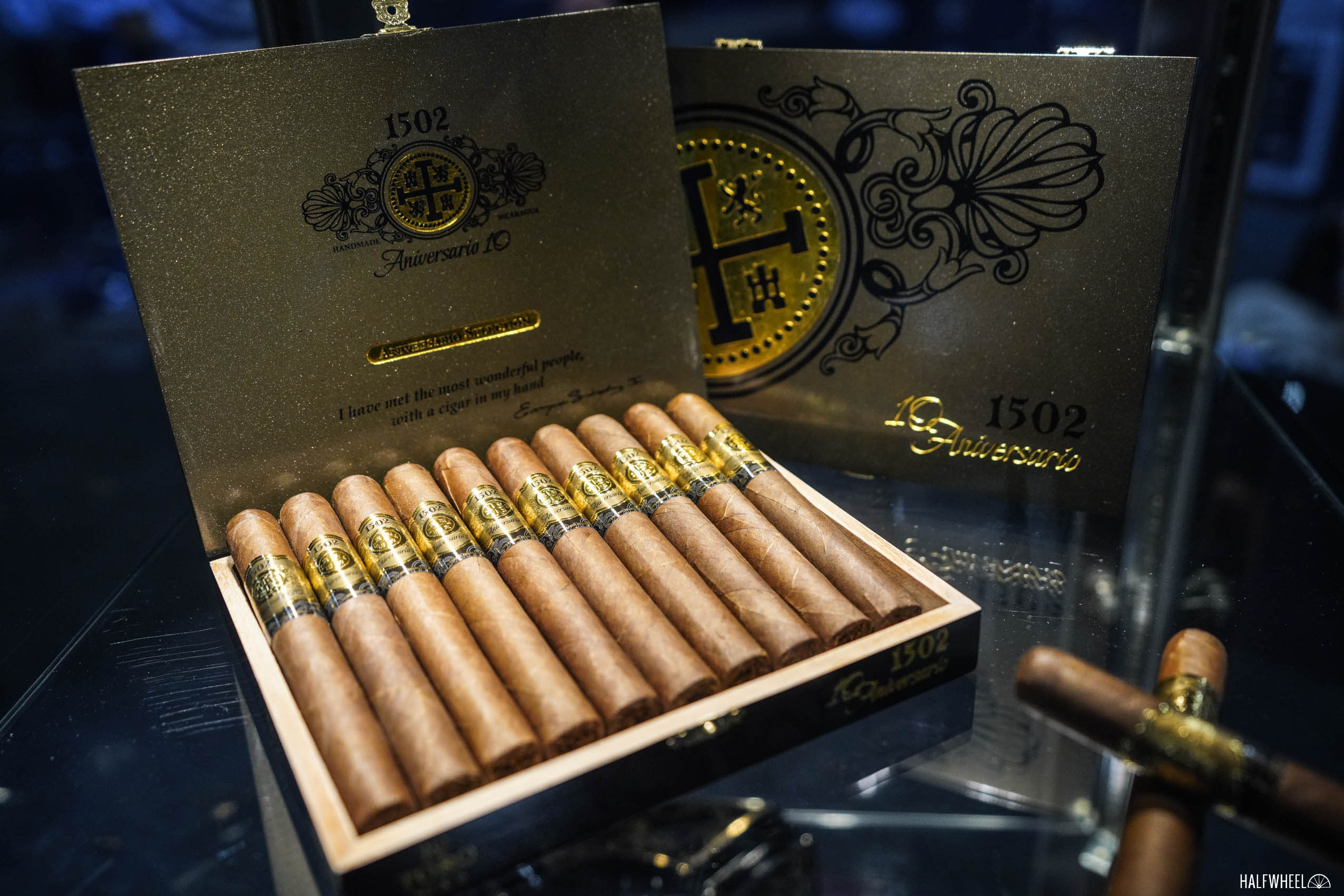 However, the big news was the singular cigar being released to commemorate Global Premium Cigars’ 10th anniversary. According to Sánchez, the regular production creation is being rolled at the Tabacalera AJ Fernandez Cigars de Nicaragua S.A. factory and will feature a special band.