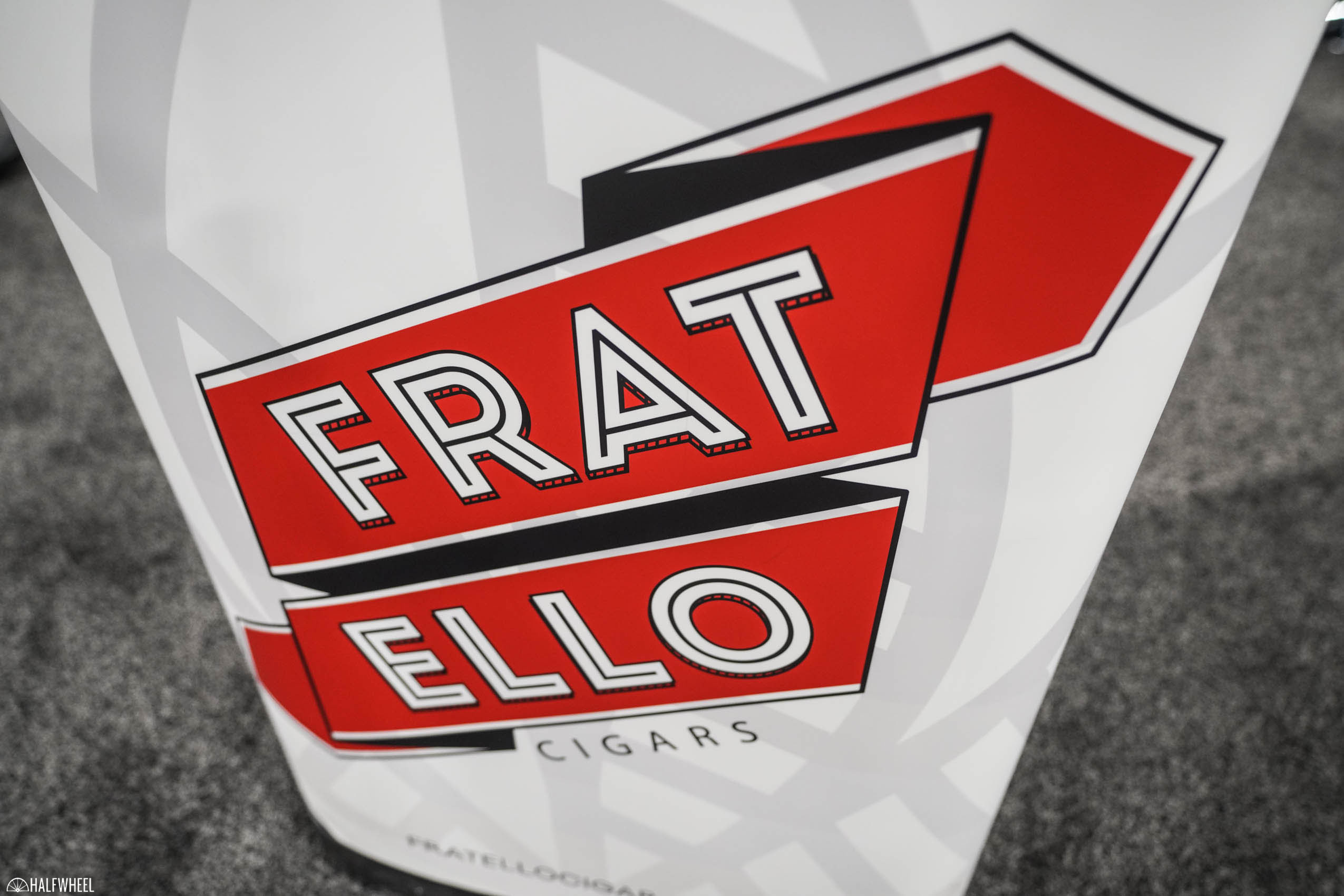 After introducing seven new products at last year’s show, Fratello has come to the 2022 PCA Convention & Trade Show with just one new creation.

Brand owner Omar de Frias is a former NASA project manager, who founded the brand in 2013. However, in the past few years Fratello has become so popular that Frias quit his NASA job to work on the cigar brand full-time. 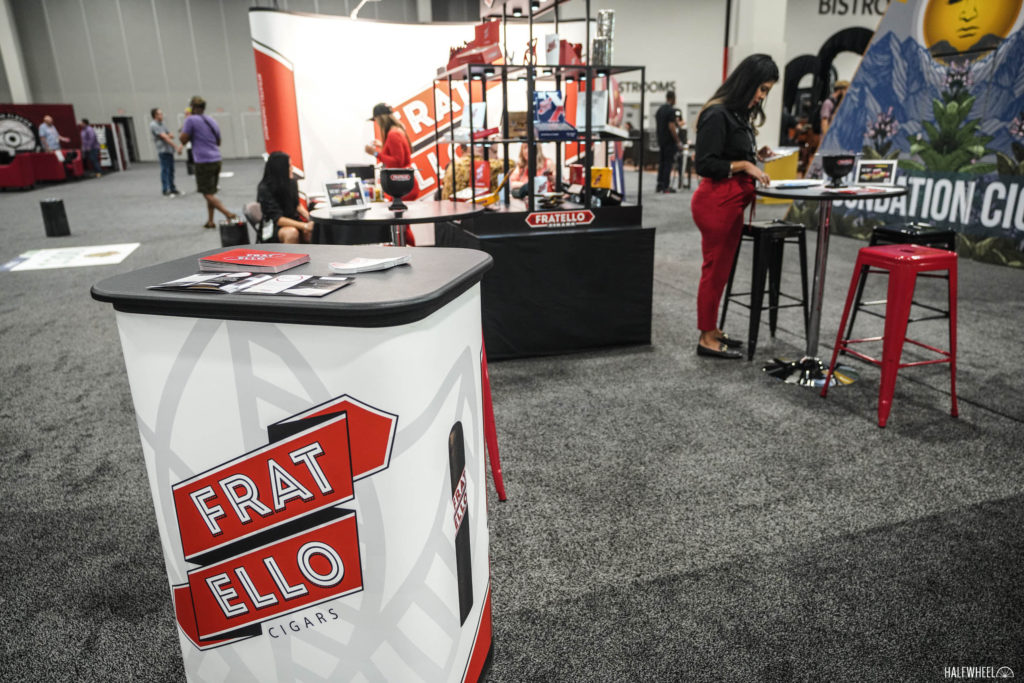 Fratello’s booth is exactly the same as last year, but the openness of the space—there are no walls at all—works well with Frias’ massive stature.  In addition, the main sections include an attractive but compact display in the middle, as well as a large backdrop to one side that is printed with a big Fratello logo. 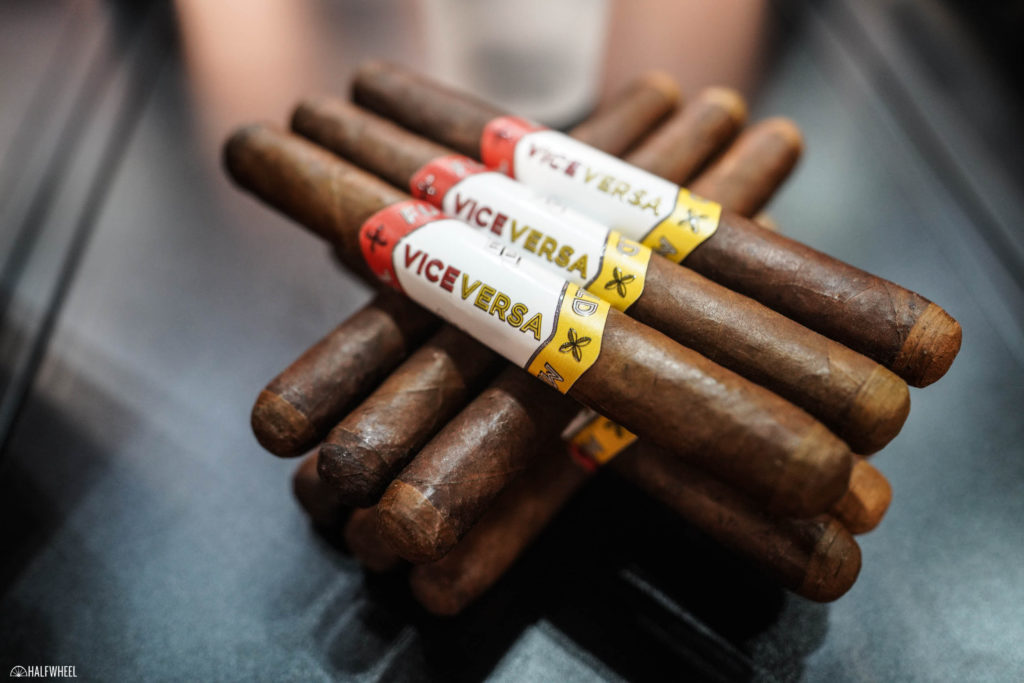 As a finished product, the VICEVERSA is only slightly easier to explain than it is to actually produce. The 7 x 50 cigar features triple caps on both ends, and according to Frias, the cigar is designed to start very differently flavor-wise depending on which end you cut and smoke.