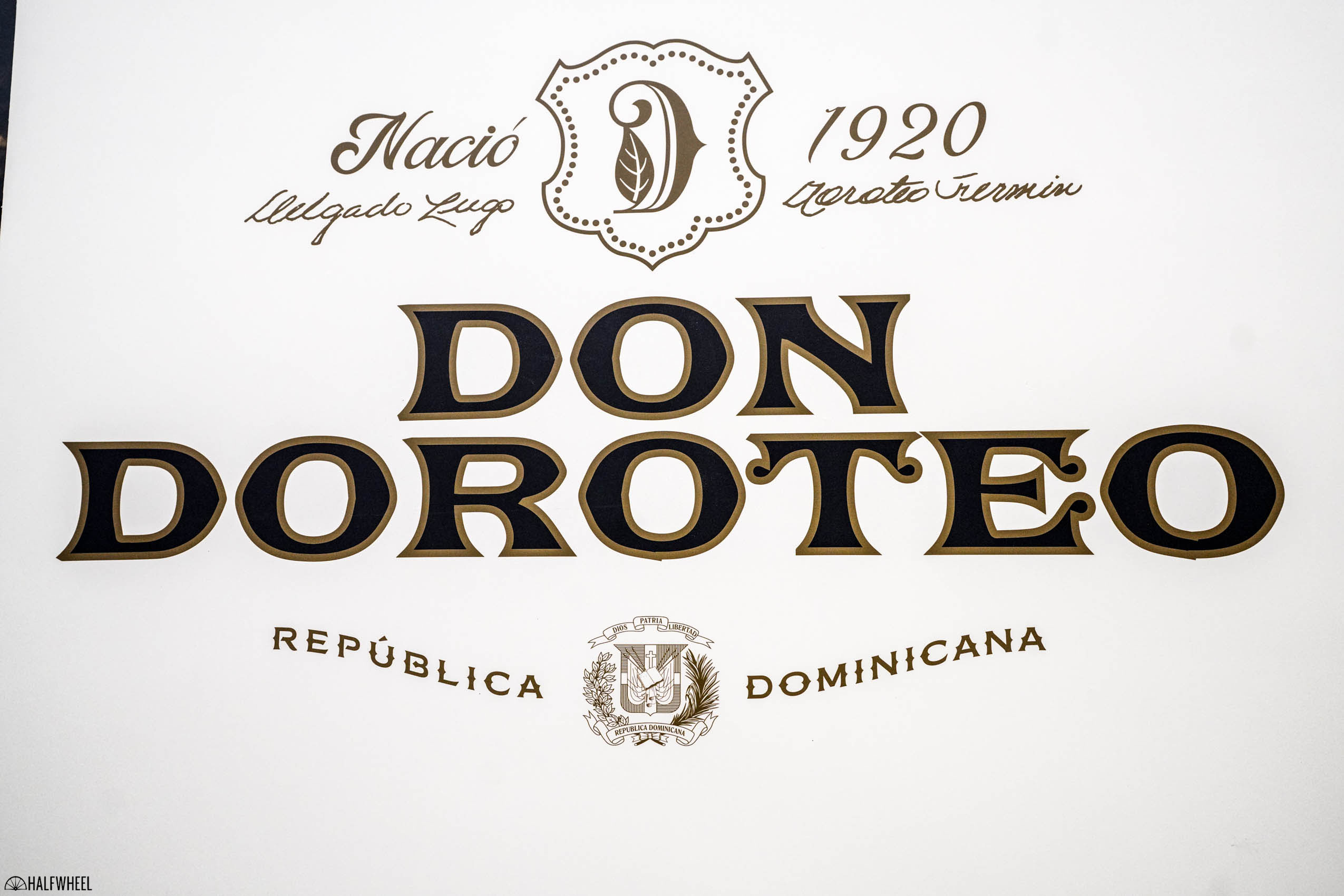 Family history has a significant influence on a number of cigar brands, and that is the case with the Don Doroteo brand that is making its first appearance at this year’s PCA Convention & Trade Show. The business was co-founded by Juan Lugo, whose grandfather Doroteo Delgado had grown tobacco for La Aurora in the Dominican Republic in the 1930’s.

Lugo told me that he purchased a 20-acre farm in the Yaque Valley from his family where he hopes to grow tobacco that will eventually be used for future blends from the company that may include lines named El Alcalde, El Sonador and La Reserva Familia. 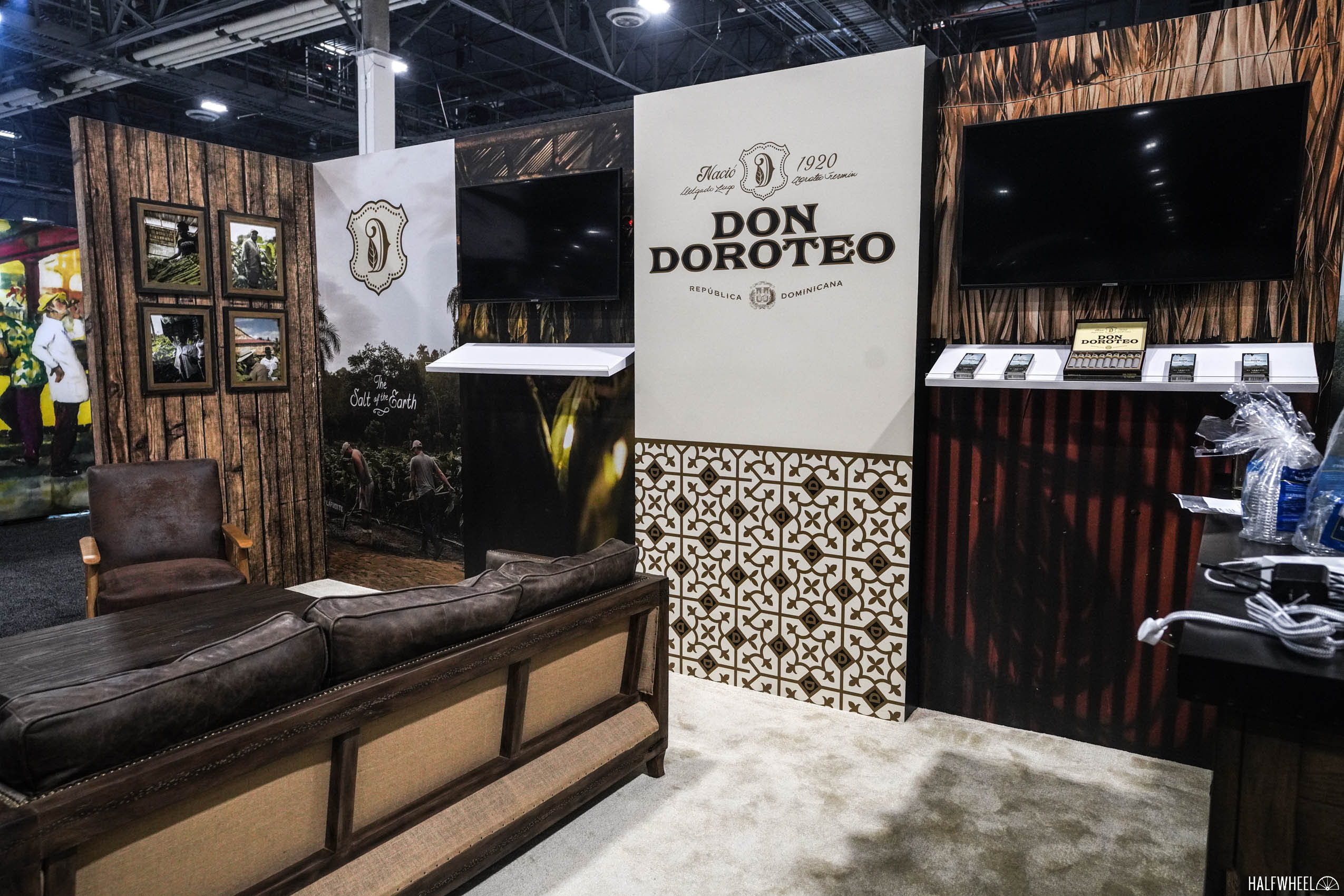 The Don Doroteo is one of the nicer booths I have seen from a company debuting at the PCA Convention & Trade Show, with a small bar, a leather couch and old, framed photographs of Doroteo Delgado and other members of Lugo’s family hanging on the walls. 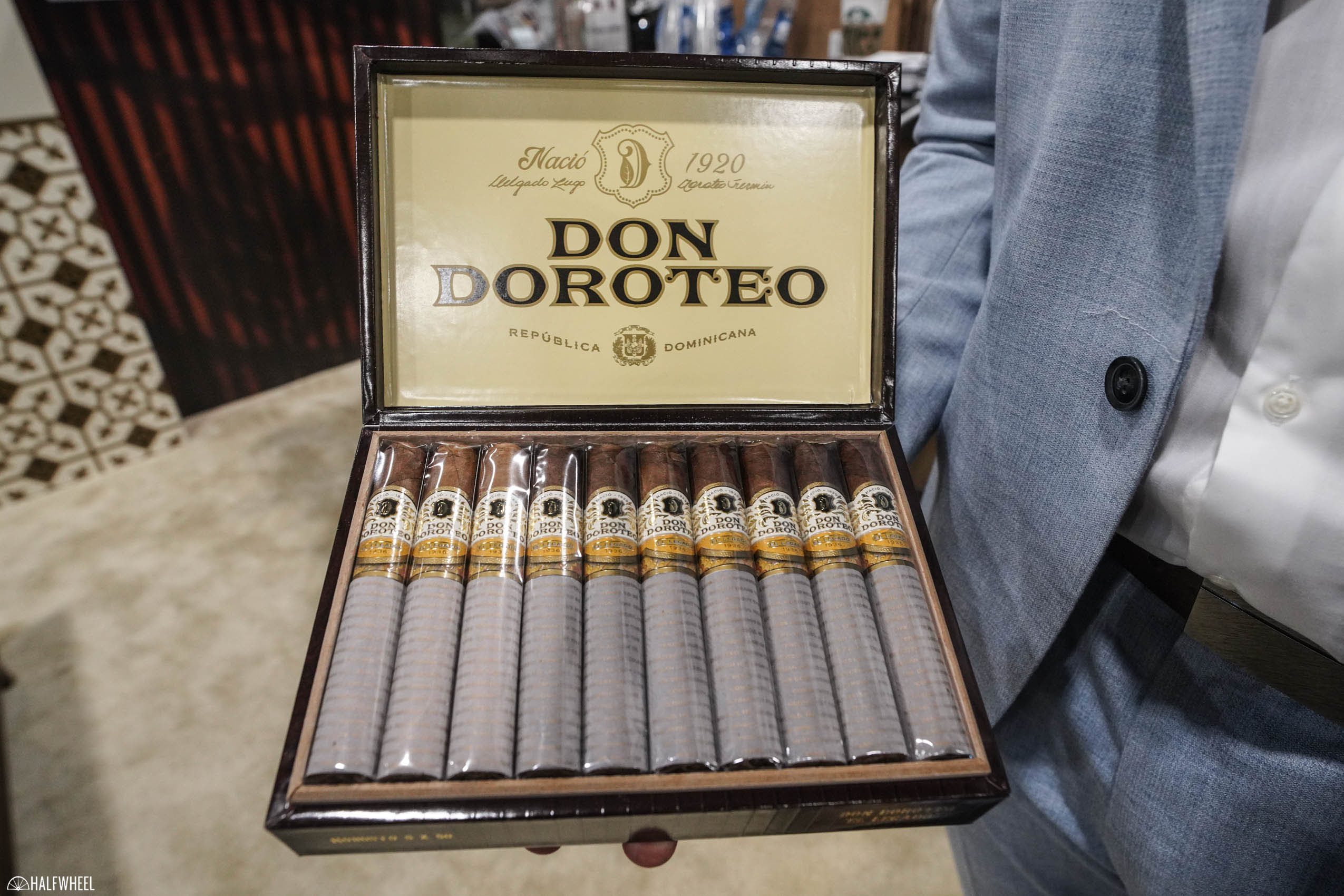 Fitting for the first cigar line, El Legado translates as the legacy. It comes out of La Aurora’s aging rooms, with the Robusto, Sumo Toro and Churchill vitolas having nine years of age on them, while the Corona and Belicoso have 14 years of age and are limited to 33,000 cigars, with a limited amount released each year.

The Corona and Belicoso vitolas both have 14 years of age and are limited to 33,000 cigars, with a limited amount released each year.