It likely won’t be said that a product and company that came to note on Kickstarter is now showing its products at the PCA Convention & Trade Show, but that is exactly the case with Dissim.

The company was acquired by VPR Brands and now VPR is growing the Dissim portfolio with a number of new lighters that build off of the original design, which was most notable for being able to light cigars and other things—such as candles and campfires—in an inverted position. The original Dissim design was also notable, offering a large round section that functioned as both a thumbhole and a way to clip it onto things such as a backpack. Even with a 10′ x 10′ booth space, the smallest offered for the show, the company generated a steady stream of traffic during my visit, as retailers were curious about this fairly new company coming to challenge the more established players in the cigar accessories game. While Dissim is known for lighters, it has now added a cigar punch cutter, and one with a unique design. The Bullseye is a bullet-shaped punch that features a center awl that serves to center the cutter on the cap of the cigar, helping reduce the change of an off-center cut, while also creating a slightly deeper center hole to allow for better airflow. The cutter is 11mm in diameter, while the awl extends 2mm above the cutter, and the punch can be raised to two heights for different depths of cut. It is offered in gunmetal, satin silver, and polished gold, and comes with a keyring and lifetime warranty. 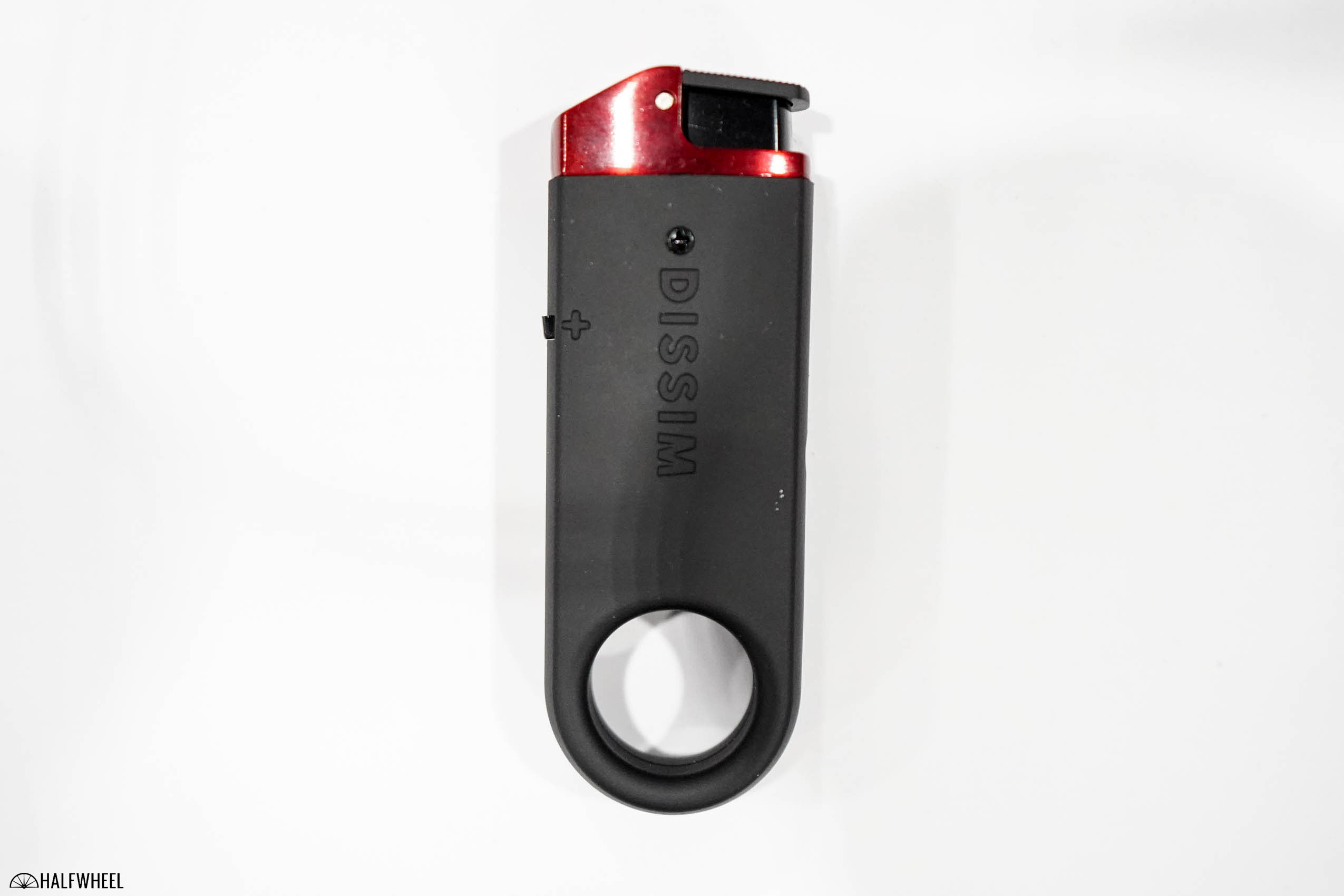 The first of two new spins on the original Dissim lighter, the Slim measures 85 x 30 x 14mm (3.34 x 1.18 x 0.55 inches), and features a body wrapped in a rubberized lacquer texture that provides stability in the hand as well as a soft touch, while the upper casing is made of cast metal and available in five colors: red, blue, gray, green, and rose gold. The Sport shares the design of the original Dissim but offers it in a smaller format that is designed to fit into the third pocket of a pair of jeans, measuring 80 x 35 x 12mm (3.15 x 1.38 x 0.47 inches). Its casing is a premium cast metal, while the reservoir is now semitransparent to make checking the butane level and refilling the lighter easy. It is offered in six colors: smoke gray, yellow, orange, blue, red, and clear.