For the past several years, Colibri has largely had the same booth design, though sometimes the layout is square and other times a long rectangle. This year it was a square, with corner displays the featured lifestyle images, while display cases lined the sides with the company’s existing and new releases. Regardless of the configuration, it is a good looking booth, and one I always like visiting.

Not long after I stopped by the Colibri booth and identified myself to the people in the booth, I was told that all they could help me with was pictures, and then product names after I asked them to do so simply so I could identify what I had just taken photos of. Suffice to say, this was one of the more interesting booths I had visited given how little information I walked away with, and how little information I have received after leaving the booth. 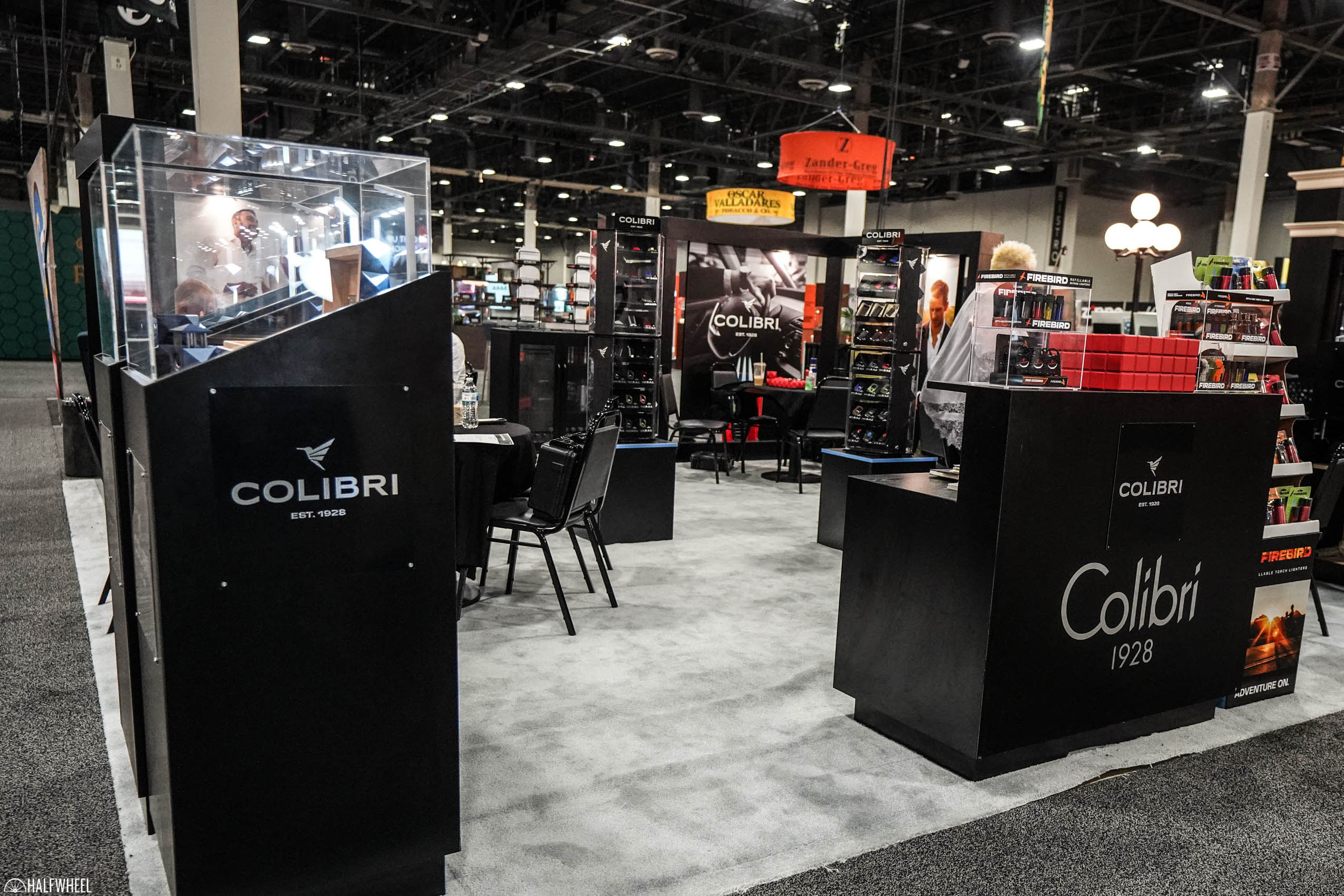 While we await specifics, here’s a look at what Colibri had in its booth at the 2022 PCA Convention & Trade Show.

Update (July 21, 2022) — We have received some specifics regarding price and colors, but shipping dates have not yet been announced. The Colibri Boss, a triple flame lighter with an integrated double guillotine cutter, is getting a new navy color option, along with the Quantum lighter and SV-Cutter. The EVO is an existing single flame torch, with that torch angled outwards from the ignition, and with a fuel tank that the company claims is 50 percent larger than its average lighter. It, alongside the S-Cutter, now adds a carbon fiber finish in gray, red, green, black and blue. The Colibri Quantum is getting a new navy color option, along with the BOSS and SV-cutter. The quantum is a triple flame torch lighter with an integrated v-cutter on its backside. Editor’s Note: I don’t believe the model is new, but perhaps these colors are new. — CM. The SV-Cut offers both a straight cut and a v-cut in one unit; simply pick your cut and the appropriate side of the cutter. The action is the same regardless; release the sliding blade via the button on the front, place your cigar, and proceed with the cut by sliding the blades back to the starting position. The company’s V-Cut cutter is getting several new color options with a diamond finish. There are eight colors available: black, black and chrome, gunmetal, rose gold and black, navy, red, and green.