Each year, one company gets to have the best booth location. For 2022, that would be AGANORSA Leaf.

Unless you make a hard right immediately after entering through the doors of the convention center, you are going to have to pass by AGANORSA Leaf’s booth to enter the trade show floor. While the location is excellent, I’m not sure when the last time I’ve covered AGANORSA Leaf and did not have any difficulty getting what I need for these write-ups. Even at 5:30 p.m., that remained a challenge this year.

This year’s booth is different than last year’s, and there are some notable upgrades. First, there’s a tall, vertical element in the center of the booth that I don’t recall seeing. That center area also includes screens with AGANORSA Leaf marketing material, including videos of the company’s massive farming operation in Nicaragua. My favorite part is actually one of the more subtle aspects. At the front of the booth, the company’s logo is etched into glass panels that allow you to see both products and into the booth itself. It’s a small touch that I think goes a long way. For those wondering, that’s also the picture at the top of this post. AGANORSA Leaf, formerly known as Casa Fernández, has undergone one of the more expansive rebrands in the cigar industry, and this is actually the third different way this blend has been packaged in as many years. While the packaging is different—it’s using black as a base color for the bands and boxes instead of white—the larger change is that the blend is now offered in three regular production sizes, compared to the previous way the company sold this blend, where each release was a limited edition. Each of these vitolas is new for 2022, though I wouldn’t mind seeing some of the previous vitolas return as limited editions.

Of note, through December these will only be sold through retailers who place orders in person at the PCA Convention & Trade Show. After that, other stores will be able to order the cigar. 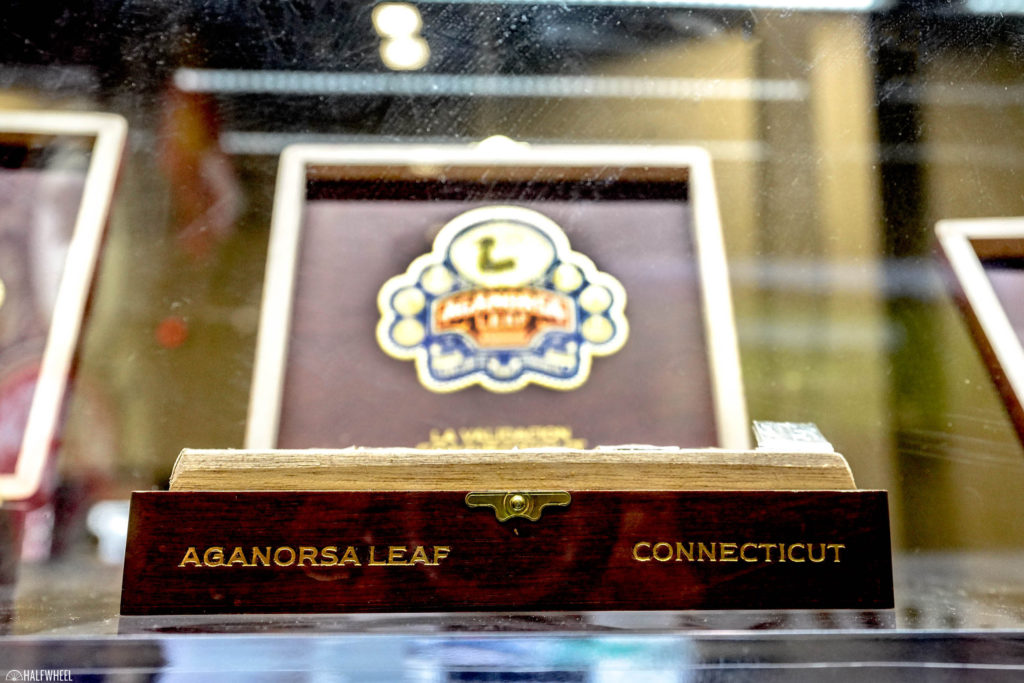 Each of the four La Validiación lines is a rebranded version of a line that used to be sold under the Casa Fernández AGANORSA name. While it might seem pretty obvious and a bit elementary, AGANORSA Leaf actually surveyed its retail customers to ask them what it should do as part of the rebrand. It took that feedback—the takeaway was to make it clear these are AGANORSA Leaf cigars—and reworked the packaging. All four lines are offered in the same three sizes, though price points differ.

Also of note, the company opted to ship the Connecticut and Habano in June, while it’s saved the Corojo and Maduro lines until now. This was done to not overwhelm the retailers all at once, another seemingly simple but very helpful idea.

If you are wondering about the name, it’s a reference to Paul Palmer, president of AGANORSA Leaf, and his use of the term validate to describe the process by which he smokes cigars to approve of their quality. Instead of saying smoking or testing, Palmer typically refers to the practice as validating.