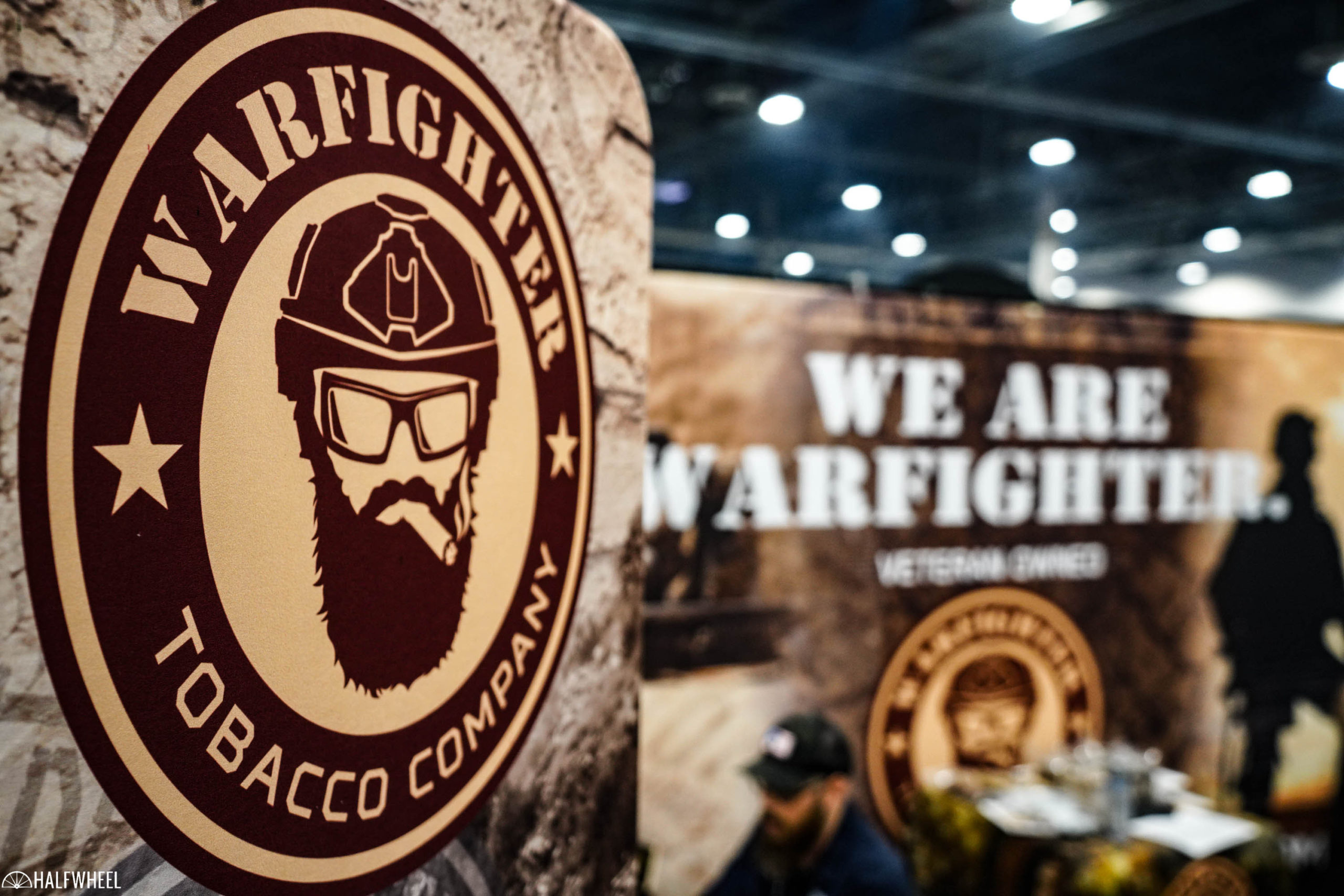 For the fourth year, Warfighter Tobacco Co. was showing off its creations in a booth at the PCA 2021 Trade Show, and while there are no new products, that does not mean there is nothing new going on. In fact, Warfighter’s booth has quite a few new additions, with a noticeably new desert theme background, although the overall size looks to be the same as in 2019. While there are no new cigars debuting at the show, the veteran-owned company is fully stocked with cigars across its entire lineup after switching production from Plasencia Cigars S.A. to Tabacalera Carreras in March 2020.  In addition, Warfighter is concentrating on building up a sales staff to get its products to a larger audience around the country.