It’s been about 72 hours since I’ve been home that I sit down to think about what stood out from the 2021 PCA Convention & Trade Show, an event that more than most of its predecessors had seemingly been preordained to not be a good one. And while I have yet to see all the numbers and metrics, I know one thing: for the first time in several years, I left the show feeling a bit sad that it was over.

I have to think that the majority of that fact can be attributed to the fact that there were fewer booths to cover this year, which meant less work and less stress not only for me but everyone on the halfwheel team. There were fewer live shows, fewer extracurricular activities, and at least for the first night or two, more sleep. But that also meant more time for some good chats—even though I once again failed to see everyone I wanted to.

Much like Charlie Minato noted in his Top 3 Things post, I don’t smoke a lot of cigars while I’m on the show floor or even during the show as a whole. Most of the time I’m working, when I’m not working I’m either eating, sleeping or getting ready to go somewhere and the rest of the time I’m either too tired or distracted to smoke something new to which I want to give my proper attention.

So unless some product really stands out for its packaging or an accessory for some new design or functionality, I’m trying to pick up on the vibe of the floor and the thoughts of those attending the show in whatever capacity they function in the cigar business. That said, those tend to get covered elsewhere, so here are the more object-centric things that caught my eye this year: 1. GOKARTON Does It Again — If there aren’t some cigar companies reaching out to this company that makes trade show booths and displays out of recycled cardboard, I’d be really surprised. In 2019, GOKARTON produced what I thought was a very impressive booth for Espinosa Premium Cigars, and this year they did it again for J.C. Newman, recreating the company’s iconic Tampa factory and clocktower, complete with a space you could walk through and learn about the company’s history. Best of all, not only did it create an award-winning booth that was about as visually distinctive as anything on the floor, I’ve been told it saved J.C. Newman a good amount of money in the process. 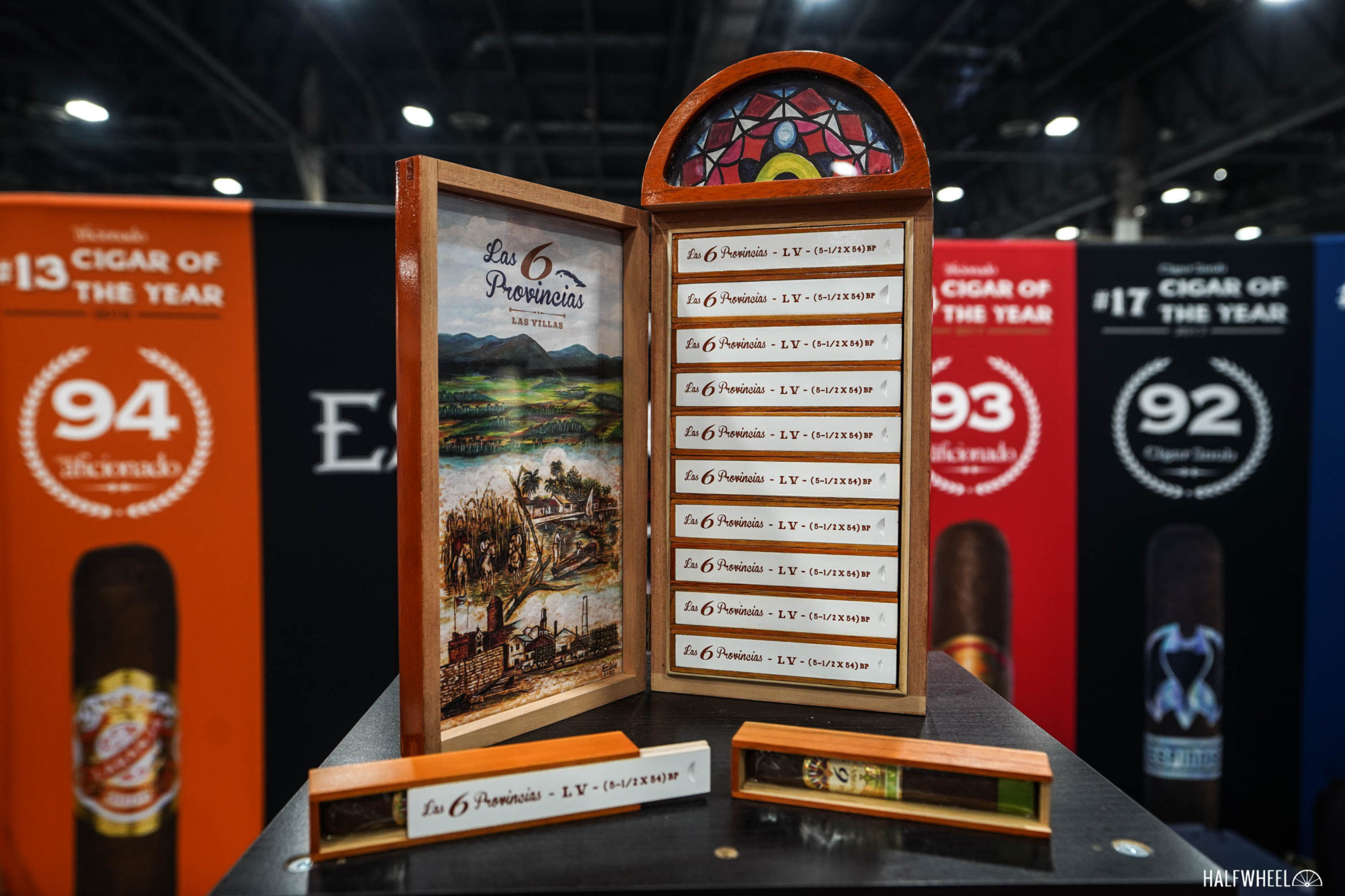 2. Espinosa’s Las 6 Provincias LV — I’ve been a big fan of this line since it debuted, combining great artwork with some very unique packaging to create something that gets on my nominations list for our best packaging of the year award. The third installment in the series will be no different, as Espinosa re-enlisted artist Eden Gutierrez to pay tribute to the province of Las Villas with a curio cabinet design and individually coffined cigars. Most importantly though, the design seems to have fixed the fragility issues of the first two releases, as it feels much more sturdy when I got to inspect it, something Erik Espinosa confirmed to me as well. I’m not only impressed with this design, but even more enthusiastic to see what else the company will come up with for the final three releases. 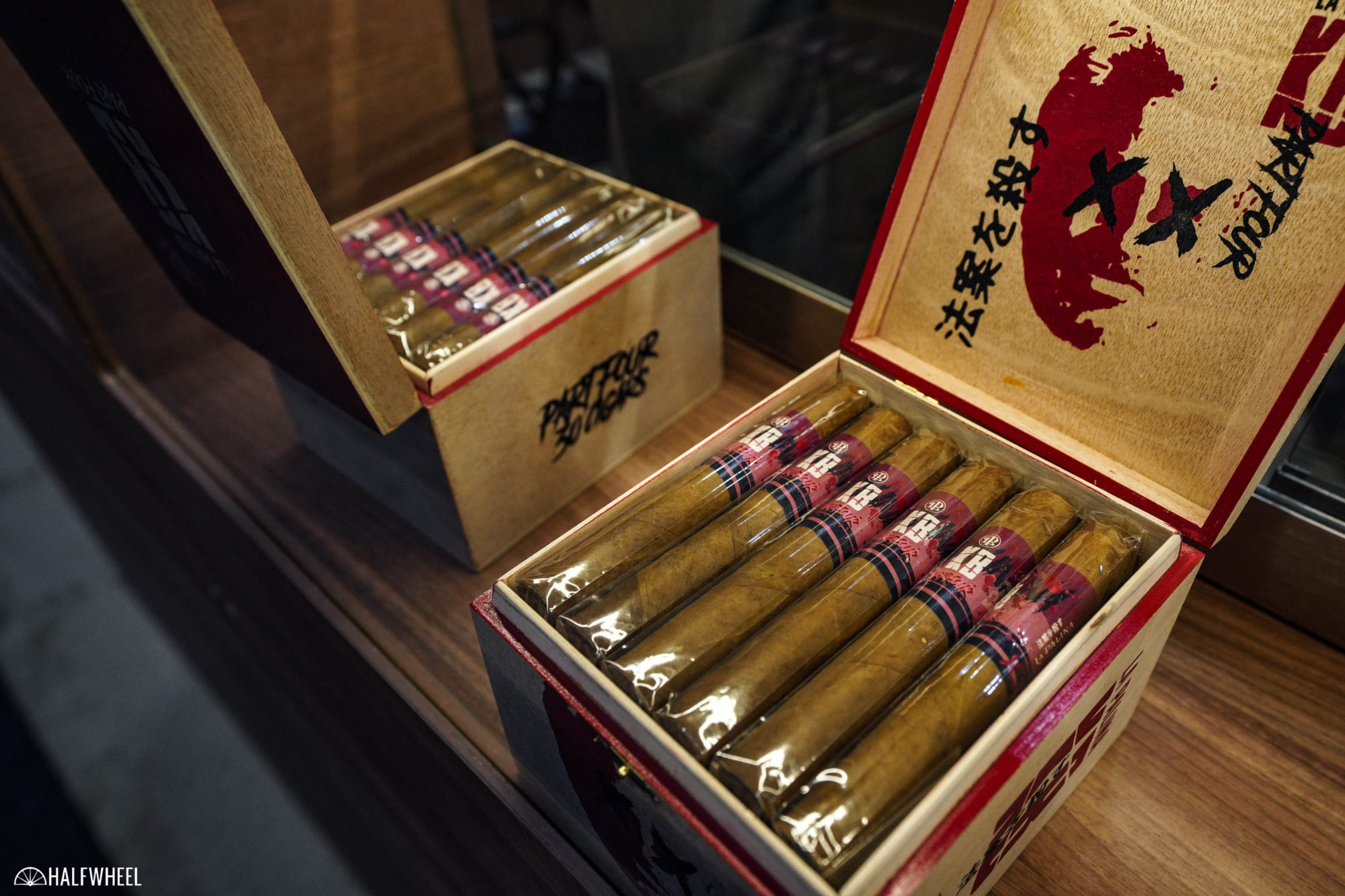 3. La Palina’s KB Series Refresh — I haven’t yet smoked it, but the packaging and redesign of La Palina’s KB Series, also known as “Kill Bill” was done very well, probably about as well as any packaging I saw on the show floor this year. It’s a fairly big break from the rest of the company’s designs, so I’ll be interested to see how it is received in the market, but for a line with a distinct inspiration and the opportunity to flex their creative muscles, the La Palina team came up with a winner.