The PCA 2021 Convention & Trade Show is over, and, as I write this, our booth coverage is entering the final quarter or so. There are 33 booth posts we haven’t published yet—though, by the time you read this, that number will be in the 20s. Each year all of our writers are asked individually and collectively both during and after the trade show what stood out. So, we figured that you—the readers—might be interested too.

Quite frankly, I’m always interested to see what the rest of the team says as the answers tend to be different given how we cover the trade show. This year, two things came to mind real quick, while it took a second to settle on the third entry. 1. Elie Bleu Olive Wood Humidor — This goes first because this is what I was telling people when they asked if I had smoked anything interesting during the show. As I explained to them and in the booth coverage, I don’t smoke new cigars during the show because I find it too challenging, so typically, the most interesting thing(s) I see is an accessory. This year was no different, there’s an Elie Bleu humidor made of olive wood—which isn’t that special for Elie Bleu—except that the interior is also made out of olive wood. The overall package is striking.

While $3,100 isn’t cheap, it’s a lot less expensive than I would have thought given Elie Bleu’s other models. 2. La Galera 85th Anniversary — There are a lot of father and son duos in this business and many of them have made a cigar together. The La Galera 85th Anniversary seems a bit different for a number of reasons. First, this is the first “official blend” for José Manuel Blanco. I have no idea what “official” means, but I’m guessing it’s the first time he’s completed a blend to the point where it is being sold. Second, the cigars are being sold together in one package, both José Manuel’s blend and one made by Jochy, his father, are being sold in the same set. But the added twist is that the younger Blanco actually used blending notes from his grandfather to come up with his own cigar.

It doesn’t hurt that the packaging is pretty interesting. I haven’t smoked either cigar, so I have no idea about that for the time being. 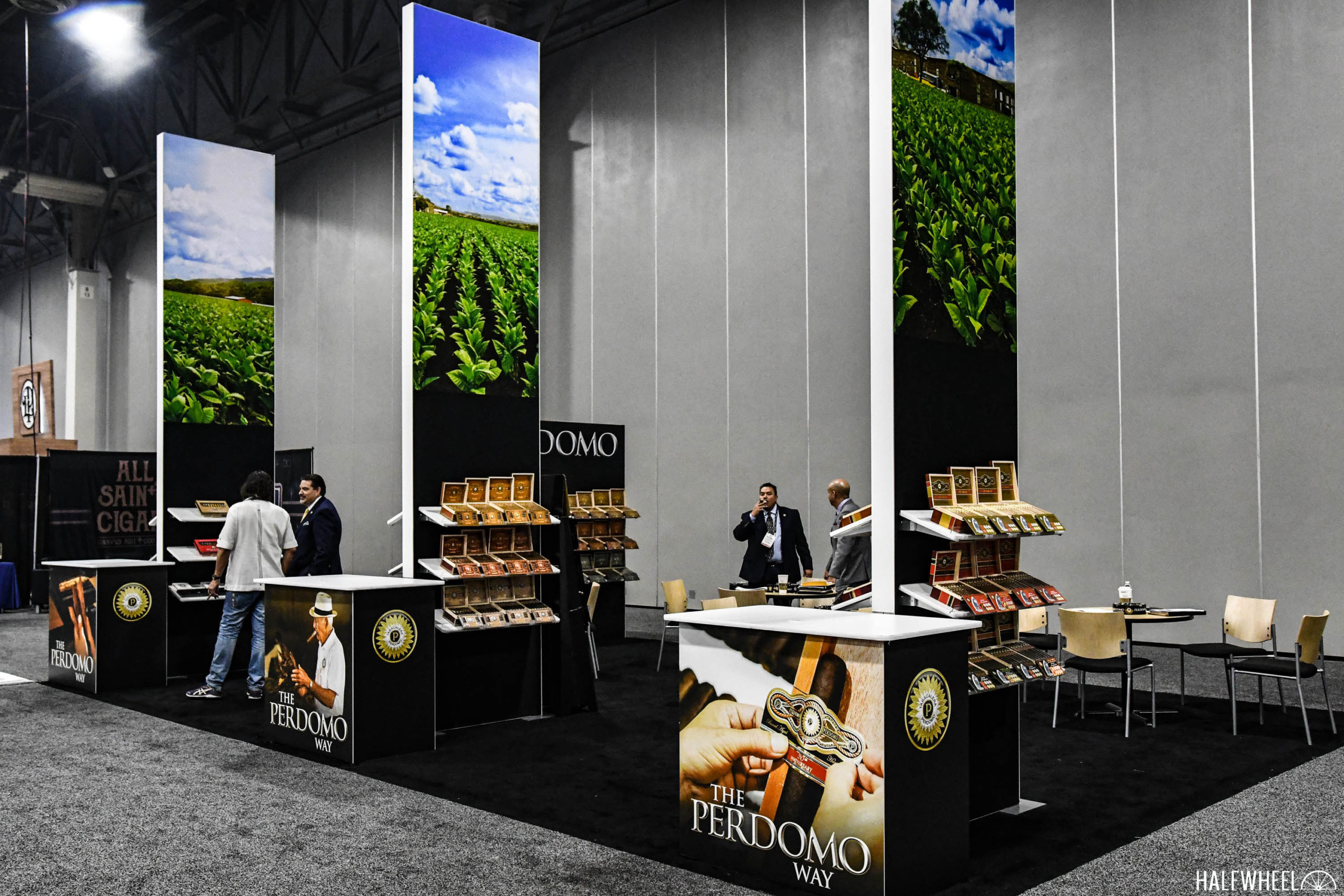 3. Smaller Booths — I’ll expand more on this later this week, but this trade show needs smaller booths. While it’s not good for the PCA’s finances right now, I was glad to see so many companies organically making the decision to cut down on their booth spaces. It’s not as pretty as the trade show used to be and it’s a bit jarring sometimes, but this is the future if there is one.

The basic explanation is that if this trade show is going to sufficiently fund the PCA as an organization, the PCA needs to be able to get more money from exhibitors. This doesn’t necessarily mean that exhibitors need to spend more money in Las Vegas, they just need to be spending more of what they are already spending with the PCA instead of companies like Shepard, the event services provider, and the Sands, the venue of the trade show.

In order to do this, the price paid per square-foot of booth space needs to increase substantially, which probably means most companies are going to want to cut back on the size of the space. The question I always had was how this change could come about by the PCA. It seems like you would need to warn companies, “hey, in two years we are increasing booth space prices dramatically because…” so that companies knew what was coming and could plan accordingly. The problem is, the idea of the PCA doing it is pretty much not believable given how the organization has operated. The fact that many, many companies decided to do it on their own is a good sign for the long term even if it is going to hurt in the short term.