A couple of days ago I saw someone who works at Rocky Patel. He apologized for not responding to my emails about what new products the company was planning for the trade show. His explanation: one of our products is going to cause so much controversy the company needed to have all of the ducks in a row. 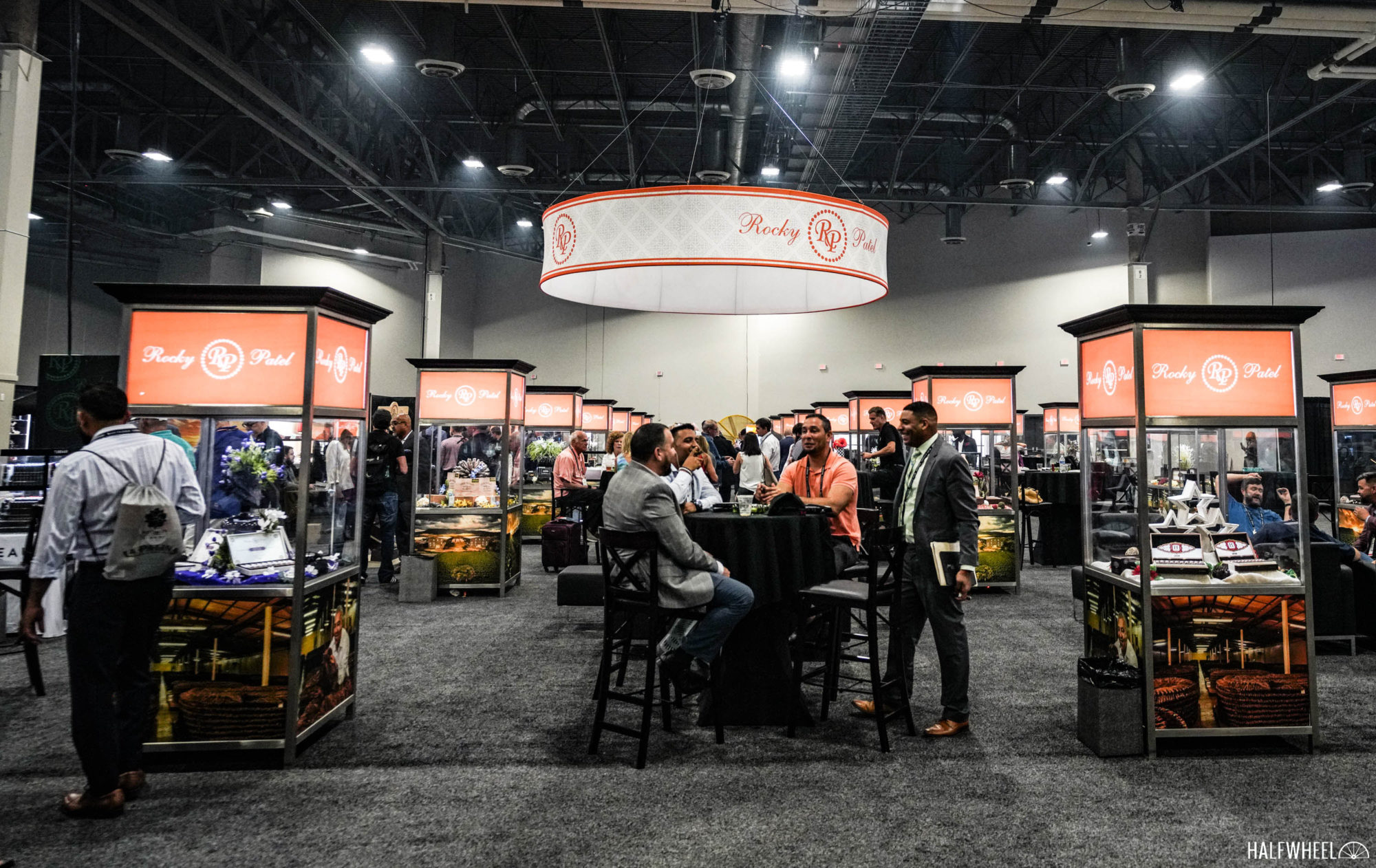 While many booths look and feel a lot different, one of the notable exceptions is the Rocky Patel Premium Cigars, Inc. booth. The tried and tested combination of a grid of display cases surrounded by lots of seating areas is back. It’s the same basic concept I’ve seen from Rocky Patel at every single PCA Convention & Trade Show I’ve been to, and I think it remains the most efficient booth for medium and large companies, both in money and time. The 5 3/4 x 58/50 perfecto size that is known as Bala is offered as part of a limited edition humidor. Interestingly, this cigar was offered earlier this year as a limited release for Smoke Inn, though not in humidors. 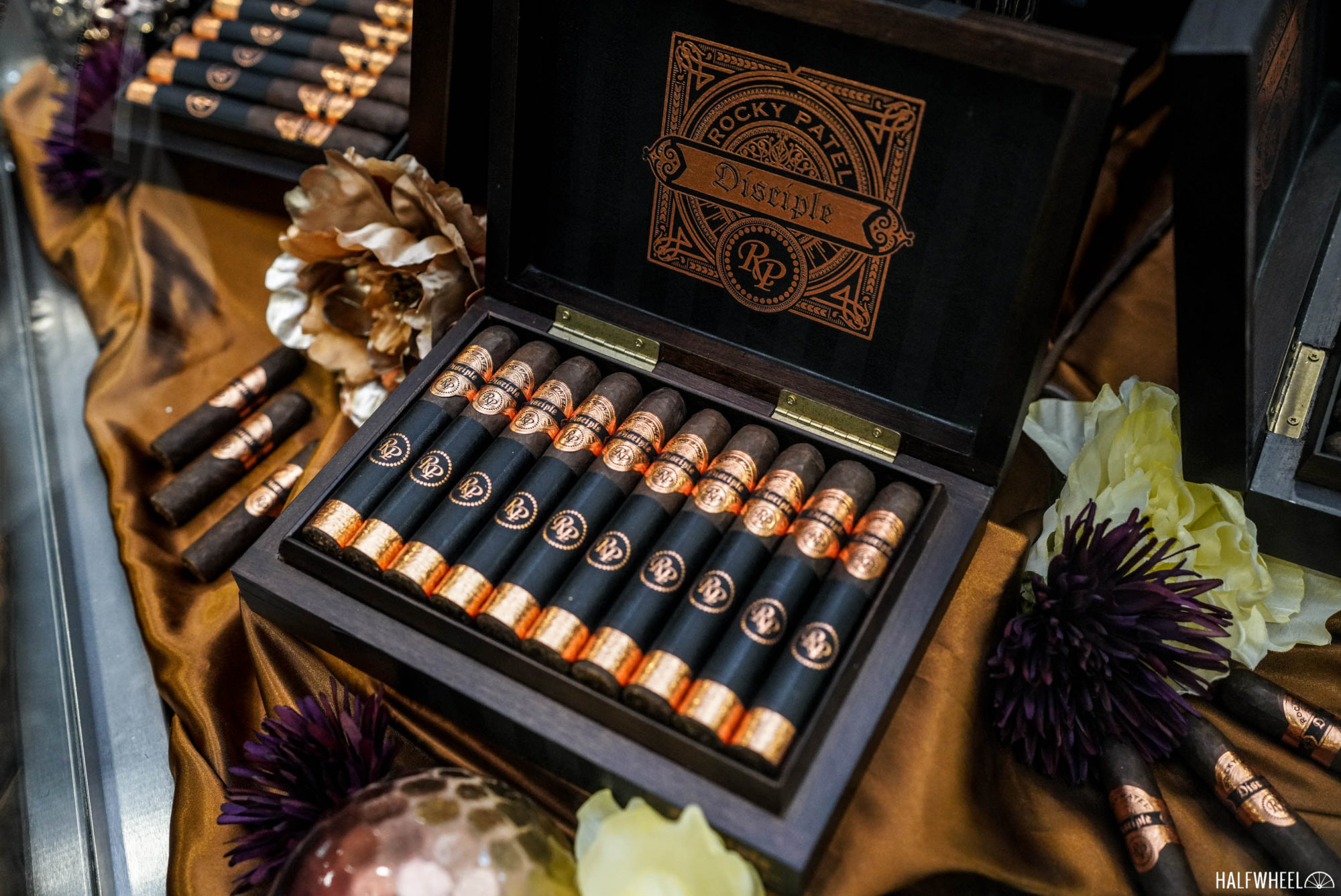 If there’s a new release that is going to get lost in the shuffle, here it is. This is yet another release that uses Mexican San Andrés wrapper over a Nicaraguan binder and Nicaraguan fillers and is rolled at the TAVICUSA factory.

It’s described as “medium-to-full bodied” and is a bit more affordable than the Sixty by Rocky Patel, which is also the same basic tobacco descriptions, though not the same blend.

Unlike the other humidors in the booth, this doesn’t actually come with cigars. The humidors are the same size as the Sixty and the Golf Humidors, designed for up to 125 cigars. On April 20, Rocky Patel’s trademark for “White Label” was published for opposition. Somehow, it appears that no one managed to get this successfully opposed, though I—not an attorney—imagine Viaje could have had something to say about this. The Connecticut-wrapped, white-banded cigar at the $19-21 price point is going to likely set off a nerve at Davidoff and probably to a lesser degree Altadis U.S.A. This also means Steve Saka’s prediction of  Dunbarton Tobacco & Trust having the “most controversial cigar of the trade show” has been proven wrong.

This is also being produced at TAVICUSA. Earlier this year Rocky Patel, the person, celebrated his 60th birthday. As he’s done for his 50th and 55th birthdays, that meant a new line of cigars to commemorate the occasion. Like the rest of his new cigars, this is coming from the TAVCIUSA factory. 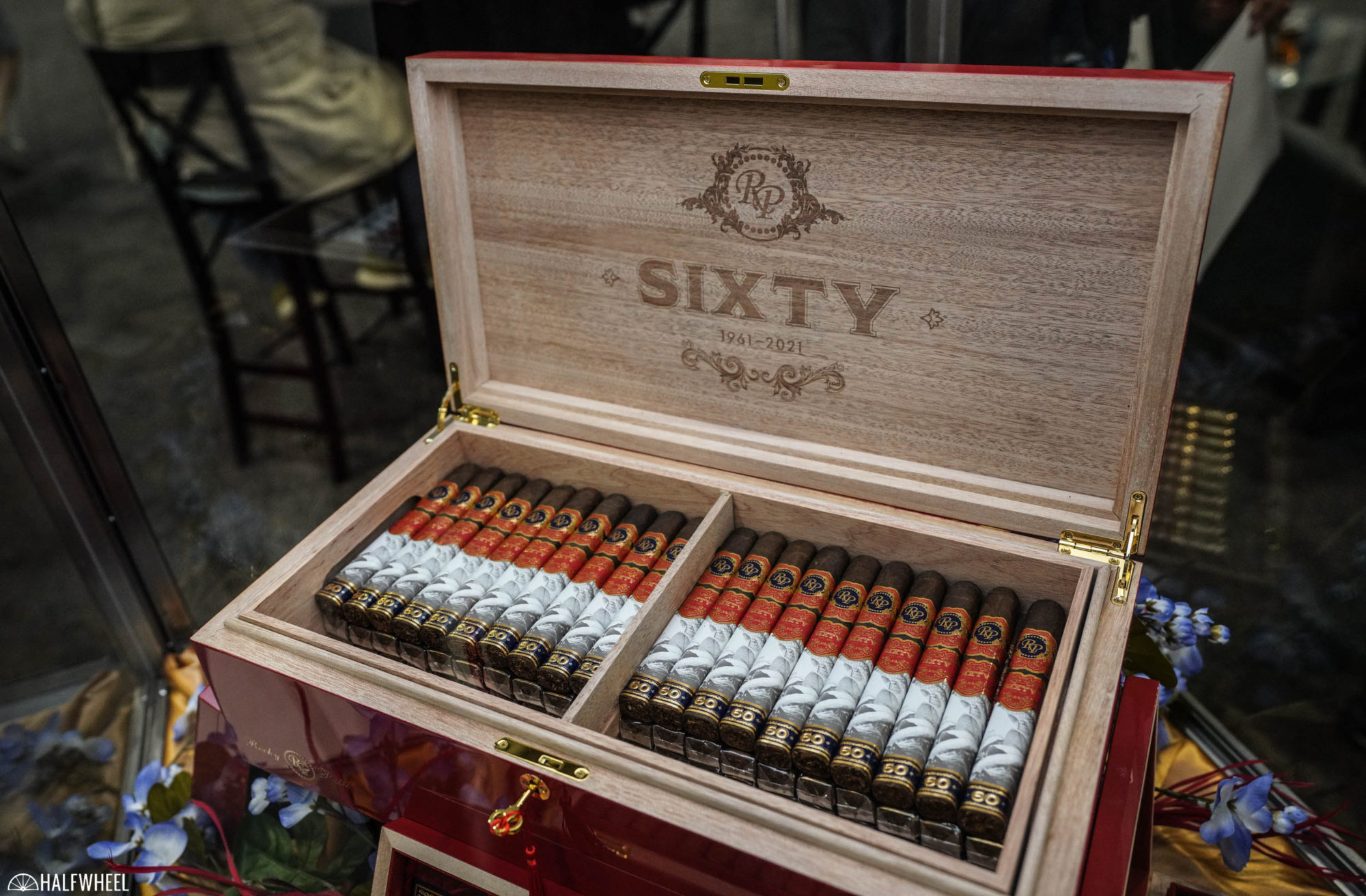 There is also a humidor that comes with 100 of the Toros. The cigars are the same as the regular version, though there’s a bit of an added cost for the humidor as the MSRP for the total package is $2,500. This is a new concept from Rocky Patel, Altadis U.S.A., Drew Estate and Oliva. Retailers can pick between four different humidor display options, which will allow from 4-16 different SKUs to be displayed. As the name implies, it’s made to display tubos.

For retailers, the upside here is that the humidors allow for more lines to be displayed in a much, much smaller footprint than would otherwise be possible if these cigars were being sold in traditional trays or countertop humidors.