Padrón is among the handful of booths that always have a steady stream of retailers and this is no different shortly after the doors opened on Saturday morning. The company kept the same booth design that it has used for several years, a tall, almost imposing structure on the show floor that has an extensive display area for the company’s current offerings, as well as spaces for the company to show off some of its rarer items like the family humidors. There are also a handful of monitors showing clips of Jose Orlando Padrón talking about cigars and tobacco as well as the company’s factory in Nicaragua. Speaking of the Padrón patriarch, he is being honored this year by way of a new release for the Padrón Family Reserve line, and while snapping photographs of the booth it was interesting to hear the chatter about these new 60 ring gauge offerings. The company is still finalizing a number of details, production numbers, a release date, and pricing—though it will have an MSRP of between $25 and $30. When these do show up, you’ll want to grab as many as you can because the company will not be making them available again, at least as of now. And for those wondering, the Padrón/Fuente project has been pushed back to 2022. 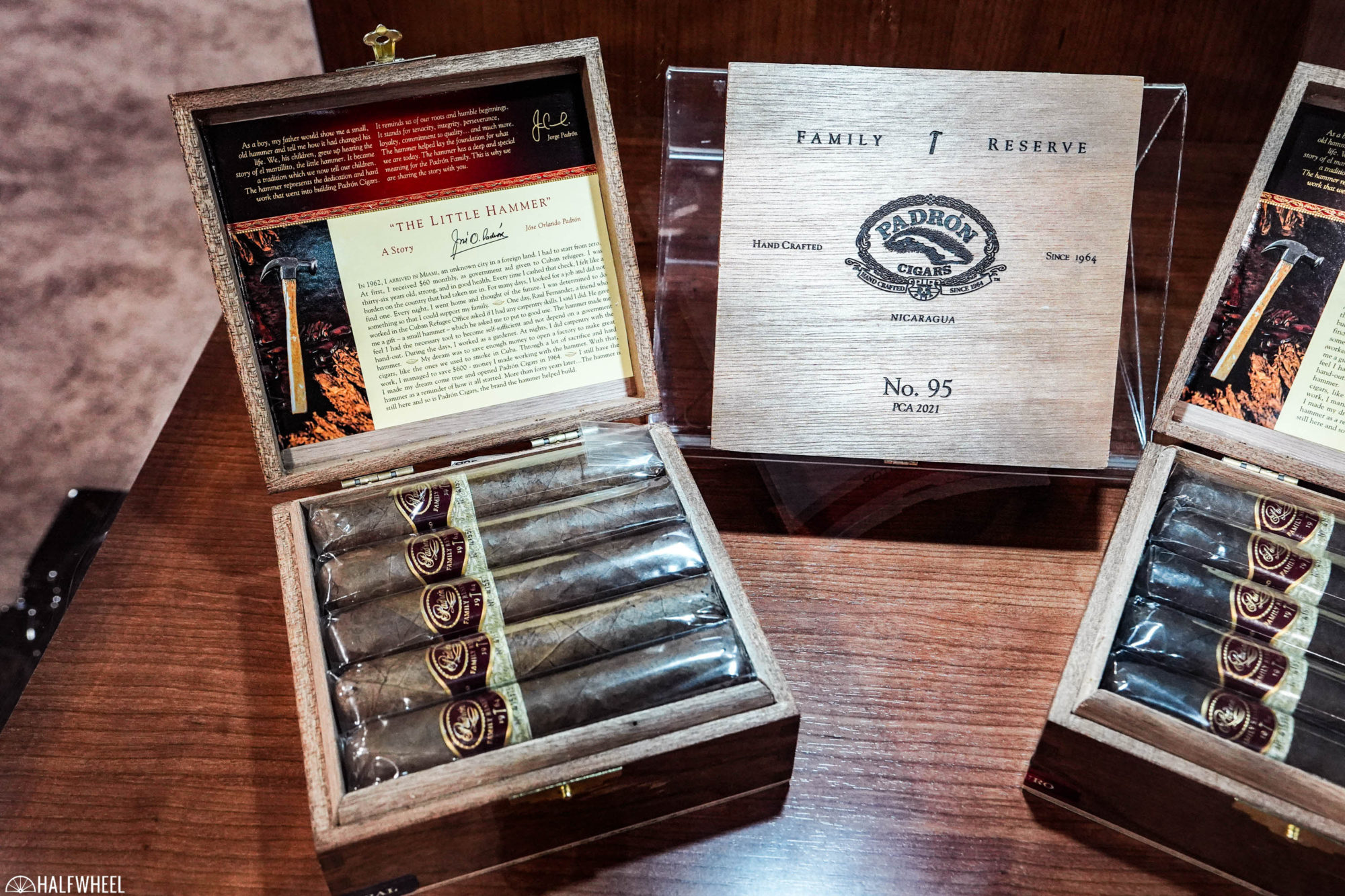 Padrón Family Reserve No. 95 Natural
Padrón isn’t known for big ring gauge cigars, but it is adding a petit gordo that measures 4 3/4 x 60 and is named in honor of what would have been company patriarch José Orlando Padrón’s 95th birthday. It is a limited edition, though the company does not know exactly how many it will end up making. What Jorge Padrón did say is that it will be based on how many orders are placed at the show, and how much tobacco the company is able to allocate to this limited edition. It will use the same blend as the rest of the Family Reserve line, though, as usual the company doesn’t get into too many specifics about the tobacco its uses. Padrón Family Reserve No. 95 Maduro
As with pretty much every Padrón release, the Family Reserve No. 95 Maduro version will also be getting a maduro version, and like the Natural the details about pricing, a shipping date and production numbers are still being finalized. Jorge Padrón was hopeful that they would be on store shelves sometime in November, but for now felt best to call it a late 2021 release.