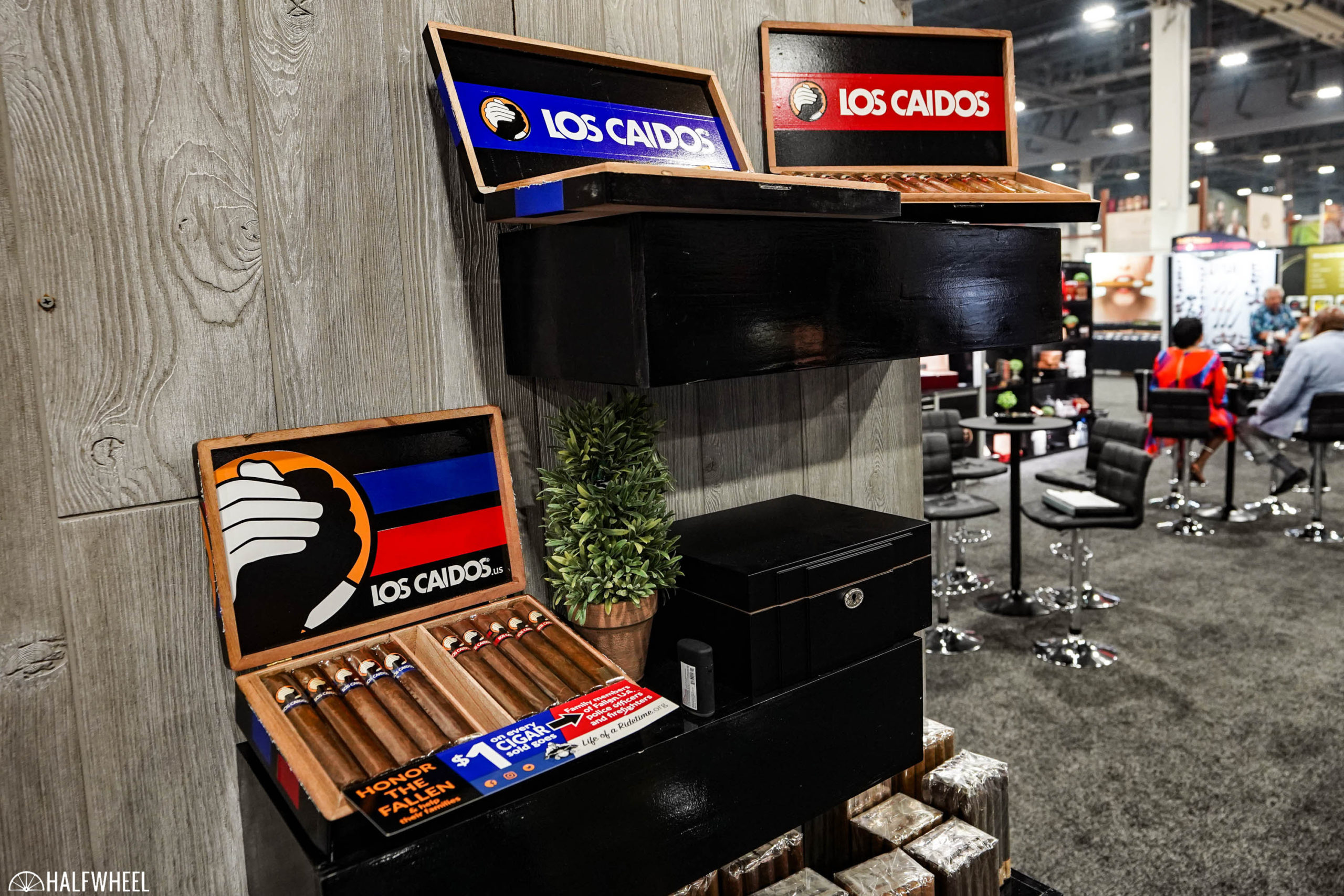 There is nothing new in terms of products from Los Caidos this year, but the company is gearing up for what should be a 2022 that will have a number of new products. This year, though, the focus is on the company’s new distribution agreement with Sutliff Tobacco, which meant it has one of the dozen or so booth spaces inside that booth.

Steve Zengel told halfwheel that the company is continuing to build its foundation with its existing line, while exploring and laying the groundwork for a number of projects that are slated for the 2022 PCA Convention & Trade Show. While he didn’t want to get into too many specifics, he hinted it would not only mean new cigars, but some new events that will be well beyond your typical cigar event.