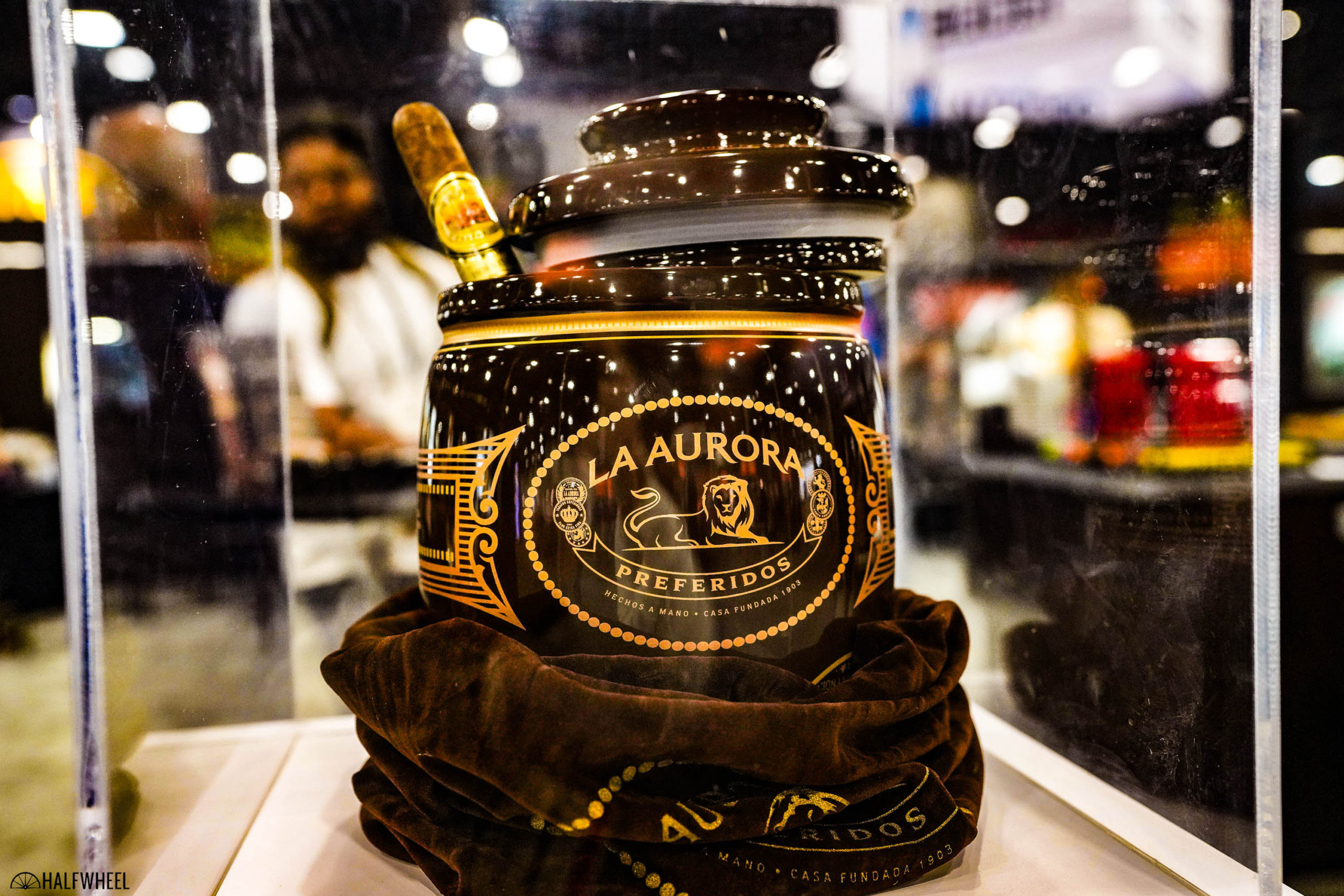 For whatever reason, La Aurora decided to only talk to halfwheel about one news item prior to the 2021 PCA Convention & Trade Show. And while I appreciate the fact it gave us info about one line, out of the four options it could have chosen, the one it decided to talk about is far and away its least interesting item in my opinion. In fact, it isn’t even new. And to make matters less sensible, it’s not even in Las Vegas. What’s annoying is that one of the actual new items in the booth has a great story, one that I would have appreciated more details about. As for the booth, La Aurora is part of Miami Cigar & Co., its U.S. distributor. Because of a change in strategy at Miami Cigar & Co., the company shrank its booth, removed its large center structure and opened things up. Quite frankly, it won’t surprise me if it tries to open it up and shrink the space even more. 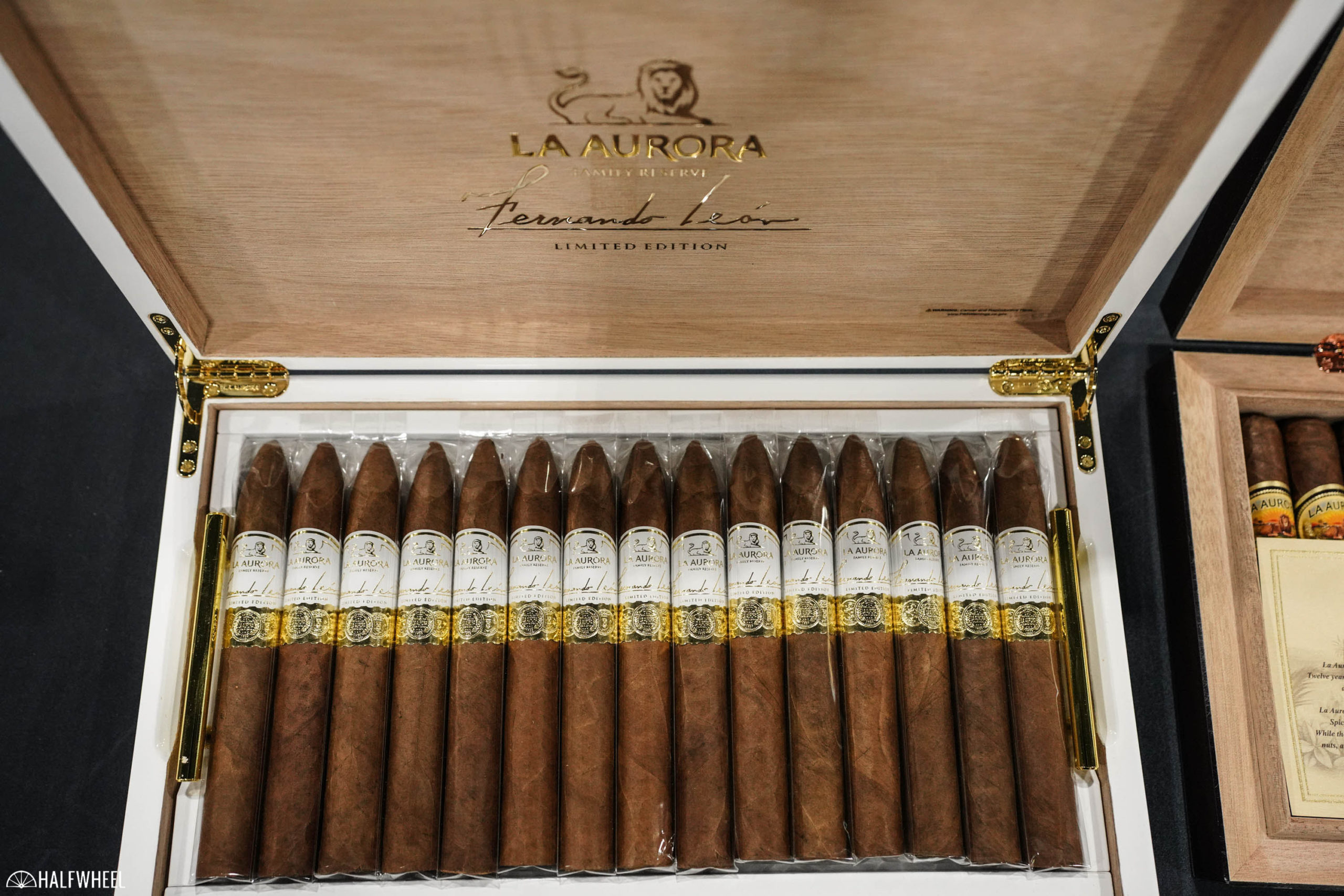 The release that the company should have talked about is this, a new limited edition Fernando León line. What’s crazy about this line is that it actually has a story, though you’ve got to ask multiple people to hear it. Fernando León—the late owner of La Aurora and father of its current owner, Guillermo—actually purchased the corojo wrapper that is being used for the release. It sat in the factory for years and is now being used. The Belicoso is the first of three planned sizes for the line. This is not the same blend as the regular production Fernando León Family Reserve line. 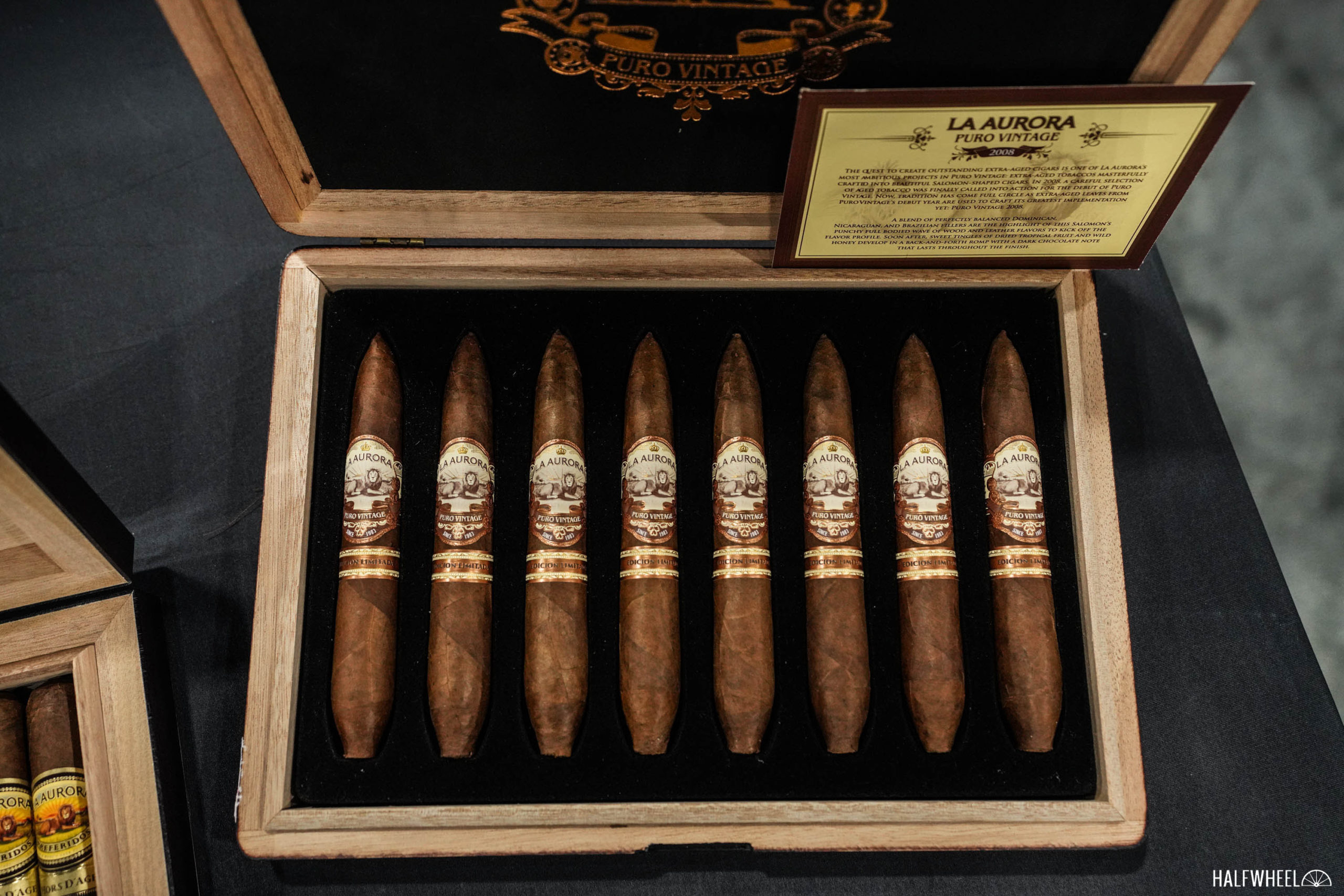 La Aurora has released new Puro Vintage vintages in 2016 and 2018, and it seems likely this would have come out in 2020. Then the pandemic happened and the cigar was delayed. All the tobacco comes from 2008 and there’s Dominican tobacco used for the wrapper, binder and in the filler, though some of the filler comes from other countries.

So this isn’t new, rather, La Aurora is reintroducing the León Jimenes Connecticut with new packaging in the U.S. Only five of the 10 sizes are going to be offered in the U.S., I’m not sure that the decision to sell both a 7 1/2 x 50 double corona and a 7 x 47 Churchill is the most logical choice in vitolas, but I guess we’ll see. Of note, this wasn’t in the booth.