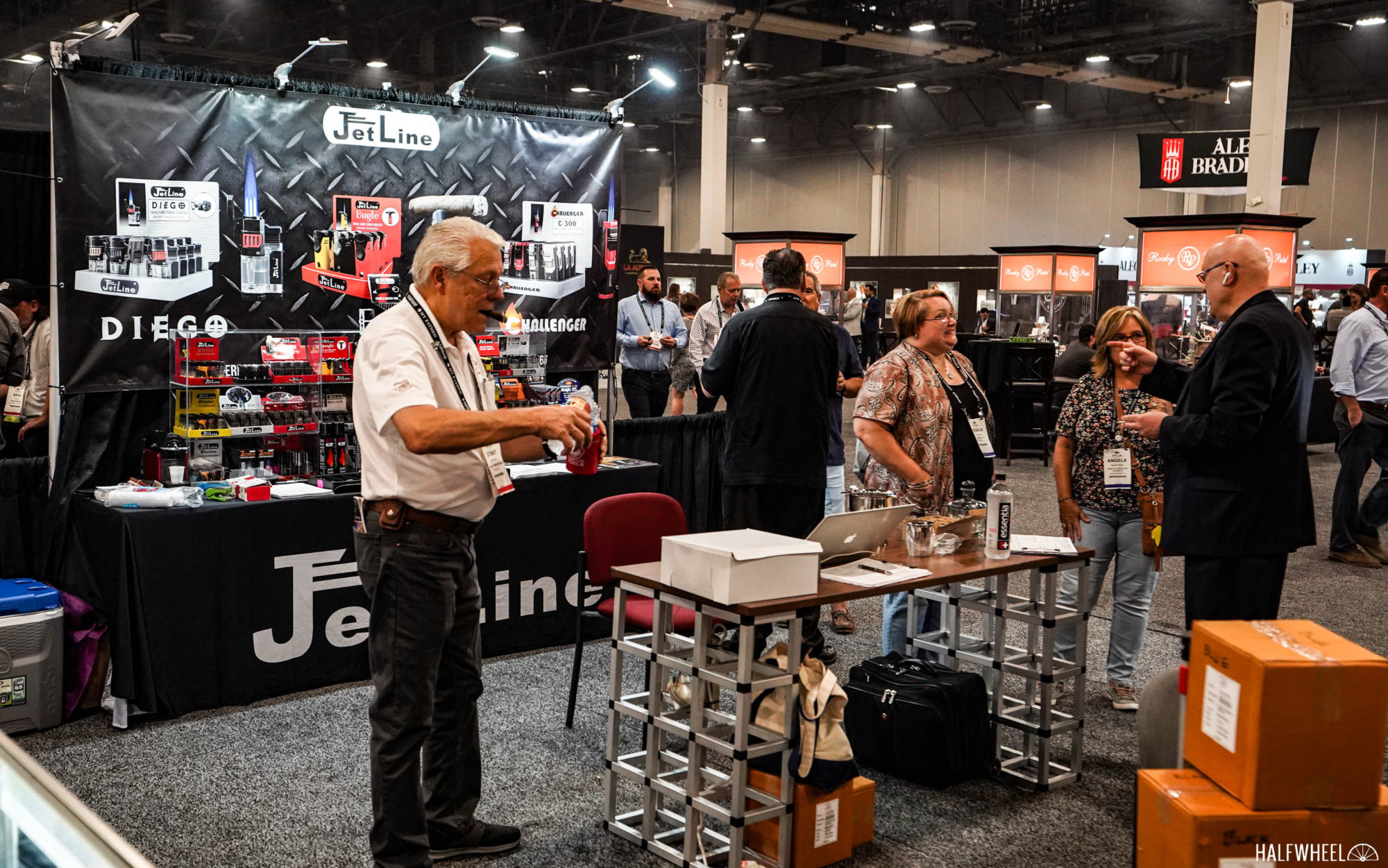 Such is the case with JetLine’s lone offering this year, and it seems to have had an impact on the company’s booth. While the feel is the same as previous years with numerous display cases and some tables for order writing, the size has definitely come down and the sheer number of products was reduced a bit. While the booth is a bit different, it does have the benefit of being located right near the front of the show and along some of the more highly trafficked aisles once retailers and others were inside the doors. If you follow JetLine’s release schedule closely, you might be thinking that this looks a lot like a lighter that the company announced in January 2020. It is the same lighter, as what was once called the JetLine Protector was shown off at the 2020 Tobacco Plus Expo in January of that year and scheduled to ship that May. However, numerous delays in manufacturing and freight pushed back the lighter’s release, which is now scheduled for either August or September 2021.

As for the lighter, it is now known as the Protection, and the MSRP has increased a bit, but the details remain the same. It is a high-powered, single flame tabletop lighter that can also produce a soft, candle-style flame by moving a small lever on top of the unit. It’s also free-standing with a locking ignition for hands-free use.

It is available in either red or yellow metal over a black plastic base.