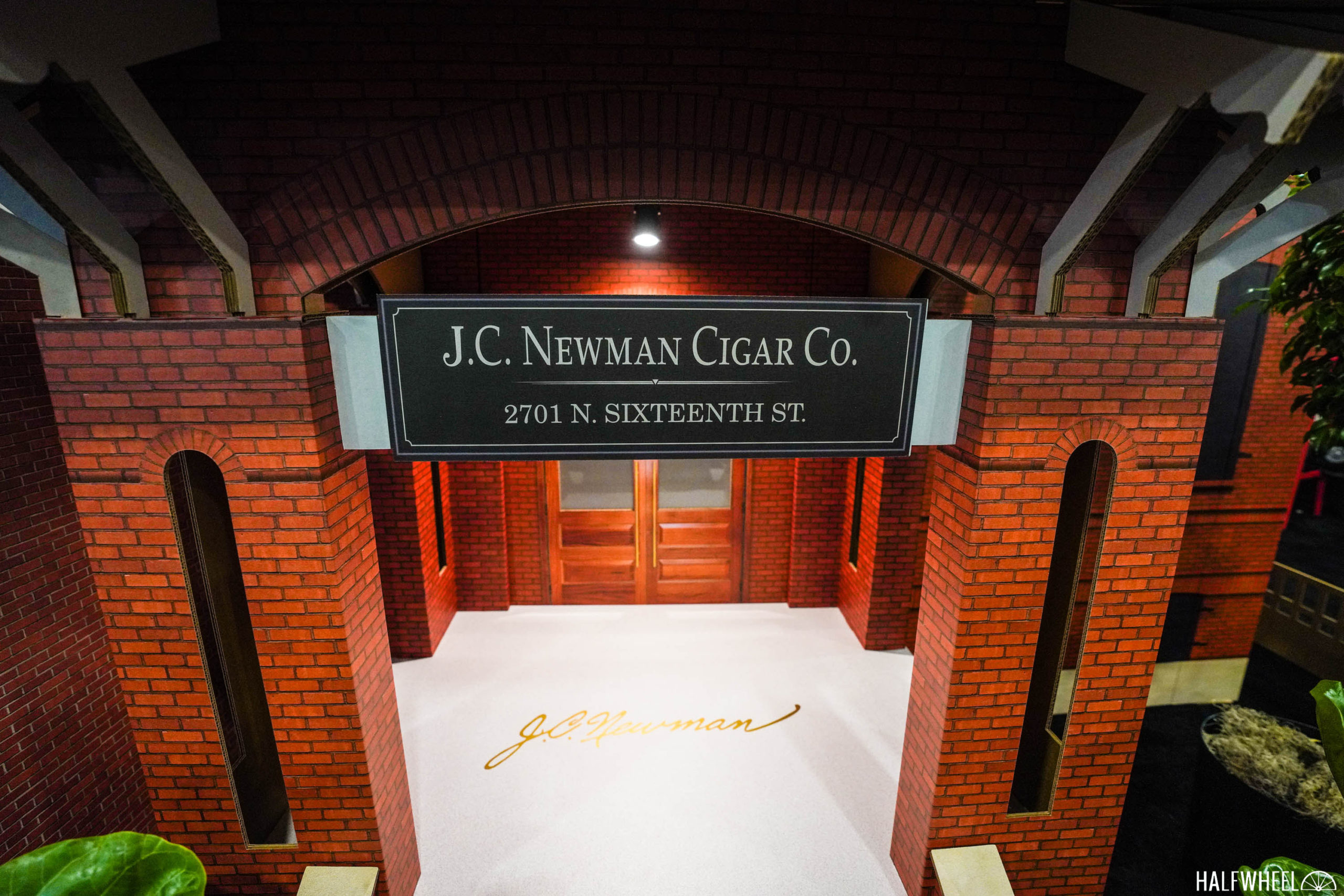 A couple of months ago Drew Newman told me that J.C. Newman wouldn’t be bringing any new items to the 2021 PCA Convention & Trade Show. In fact, he said that not only would Newman not have any new items to show off—which maybe isn’t the case—but that the company wouldn’t even be displaying cigars. The plan was to promote the company’s historic El Reloj factory in Ybor City, a neighborhood in Tampa that made the moniker of “Cigar City,” and that factory’s recent renovation. The new J.C. Newman booth, made by GOKARTON, is allegedly the tallest cardboard trade show booth ever constructed. More than 2,000 pieces of cardboard are used to create a replica of the company’s factory in Tampa – most notably, the famous clock tower for which the factory is named. In 2019-2020, J.C. Newman renovated the factory to add an event space, a modern museum and a more defined space for its hand-rolled factory, which produces cigars like The American. I still haven’t seen the completed renovations, but it sounds like I’ll be visiting later this year. Inside of the cardboard structure is a small slice of the museum that you can visit in Tampa. There were a few cigars, a mixture of both new and vintage cigars, as well as a couple of “exhibits.” I actually wish there were a couple of chairs inside as the cocoon-like elements of the cardboard structure and hanging tobacco were a nice escape from the rest of the show floor. I highly recommend the visit to the actual factory, not only because it’s a cigar factory, but also because of the uniqueness of the factory. While most of our readers are probably familiar with The American, the vast majority of the cigars J.C. Newman makes at the factory are produced on “antique” machines.

This went on sale last weekend but actually isn’t on display here. It’s a new size for The American, which is rolled at the aforementioned factory in Ybor.