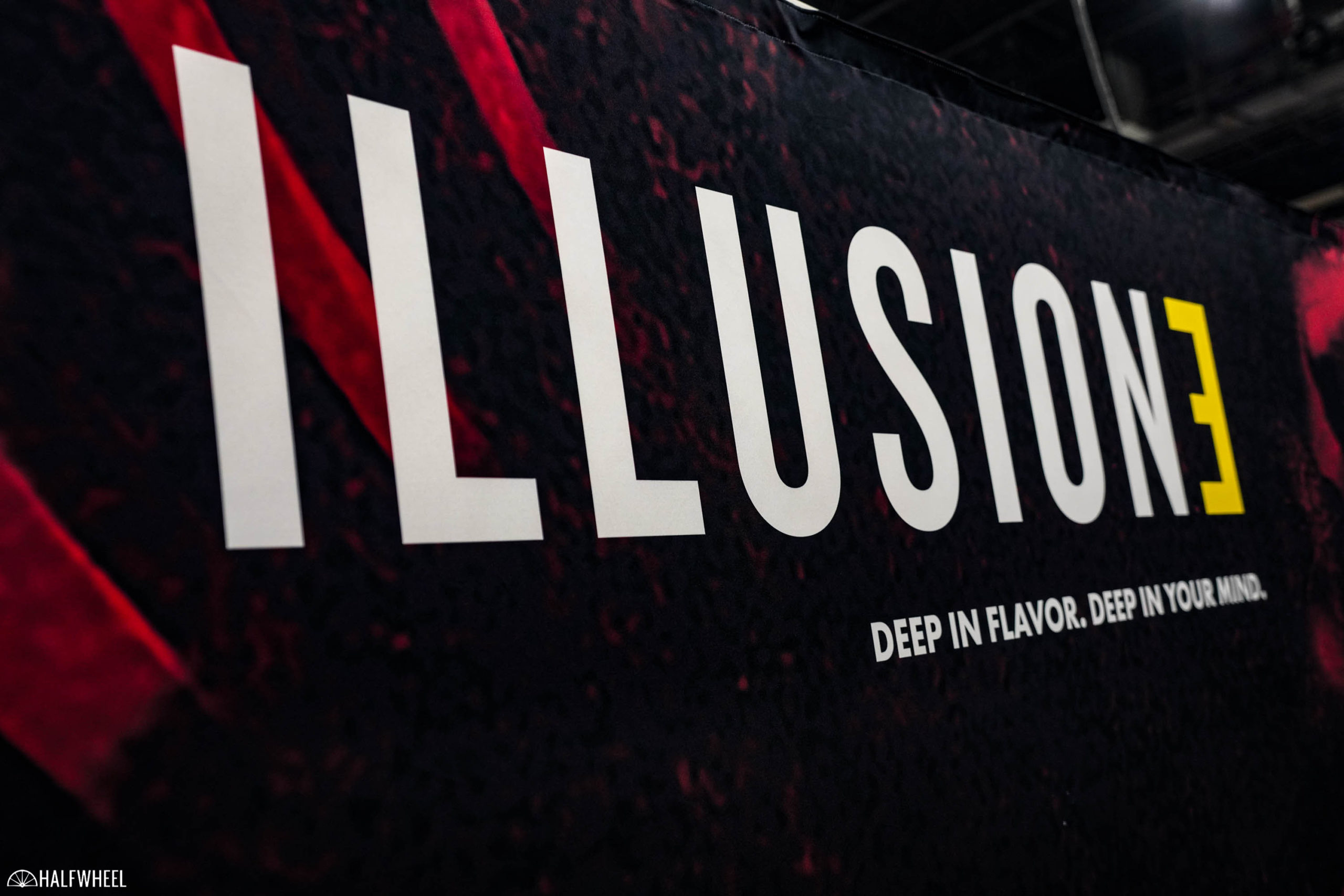 Illusione has been a mainstay company at the IPCPR/PCA Convention & Trade Show for more than a decade, but the amount of product that the company has to actually show off varies from year to year. This year, there are no physical examples of any of the company’s future releases to view or photograph, and owner Dion Giolito refused to confirm any concrete release dates of any new product, beyond confirming they were being worked on and that shipping dates would be given after he actually has them in hand. From a physical perspective, the Illusione booth at this year’s show was quite small compared to the one that the company used in 2019; in fact, the newest booth was basically just a printed background with tables and chairs in front of it. However, that did not stop the customers, and the booth was extremely busy every time I walked past.

The one-time limited release from last year is back, but the second incarnation is being sold exclusively to retailers who attend the trade show. There are no cigars on display in the booth, including this one.

A “sister brand” to Illusione’s OneOff line, this blend will include a 2012 corojo and 2006 corojo tobaccos.

Illusione will be collaborating with STG’s General Cigar Co. and its Hoyo de Monterrey Excalibur for an upcoming release.

OneOff is an early 2000’s brand that Giolito acquired from Cuban Crafters in 2017 which he reblended and released as a seven-vitola line in 2018. Included in that line release was the +53 Super Robusto which is slightly different from the others, although Giolito refused to elaborate further. The +53 in the name referring to the country code of Cuba when you make a phone call.

At the show, Illusione was selling two brand new vitolas of the +53 version, both of which are packaged in 10-count boxes.